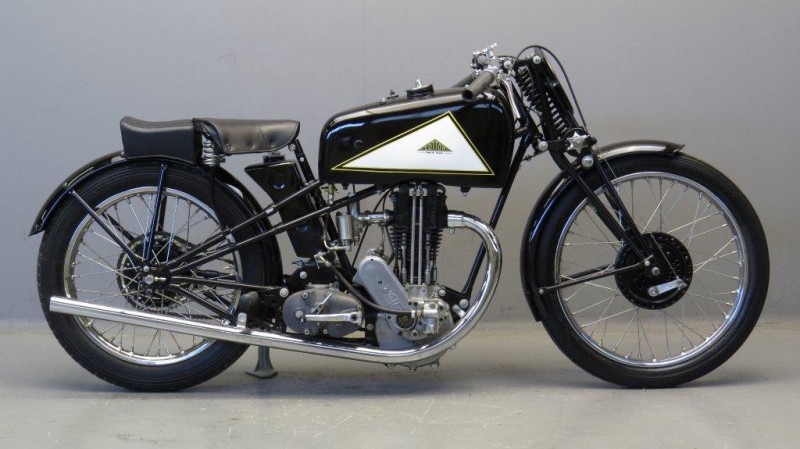 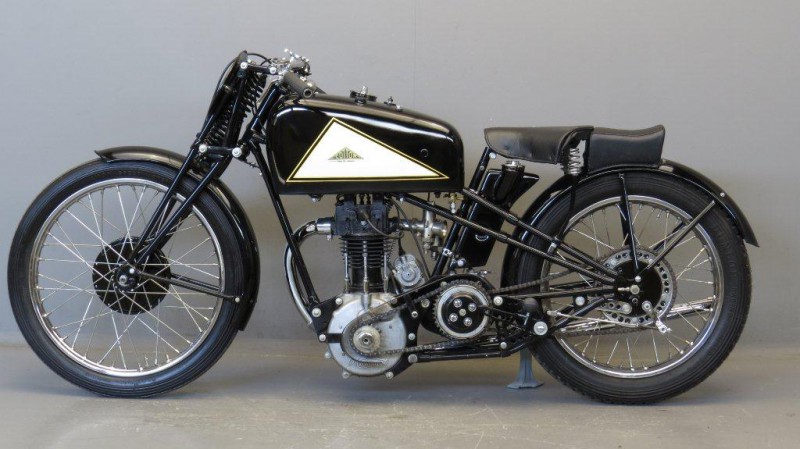 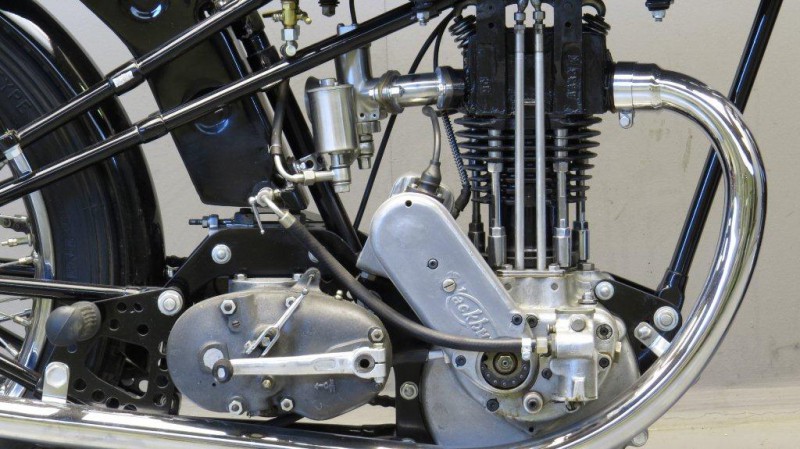 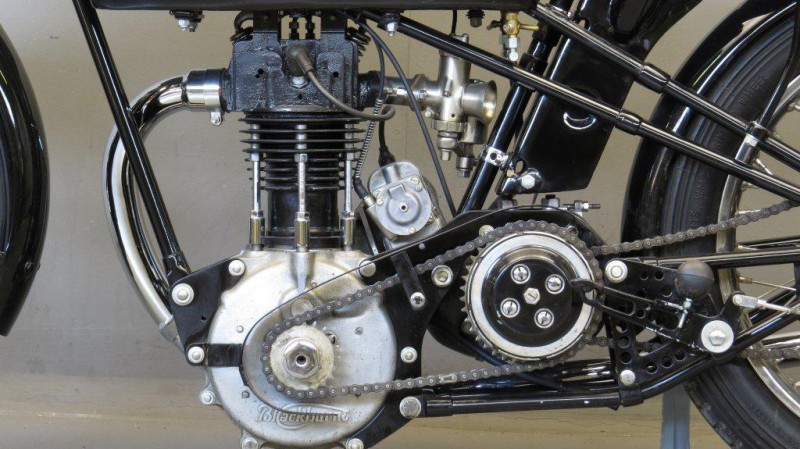 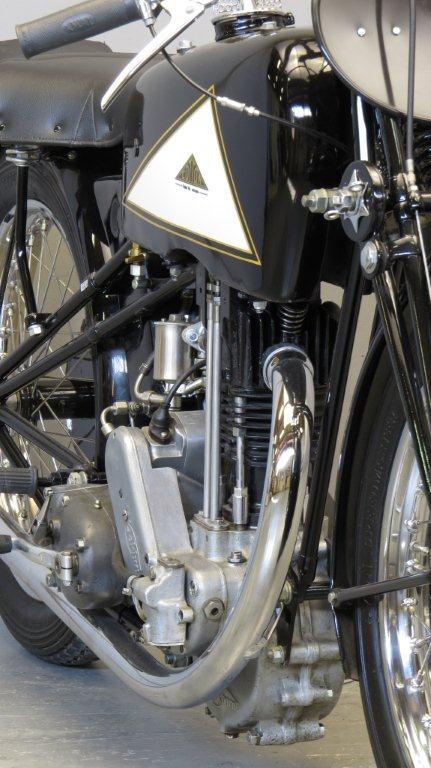 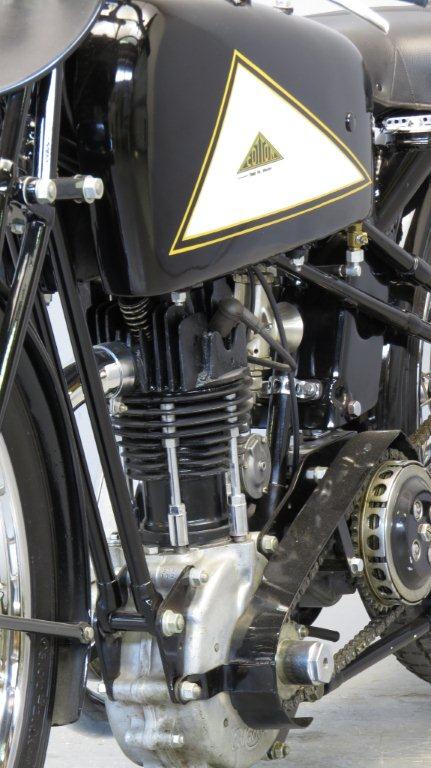 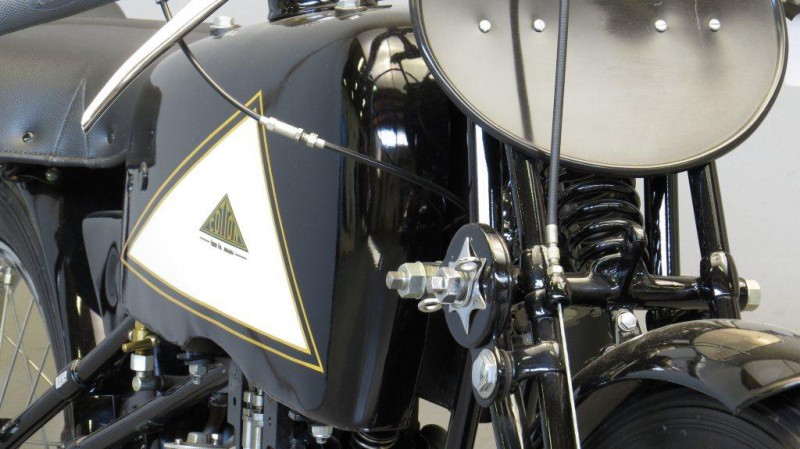 Gloucester-based Cotton established its reputation with a string of racing successes in the 1920s thanks to an innovative frame patented by its founder, Frank Willoughby Cotton.
Cotton's design featured four straight tubes running from the steering head to the rear wheel spindle, augmented by further straight stays supporting the gearbox and engine.
The result was a stiff, lightweight chassis far in advance of the bicycle-derived diamond-type frame used by the majority of manufacturers.
Like other small independent firms Cotton relied on proprietary engines, principally JAP and Blackburne, but such was the advantage conferred by its frame that the Cotton had little trouble seeing off similarly powered rivals.
The legendary Stanley Woods made his Isle of Man TT debut on a Cotton in 1922, going on to win the Junior event at record speed the following year. Countless wins and podium  places were achieved in international events throughout the 1920s, Cotton's finest TT achievement occurring in 1926 when its entries finished 1, 2, 3 in the 250 Lightweight race.
Previous owner Jack Squirrel purchased this Cotton-Blackburne racer in the early 1980s from well-known Brooklands competitor, the late Rupert Leveson-GowerJack Squirrel raced the Cotton-Blackburne in Vintage events in both the 250cc and 350cc classes, the last occasion being at Snetterton in 1993.
He later had the Cotton-Blackburne  restored by Sammy Miller and the machine has been kept on display at Sammy's world-famous museum in New Milton, Hampshire since completion in 2005.
As presented, the Cotton-Blackburne is fitted with the correct type of Burman racing gearbox with magnesium shell (modified to accept a Norton clutch) Webb forks  and a replica fuel tank.
The former owner purchased the machine  from Jack Squirrel a few years ago.
A spare 250cc cylinder barrel and piston come with the bike together with a file of correspondence.
Research  into the bike’s history using the Brooklands Society archives might well prove rewarding for the next owner!

See this Cotton in 2007 going up the test hill at Brooklands by famous racer Sammy Miller MBE.
https://www.youtube.com/watch?v=89fdI5yVnV8