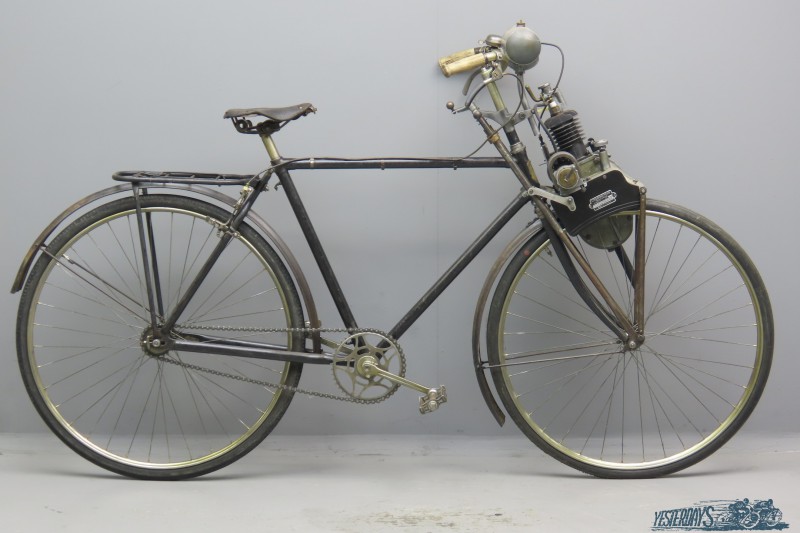 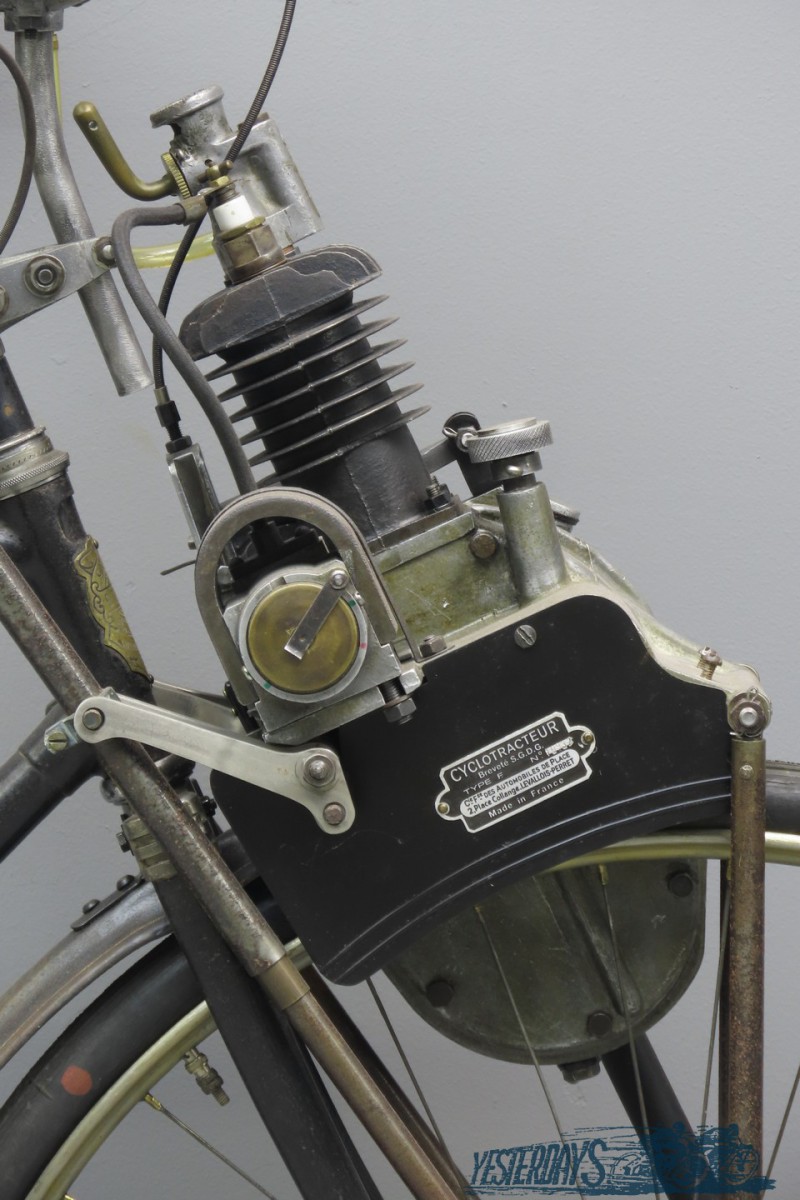 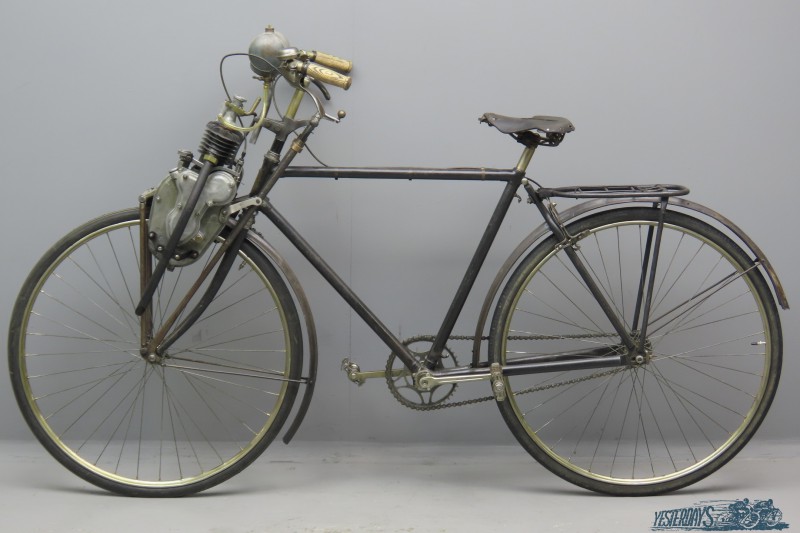 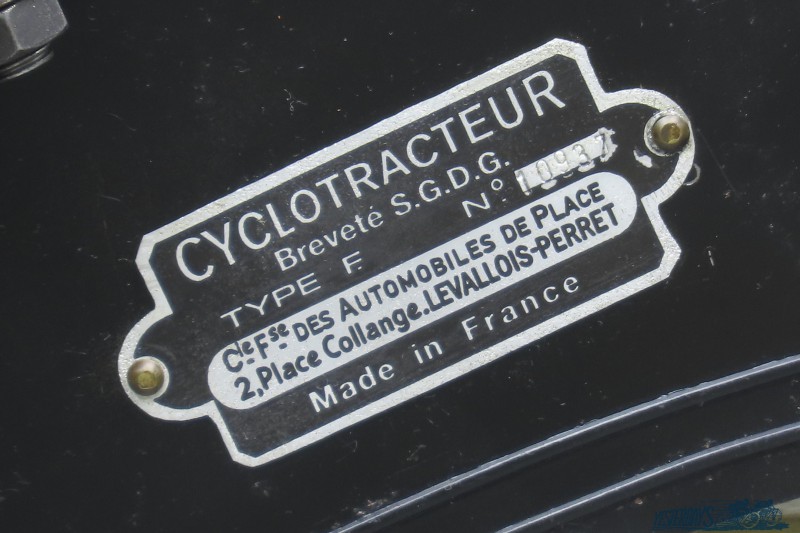 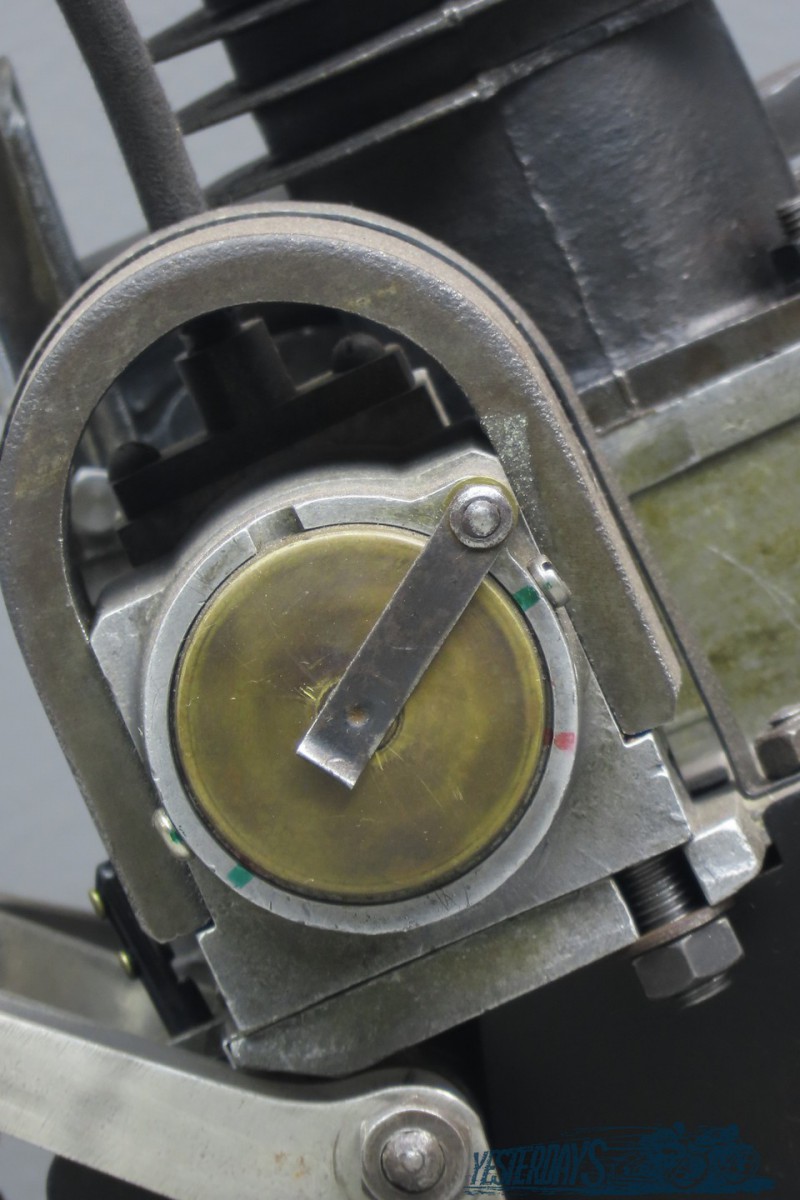 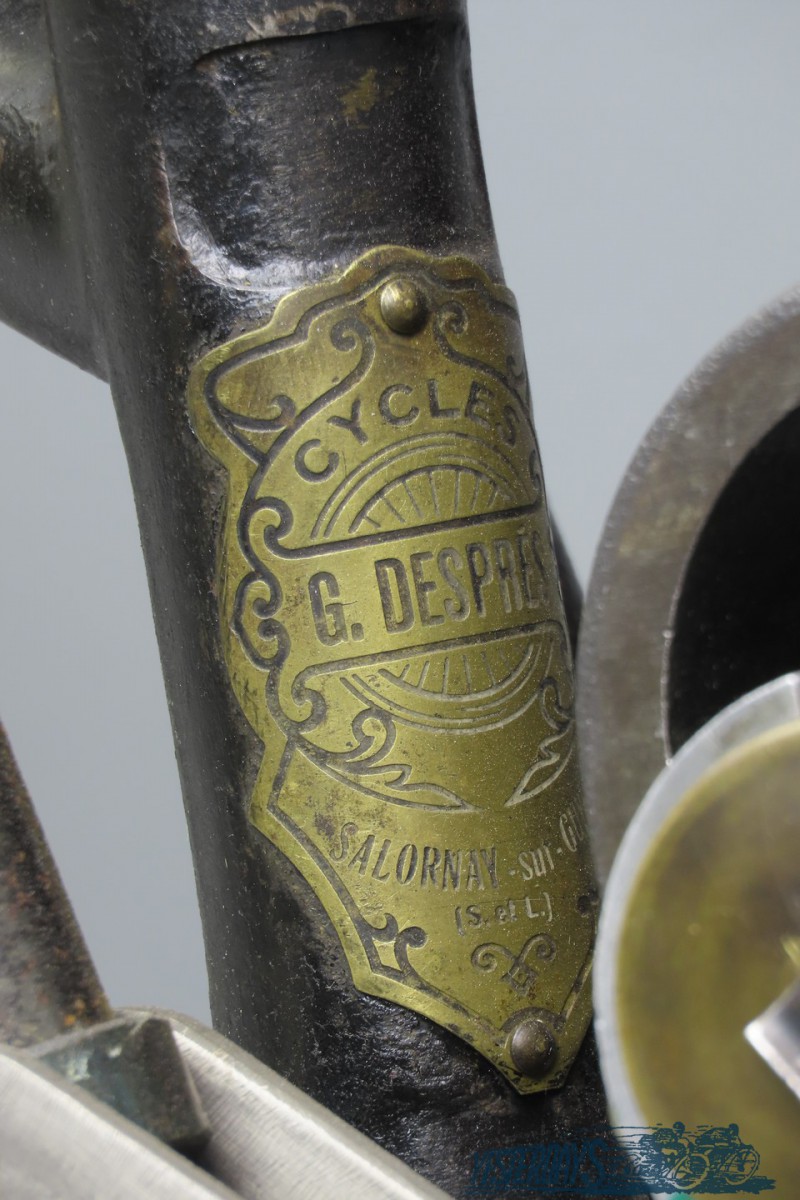 This little engine was considered quite innovative when it was first displayed at the Paris Show in 1913.
The 50×55 engine displaces 108cc and delivers 1½ HP @2,500 rpm. Its weight is 30 lbs.
Inside the timing chest is a train of gears that drives the magneto and the oil pump.
The side exhaust valve is mechanically operated, the automatic inlet valve is situated directly under the carburettor.
The drive is transmitted through the front wheel by friction roller.
Two types of roller were available, a ribbed cast iron one for dry weather and one covered with emery for when it was wet.
A small tram handle behind the headstock raises and lowers the engine unit on telescopic tubes.
The First World War delayed the start of the production so the first examples were not delivered until 1918.
After the war the engine was imported in Britain for some time by a London firm.
For Cyclotracteur details & road test see Philip Tooth’s article in “The Classic Motorcycle” of June, 1990.

The engine is fixed to a period bicycle, manufactured by G. Despres in Salornay-sur-Guye, a commune in the Saône-et-Loire department in eastern France.
The bicycle is in good authentic condition and the engine has been checked; the crankshaft is in excellent shape, a new exhaust valve has been fitted and ground in.
The Déesse magneto # 104016 has been rewound.
All in all a fine, rideable example of this early form of motorized bicycling.