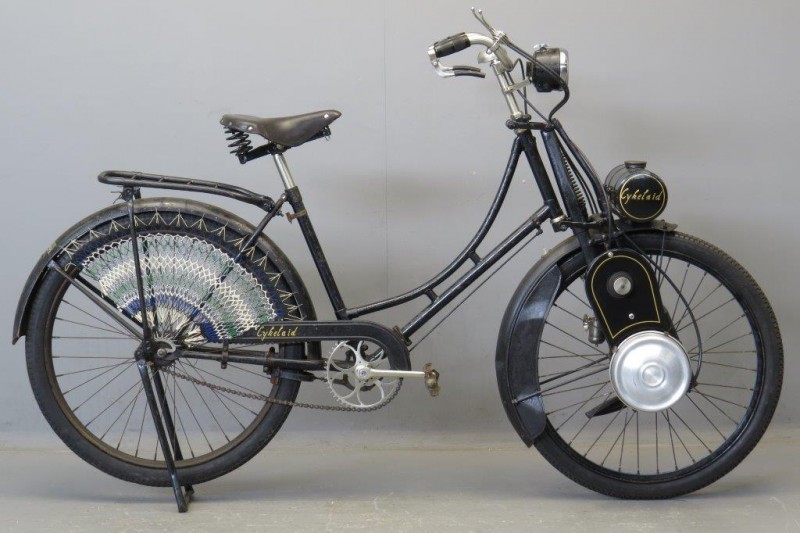 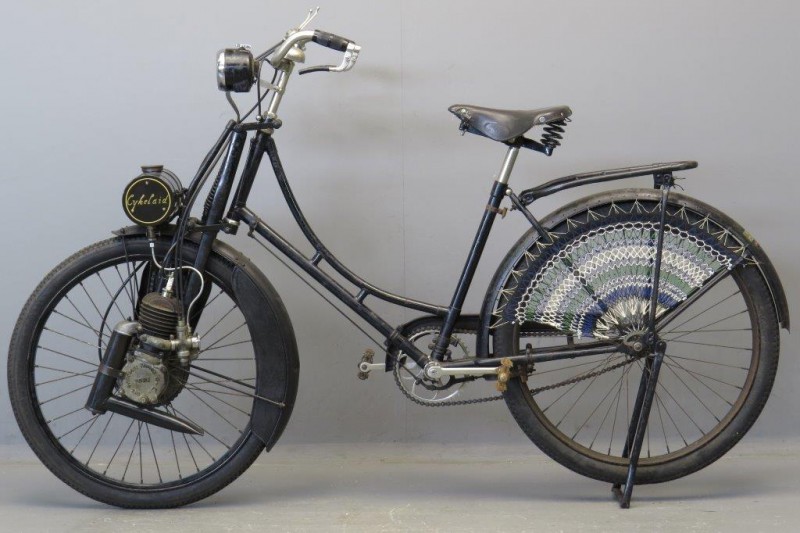 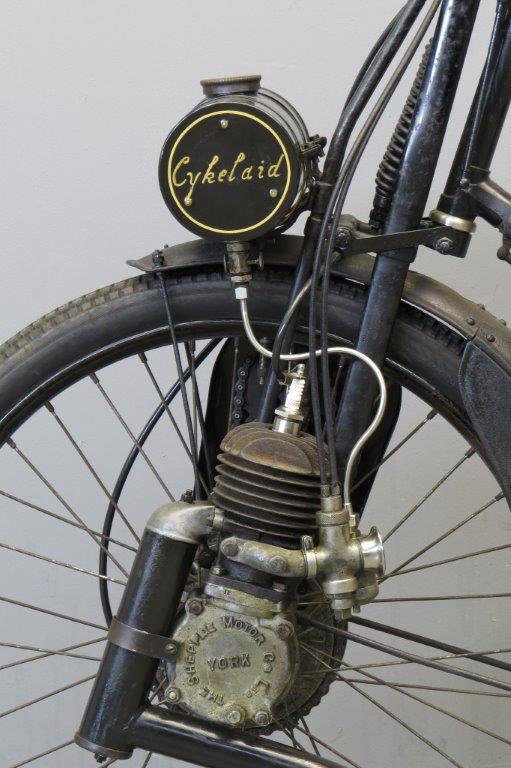 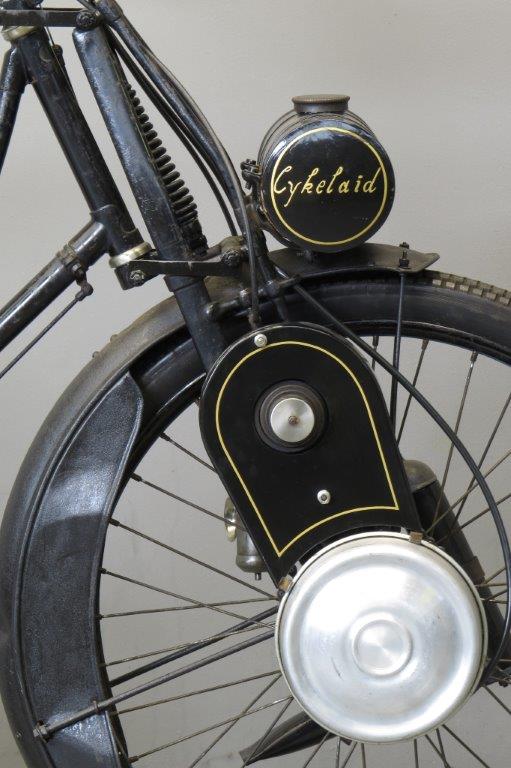 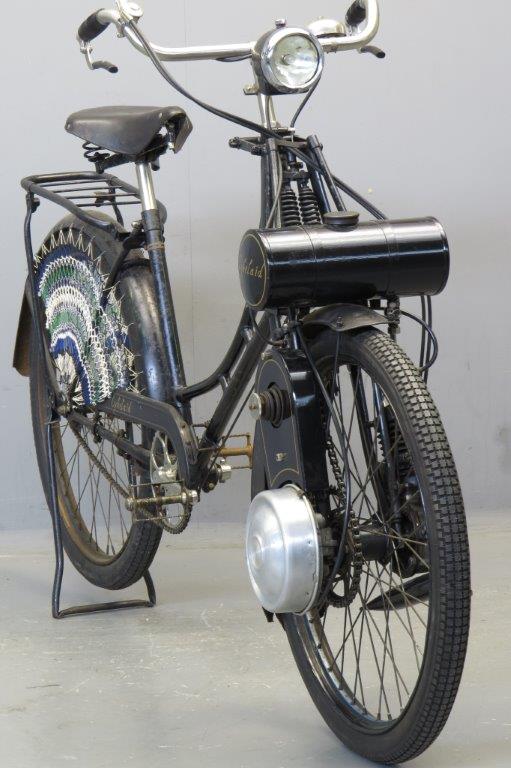 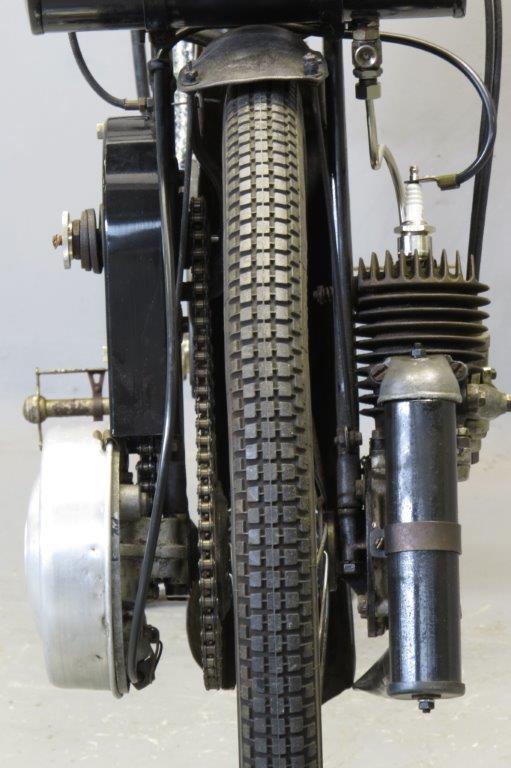 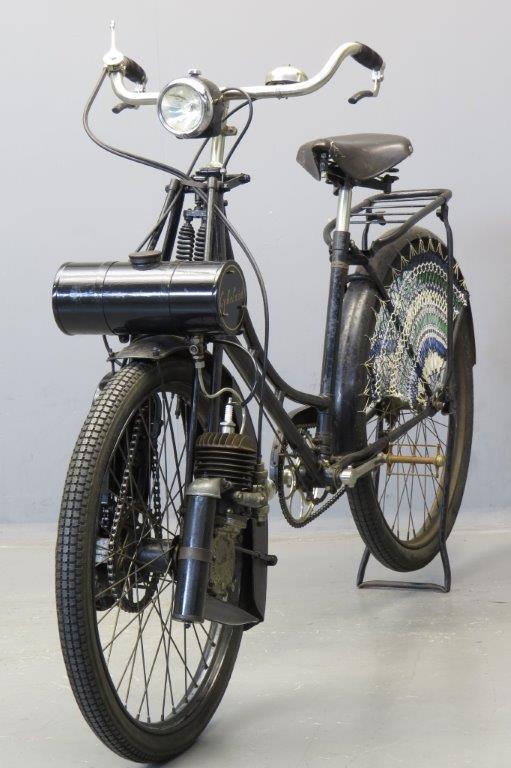 The Cykelaid was marketed by the Sheppee motor Co. Ltd of Thomas Street, York.
It was first presented at the  1920 Olympia Show.
The  first paragraph of the brochure text  made quite clear that this was not just another attempt to motorize a bicycle: “The Cykelaid is the greatest innovation in cycle design and construction since the advent of the free- wheel and three-speed gear.
It’s the invention of engineers who appreciate the reliability and readiness of the ordinary pedal cycle, under all conditions, and who realise that,  amongst the many thousands of people who still favour the ordinary pedal cycle, there is undoubtedly a very large number who wish they had not quite so much pedaling to do”.
It must be said that Colonel H.F. Sheppee – who had already been manufacturing steam-driven vehicles-  had a point: many motorized bicycles had the engine attached in a rather awkward way,
causing undue strain and vibration for cycle and rider.
The Cykelaid  engine was an integral part of the front wheel and it was placed relatively low, giving the cycle a good weight distribution and centre of gravity.
The front wheel drive also meant that the cycle was being pushed rather than being pulled, which lowered the strain on the frame.
The Cykelaid  could be bought in the form of a complete ladies’ or gents’ bicycle or as a loose unit (front wheel, engine, tank, forks) that could be fitted to an existing bicycle.
The initial model  had a 105 cc ( 51 mm x 51mm) engine with outside flywheel and Runbaken magneto.
At the  1922  Show the “New Cykelaid” was introduced.
Among its new features were increased engine capacity,  Villiers flywheel magneto,  girder forks, front brake and valanced mudguard.
In 1926 the production of this interesting piece of engineering  was stopped.