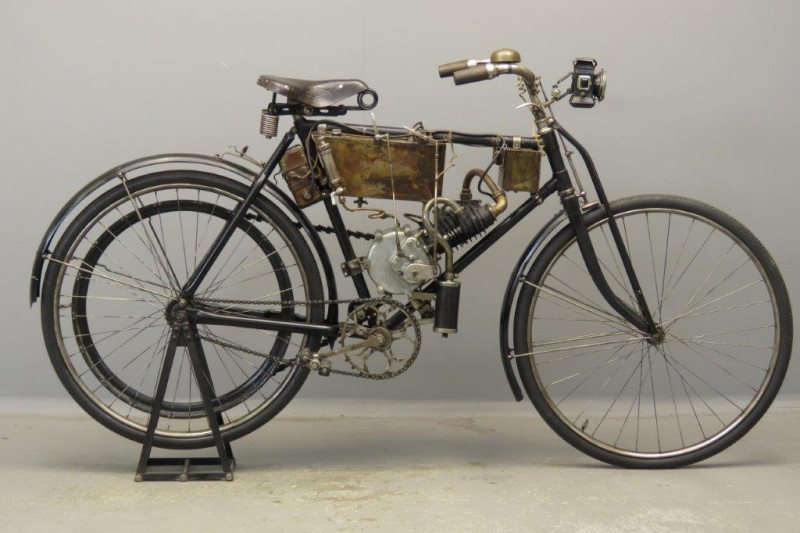 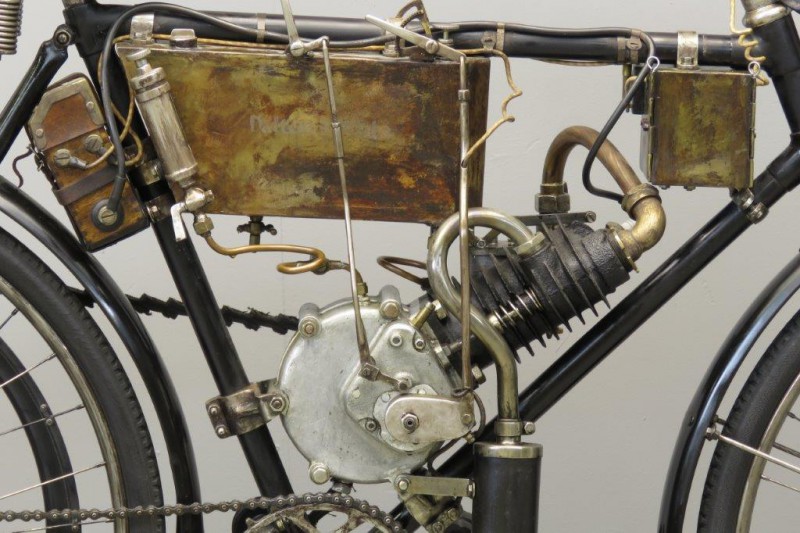 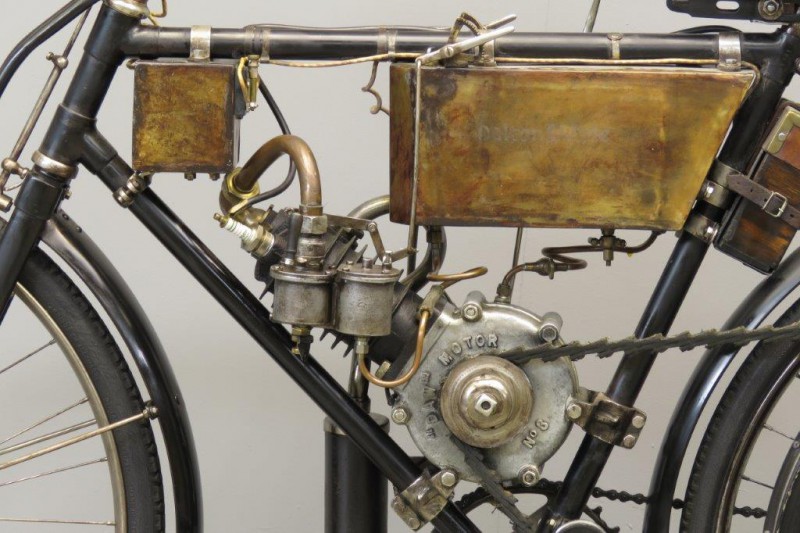 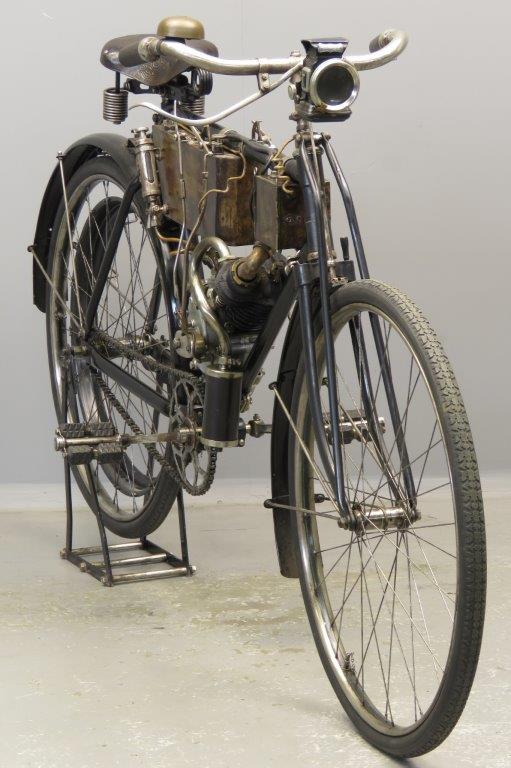 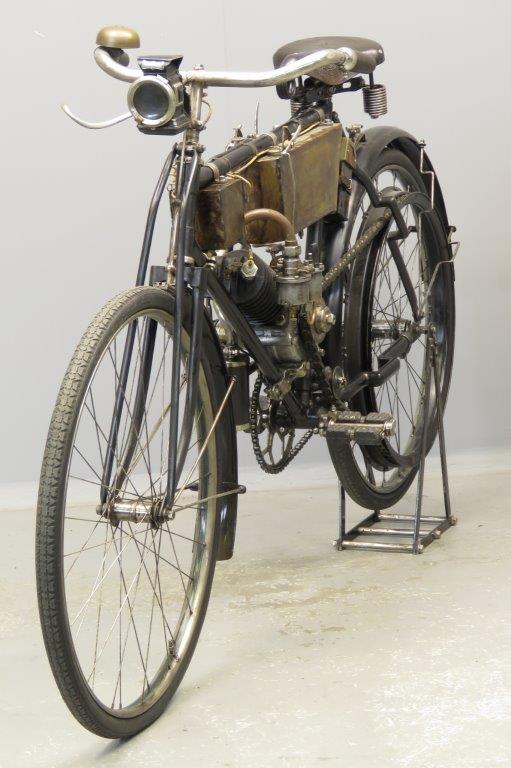 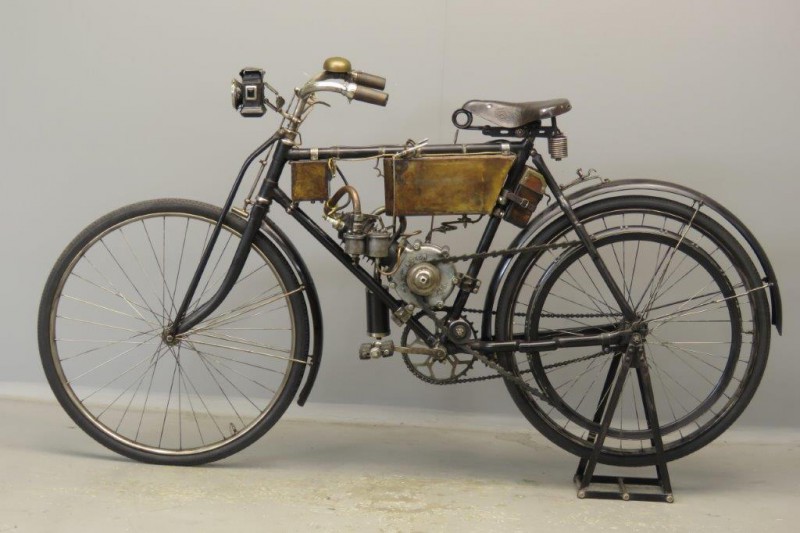 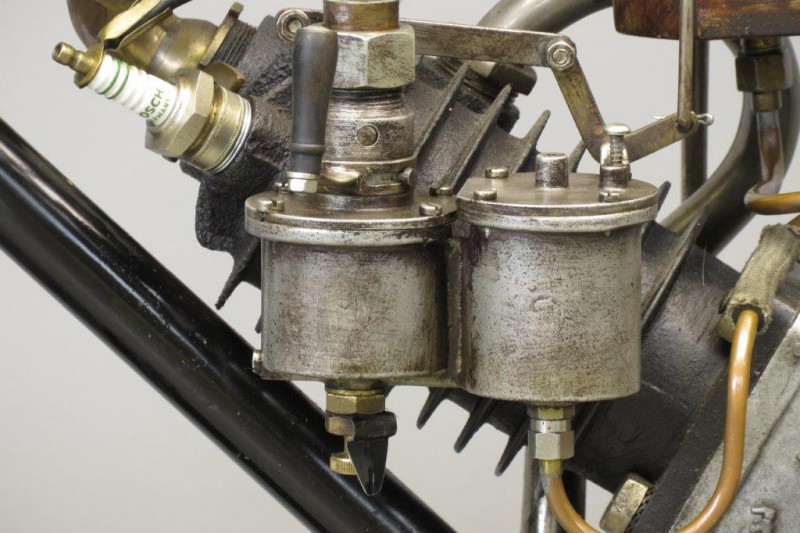 Speculation exists as to who exactly Mr. Dalton and Mr. Wade were.
However, further investigation suggests that one half was Charles Dalton, a Coventry man born in 1871, who  earned his initial trade as a “Motor Fitter”.
The other half was Francis Wade, born at Beeston, Nottinghamshire in 1873 , who was seen to be working as a “Mechanical Engineer”.
Wade may well have moved to Coventry while working for either the Beeston or Humber companies, both known to have relocated to the city  by the 1890s.
In 1902, both men found premises at 146 Spon Street and produced motorcycles fitted with their own  1 ¾ HP, 2 ¼ HP and 2 ¾ HP air-cooled engines  as well as 3 HP Minerva engines under license from the Belgian Company until 1905. They were also known to have supplied engines to other firms including Hobart, before later specializing  in general engineering until 1910. [ from: Coventry’s Motorcycle Heritage].
In  “The Motor-Car Journal” of  May 3rd, 1902 we read: “Messrs. Dalton and Wade made a first appearance at the Motor- Car Exhibition, introducing a new petrol motor known as  the “Daw”.
It is intended for motor-bicycles and is of 1 ¾ HP, fitted with large valves and having a large bearing and wearing surface.
A rocking arm operates the exhaust valve stem in place of the cam commonly employed. (……)
Other exhibits on Messrs. Dalton and Wade’s stand included a brush spraying carburettor.
Different types of steering wheels,  aluminium and bronze castings for motor cars, and also a selection of cylinder castings, of which line the firm seem to be making a speciality, completed the display.”

This rare specimen of Coventry’s motorcycle heritage has  surfaced in the early eighties in the South of England.
It was subsequently restored and in January 1992  Pioneer certificate Nr. 1333 was  issued for this very early veteran.