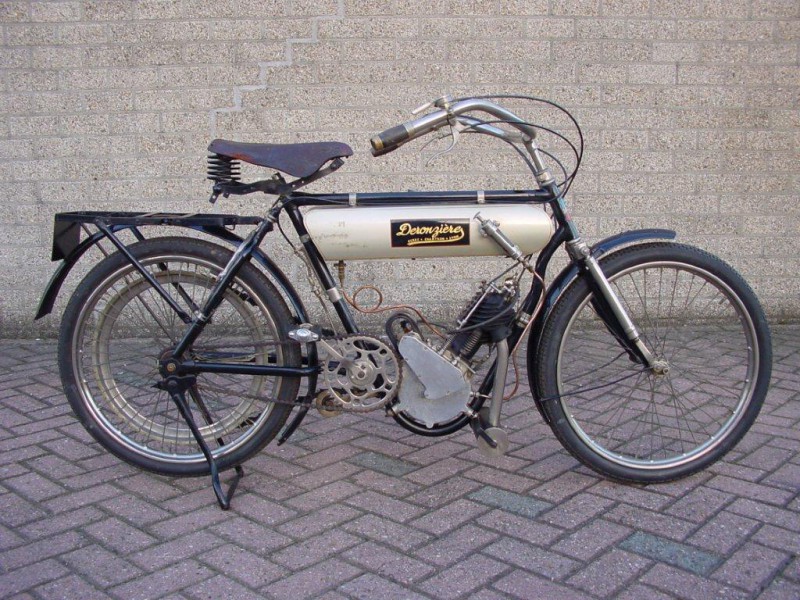 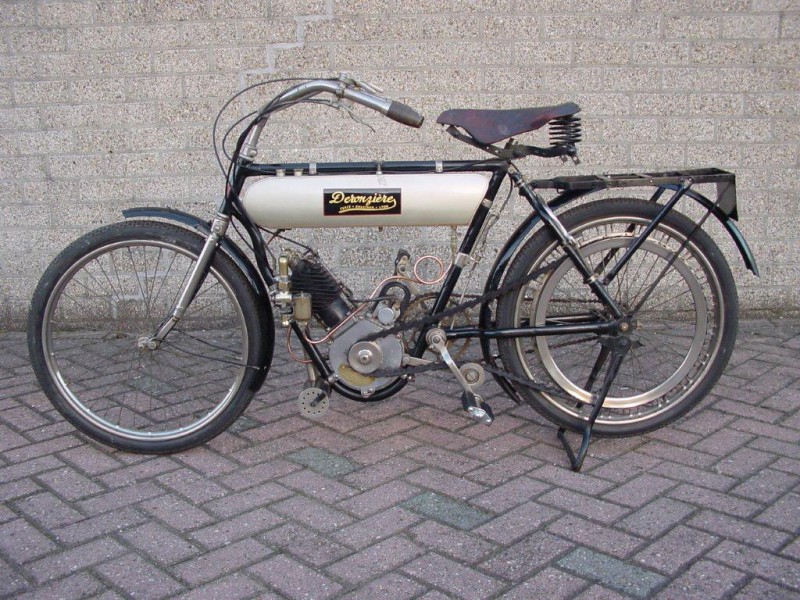 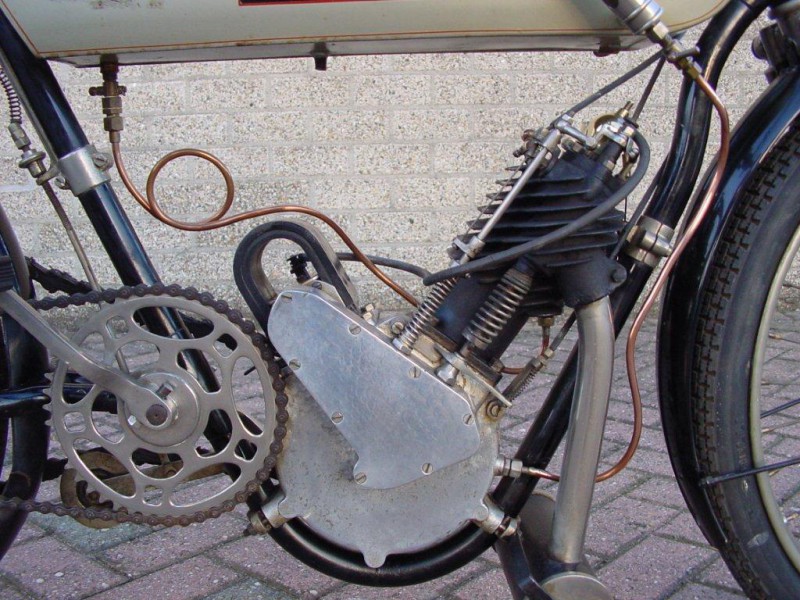 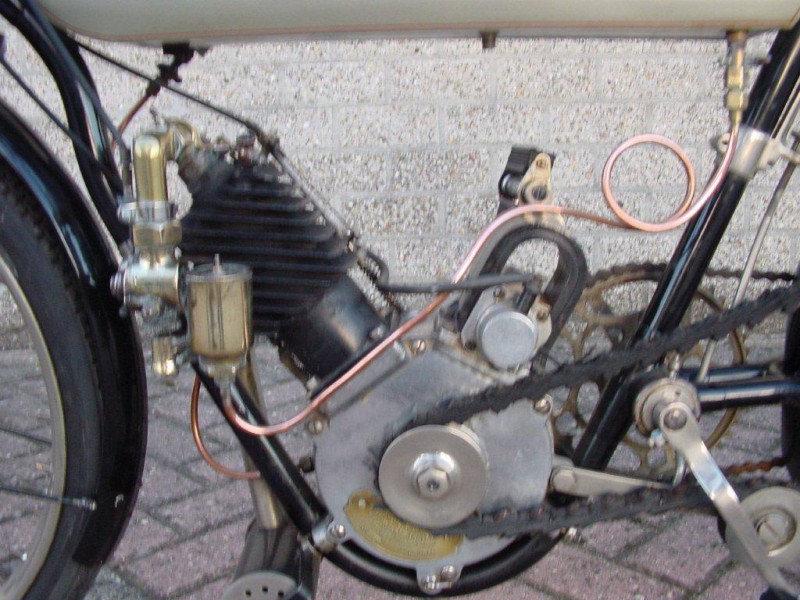 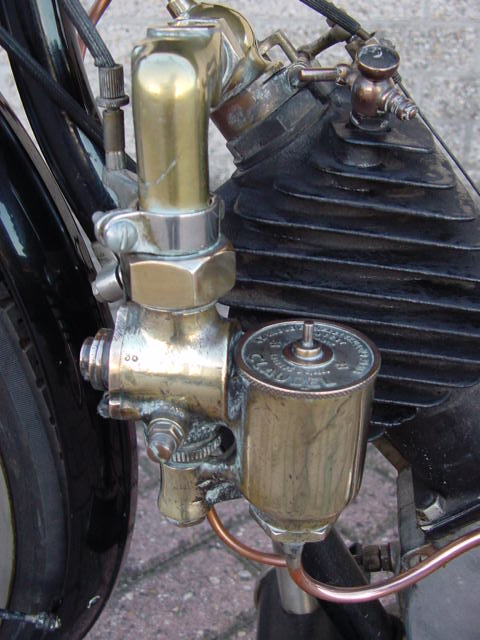 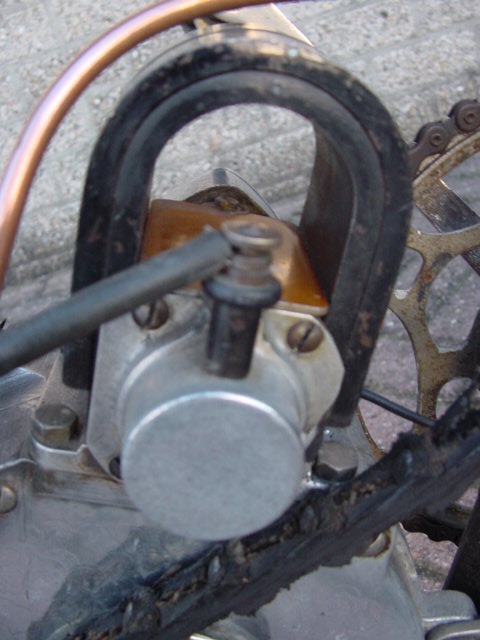 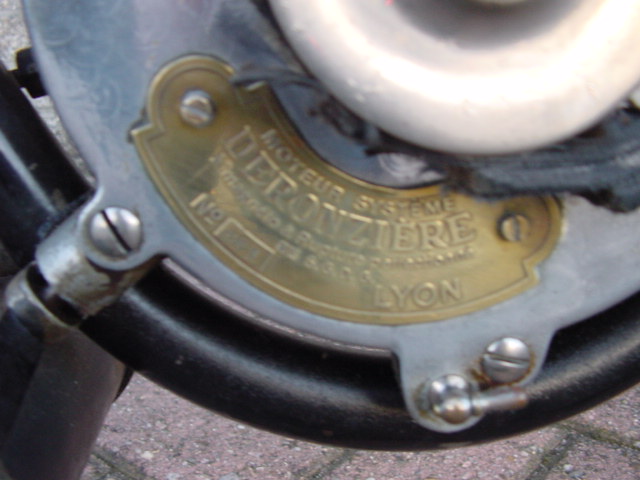 Deronziere motorcycles  were produced in Lyon between 1903 and 1914.
Besides their own power units  Peugeot or Zedel  engines were used.
This fine example is equipped with the own brand engine. It has an automatic inlet valve and mechanically operated exhaust valve as was common with many French machines at the time.
A special feature is the ignition system, that works with a make and break system in the cylinder head instead of the usual points in the magneto.
There is a spark plug in the cylinder head, but that only has a central electrode.
This little machine has been an exhibit in the National Motor Museum Collection at Beaulieu .
It was purchased by Lord Montague in Paris in October 1958  and restored   for the princely sum of  £ 36/12/6  as is shown by correspondence to Graham Walker, the Museum motor cycle section  curator at the time.