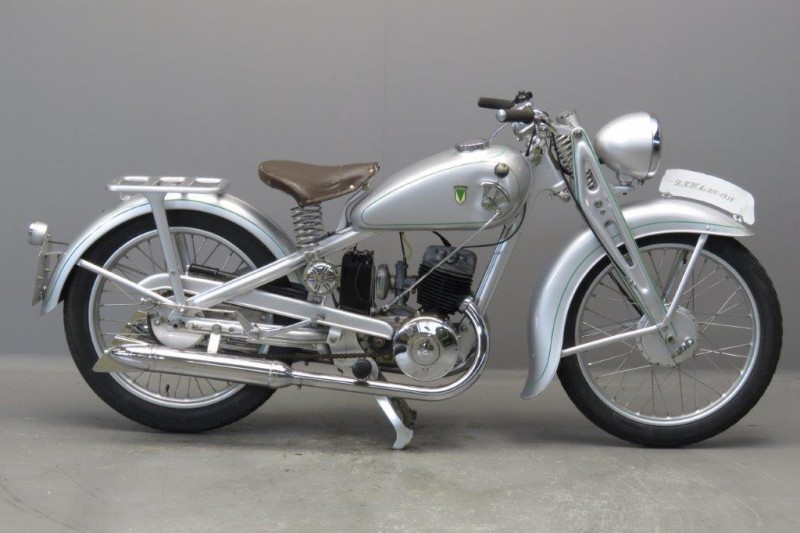 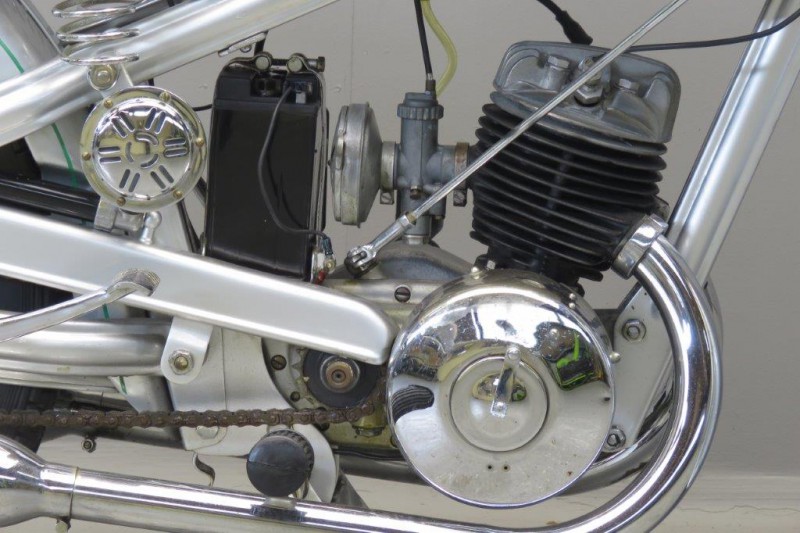 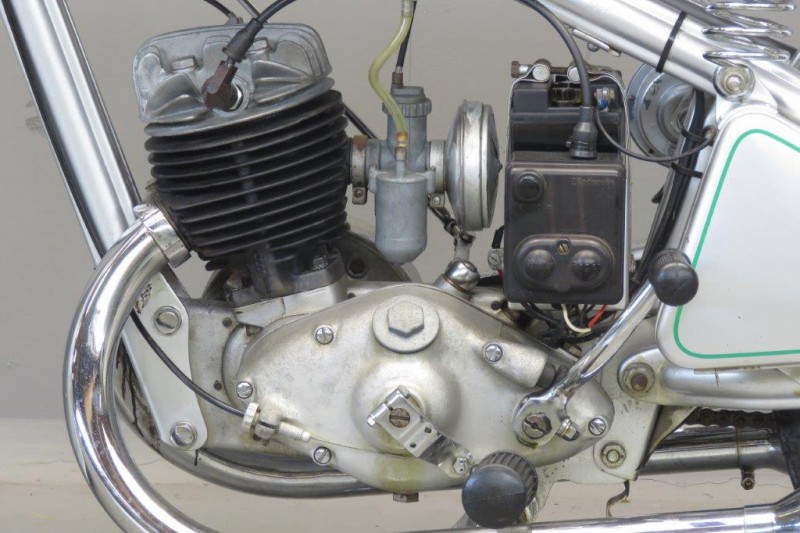 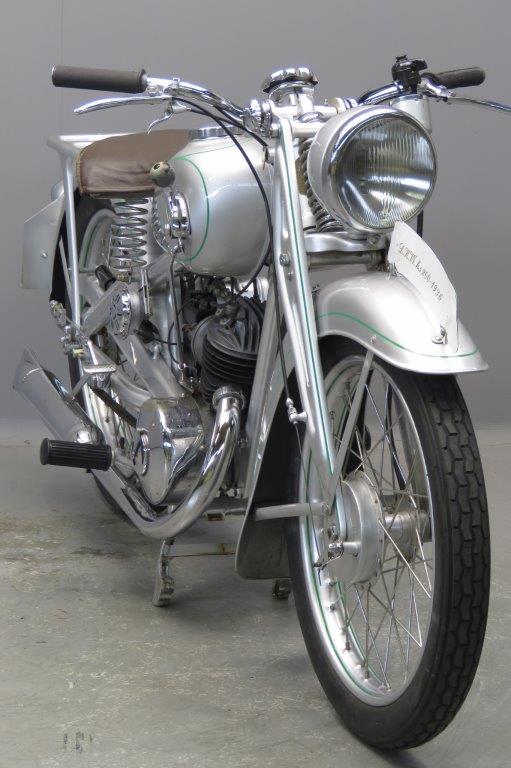 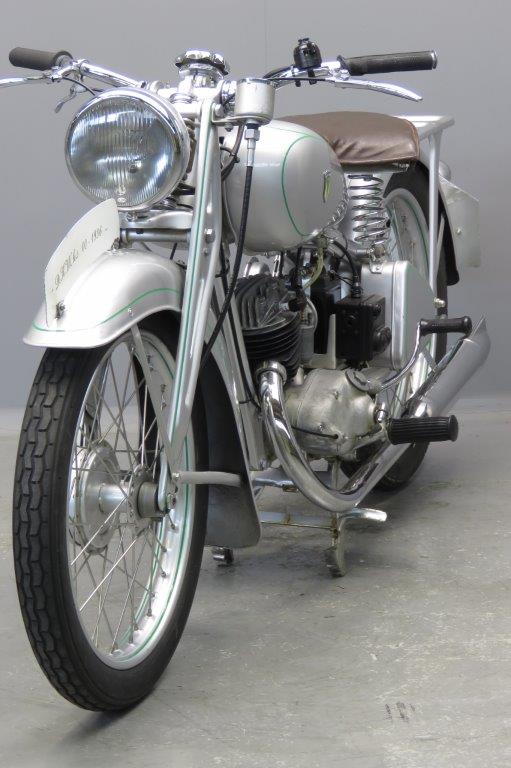 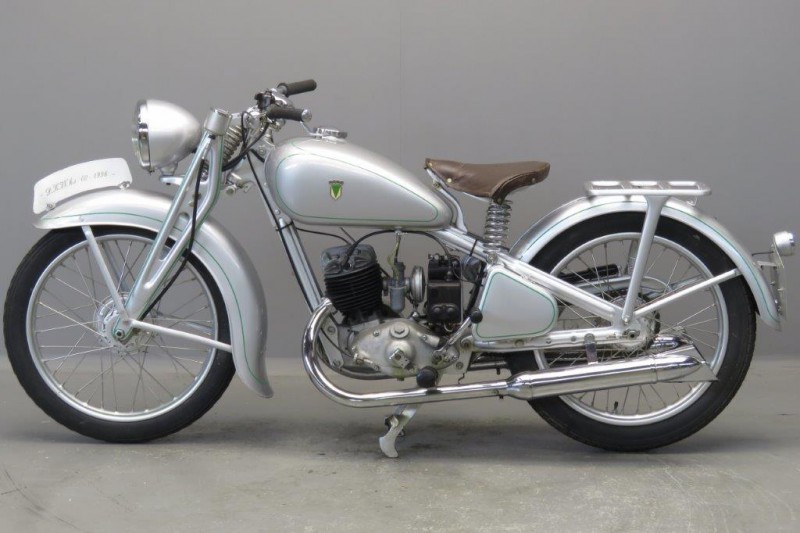 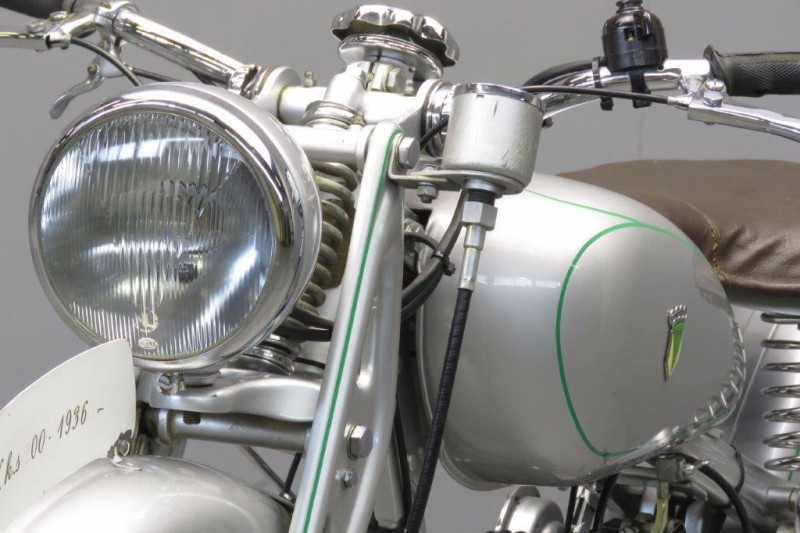 From the late 1920s till 1939 DKW was the world’s largest motorcycle manufacturer.
In 1931, Ing. Zoller started building split-singles and this concept made DKW the dominant racing motorcycle in the Lightweight and Junior classes in the nineteen thirties.
From 1928 on motorcycles under 200 cc were free from tax in Germany and no driver’s licence was needed to ride these machines.
This gave the 200 cc class a great boost and DKW was one of the manufacturers that put a lot of effort in designing good and economical motorcycles in this class.
The KS 200 was the direct successor of the KM 200 that was put on the market in 1934. In 1935 an enhanced version of the KM 200 was launched with a twin-port engine.
In the course of 1936 the new KS was unveiled; the engine was taken unmodified from the 1936 KM model but the frame was reinforced and extended. Together with a larger, teardrop-shaped headlight this gave this model the appearance of a much larger machine. The engine produces 7 hp @ 4,000 rpm which gives a top speed of 90 km/h.
|The fuel consumption is very moderate with 3 litres per 100 km. Between 1936 and 1940 58,600 KS200s left the factory.

The machine we offer here is a very attractively restored middle-weight motorcycle which runs very well. She comes with EU registration documents.