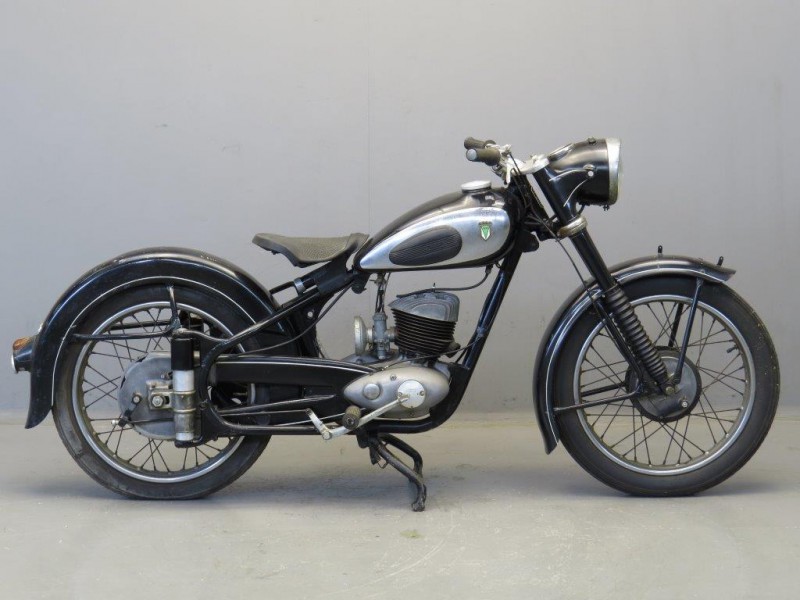 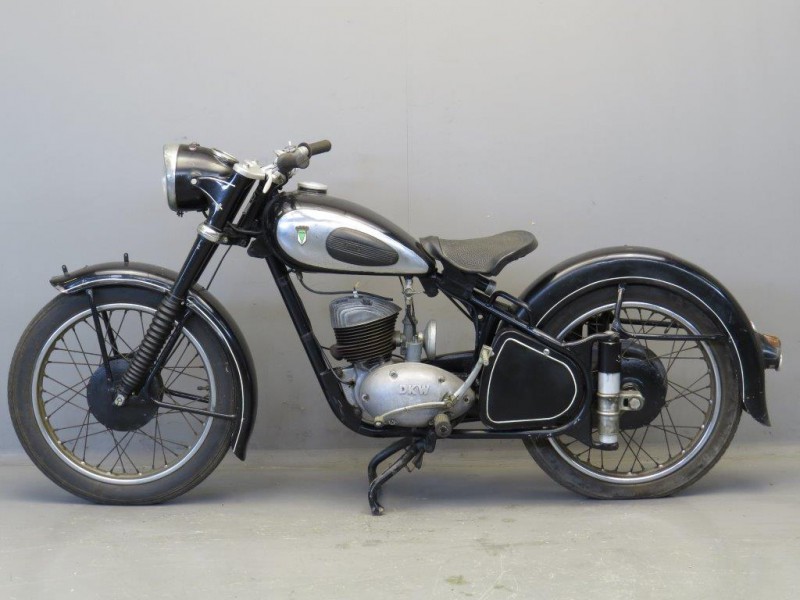 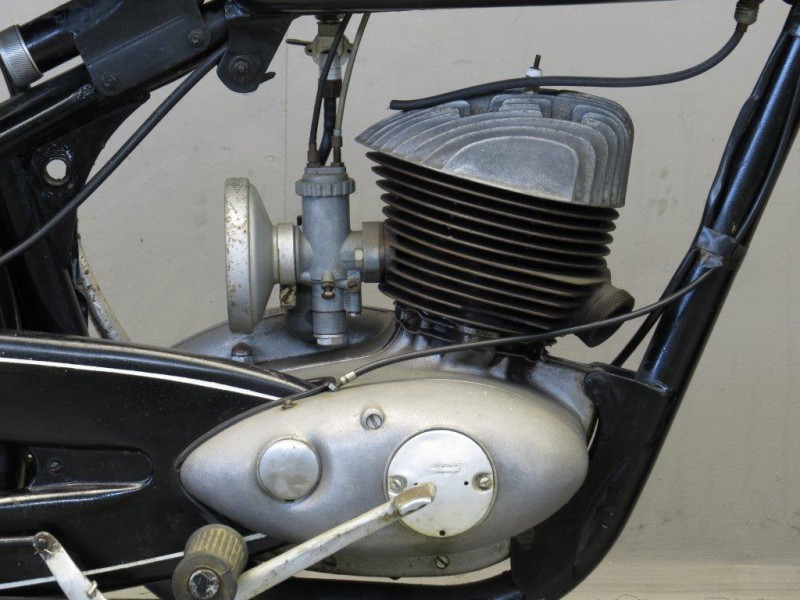 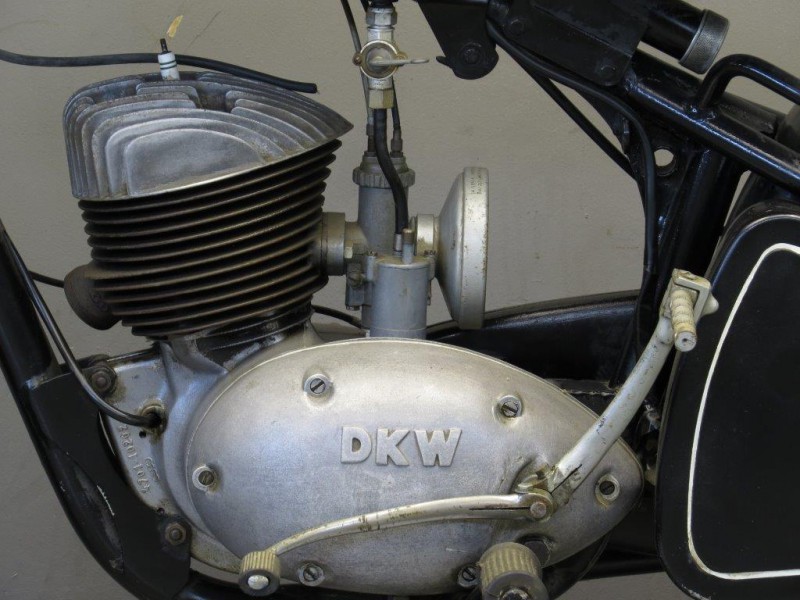 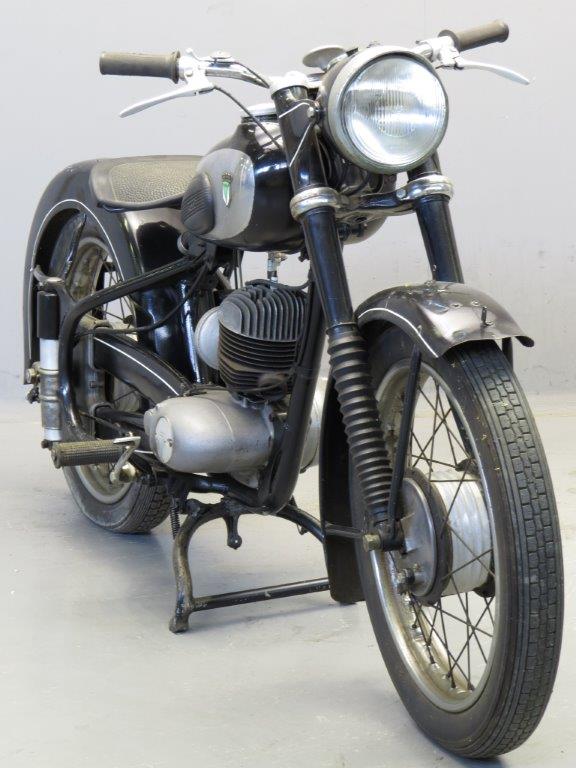 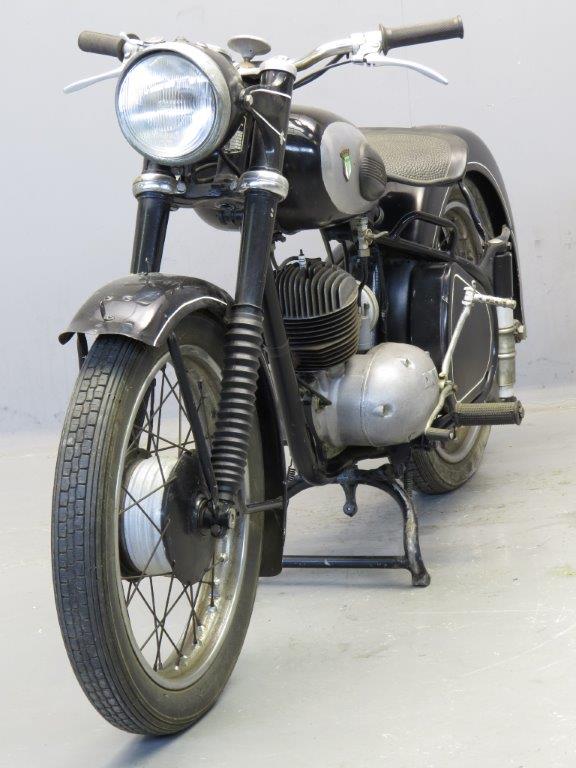 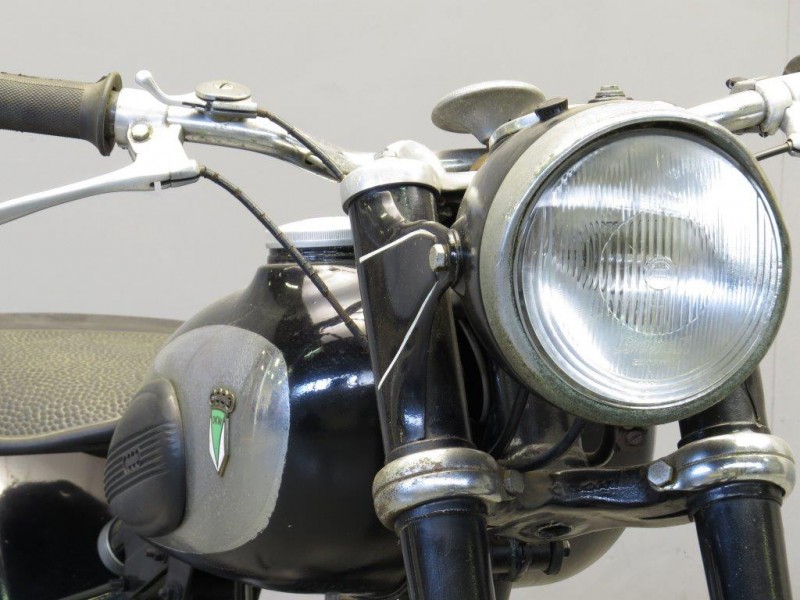 DKW presented the Auto Union RT 250 motorbike for the first time in the autumn of 1951, at the International Motorcycle Exhibition in Frankfurt am Main in the rigid frame of the RT 200.
Of the DKW RT 250 only 23 motorcycles were built!
With the start of mass production, the RT250 had a newly designed frame with rear suspension, and re-named as the model RT 250 H
The RT 250 engine was developed from the 200 engine.
The bore of the RT 200 motor was enlarged from 62 mm to 70 mm, and the stroke of 64 mm stroke remained unchanged.
A dual slide Bing carburettor was used..
The power transfer from the engine to the 3-speed transmission, which was adopted unchanged from the RT 200 takes place over a single chain.
A flexible and absolutely shock-free acting multi-plate clutch with rubber damping known from the RT 200 is installed.
The drive chain runs, in a closed, two-part chainguard, and an aluminum casting surrounds the rear brake drum and sprocket.
The great innovation, the rear suspension is designed as a telescopic suspension with progressive spring action.
A strong coil spring absorbs the shocks from the road, while a somewhat weaker spring absorbs the return. Rubber buffers limit the maximum travel of approx.
40 mm upward and downward and produce a soft stop.
The telescopic forks was unchanged from the RT 200. Front and rear have quick-release axles, but are not interchangeable.
The tool box is no longer included in the tank, but positioned at the left side of the frame.
The electrical system with the 45/60 Watt alternator was unchanged from the RT 200.
This DKW RT 250 H shows it has been used, however not abused.! The former owner mislaid the exhaust system, however there seems to be a good supply for DKW parts.
We recently checked the engine and we discovered a broken conrod and the lack of a piston, so still some work to do…..