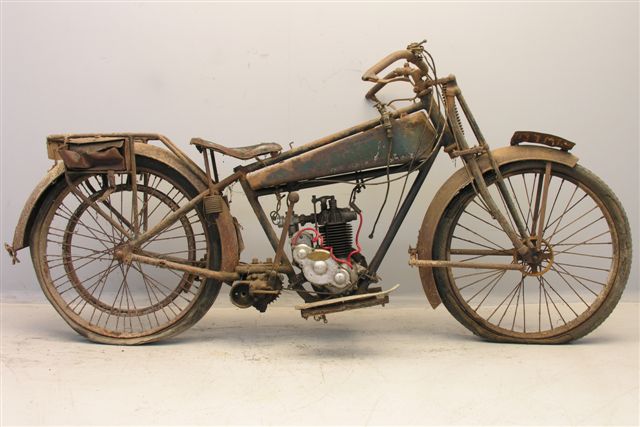 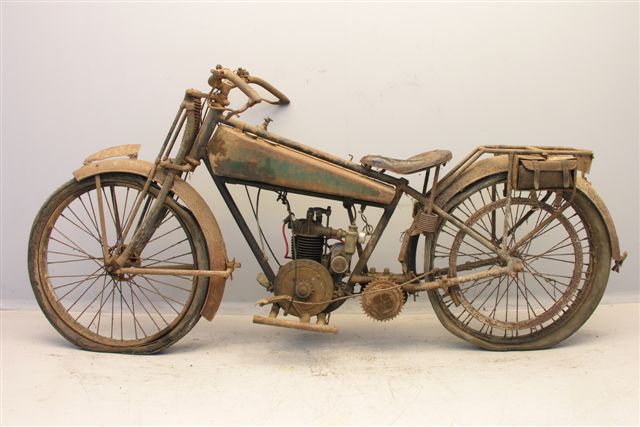 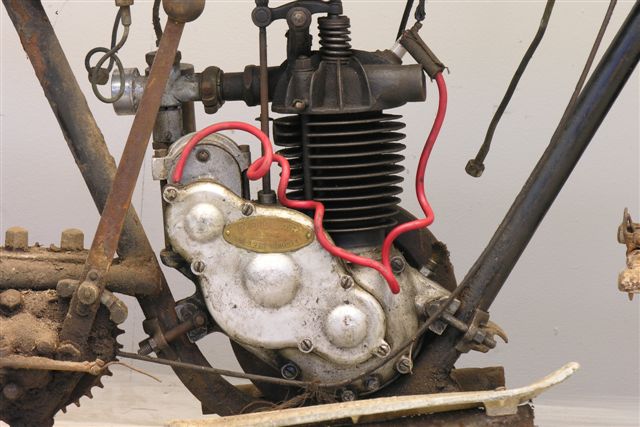 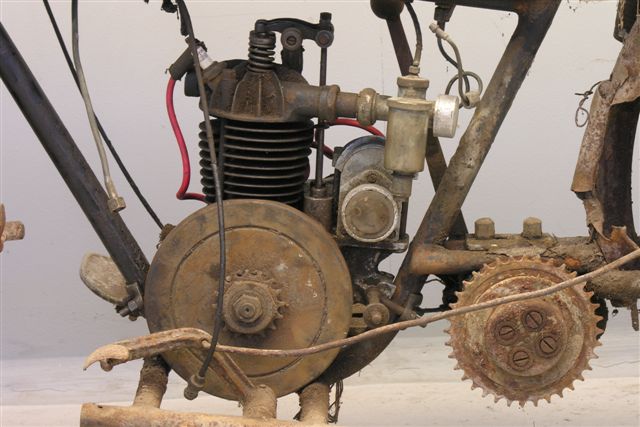 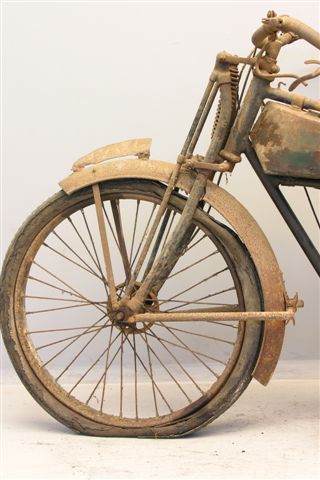 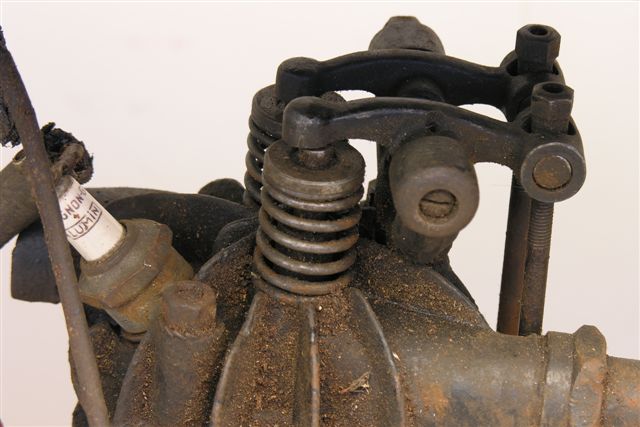 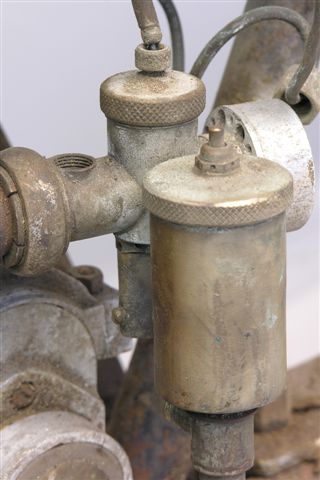 In 1924 the old established bicycle firm “Delachanal” started the production of motorcycles under the “Dollar” trade name.
The firm had its facilities in Charenton near Paris.
In the early twenties many French firms were competing on the market for light motorcycles and most of them used a small capacity two stroke engine.
Dollar wanted to stand out as a make so they decided from the start to use four stroke OHV engines only, made by Moser in capacities of 125, 175 and 250 cc.
Because of the existing nationwide network of bicycle dealers it was relatively easy to get a strong position in the market: one year after the introduction of the make there were already 1200 agents.
The lively 175 cc OHV engine has bore and stroke dimensions of  60×61 mm.
and is fed  by a Longuemare carburetor.
The “ CT”  has a two speed gearbox and belt transmission to the rear wheel.
This barn find  is nearly complete, the rust on the sheet  metal  is only superficial.
Indeed  a  rewarding restoration project!