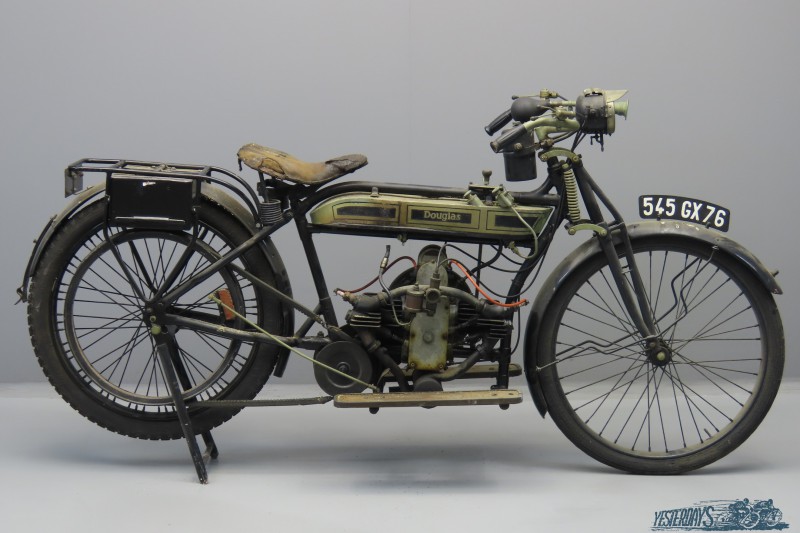 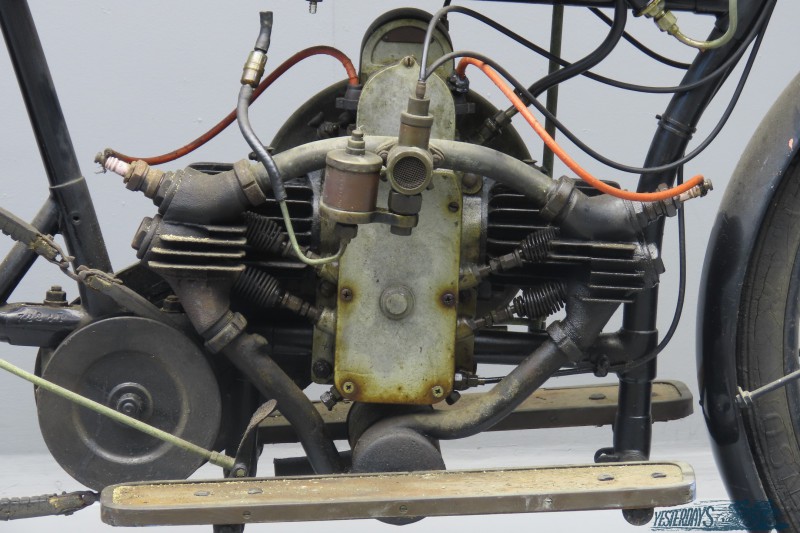 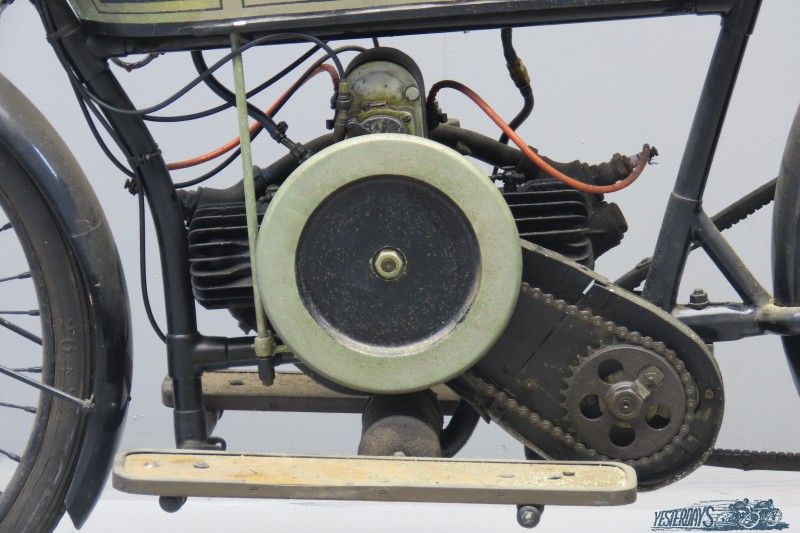 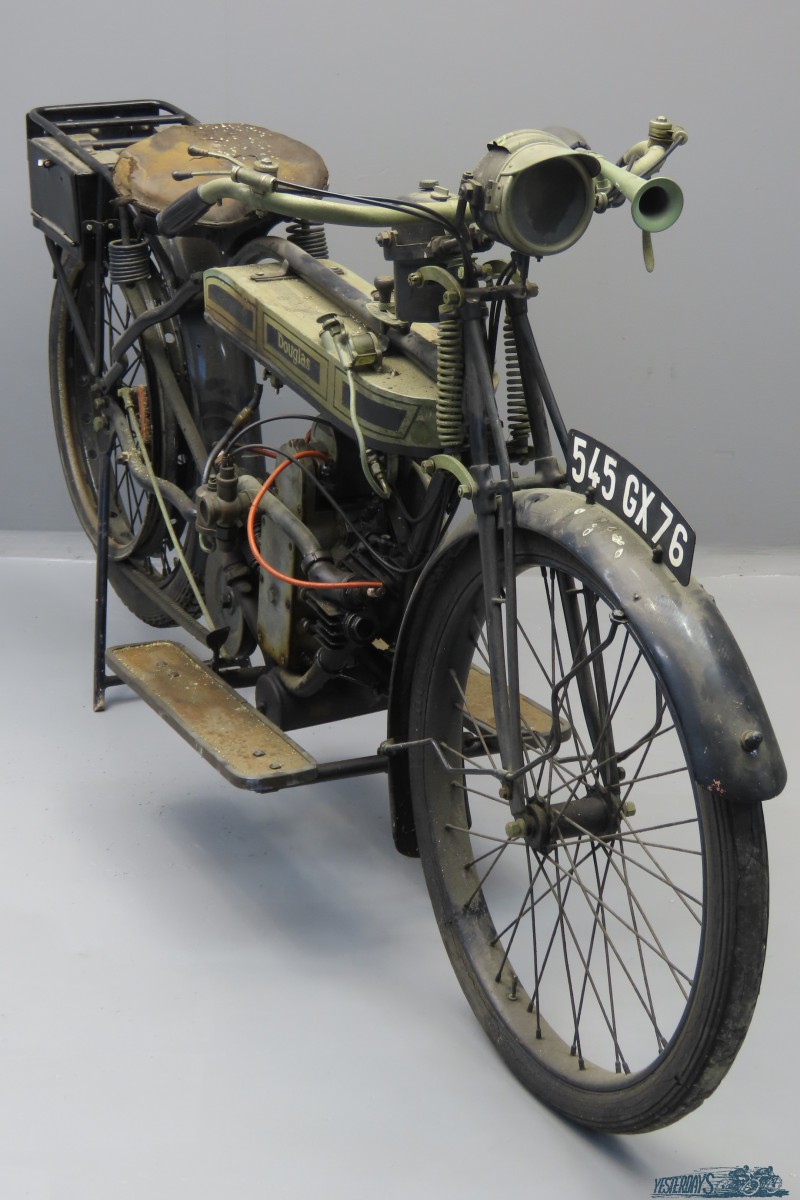 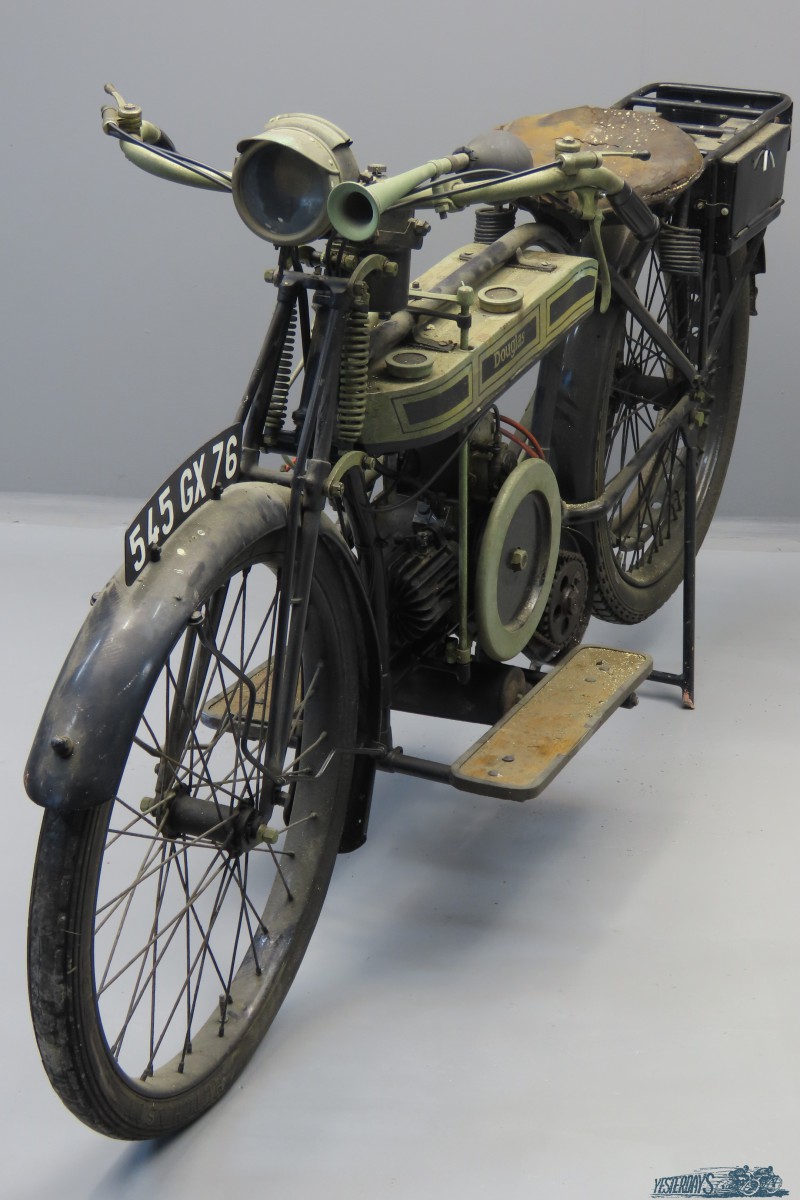 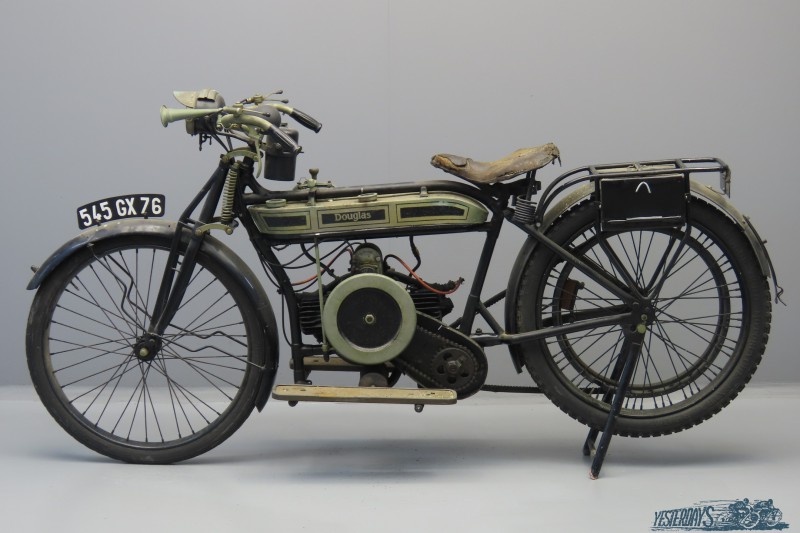 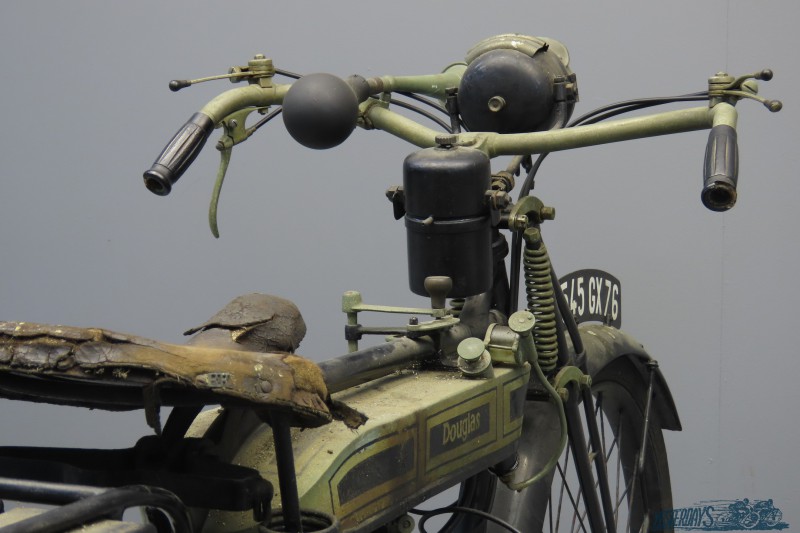 This Bristol-based firm developed the horizontally opposed fore-aft unit in about 1907 and continued utilizing this engine layout well into the thirties.
The earliest Douglas models had direct belt drive, but in 1910 a two-speed gearbox was added, with the control on top of the petrol tank. Douglas machines became very popular because of their lightness, ease of starting and speed: in the 1912 Junior TT races Douglas took first, second and fourth places. In the First World War thousands of 2 ¾ HP machines were commissioned for use by despatch riders and performed splendidly. In the early twenties year by year small improvements were made and many Douglas machines were sold each year. In a publicity booklet announcing the 1924 models the company claimed that “well over 75,000 Douglas 2 ¾ machines are giving satisfaction every day to their owners.”
The company saw no need for big design changes: “ For many years now it has not been found necessary to alter the main design, which incorporated the vibrationless twin-cylinder engine, because, as a mount world famous for economy, ease of control and great comfort, it had withstood the buffeting and battering of every clime since 1908, under all conditions, in the hands of riders of both sexes and all ages.”

During and directly after WW 1 many machines were recommissioned using available parts. We think this Douglas also underwent this treatment, because she is a bit of a mix: the frame is from around 1917 but engine, front forks and petrol tank date from around 1914-1915, as does the Thompson Bennett magneto. At some time, probably quite some years ago, the machine has had some refurbishment but when she was discovered she was hanging high and dry in a barn and hadn’t been looked after for years. The front brake mechanism is missing. She comes complete with acetylene lighting and bulb horn and will obviously need some tender love and care, but we expect that will prove worthwhile for a new owner.