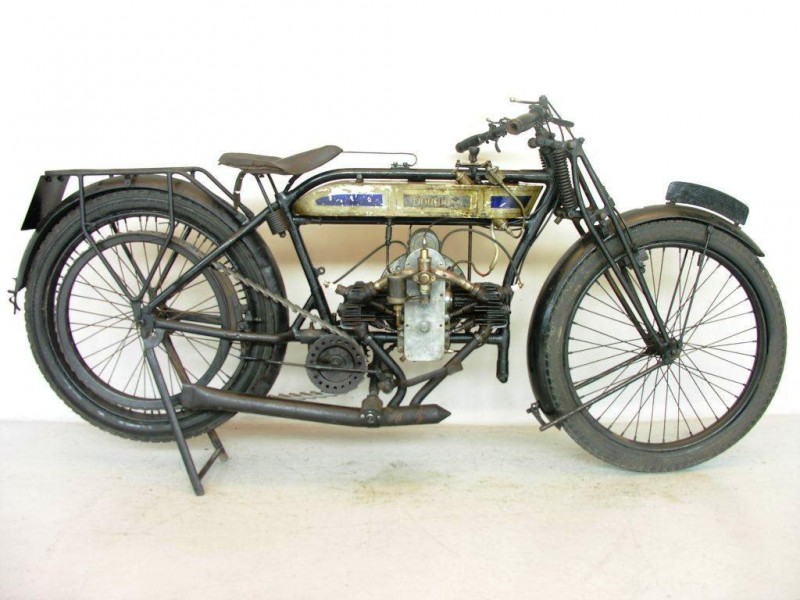 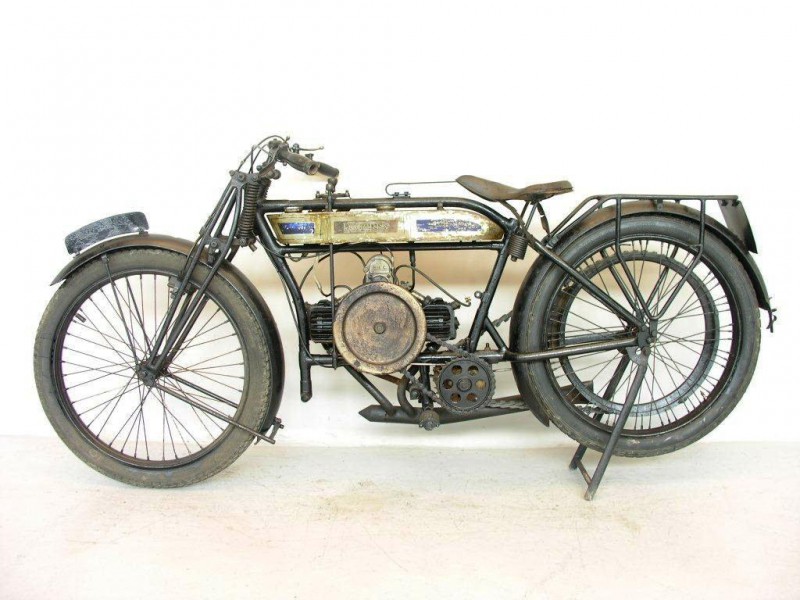 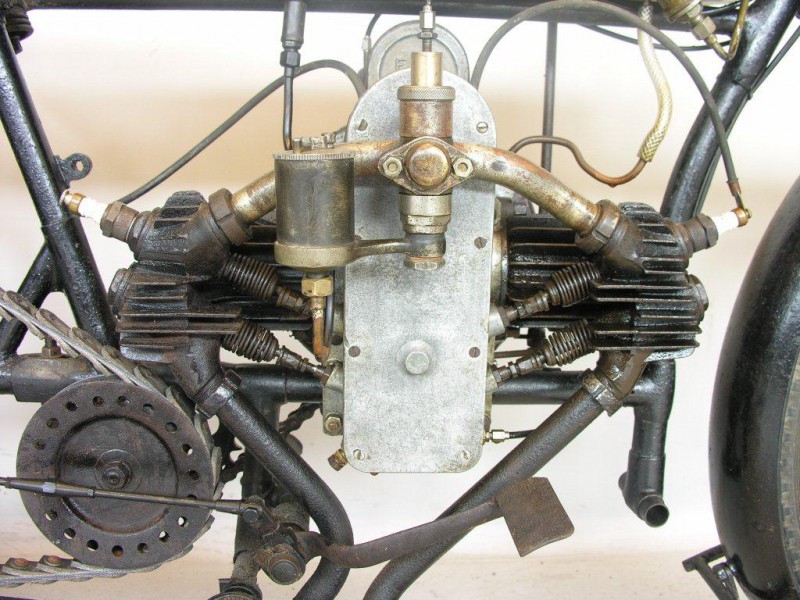 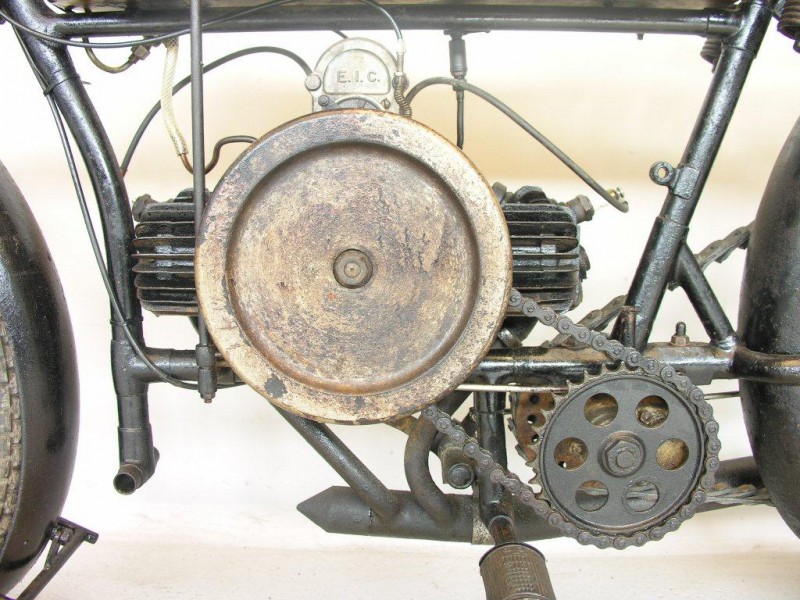 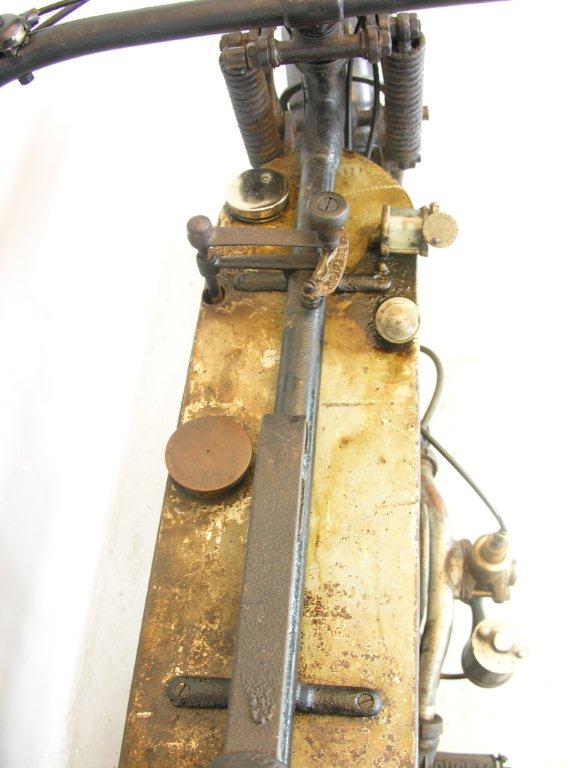 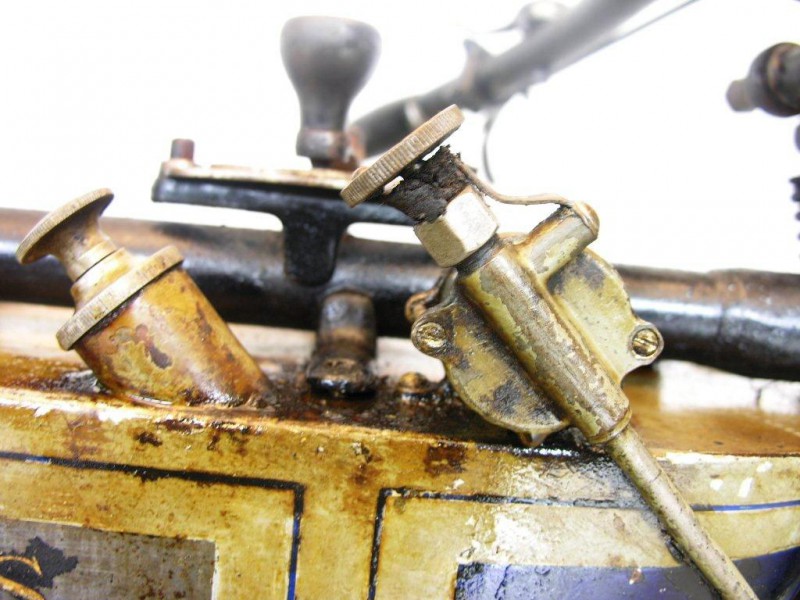 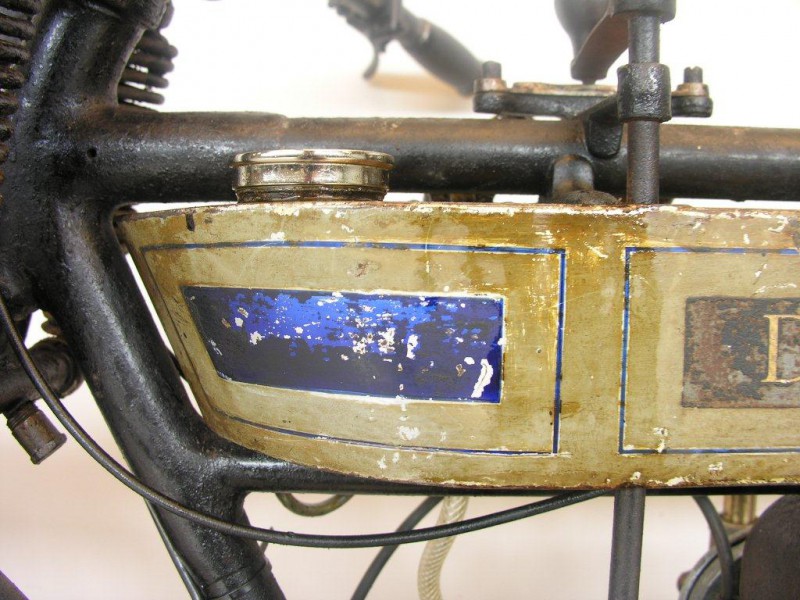 This Bristol-based firm developed the horizontally opposed fore-aft unit in about 1907 and continued utilizing this engine layout  well into the thirties.
The earliest Douglas models had direct belt drive, but in 1910 a two-speed gearbox was added, with the control on top of the petrol tank. Douglas machines became very popular because of their lightness,  ease of starting and speed: in the 1912 Junior TT races Douglas took first, second and fourth places.
In the First World War  thousands of  2 ¾ HP machines were commissioned for use by despatch riders and  performed splendidly.
By 1920,  the standard 2 ¾  model W had a three speed countershaft gearbox with kick-starter, a clutch and footboards.
The WD had the basic “veteran” specification of two speed gearbox and did not have the luxury of a clutch.
Lubrication  is by means of hand pump with drip feed regulator.
The petrol tank holds 5  ½  litres, the oil compartment 1 ½ litres.
Petrol consumption: about  1 litre per 30 kilometres.
The petrol tank of this machine is of a slightly older type of Douglas.
The machine in unrestored condition and has an interesting proprietary exhaust system.