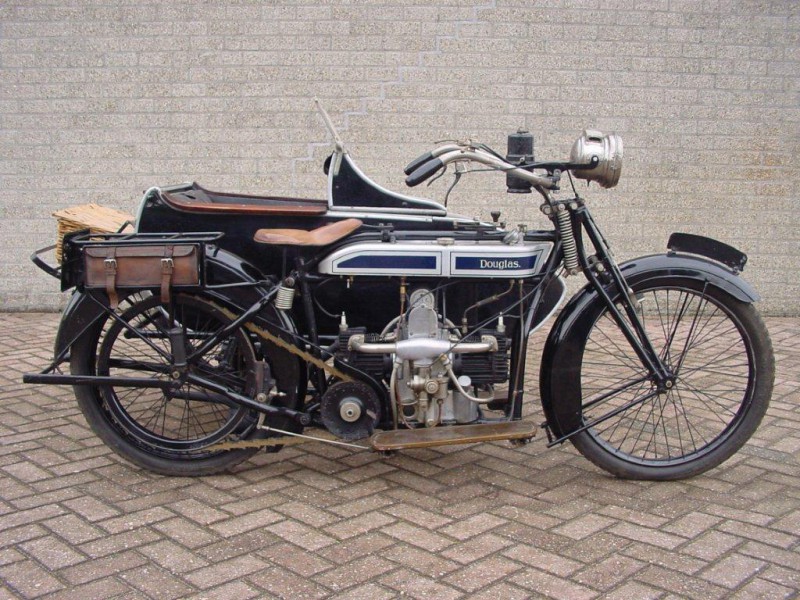 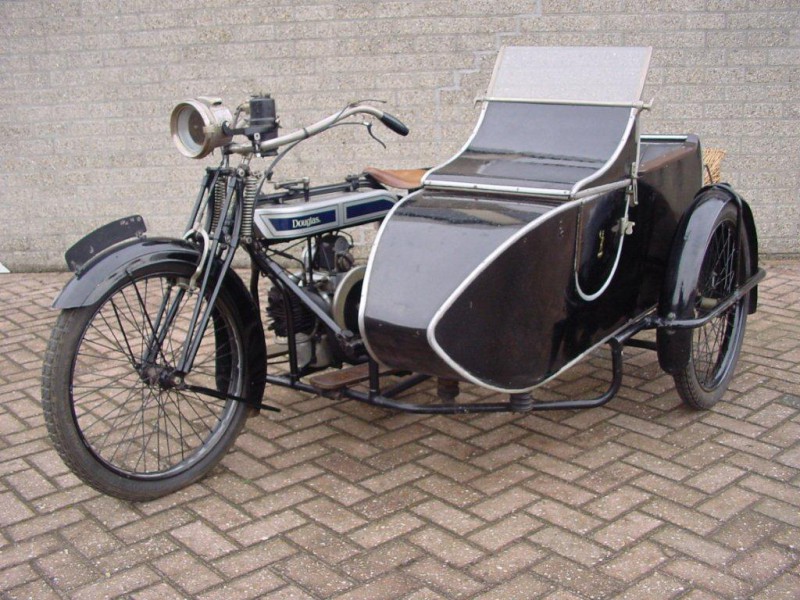 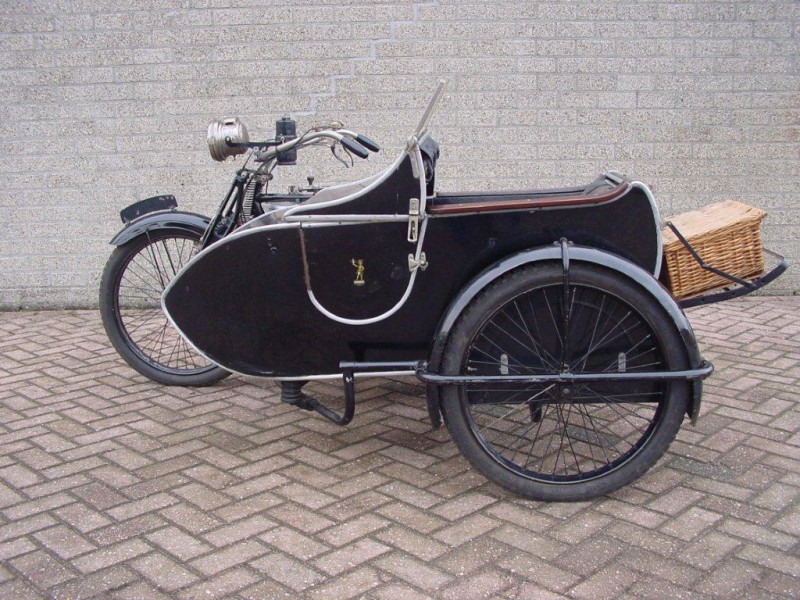 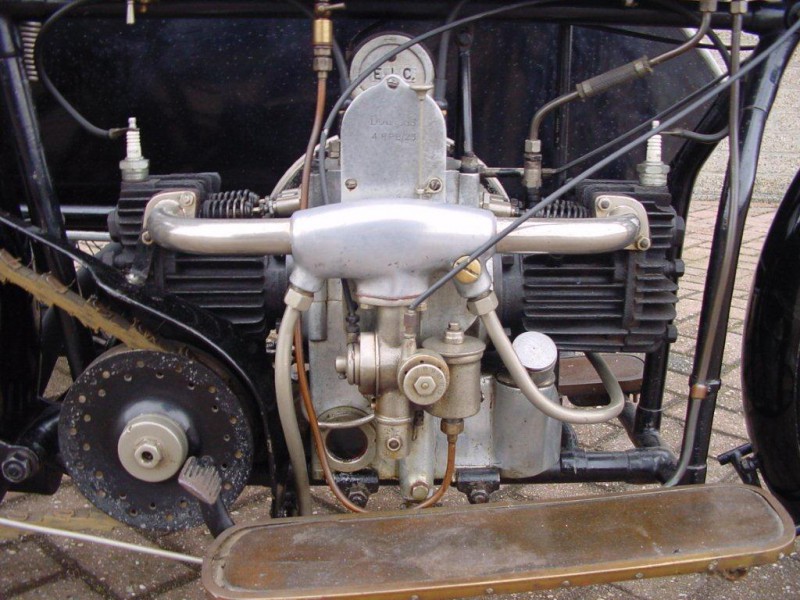 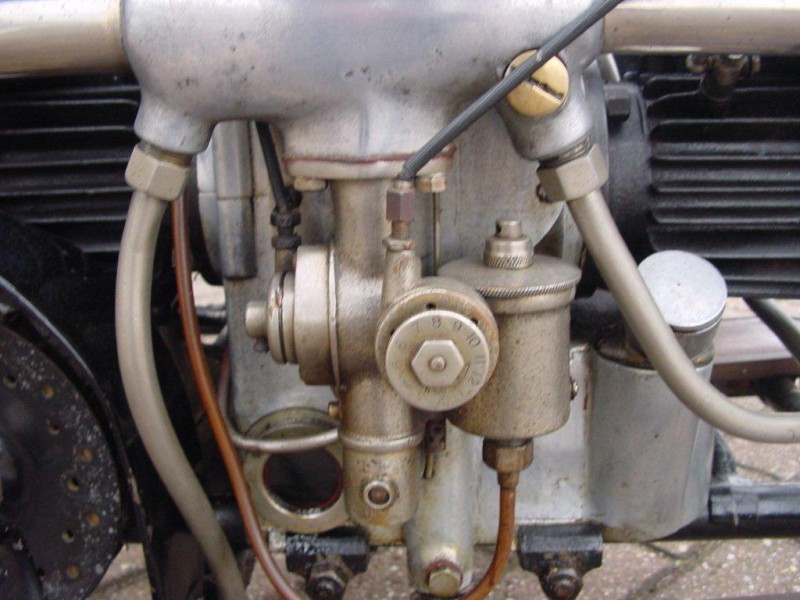 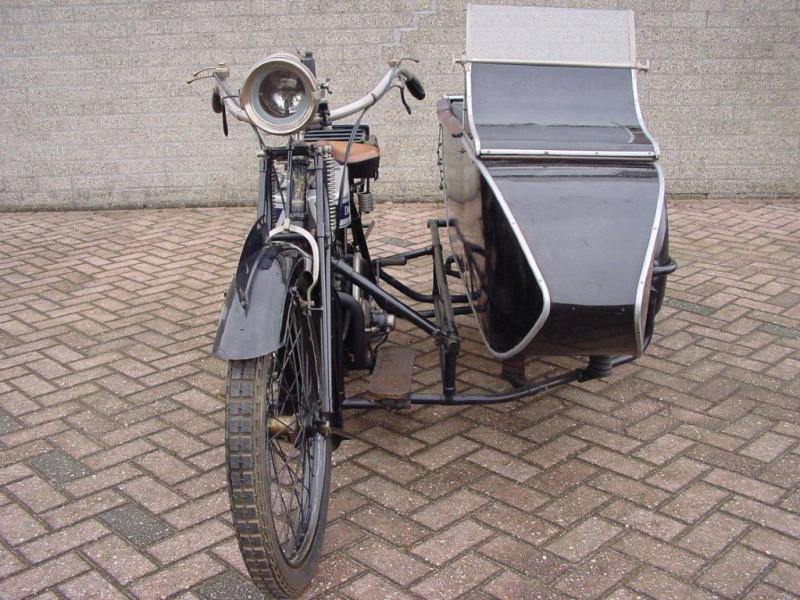 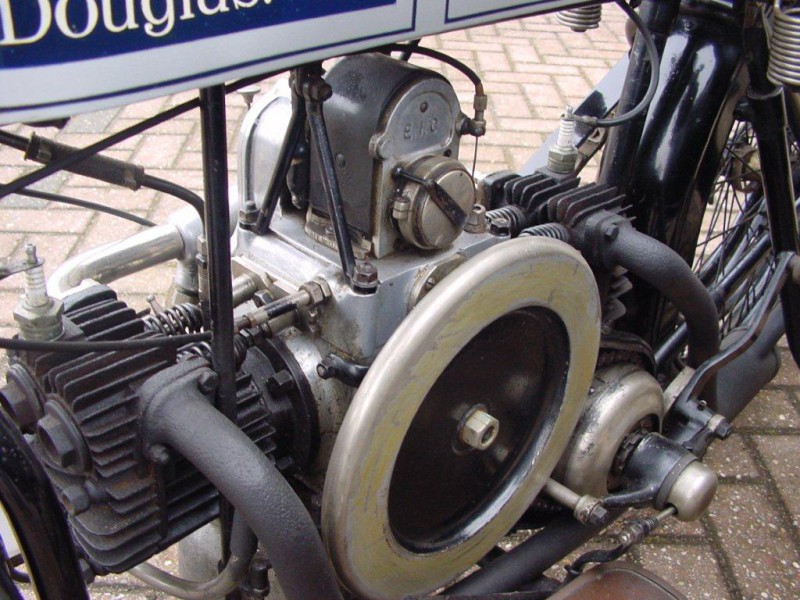 This Bristol-based firm developed the horizontally opposed fore-aft unit in about 1907 and continued utilising this engine layout  well into the thirties.
The earliest Douglas models had direct belt drive, but in 1910 a two-speed gearbox was added, with the control on top of the petrol tank. Douglas machines became very popular because of their lightness,  ease of starting and speed: in the 1912 Junior TT races Douglas took first, second and fourth places.
In the First World War  thousands of  2 ¾ HP machines were commissioned for use by despatch riders and  performed splendidly.
In 1915 a 596 cc model was introduced to cater for  the need for a more powerful sidecar puller.
A notable difference in engine design with the     2 ¾  HP model is the wet sump oiling system.
A year later the 4 HP model was improved in a number of ways. To mention a few: other front forks, new design of exhaust, frame  and tank alterations, front and rear brake changes, many  small engine design improvements.
To sum it up: quite another machine! Between 1916 and 1921 hardly any changes were made; the 4HP disappeared from the range in 1924.
This combination is an older restoration and running well.