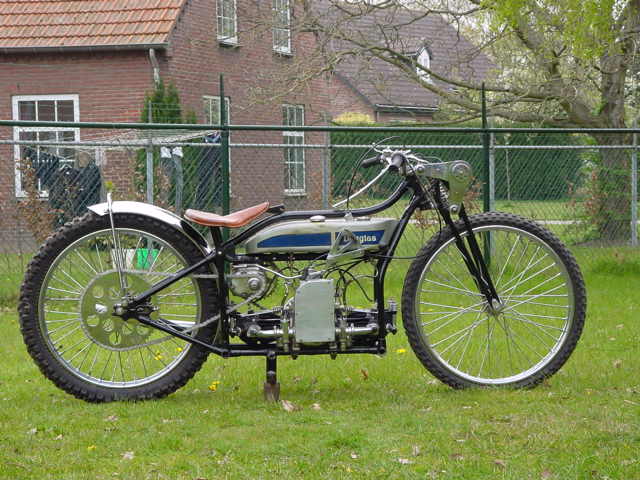 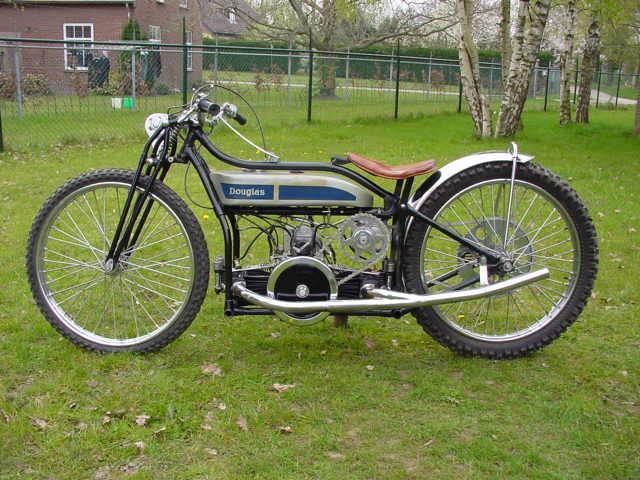 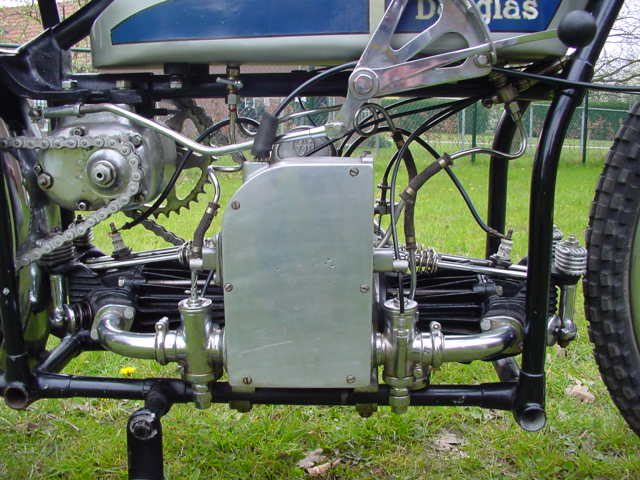 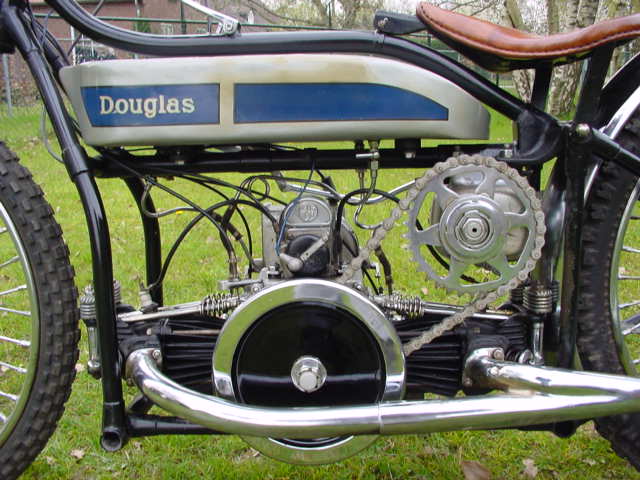 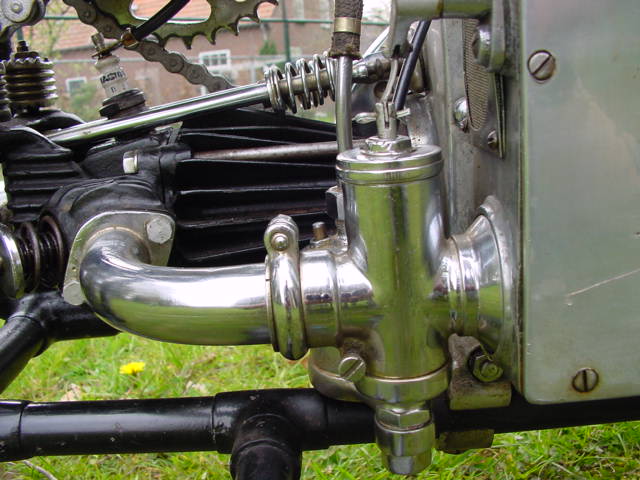 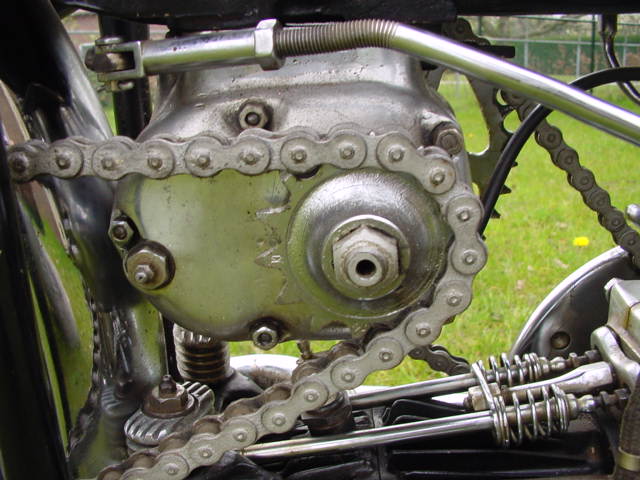 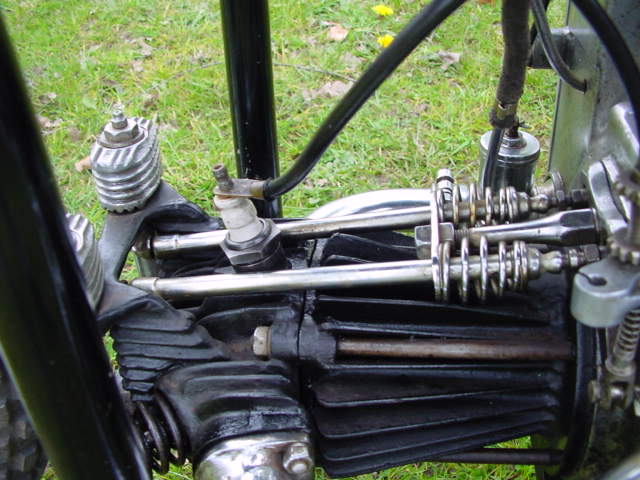 Motor cycle racing on “dirt”originated in the U.S.A.
Previously races were mainly held on hard surfaces but this became more and more dangerous to riders and spectators: it was evident that natural laws limited the cornering speed on board tracks.
So riders and organisers turned to loose-surfaced tracks.
By 1913 the American record for dirt tracks with a one-mile lap had been cut to 43 seconds, a speed of more than 83 miles per hour!
The new sport spread to Canada and from 1920 to Australia, where it developed a very high spectator value and became “big business” for promoters and top riders.
In 1928 a small group of Australian professionals came to Britain to try and establish the sport there.
Within a few months speedway racing was a huge success.
The Australian riders favoured adapted Douglas SW 5 racing motorcycles because of their low centre of gravity. When the “new” sport caught on Douglas were quick to launch an adapted version of the SW 5 , the DT 5.
This machine had no brakes or clutch, 3 speed gearbox , special frame,  dual control twin carburettors and strengthened rear wheel construction, to name just a few dirt track  specialities. Alcohol fuel and a 14:1 compression ratio made this a very fast machine.

This DT Douglas  was raced in Australia by the late Alf Chick and is in excellent restored condition.