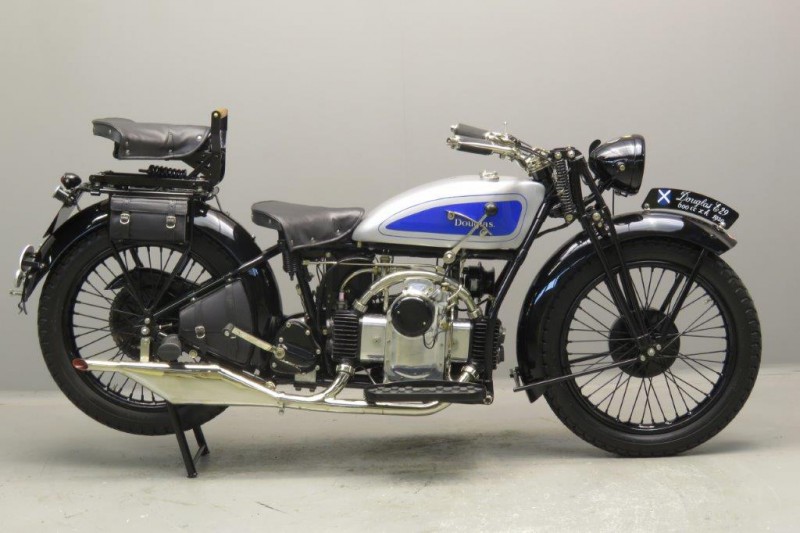 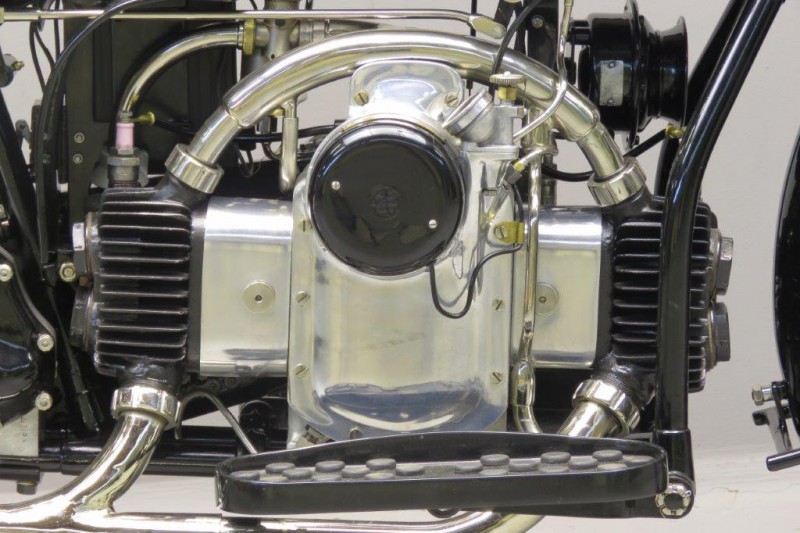 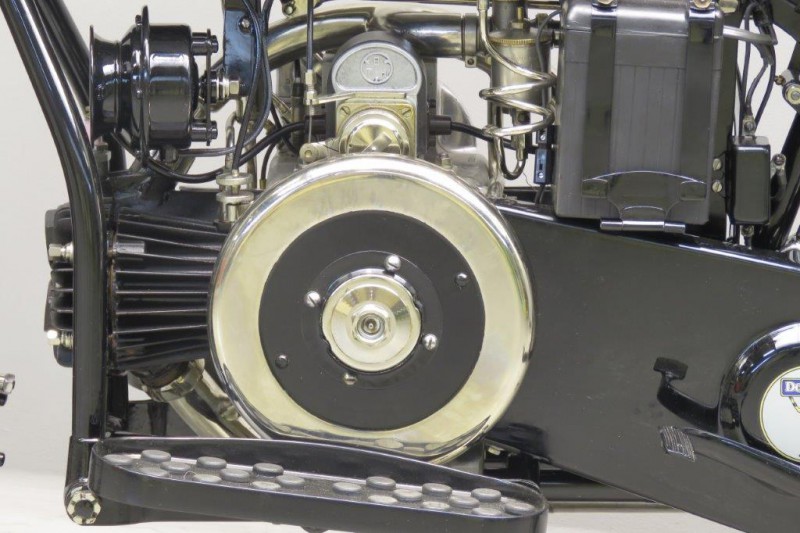 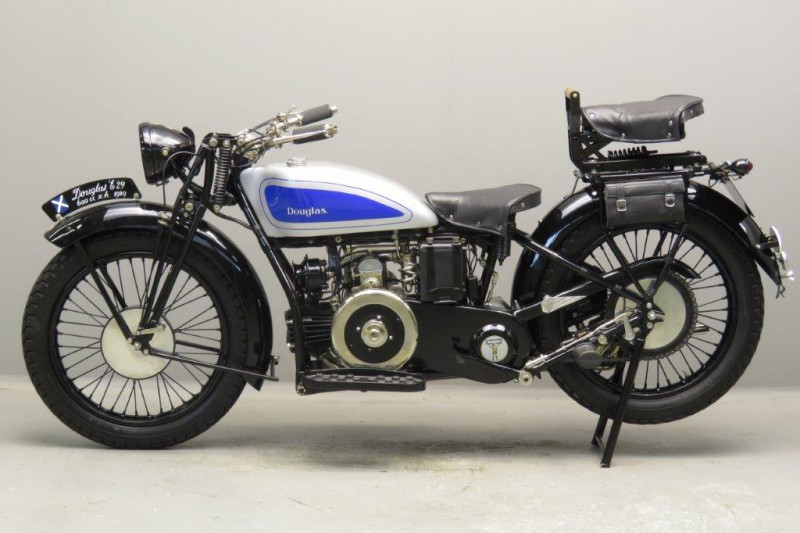 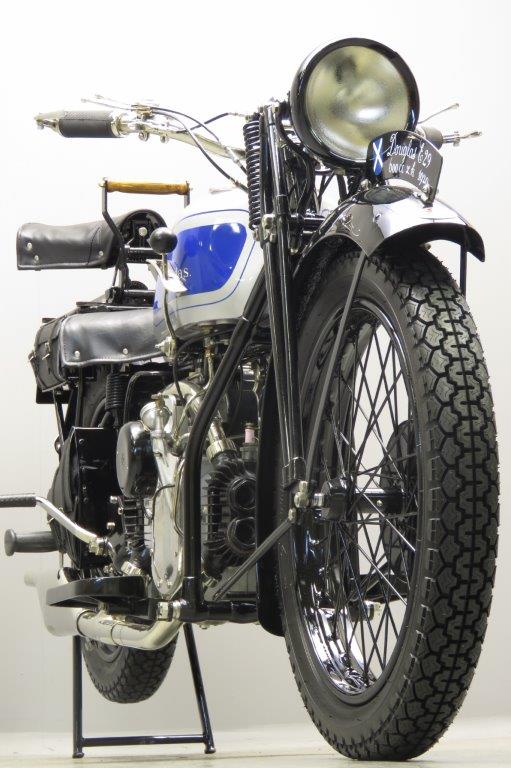 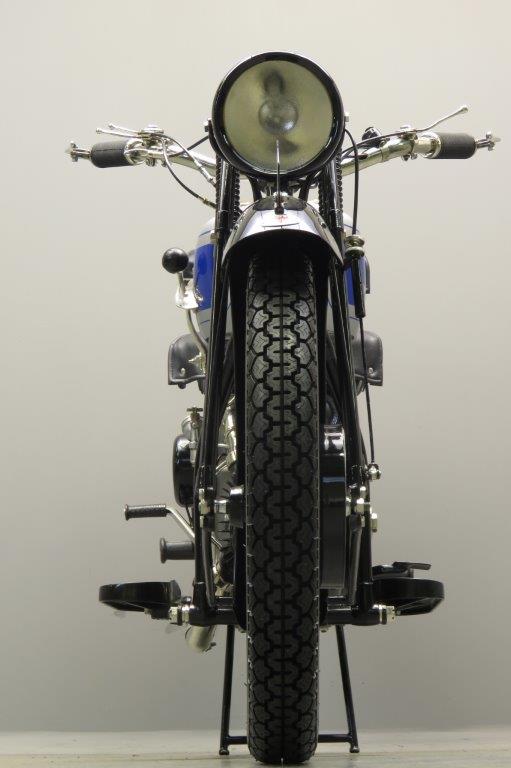 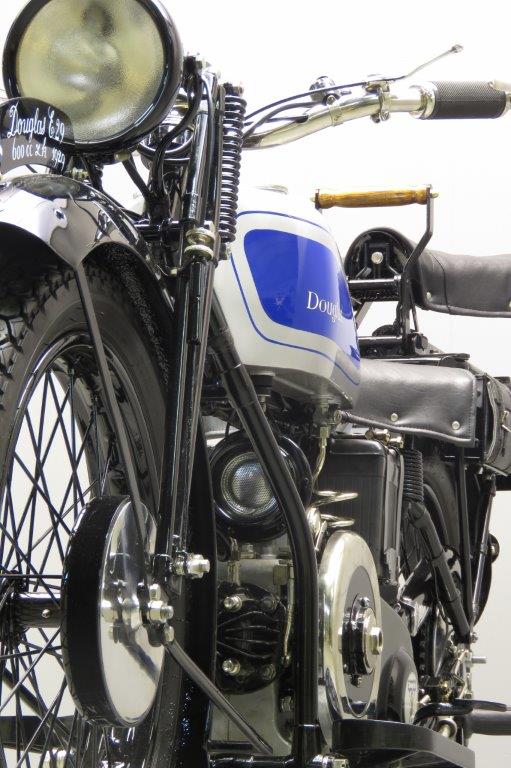 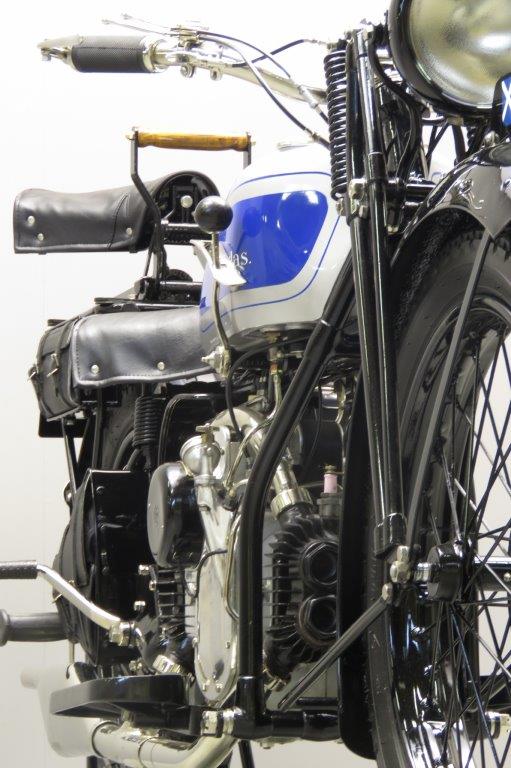 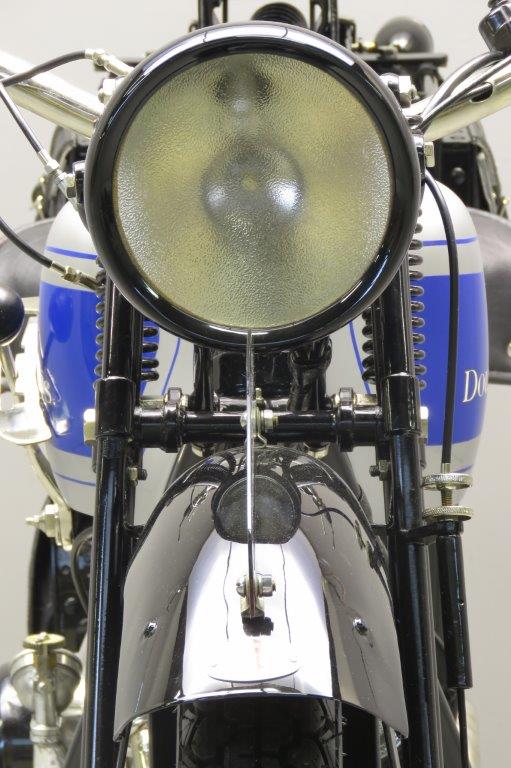 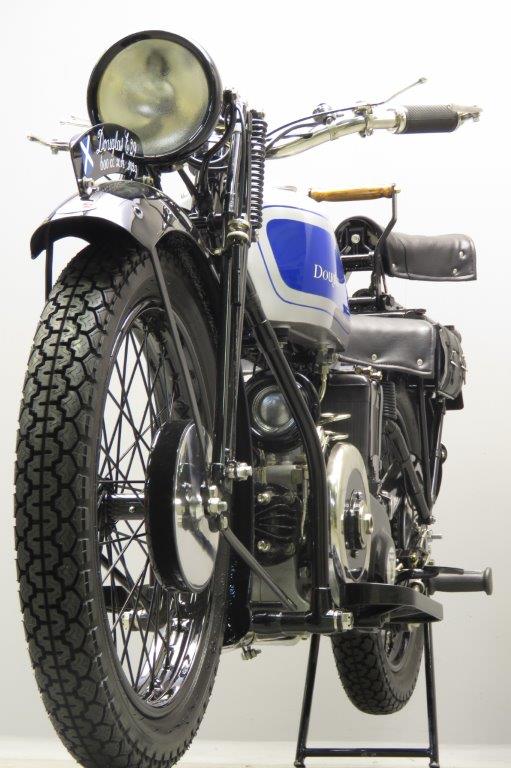 This Bristol-based firm developed the horizontally opposed fore-aft unit in about 1907 and continued utilizing this engine layout  well into the thirties.
The earliest Douglas models had direct belt drive, but in 1910 a two-speed gearbox was added, with the control on top of the petrol tank.
Douglas machines became very popular because of their lightness,  ease of starting and speed: in the 1912 Junior TT races Douglas took first, second and fourth places.
In the First World War  thousands of  2 ¾ HP machines were commissioned for use by despatch riders and  performed splendidly.
In 1925 the new E.W model was introduced;  the engine was updated and the cycle parts were modernized, the main new feature being the attractive sloping petrol tank that replaced the flat parallel one used for so many years.
The gear change lever  of the 3-speed gearbox was now operated  through  a slot in the tank.
The famous Douglas silver with blue panels colour scheme was retained and the new model attracted much attention at the Motor Cycle Show, another attractive feature being its modest price of  £ 45.
The E.W. was immediately popular and continued with modifications for  a number of  years.
The E.W. concept was also used for a more powerful model in the 600 cc class, destined primarily for sidecar and overseas use.
This model became available for the 1927 model year in a touring version and a sports version. New for the 1929 model year was a  saddle tank.
This touring E. 29 is equipped with the extra “Douglas BTH” electric lighting system that was available at an extra of  6 pounds and 5 shillings above  the standard price of 49 pounds and 10 shillings.
The E.29 is very sturdily designed with big 8 inch brake drums and tapered roller wheel bearings.
The machine is a concourse restoration and comes complete with Bosch electric horn and comfortable pillion seat.