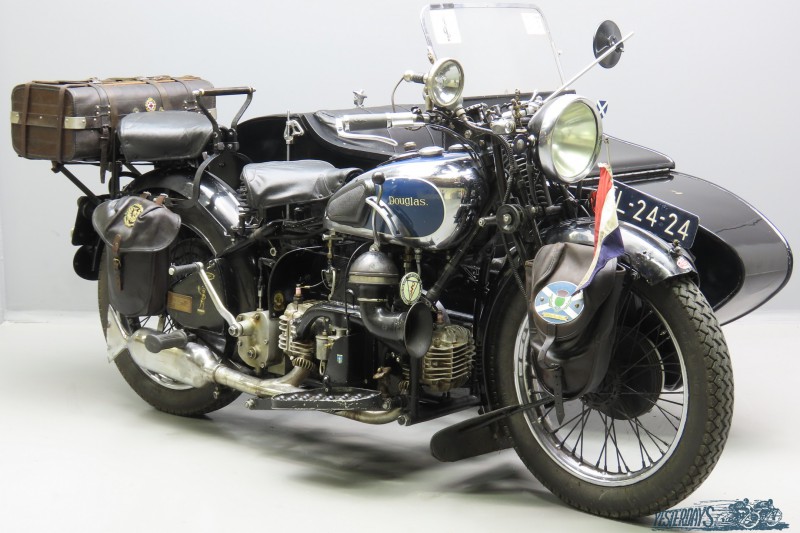 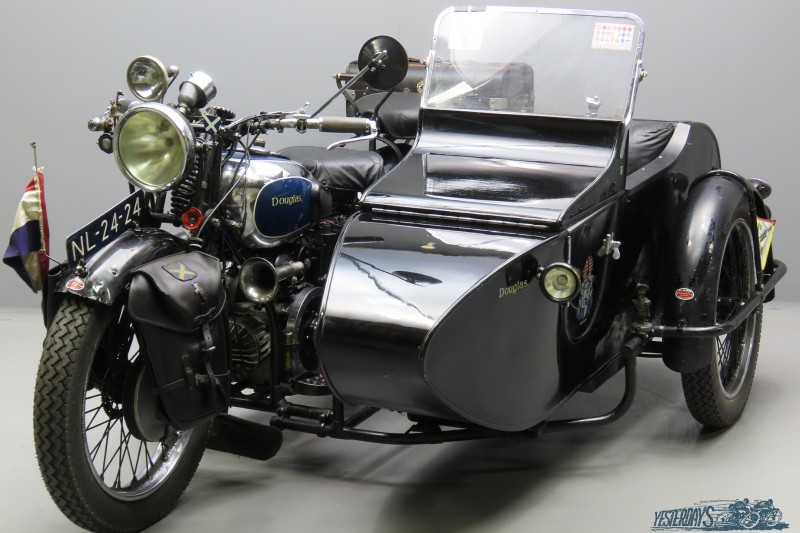 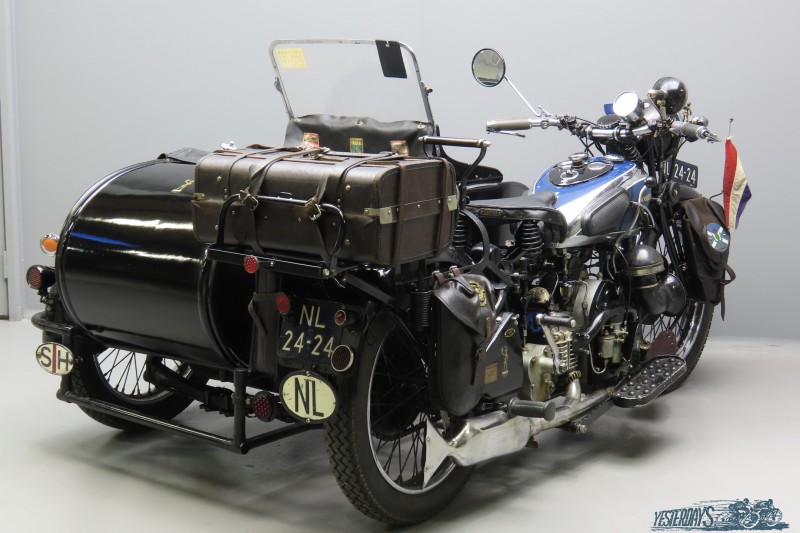 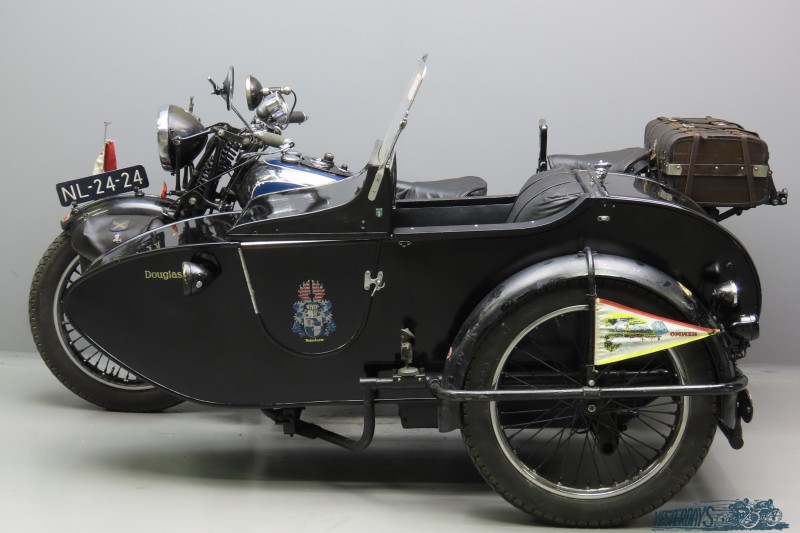 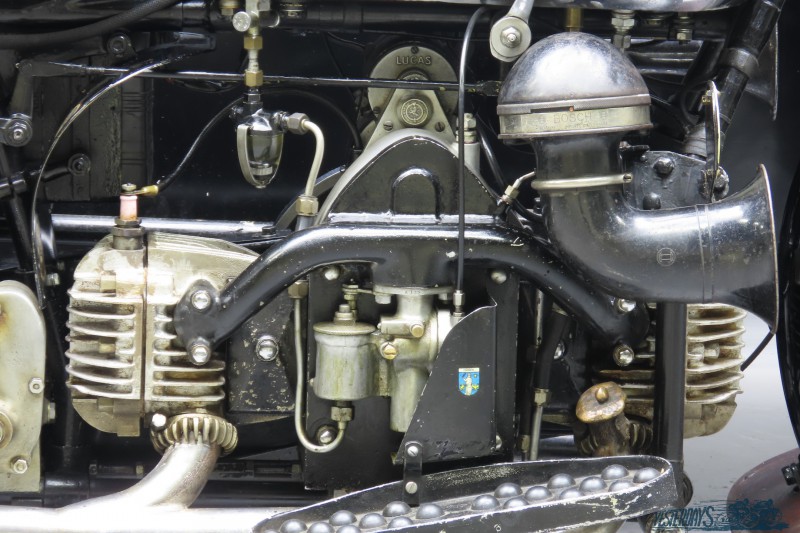 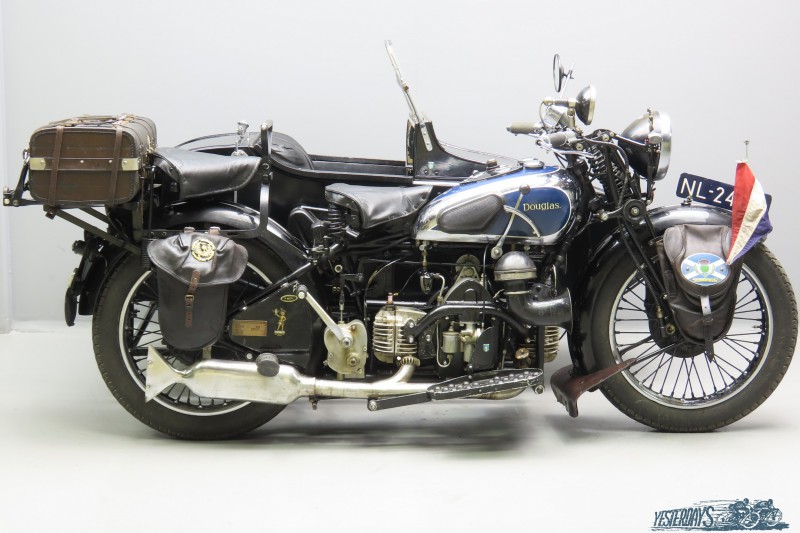 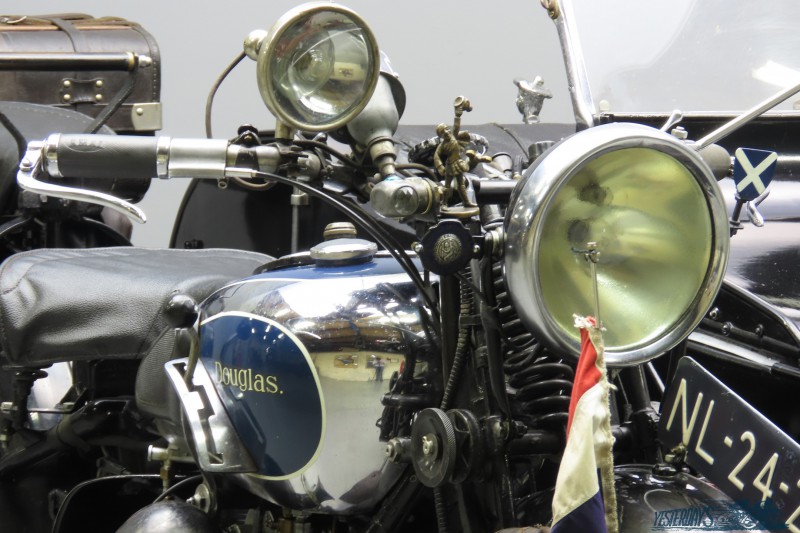 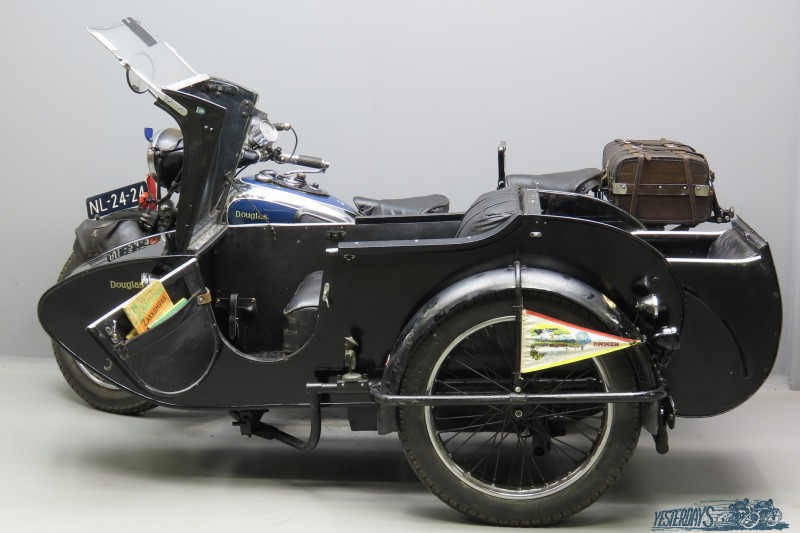 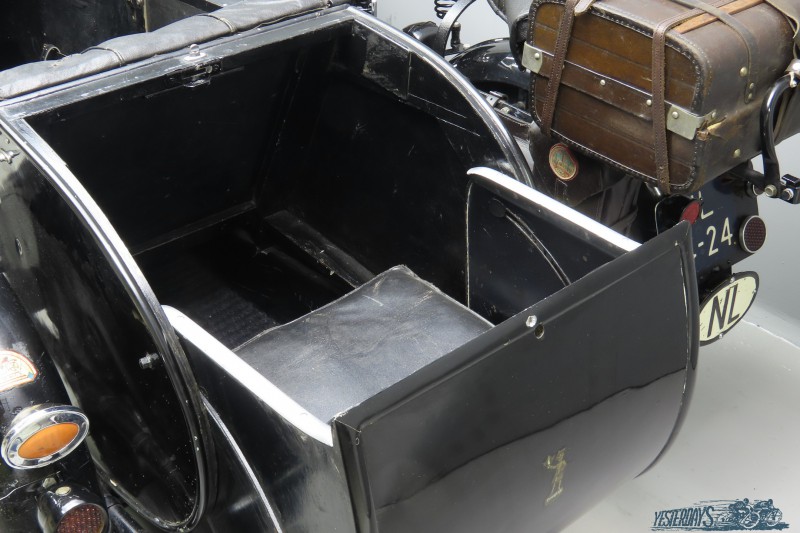 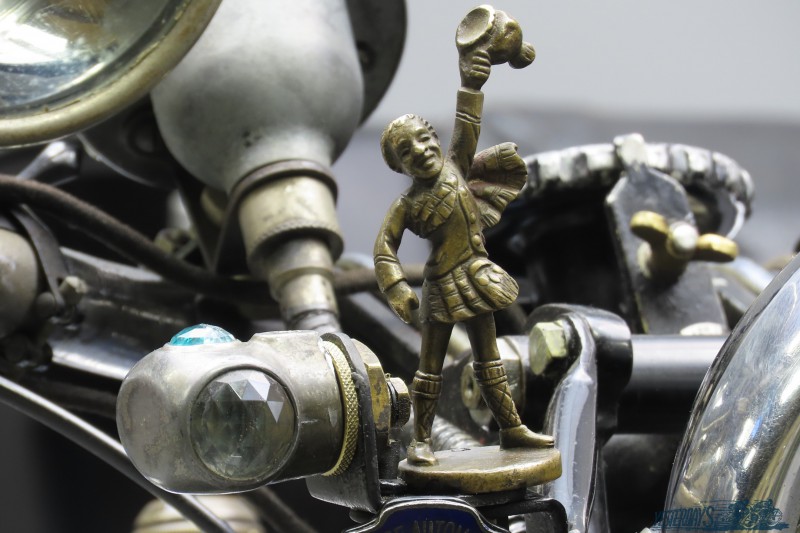 The 1930s were difficult years for Douglas.
The Douglas organisation was sold to a group of investors in 1932 but its financial problems persisted, leading to a further change of ownership in 1933.
Production was at a standstill in the early part of that year, with dealers offering unsold 1932 models at discounted prices.
New models were announced for 1934 and 1935, but in June 1935 the company changed hands again, this time bought by the British Aircraft Company.
Models were re-branded as ‘Aero’, but little development occurred between 1936 and the end of motorcycle production in 1939.
The largest machine in the 1934 range was the 744cc “Z1”.
It was intended primarily for sidecar duty and had bore x stroke dimensions of 76x82mm.
Given the name ‘Powerflow’ in 1935, it was dropped at the end of that year and is one of the rarer Douglas models of the 1930s.
The Z1 had redesigned cylinders and heads on the D33/E33 crankcase and was equipped with an external geared oil pump.
The frame was new and had duplex front down tubes and the 16-litre saddle tank had a more bulbous shape with inset instrument panel, consisting of oil pressure and amp gauges, light switch and inspection light.
There was no oil sump, the oil was carried in a petrol tank compartment and there was a four speed gearbox with hand change or foot change available.
Braking was improved by fitting a water-excluding lip to both brake plates and by using a finned casting for the front brake drum in order to improve both cooling and rigidity.
This eye-catching Douglas is an original Dutch machine with a brass identification plate on the tool box lid showing a Mr Jacobs from The Hague as the owner.
It has been fitted out for long travels with a family of four: there’s a passenger seat and room for two in the sidecar.
There’s ample luggage space; four leather bags on either side of the wheels and a leather suitcase on the carrier.
Other practical items include a Bosch horn, search light, rear view mirror, Smiths speedometer and steering damper.
To the right of the double-adult sidecar we find a can to carry spare petrol and the leather sidecar tonneau cover shields the interior from rain.
And of course, the card holder in the sidecar holds various vintage road maps.
We would describe this Douglas combination as a matured restoration.
A former owner has fitted various adornments, mostly Douglas-related but we also spotted several doctor’s signs and a Saint Christopher (patron saint of travellers) medal fitted to the right of the headlamp.
The longer you look at the details of this fascinating combination, the more you discover….