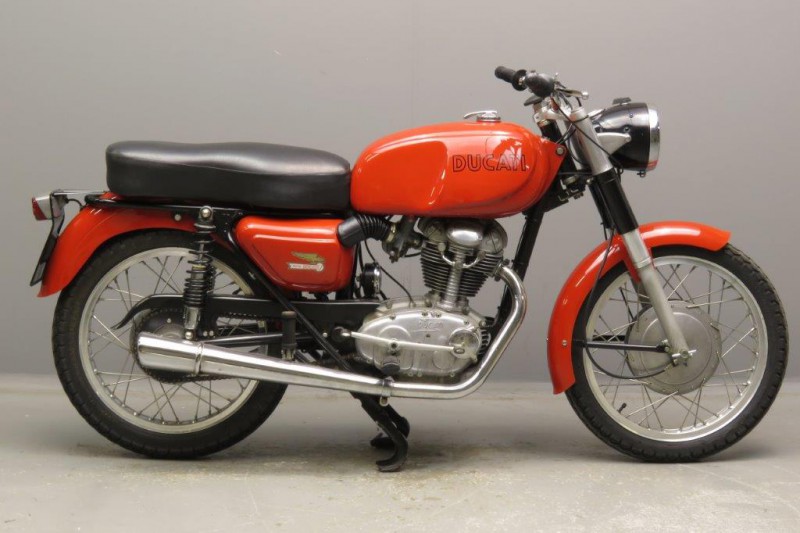 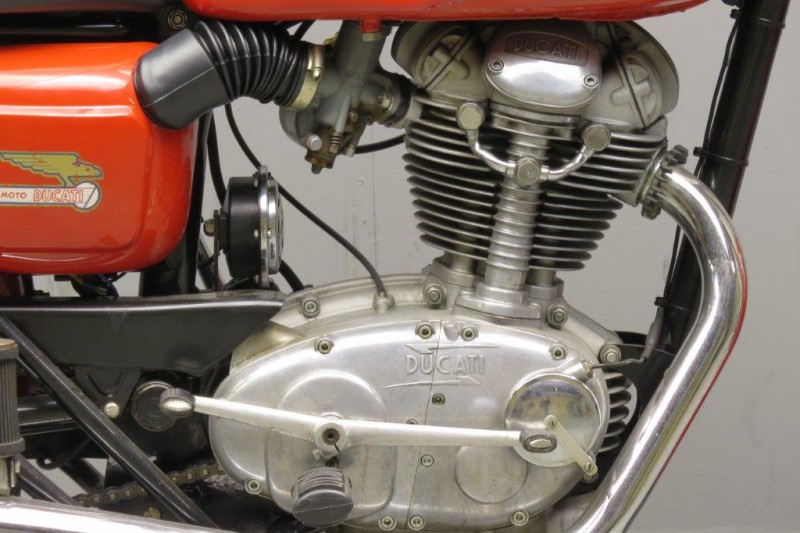 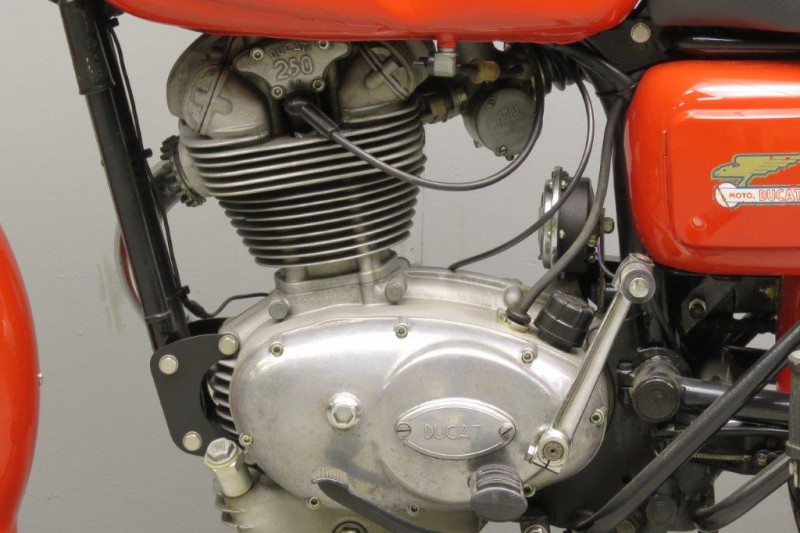 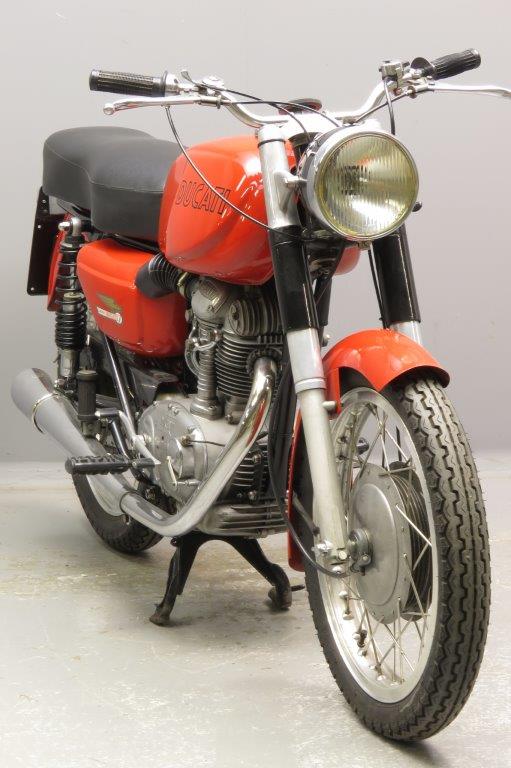 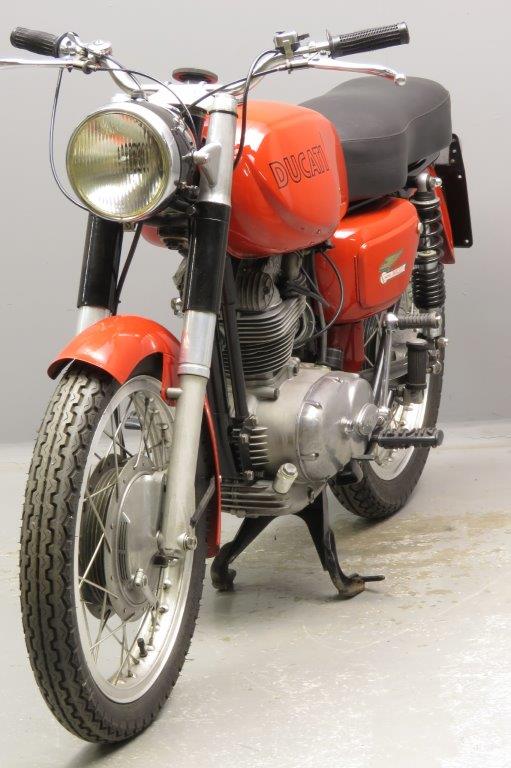 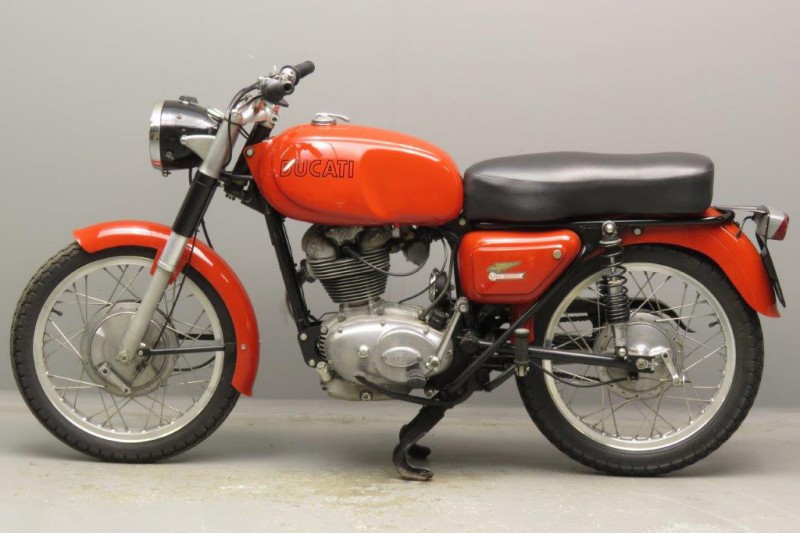 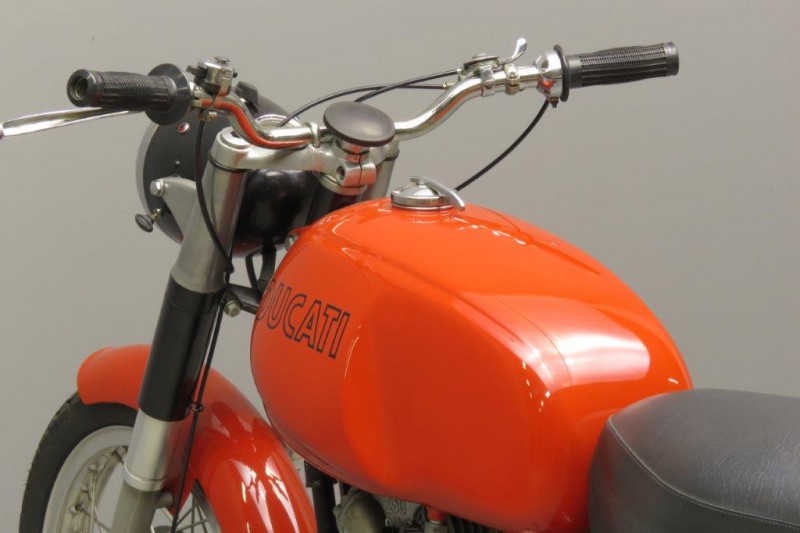 In 1926 an Italian named Antonio Cavalieri Ducati and his three sons founded a company in the name of Società Scientifica Radio Brevetti Ducati in Bologna to produce vacuum tubes, condensers and other radio components.
The family built Ducati into a reasonably successful business.
Heading into the second world war, the company maintained production despite the factory being a repeated target of allied bombing.
The first Ducati motorcycle was a 48 cc bike weighing 44 kg, with a top speed of 64 km/h. In the 1950s Ducati was split into two entities, Ducati Meccanica SpA and Ducati Elettronica, in acknowledgment of its diverging motorcycle and electronics product lines.
Following on from the success of the prototype racing 250 F3, a 250 cc street bike was presented at the Milan Fair in April 1961.
This new motorcycle would form the basis of the ohc production range until the wide case single of 1968 and was available in two versions, the touring Monza and more sporting Diana.
In 1965 the Monza got a 5-speed gearbox.
The engine has a power output of 22 HP @7200 rpm and a top speed of about 128 km.
The machine is relatively light with its dry weight of 125 kg.
This sports single has been restored and is in excellent shape.