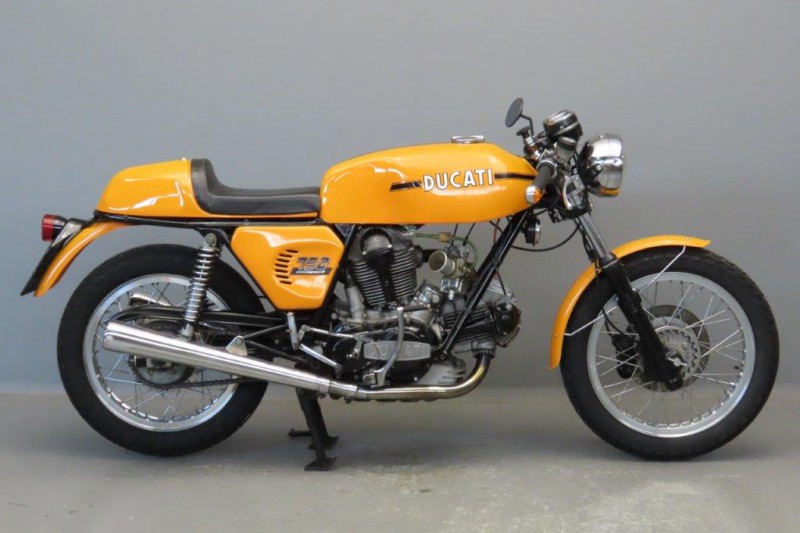 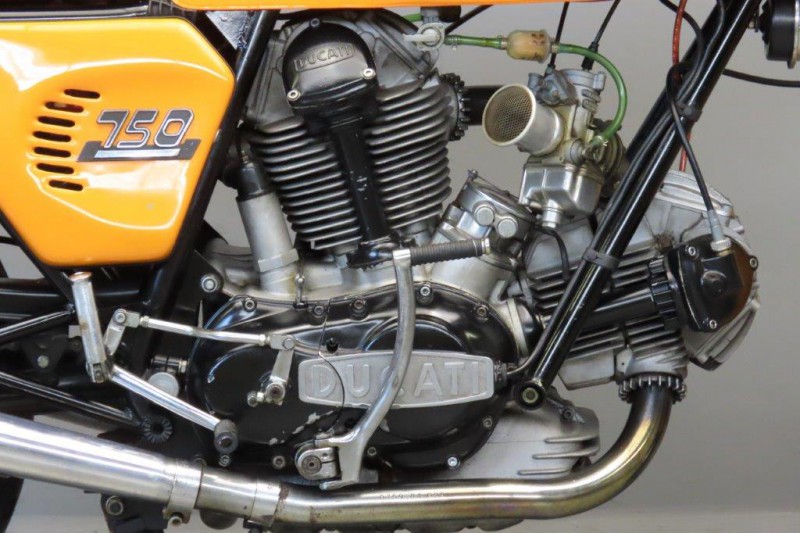 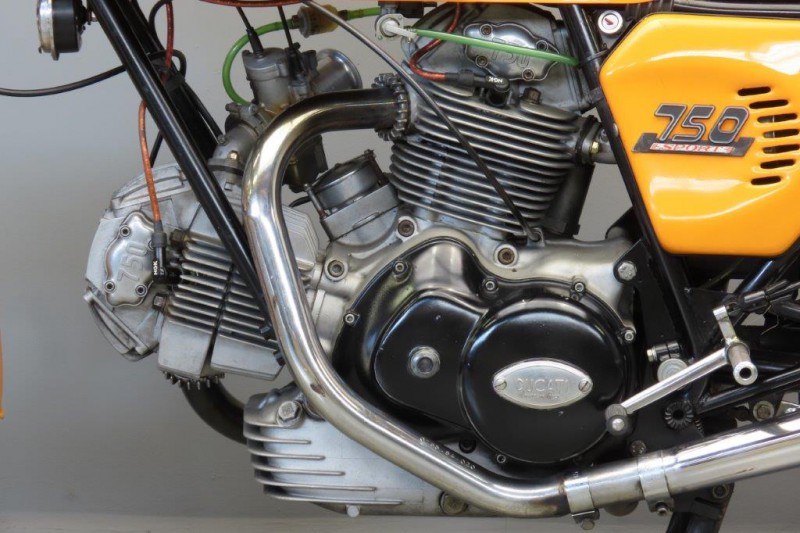 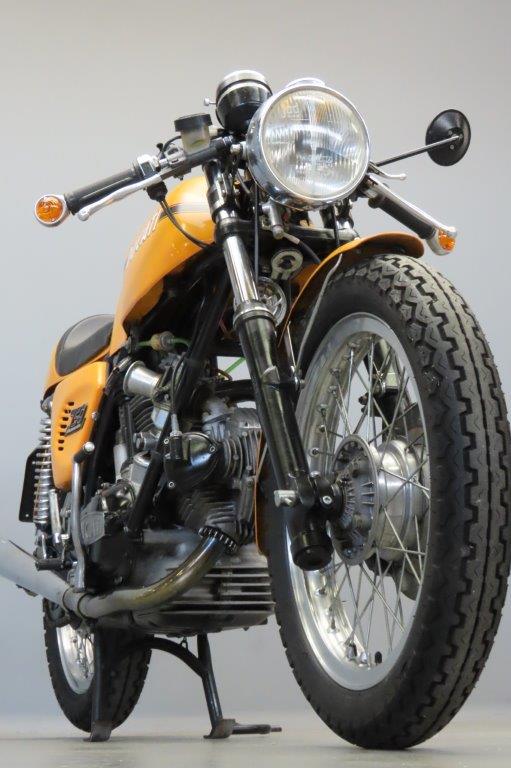 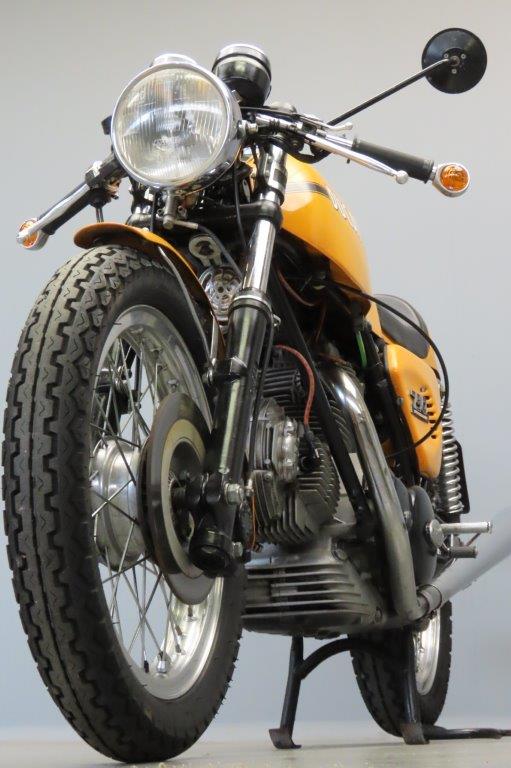 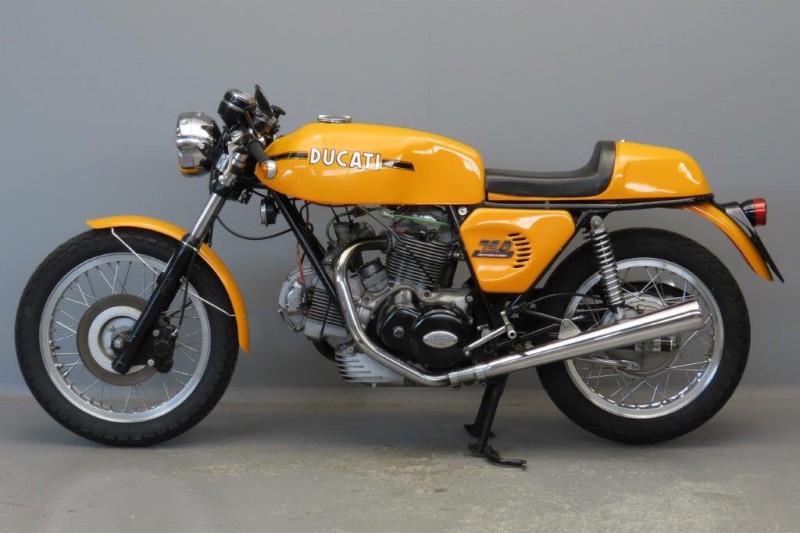 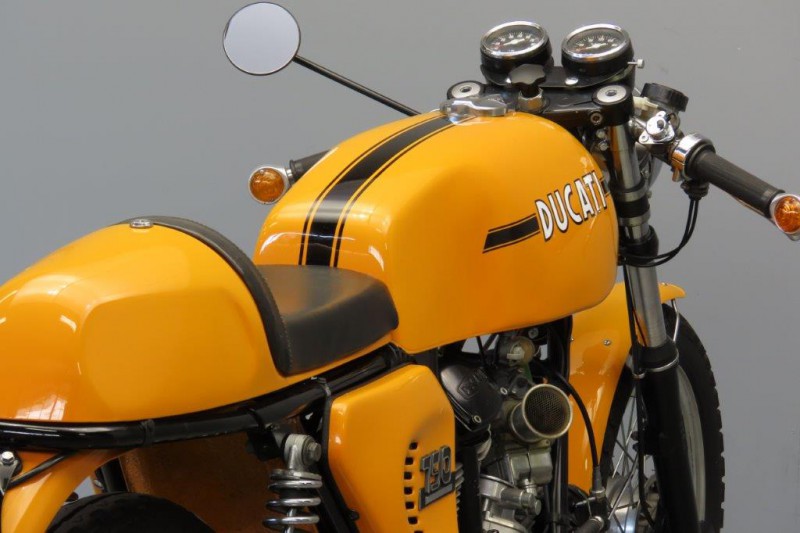 Designed by the legendary Fabio Taglioni, Ducati’s first road-going v-twin – the 750 GT – arrived in 1971.
Lacking the resources of larger rivals from Japan, Ducati made the most of what it already possessed to create one of the all-time great motorcycles of the post-war era.
A 90-degree vee, the engine looked like two of the Bologna firm’s bevel-drive overhead-cam singles on a common crankcase (which in essence it was) though the coil valve springs represented a departure from Ducati’s traditional hairpins.
The 90-degree layout made for exceptional smoothness and a lengthy wheelbase, a handicap more apparent than real that failed to stop the fine-handling Ducati vees notching up a succession of wins in Formula 750 events, commencing with Paul Smart’s famous victory at Imola in 1972.
Based on the original 750 GT tourer, the 750 Sport was an altogether more exciting looking beast and backed up its stunning looks with improved performance courtesy of a maximum power hike from 50 to 56bhp.
Built only until 1974, the Sport underwent minor changes to its front fork and disc brake but otherwise changed little, and was only ever sold in the classic yellow/black livery shared with the Desmo singles.
First of a noble line of sporting Ducati v-twins, the 750 Sport is a true landmark machine; much rarer than, for example, the later Mike Hailwood Replica, it is one of the most sought-after of all Ducatis.
Only 1,625 were made – the majority between 1973 and 1974, with a handful built for Australia in 1978 – of which only 200 were officially imported into the USA (in 1974).
The 750 Sport has a compression ratio of 9.3:1 and delivers its 56HP @7,500 rpm.
The machine’s dry weight is 185 kg and its top speed is 200km.
This fabulous Sports machine is in excellent condition throughout.