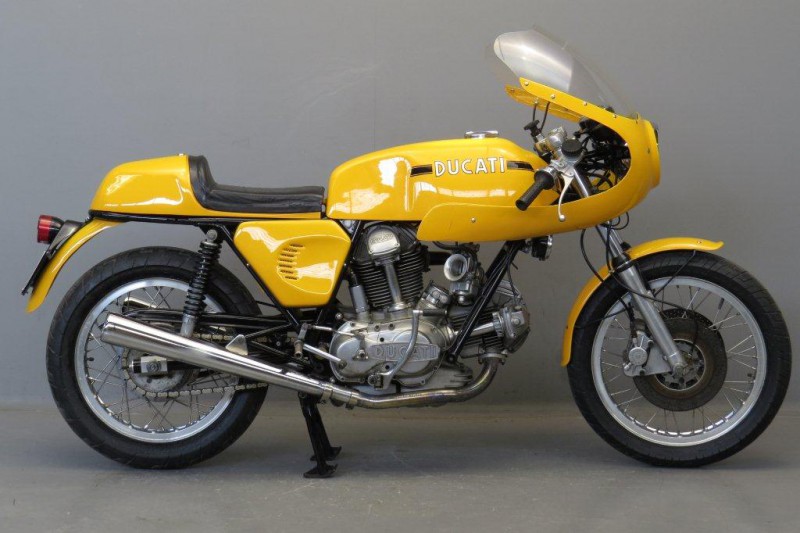 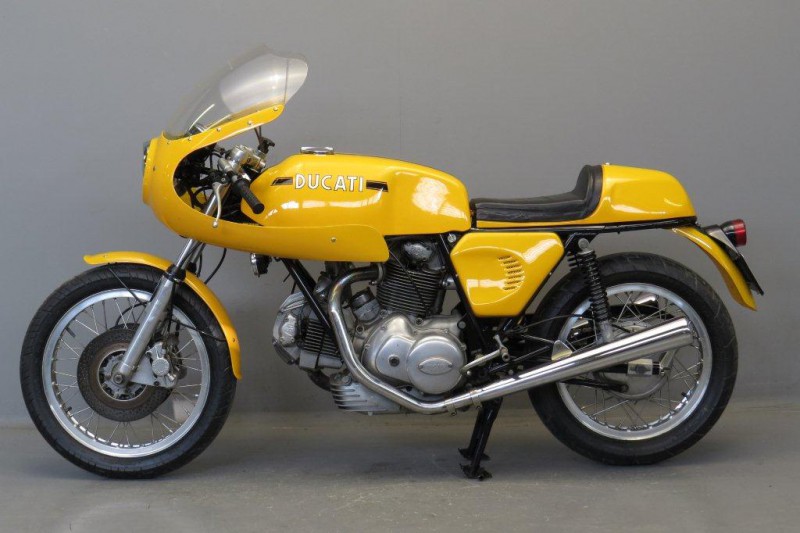 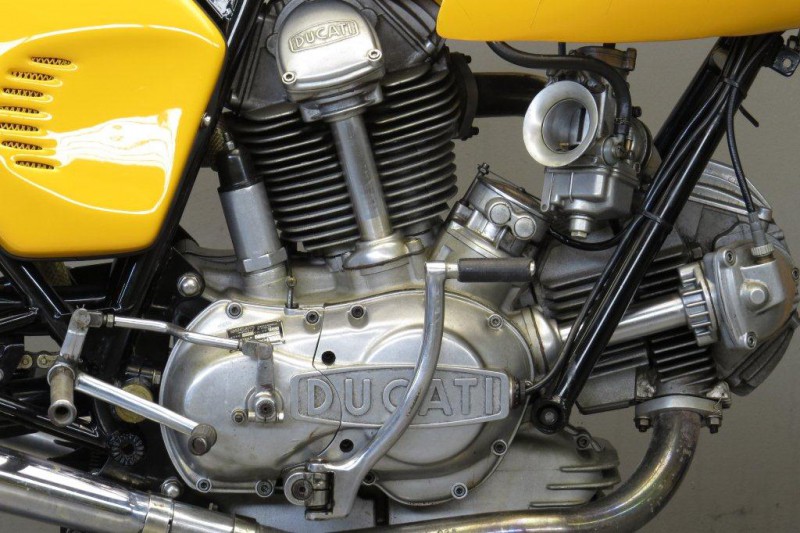 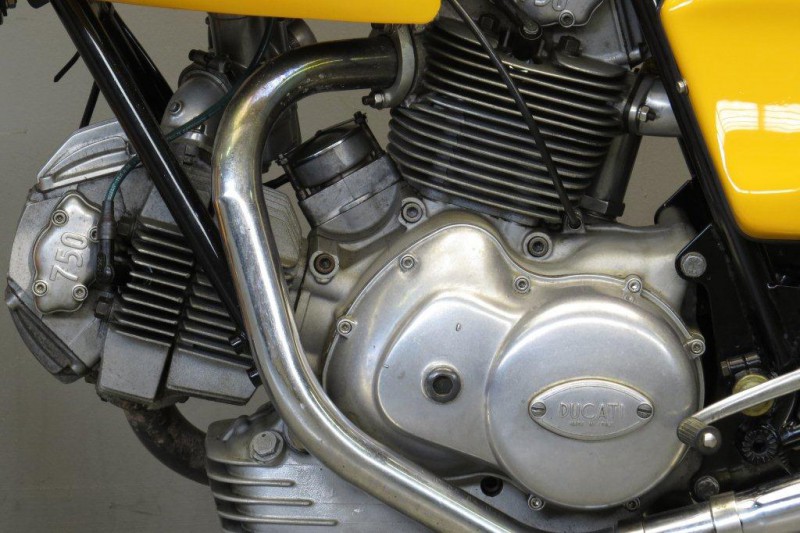 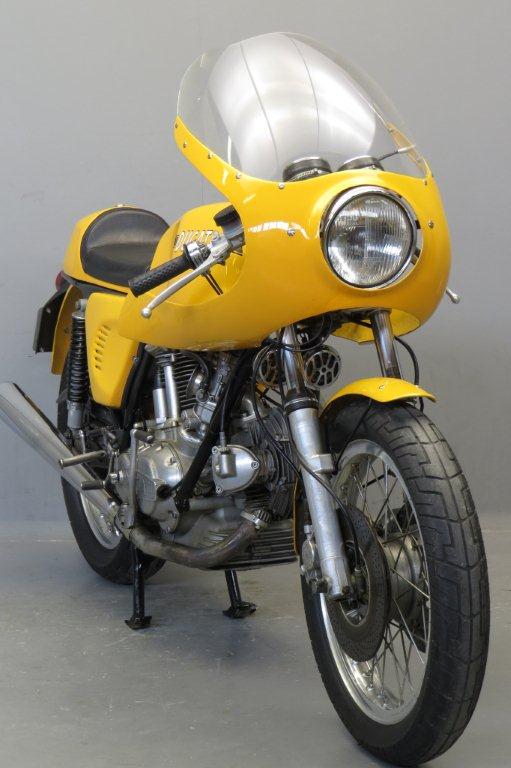 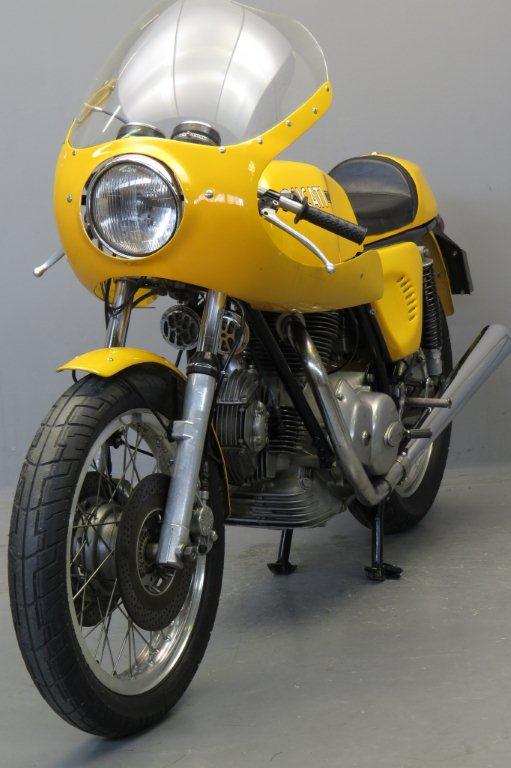 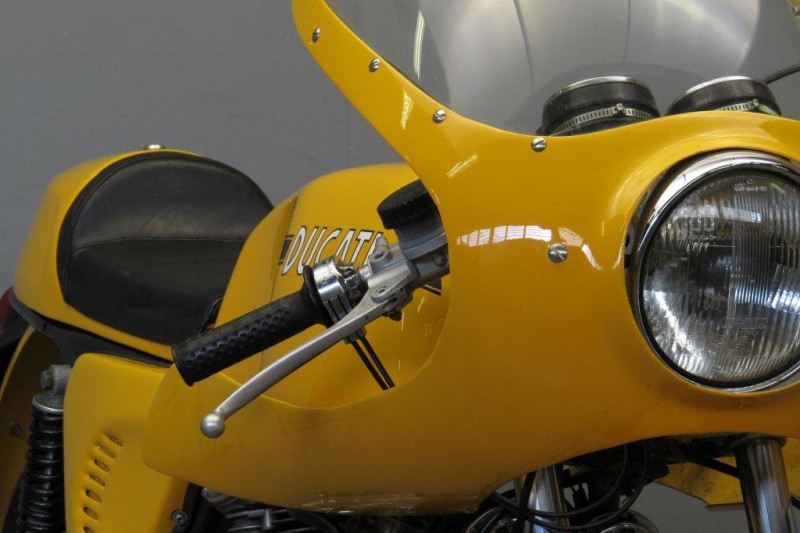 The Ducati 750 S is one of the all-time great Ducati’s offering spectacular handling as was demonstrated by Paul Smart and Bruno Spaggiari’s 1972 Imola racing results on their stock-based machines.
The round case engine and the sporty design features make the 750 Sport a very handsome bike; the best Ducati has to offer.
The 750 S ‘round case’ engine has vertically split aluminium crankcases, a 90 degree L-twin layout with the vertical cylinder inclined at 15 degrees upwards.
The five-speed gearbox is incorporated in the engine crankcase and all 750 Sports have a right side gearshift.
The valves are actuated by single overhead camshafts driven by a set of bevel gears and uses valve springs for closing .
All 750 Sports are fitted with Dell’Orto PHF32A carburetors.
Compared to the 750 GT, the 750 S has a lighter crankshaft and higher compression pistons.
Engine covers were painted black in 1972 and 1973 but polished in 1974.
The ’74 engine has updated camshafts.
With its tubular steel frame, that uses the engine as a stressed member, the 750 S earned a reputation to be one of the best handling bikes available.
The 1973 and ‘74 models had a narrower rear sub frame and had the rear shocks mounted outside the frame rather than under it.
The bike was an instant cult success, hailed widely for its handling and exclusivity.
Some of the greatest hyperbole came from “The Wonderful World of Cafe Racers,” a magazine of the day: “The motorcycle’s handling is so stable that ineptitude becomes mere mediocrity, mediocrity in turn graduates to competence and competence blossoms into sheer corner-swooping finesse.”
The machines were so well received by enthusiasts that they became the foundation of the modern Ducati line.
This 1974 “Yellow Sport” “Round Case”  Ducati 750S is in a well maintained condition and runs very well.