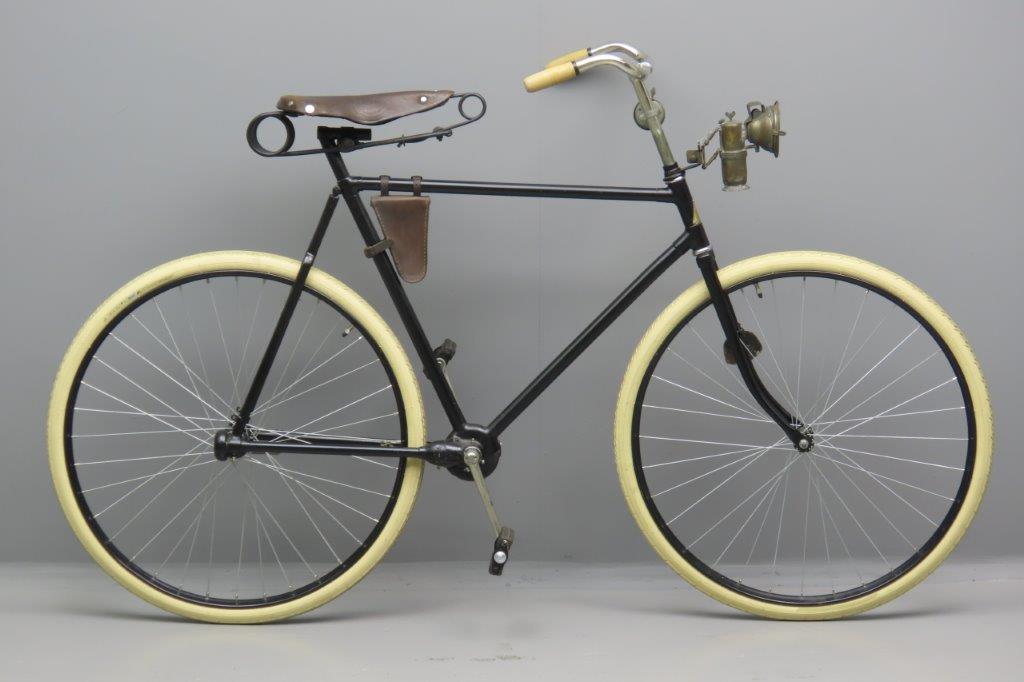 Founded in Bielefeld in 1867 by Nikolaus Dürkopp, the factory was at first active in the production of sewing machines and from 1885 on bicycles were produced.
The factory gained an excellent reputation for quality and workmanship.
Almost from the beginning the “Diana” name was used: Diana was a Roman and Hellenistic goddess and patroness of the countryside, hunters and crossroads.
Dürkopp was one of the few bike manufacturers in continental Europe to make significant amount of shaft-driven bicycles in the 20th century.
This model dates from the late teens, early twenties and is in fine condition.
Handlebars and cranks are nickel plated, grips are made of wood.
The left hand side rear frame is detachable to give easy access to the rear wheel.
The bicycle is fitted with a characteristic contemporary “Lepper” saddle and carries an enamel Belgian tax plate from 1934.