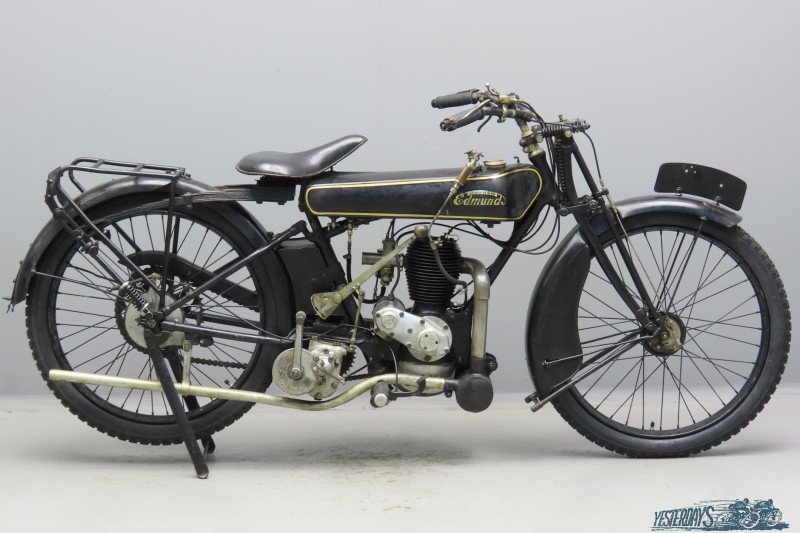 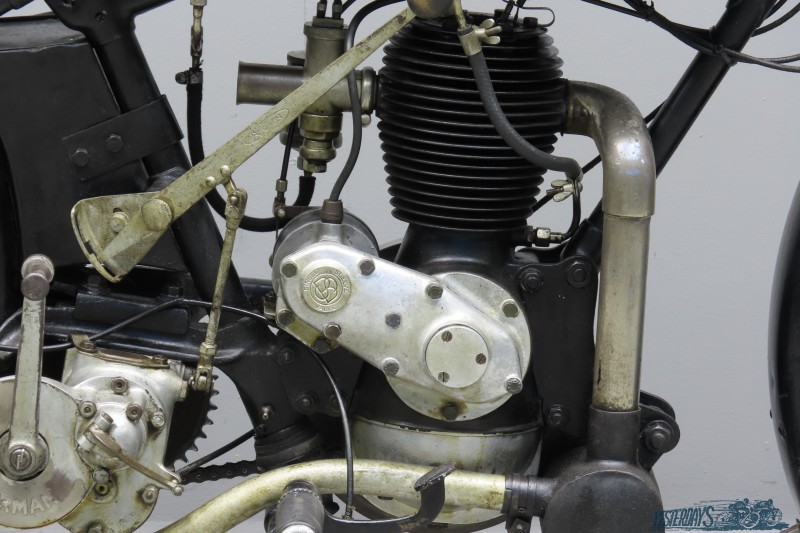 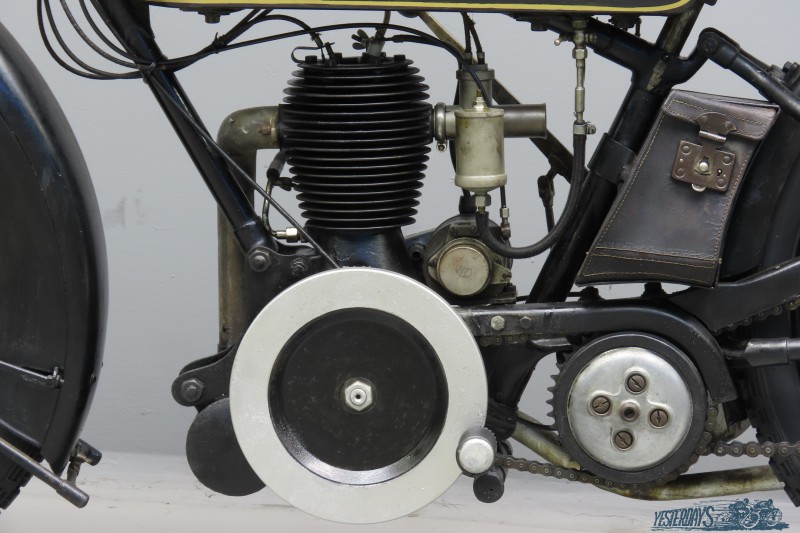 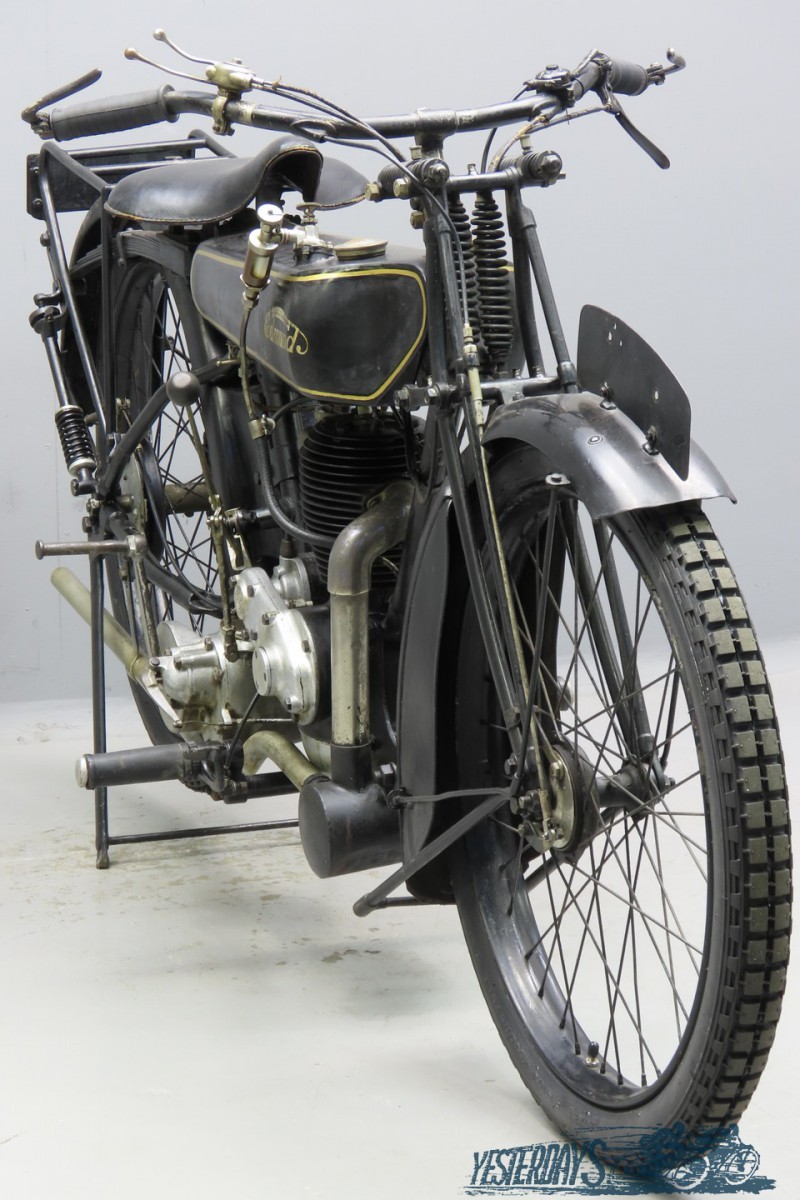 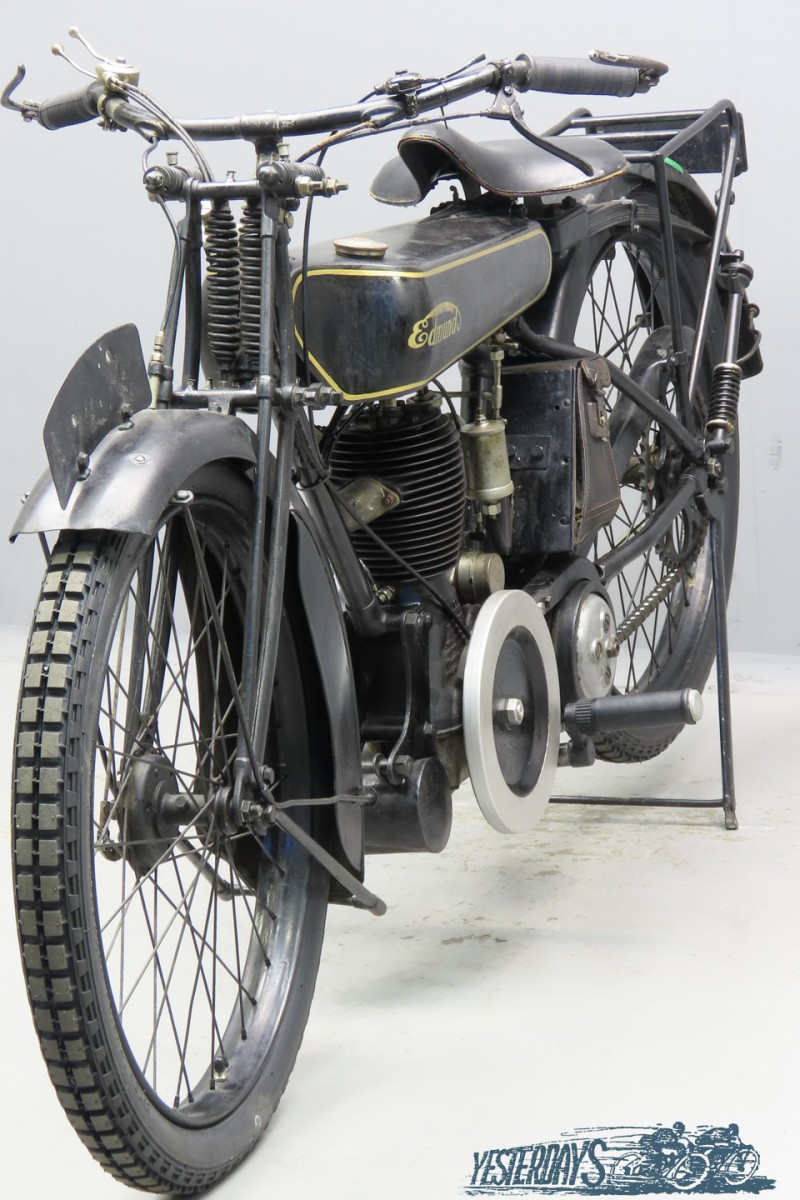 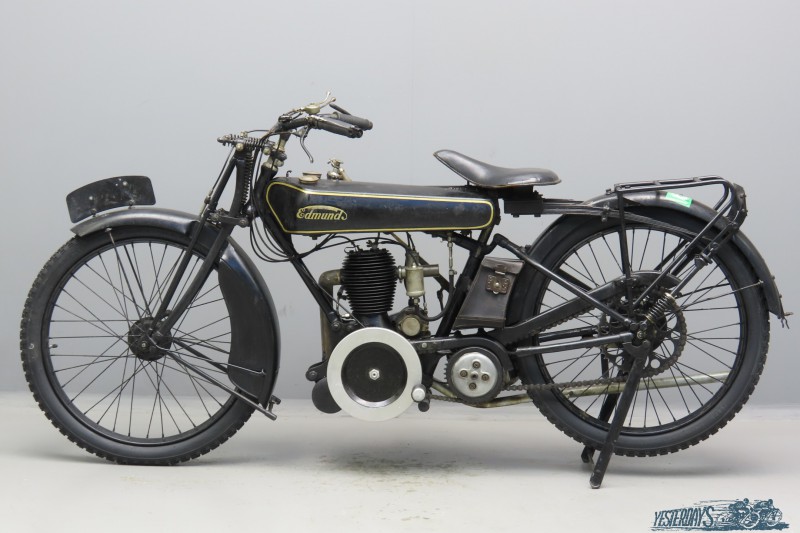 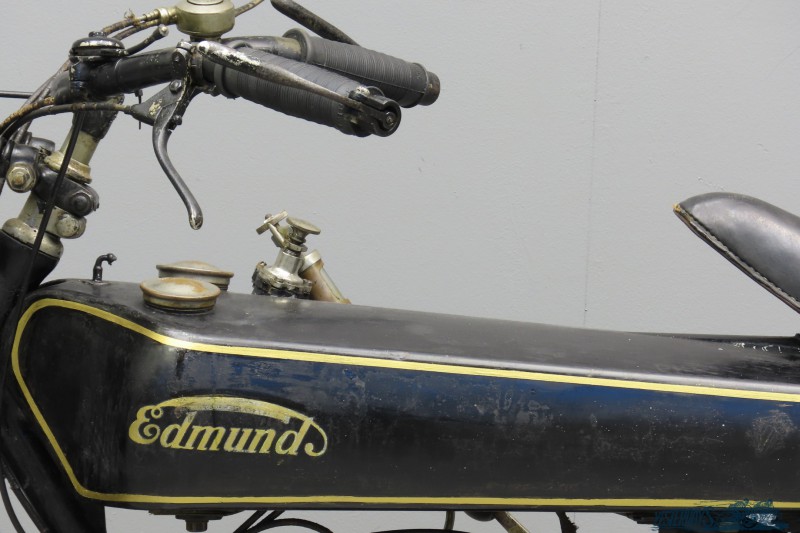 Company founder Charles Edmund Holaway, an architect of profession, had designed an innovative spring frame for motorcycles around 1910.
As the trade didn’t show much interest he decided to start and build complete motorcycles himself to prove the quality of his design. So from around 1913 a range of machines was brought out, powered by various engines, including JAP, MAG, Fafnir, Green, Blackburne, Villiers and Barr & Stroud.
Charles Edmund lost his life during the Great War and the company was then led by his brother.
Originally the premises were at Crane Bank in Chester, later on the firm moved to Milton Street.
Edmund had always been a relatively small company but it did very well in the first years after the War, when there was a high demand for motorcycles.
Around 1922 this demand fell sharply and prices rose because of inflation, so many companies went out of business.
This fate befell also the Spring Frame Edmund, the company stopped production in 1925.

The Edmund’s frame is not a true spring frame as we know it now, it’s actually a sprung sub frame.
The weight of the rider is supported by two long leaf springs that stretch from under the saddle to the rear carrier stays.
Short coil springs fitted to the bottom of the stays act as shock absorbers.
The top frame tube, which is pivoted at the steering head, moves vertically with the saddle and footrests are fixed to the extended saddle pillar which passes through the seat tube.
This means the petrol tank also moves up and down on the spring action, so both rider and tank enjoy the benefits from the system.
For 1923 all Edmunds got an internal expanding front brake and also a new model was introduced, fitted with a 350cc sleeve valve Barr & Stroud engine.

The 70×90.5mm bore x stroke B&S engine has a sleeve with ports that is interposed between a conventional piston and its cylinder.
It is caused to slide up and down inside the cylinder and at the same time to rotate slightly about its axis.
This rotating motion enables the single sleeve to control both the inlet and exhaust phases of the four stroke cycle.
The external-flywheel engine is very silent, requires little maintenance and has a remarkably clean exterior.
The cylinder and crankcase are made in one piece and the complete crankshaft assembly with connecting rod and piston can be removed from below, without taking the engine out of the frame. Kenn Hallworth described the working of the B&S engine in detail in an excellent article in Old Bike Quarterly, issue 30.

This rare Edmund comes from a private collection in the U.S.A. and hasn’t been out and about for a very long time, judging the perished condition of the tyres.
The machine is fitted with Burman hand-change gearbox, Amac carburettor, ML magneto and Brampton front forks.
She looks very complete and has been very well preserved, but she will need attention before any road use is at hand.
For further Edmund reading see “Old Bike” issue 12, winter 1994/1995 and The Classic Motorcycle, November 1990.