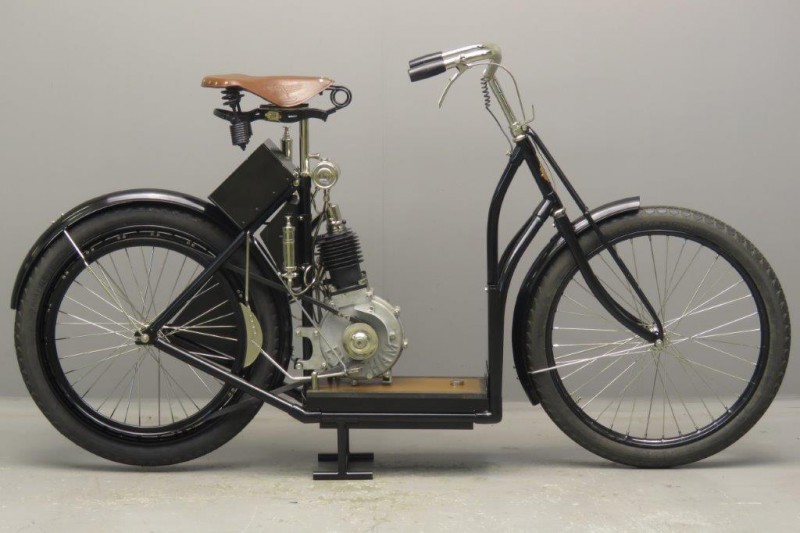 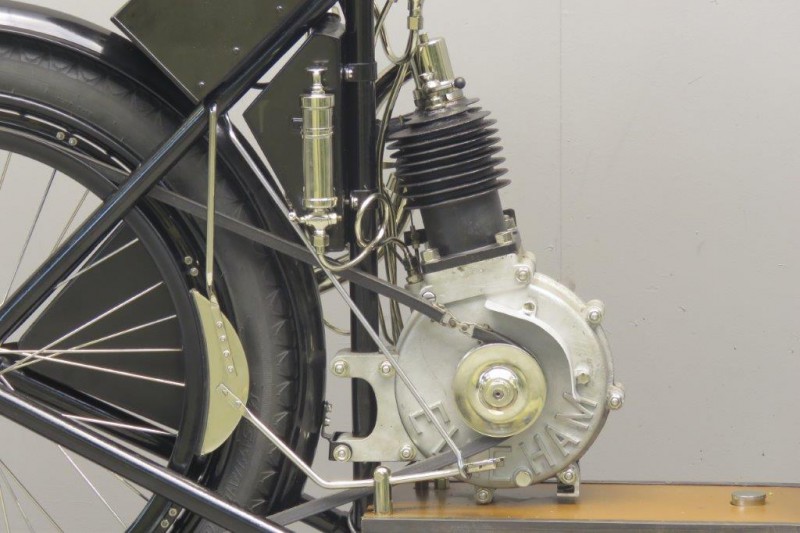 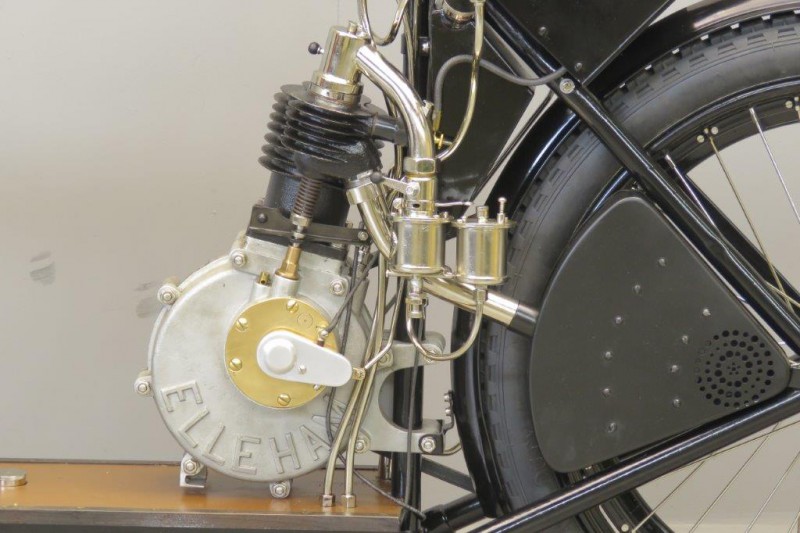 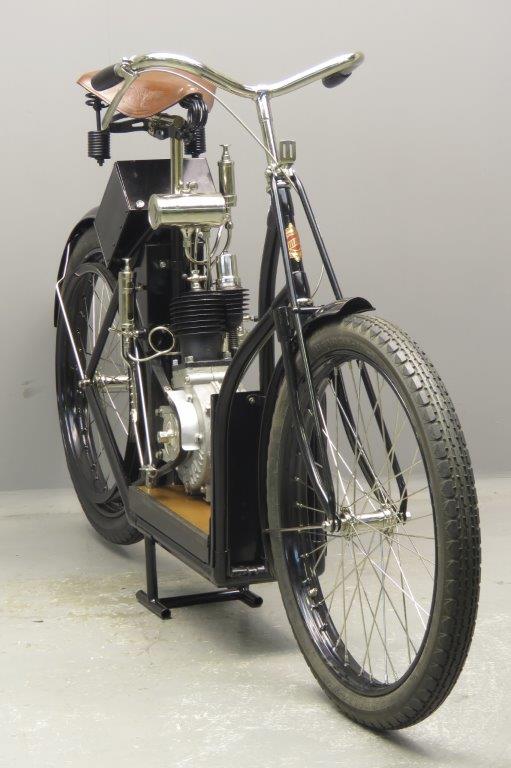 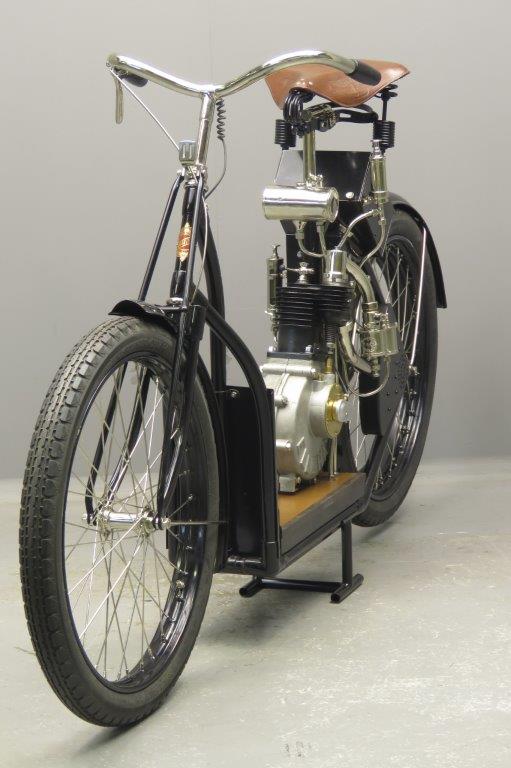 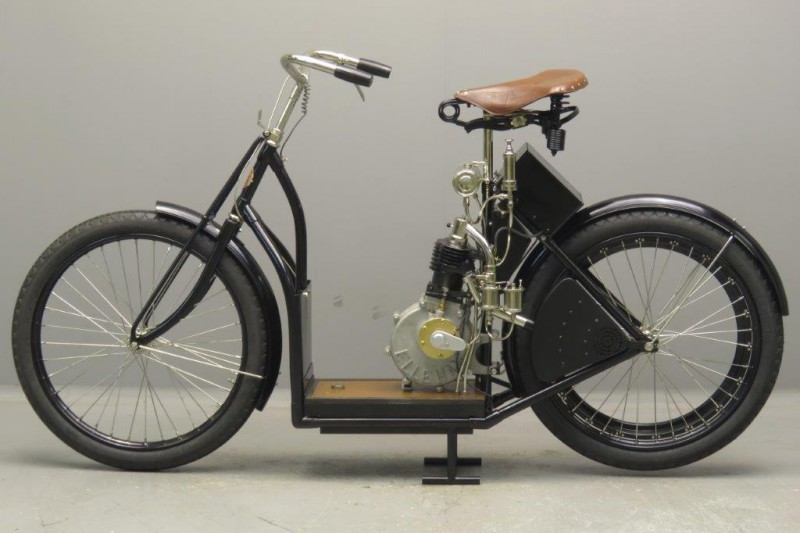 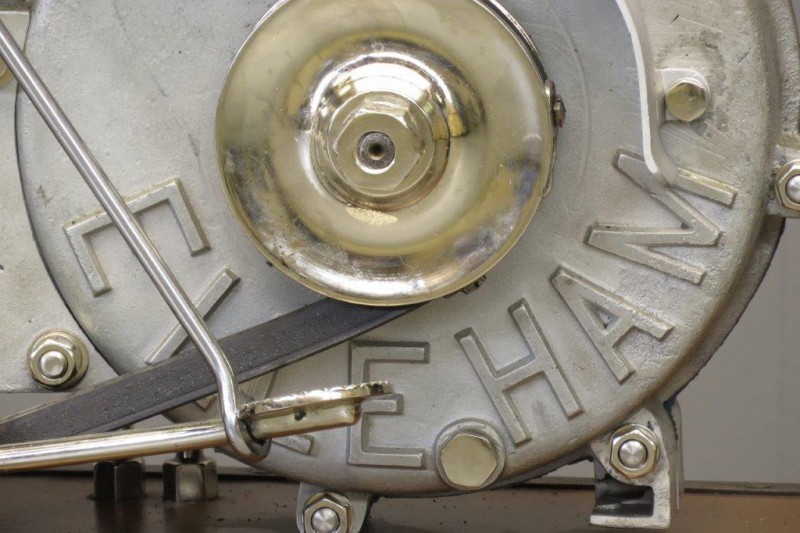 Jacob Ellehammer was born in Bakkebolle, Denmark, in 1871.
He started as an apprentice-watchmaker and would become one of the most influential Danish inventors.
Throughout his working life he would receive 411 patents, giving rise to the qualification “Edison of Denmark”.
He became world famous when he became the first European to fly an engine-powered aircraft in 1906.
His main work was in the field of aeronautics but in the early 1900s he also did a lot of development work in the field of motorcycles and cars.
In 1920 he entered a new field of technology when he invented a pump system that could be coupled to a car engine.
This turned out to be a very successful design which laid the foundation of the modern company, see www.ellehammer.dk

Ellehammer made his first prototype motorcycle in 1903. It was powered by a three cylinder radial engine of his own design.
Further development led to an unorthodox open-framed motorcycle that was initially powered by a Zedel engine.
The first production model was put on the market in 1904. It was driven by a 330 cc Peugeot proprietary engine and was sold under the “Elleham” brand.

The machine met wit great approval and it is said more than a thousand were sold.
Production ended in 1909 according to some sources.
Other sources name 1912 or 1914.
Step by step the Elleham design was further refined: the battery and coil ignition gave way to magneto ignition.
At least one photo is known of an Elleham with waterproof Bosch magneto that was not available before 1912.
The Peugeot engine was used for some years, from around 1908 Elleham used an engine of his own design but still with a Peugeot cylinder.
Later models were equipped with sprung front forks and the machine could also be had with a sidecar.
The Danish postal service used Ellehams with box sidecars.

The position of the petrol tank is a point of thought with an open-frame.
Ellehammer’s  solution was to make the petrol tank part of the motorcycle chassis, it’s underneath the footboard and petrol must be pumped by hand, from the main tank to a small  cylindrical reservoir situated just above the cylinder.

This rare and  extraordinary motorcycle is in fully restored condition and needs to be run in.