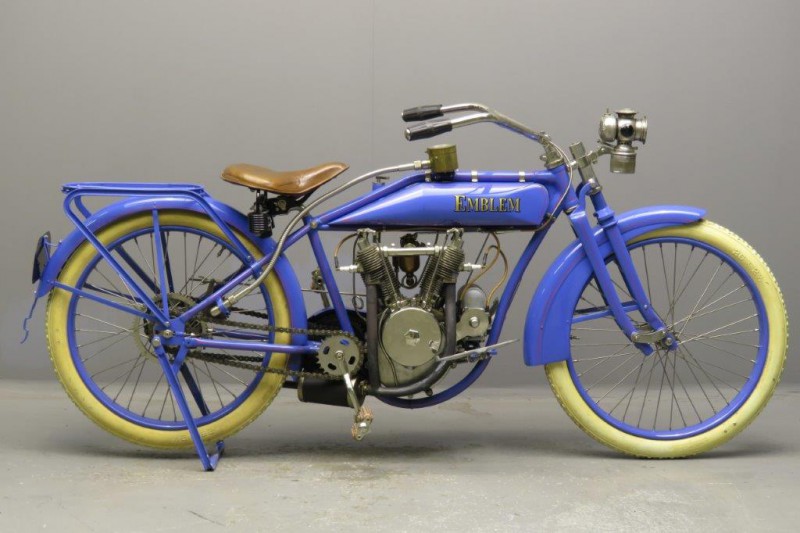 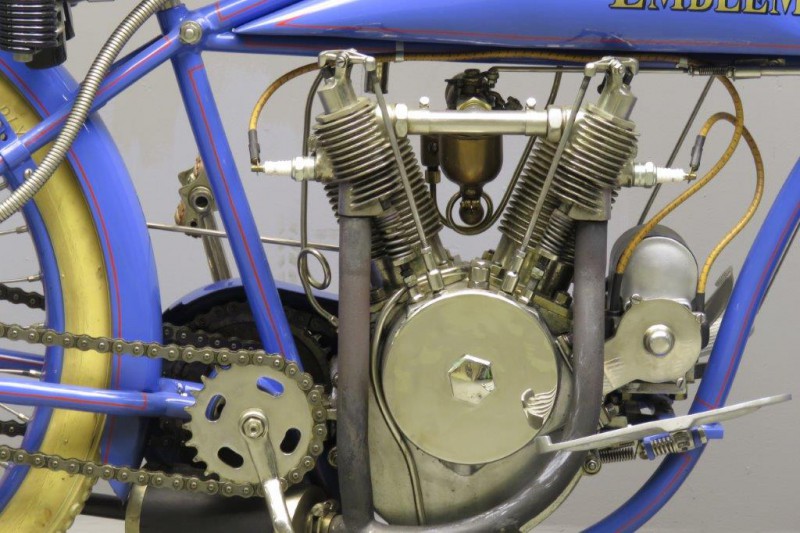 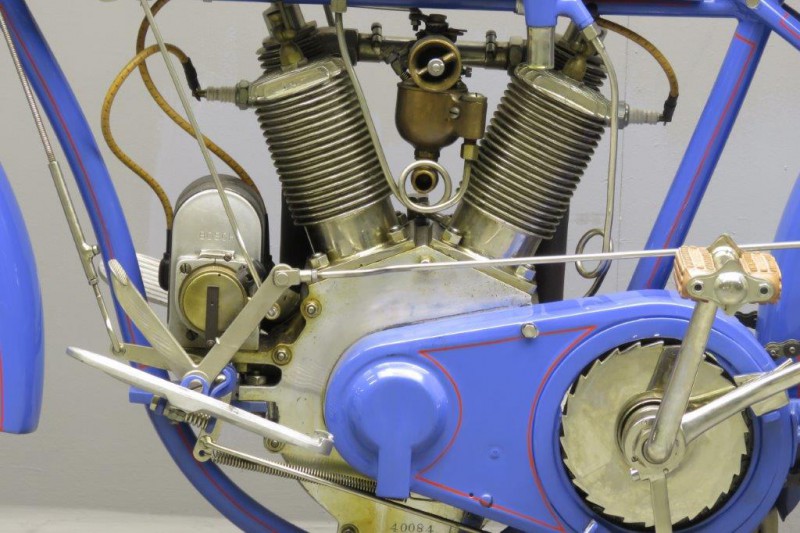 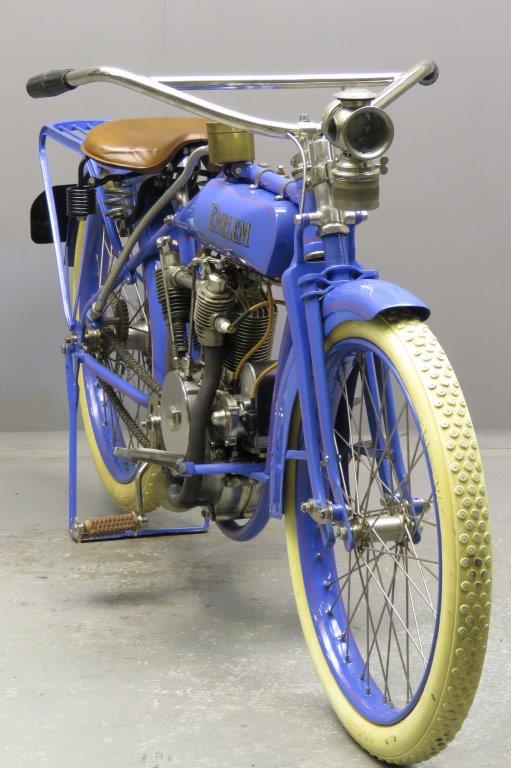 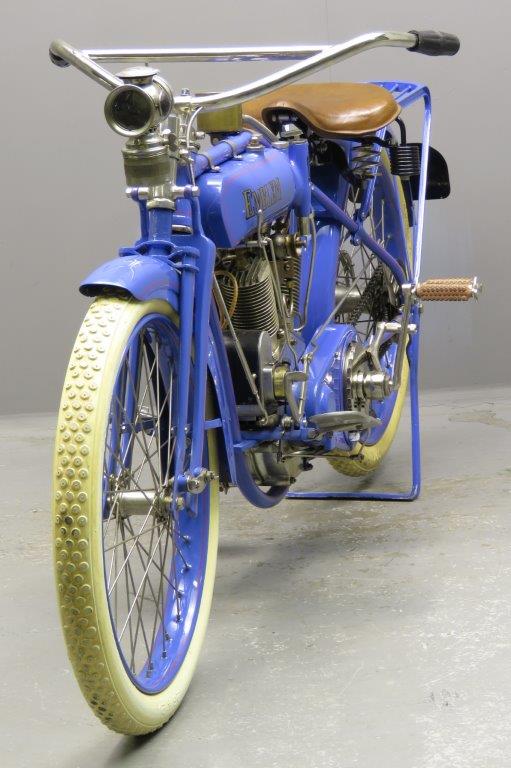 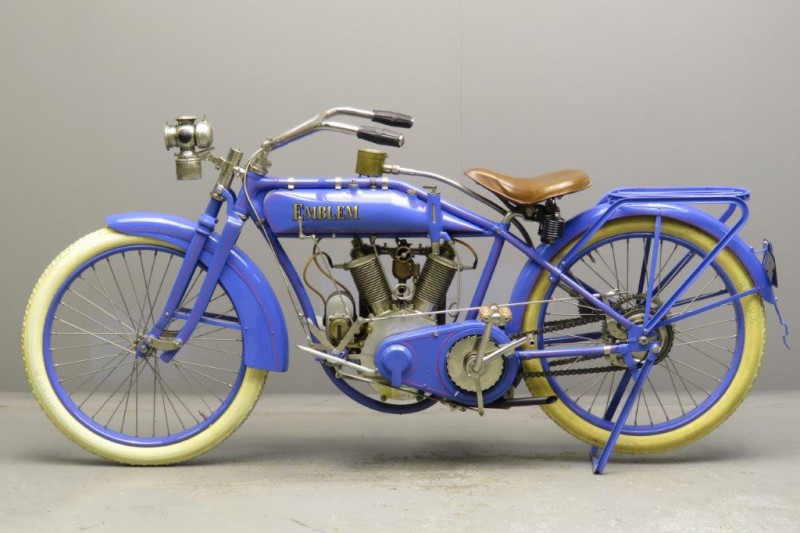 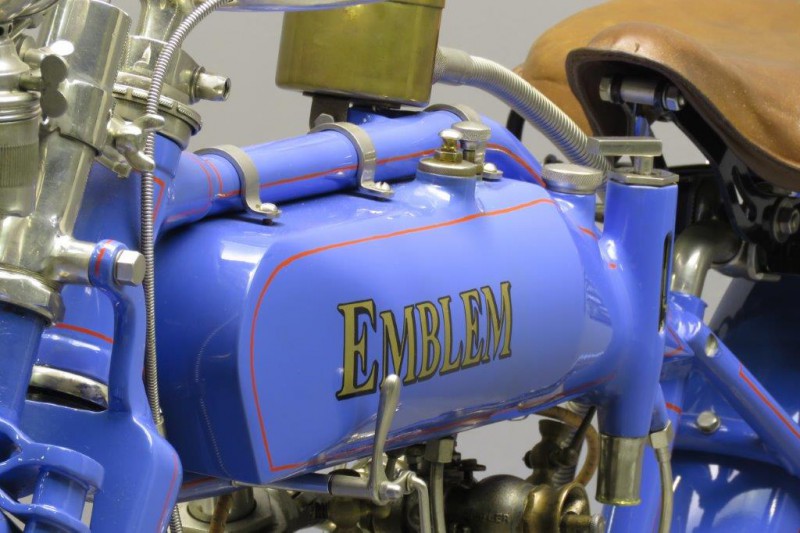 The company is founded in 1904 as a bicycle factory  in  Angola, New York State by William G. Schack (1865-1941) and already in 1906 15,000 bicycles are turned out.
A number of employees  are shareholders which causes a high degree of involvement and  attention to quality.
Motorcycle production starts  late in 1906 and various models are marketed, both singles and v-twins.
Emblem produces motorcycles in limited numbers, bicycles remain the core business.
In comparison with Harley-Davidson or Indian the company is relatively small with some 200 workers on the payroll.
By 1916 motorcycle sales get more and more under pressure in America: a brand new Ford Model T sells for $345 and an Indian PowerPlus costs almost $300.
Schack decides to turn to  the export market for his motorcycles.
By the end of 1915 the list of export countries includes England, China, Australia, Japan, Scandinavia and The Netherlands.
From 1917 on  Schack focuses his motorcycle activities  on one  model, the 532 cc Model 106  “Little Giant”, available in single or 3-speed versions.
According to Motorcycle and Bicycle Illustrated  Emblem produces 37,800 bicycles and a thousand motorcycles in 1917.
From 1918 on motorcycle marketing activities are entirely focused on the export market and the  last Little Giants leave the factory around 1923.
Some sources claim that production was stopped in 1917 and that in the  early twenties a number of machines was assembled from leftover parts and sold to  Europe.
New York State Museum curator Geoffrey Stein, author of The Motor Cycle Industry in New York State  describes the Emblem story in detail with many quotes from contemporary motorcycle magazines and from his research  it can be concluded there certainly was a continuous production till the early twenties.
A notable feature of the Little Giant was its  light weight: the single speed model weighed only 91 kg, some 60 kg less than  the 600 cc Indian Scout.
This well-restored Little Giant is a single speeder, it has two independent brakes on the rear wheel and the clutch is controlled by the left hand twist grip.
It comes complete  with Solar acetylene lamp and Jones speedometer.