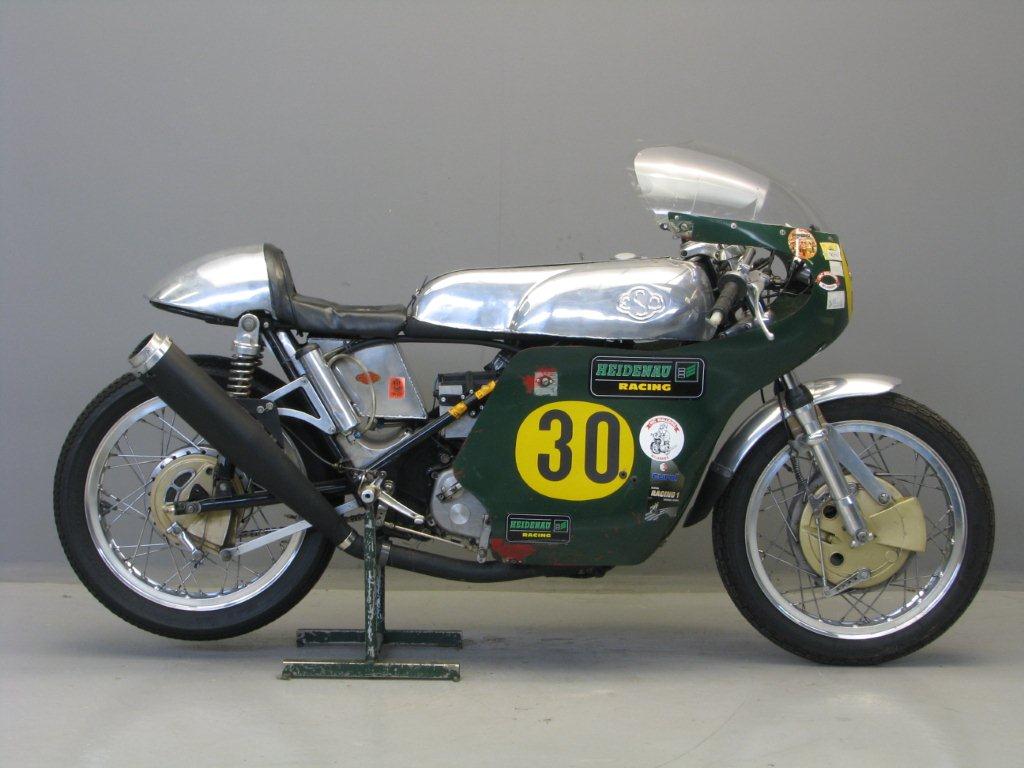 Eso was a Czech motorcycle factory producing only racing machines from 1949 until 1964.
ESO was founded by a motorcycle racing driver,Jaroslav Simandl, and made bikes in 250, 350, and 500 cc, primarily for speedway, moto-cross and ice racing.
Engines were sourced from J.A.P. during the first years, and then an engine of ESO’s own design after 1950.
The factory that built ESO motorcycles still exists today in Divisov, Czech Republic.
This factory has built speedway and ice racing motorcycles under the Jawa name since 1964.
This 500cc OHV roadracer is equiped with full fairings, four leading shoe front brakes, rev counter, light weight aluminium fuel tank,5-speed gearbox, Borrani wheel rims, primairy belt-drive and the engine developes about 50 horse power.
She is ready for a new racing season