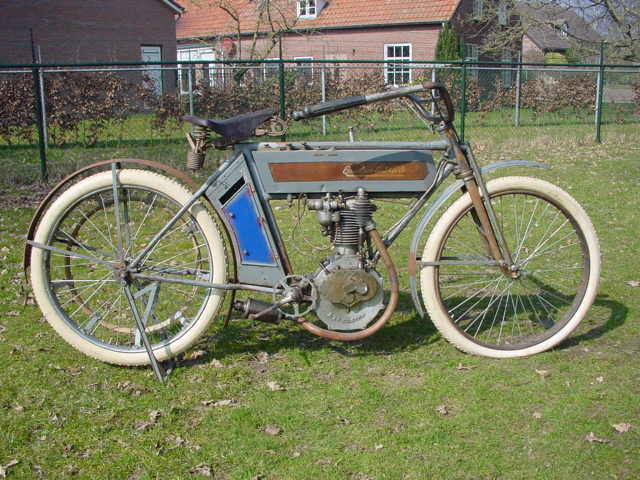 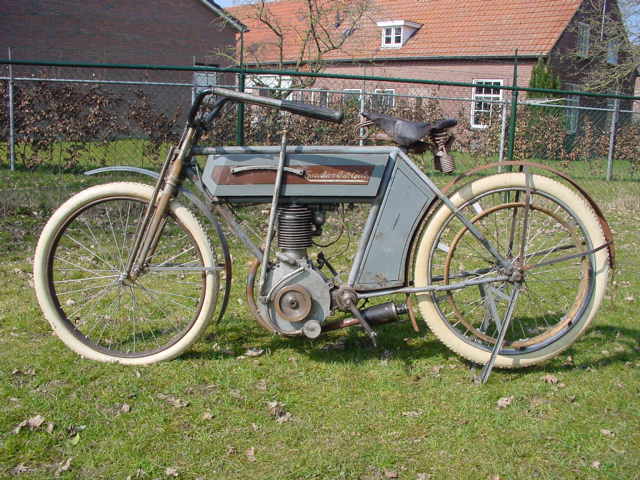 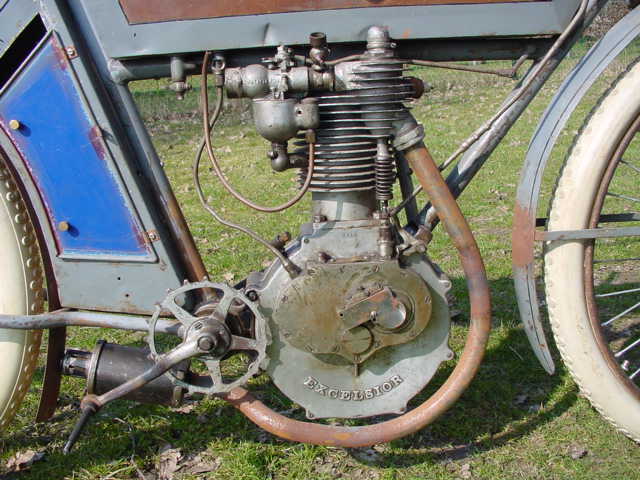 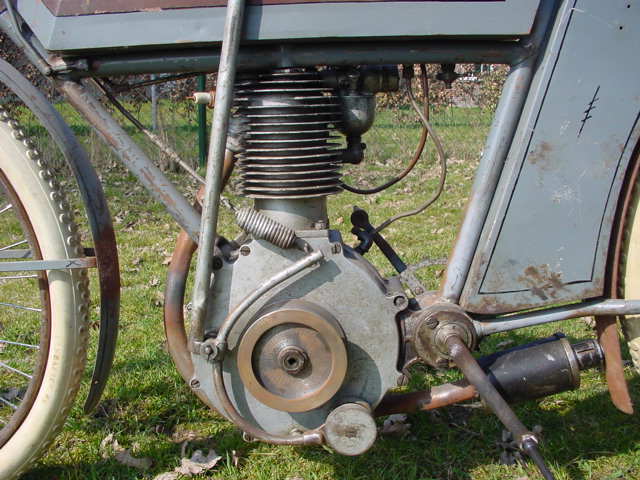 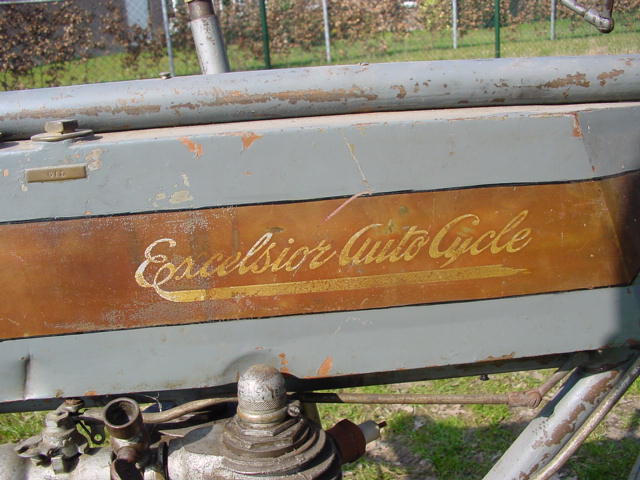 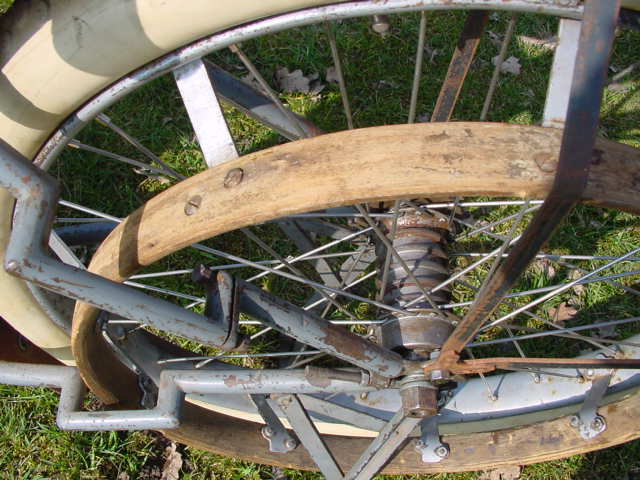 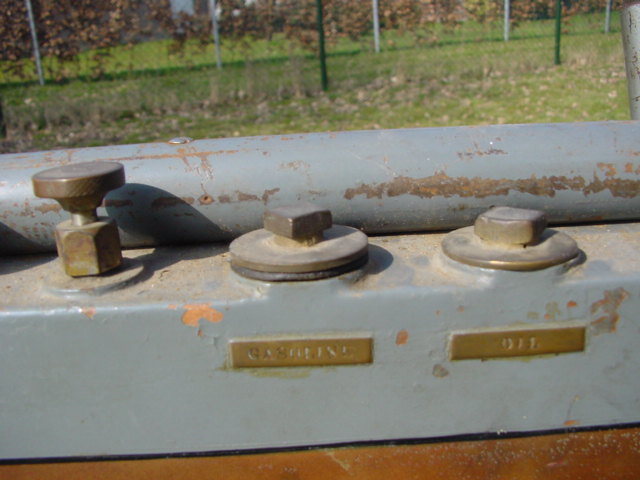 The Excelsior Supply Company of Chicago started producing motorcycles with its own single cylinder engine in 1908.
Some years later the firm became part of Ignaz Schwinn’s bicycle empire.
In the years around 1915  the production models ranged from a 269 cc two stroke single Baby Triumph look-alike to big 1000 cc V-twins.
In 1919 the Henderson factory was taken over.
In the twenties Excelsior-Henderson was the third American motorcycle manufacturer, headed by Indian an Harley Davidson.
In 1931 Ignaz Schwinn decided to end all motorcycle production.
This early single is in remarkable good original condition for a 95 year old machine. It is fitted with Schebler carburettor, automatic inlet valve  and coil ignition.
The engine power is transmitted to the rear wheel by a flat leather belt.