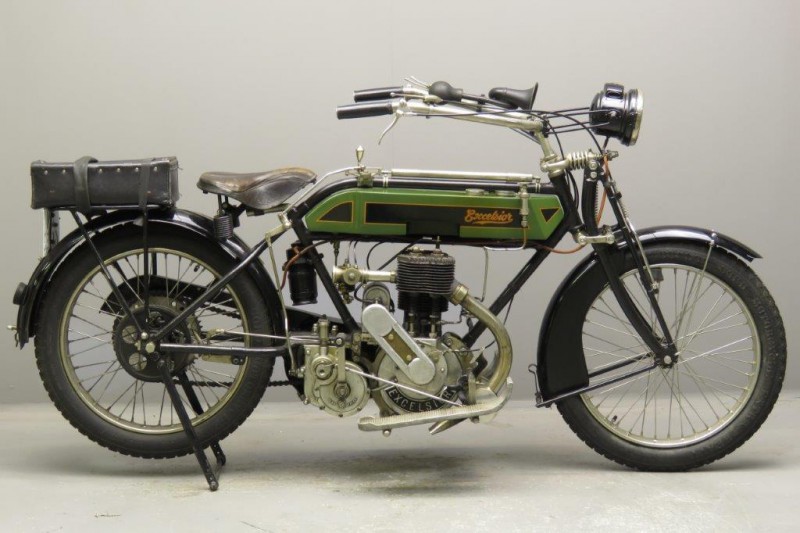 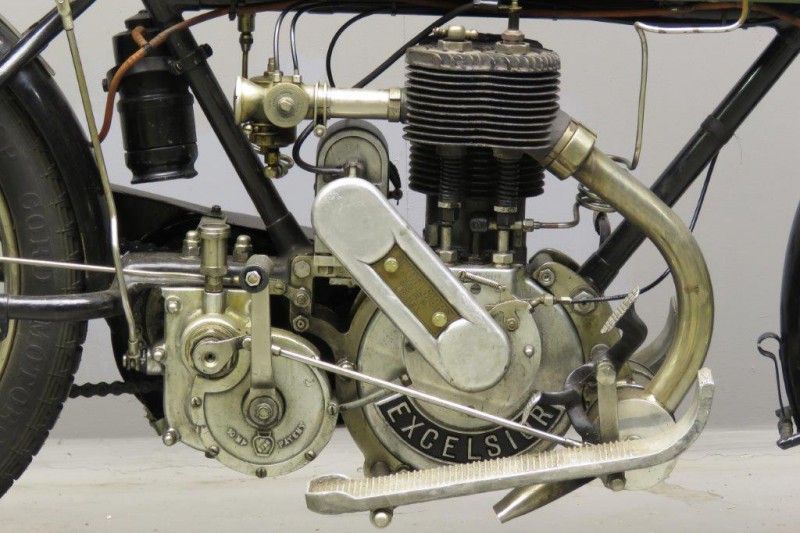 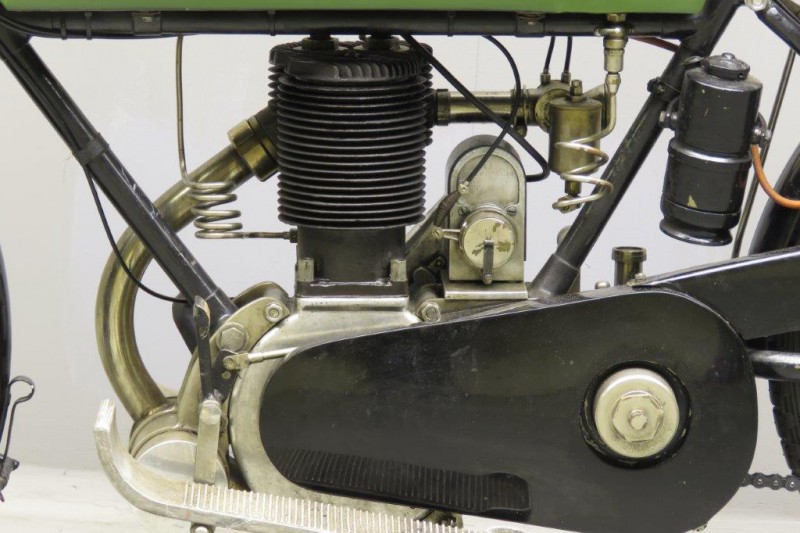 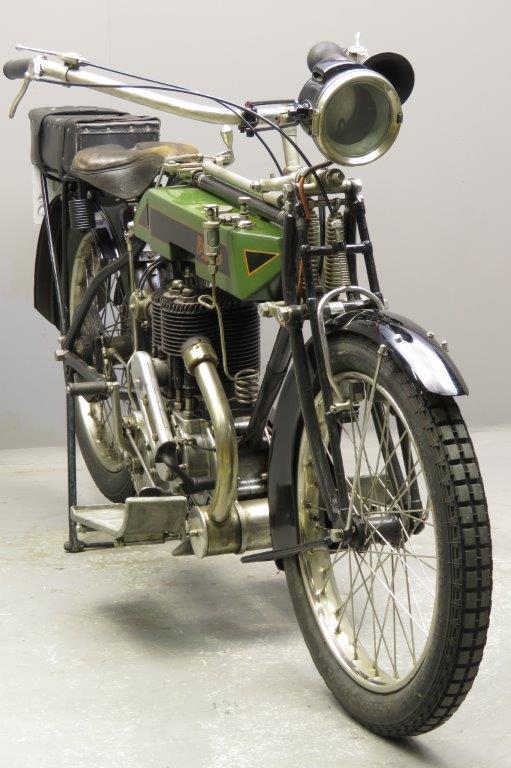 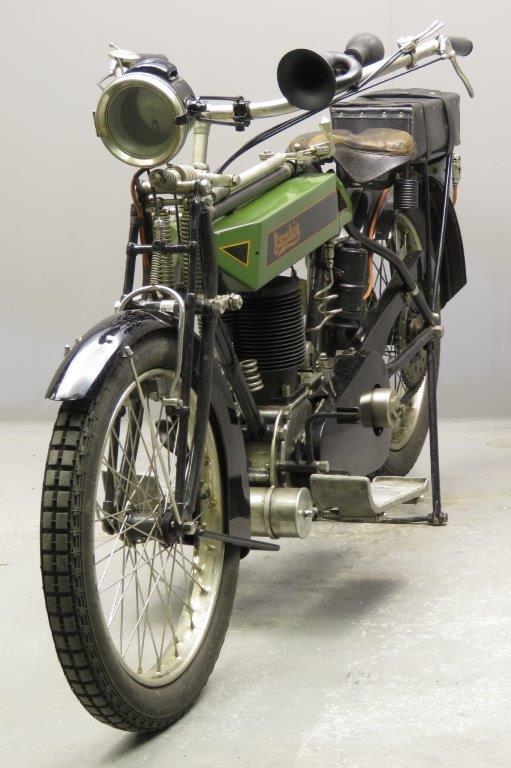 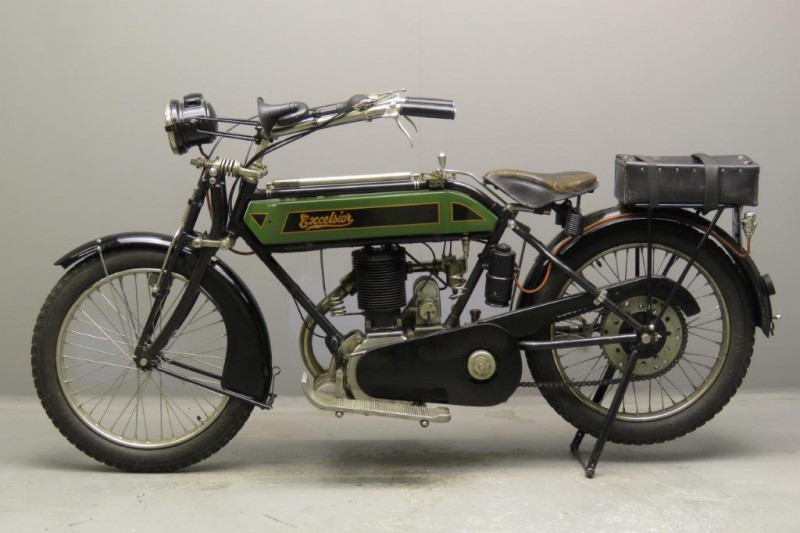 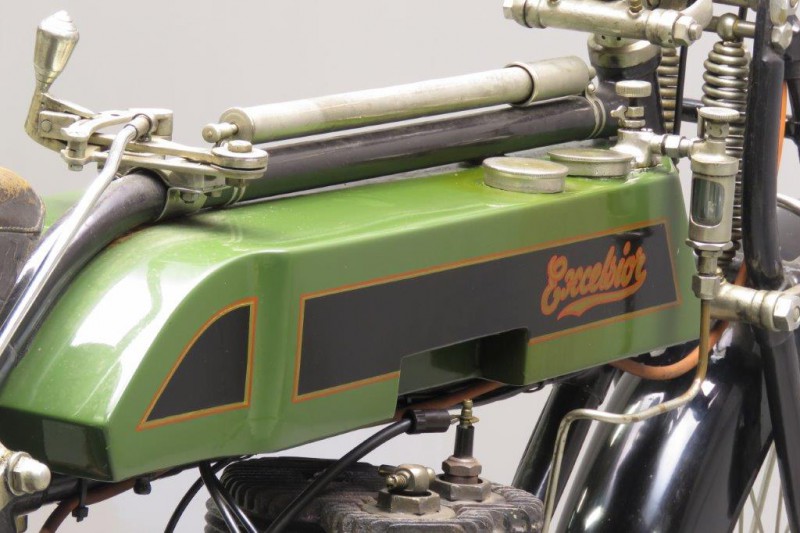 The Coventry firm of Bayliss, Thomas & Co.  was  established in 1874 so its roots dated from the solid-tyre bicycle era.
Early manufacturers in both the motorcycle and the car fields, they were an established firm well before the Great War.
For model year 1914 three types of motorcycle  were available, all sturdy built singles in  499 cc, 650 cc and 810 cc capacities.
The 810 cc single with bore x stroke of 96 x 112  mm was the biggest available single cylinder model of its time;  perhaps the biggest single ever?
The BS was meant for sidecar work.
The machine has quality fittings such as Brampton  Biflex forks, Bosch magneto, Senspray carburettor  and Jardine gearbox.
Note the typical lubrication system: oil is led to a lug cast between the valves, from where a hole is drilled into the cylinder on a  level  with  the gudgeon pin when  at the bottom of its stroke.
Thus the oil reaches the small end bearing through the hollow gudgeon pin.
The lug is also drilled down to the crankshaft bearing, from which it is lead by ducts to all the main bearings.
The company claimed that the big single’s engine was so flexible that the machine could be ridden  in circles on an ordinary roadway  at a speed of 3 to 4 mph  on full compression without the slightest sign of thumping.
This practical veteran has a two-speed gearbox with foot clutch control.
A nice detail is the authentic Brooks saddle.
This Dutch-registered sturdy and practical  veteran has been restored some time ago.
She comes complete with acetylene lighting system with Lucas front  lamp  and bulb horn.