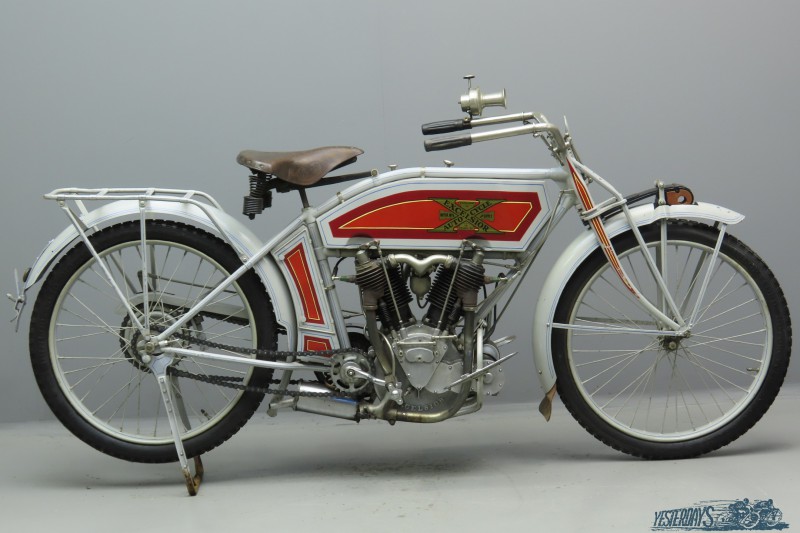 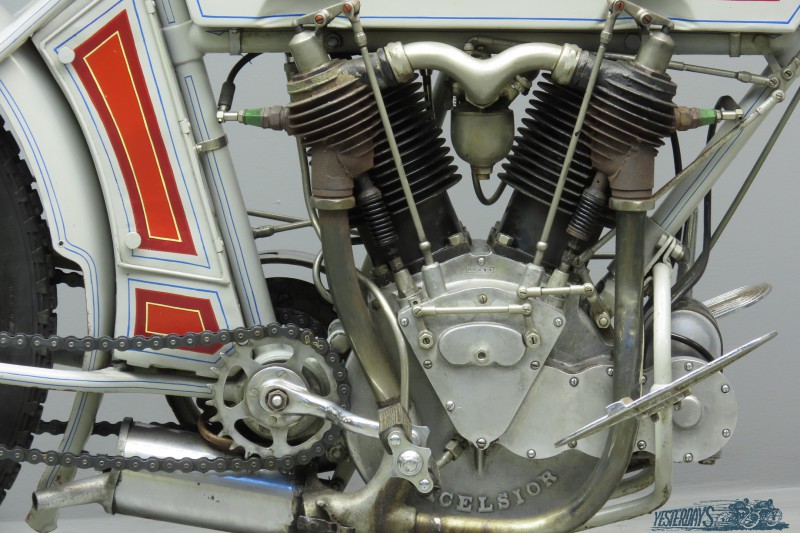 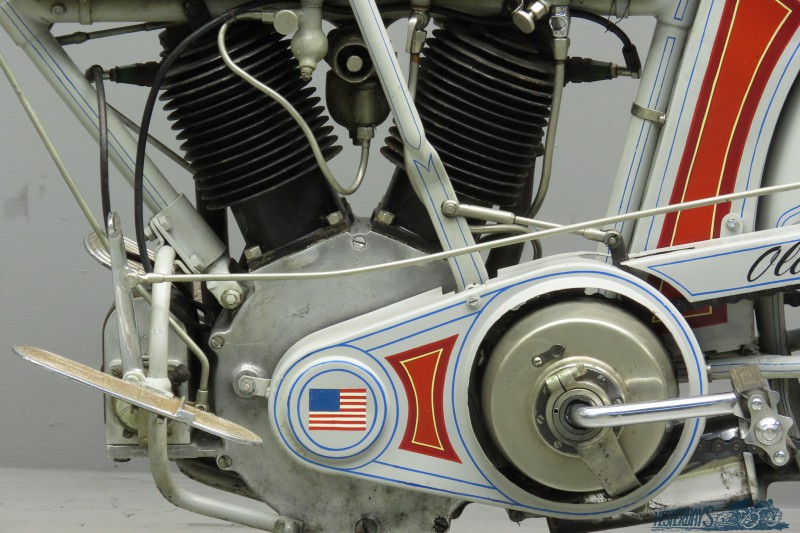 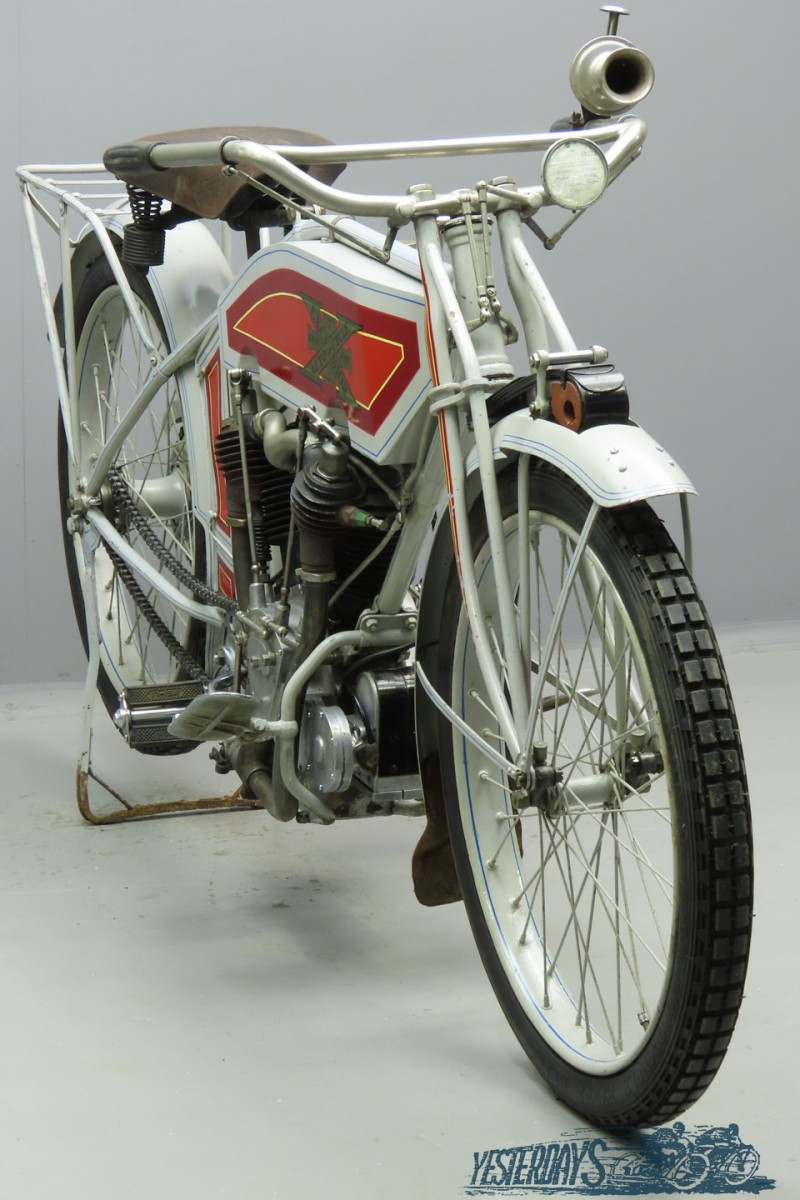 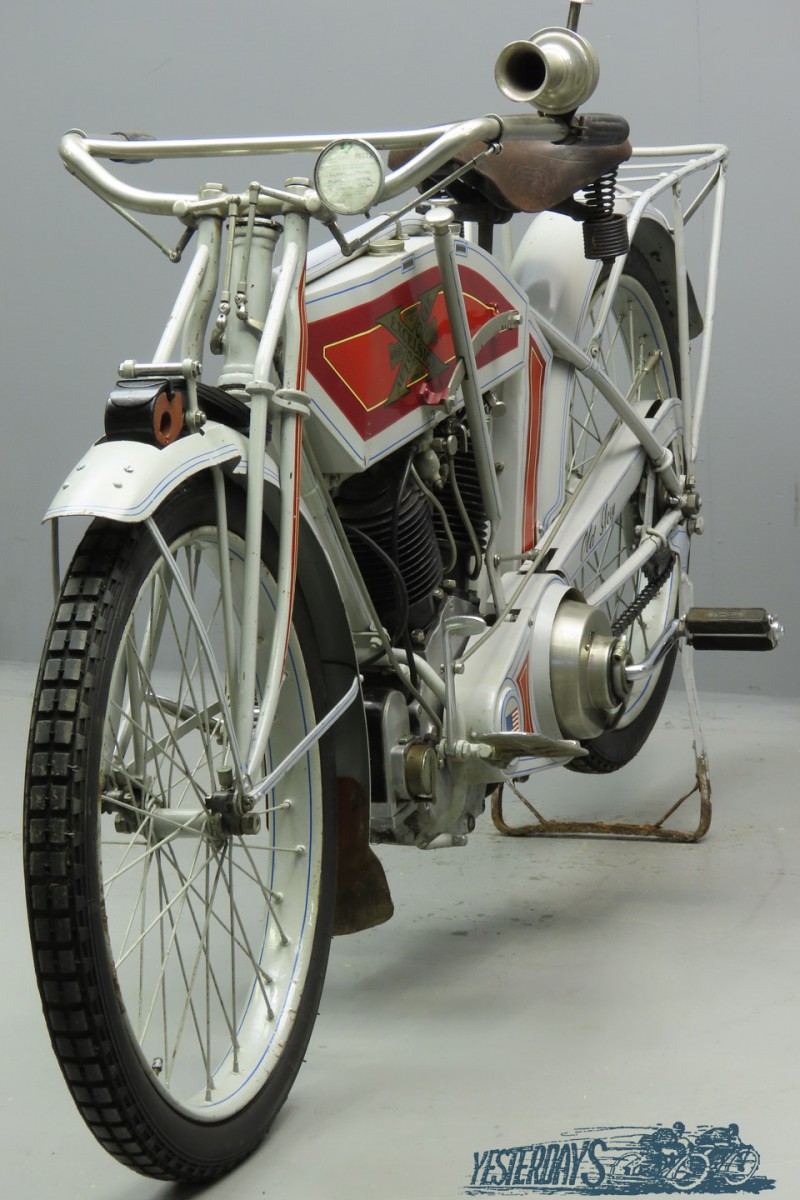 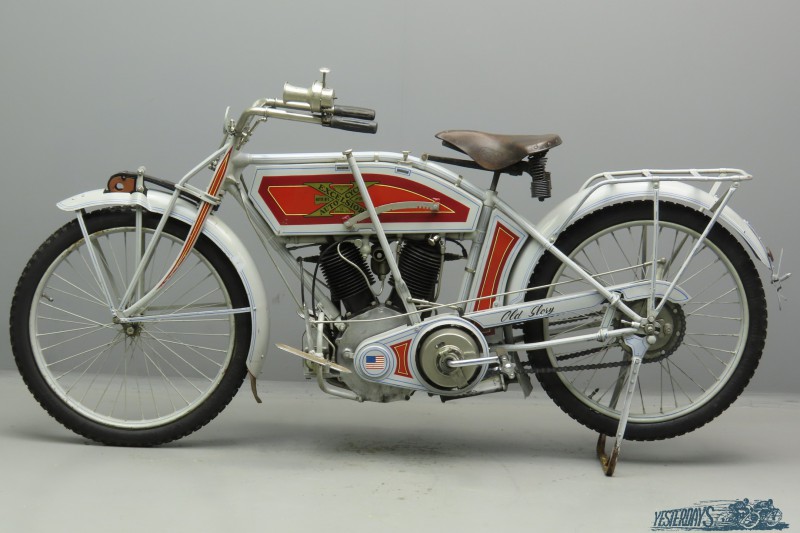 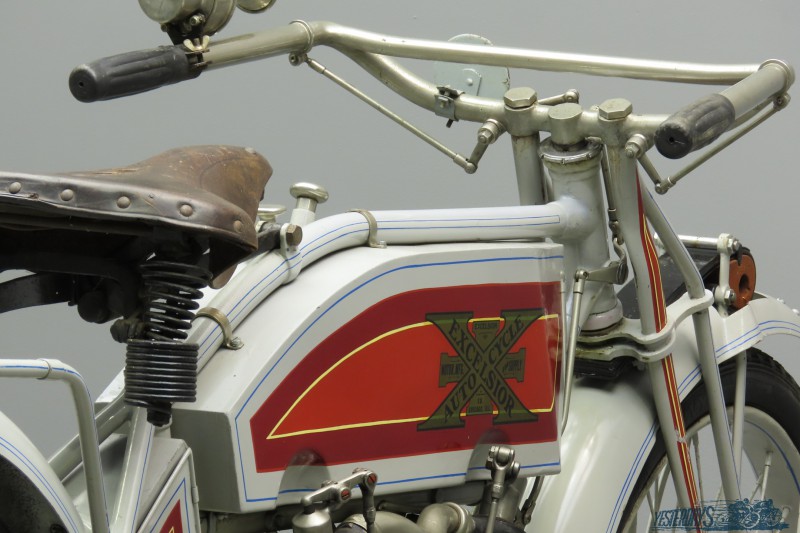 The famous American Excelsior motorcycle was produced by the Excelsior Motor Manufacturing Company of Chicago, Illinois from 1908 until 1931, latterly under the ‘Super-X’ brand name.
The first Excelsior was a belt-driven single-cylinder machine, the engine of which formed part of the frame.
The engine itself was an inlet-over-exhaust ‘F-head’, a design then much in vogue because, whatever its limitations, it enabled the exhaust valve to be directly cooled by the incoming mixture, a positive advantage at a time when the science of metallurgy was in its infancy.
The machine was sturdily built and featured a Harley-Davidson style leading-link front fork.

In 1911 Excelsior became part of bicycle-maker Ignaz Schwinn’s empire for the sum of $ 500,000 and that same year a 61ci (1,000cc) v-twin was introduced.
Schwinn’s financial injection and design and engineering input together with the positive tendency in the motorcycle market led to a boost in sales for the make.
The 1914 range consisted of 7 models, four 1000 cc v-twins and three singles in the 500 cc class.
Model 7B was the standard single speeder with belt drive, the 7C had chain drive. Then there was the 7SC, a short-coupled model designed for speeding purposes on the racing track and finally a new model for 1914, a two speeder.
1914 was also the first year Excelsiors had footboards and a foot pedal operated rear brake.

In the 1914 catalogue we read an explanation of the working of the two-speed gear. “Before putting the Excelsior two-speed gear on the market we devoted over a year to a thorough test of every type of two speed gear in any way applicable to motor cycle use, and the present Excelsior two-speed is the survival of the fittest.
It comprises a large cone clutch, through which is provided a direct drive for the high speed, and a planetary reduction gear set, operated by a metal band brake, for the low speed.
It is springless and positive, yet elastic in action, both the high and low speeds being controlled by the positive application of the clutch and low speed band brake respectively; thus there can be no failing due to weakening or breaking of springs, and as the adjustment is entirely within the action of the hand lever, there is nothing to get out of adjustment and require attention.”

The T.S. is fitted with Bosch magneto, Splitdorf spark plugs and Schebler carburettor.
The ignition and throttle are controlled via rods and linkages and the Mesinger saddle- in remarkably fine original condition- has a sprung seat post.
This well-engineered, practical veteran is an older restoration in good condition.