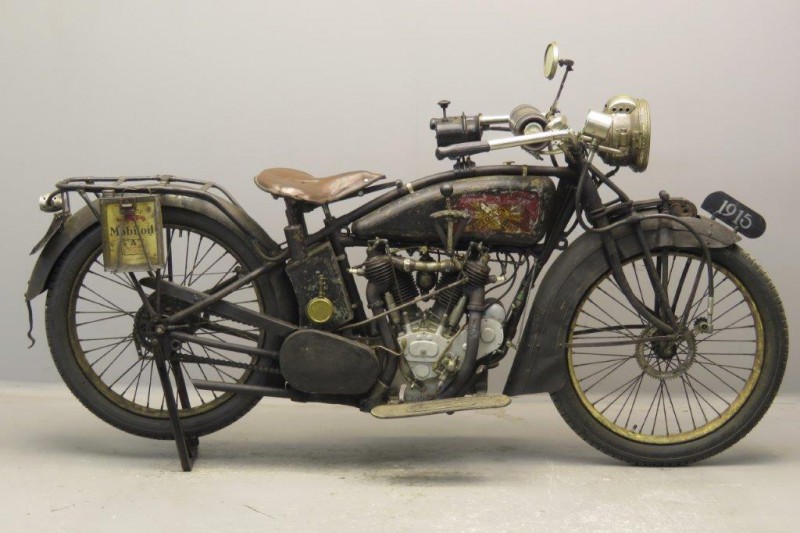 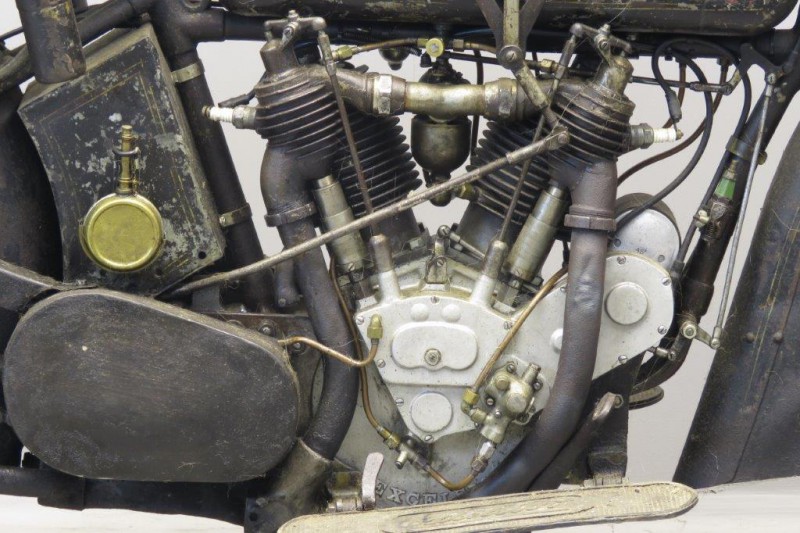 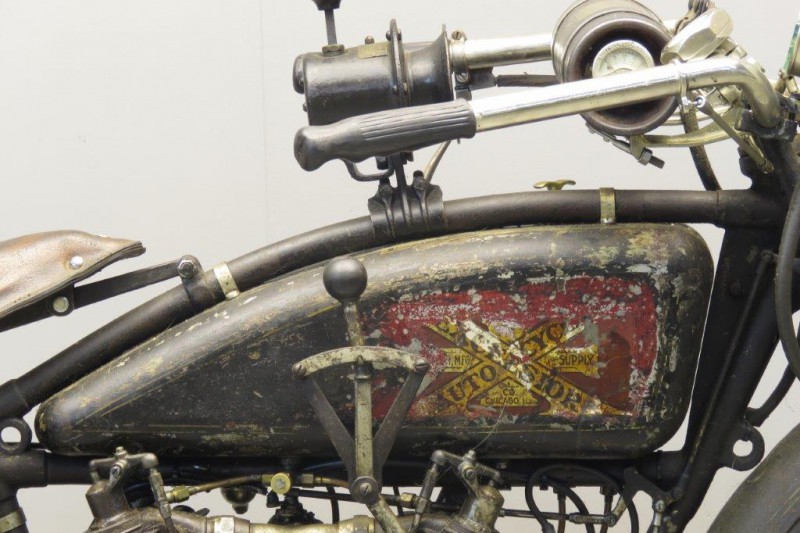 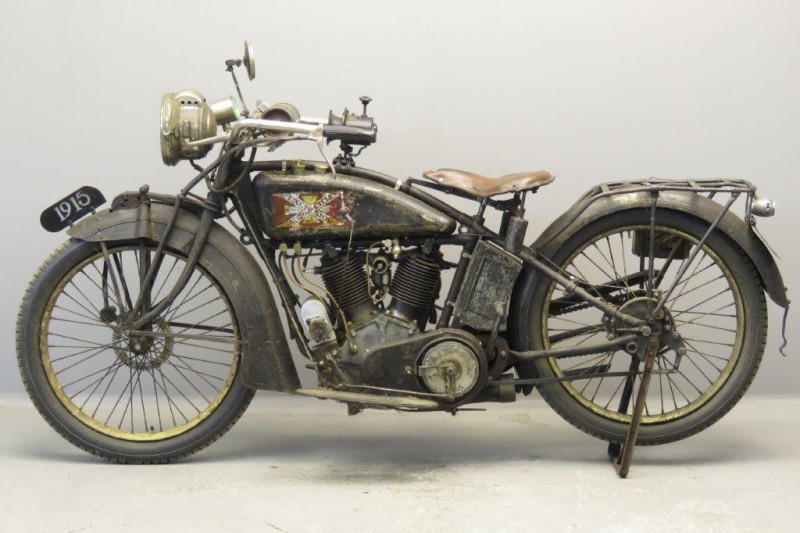 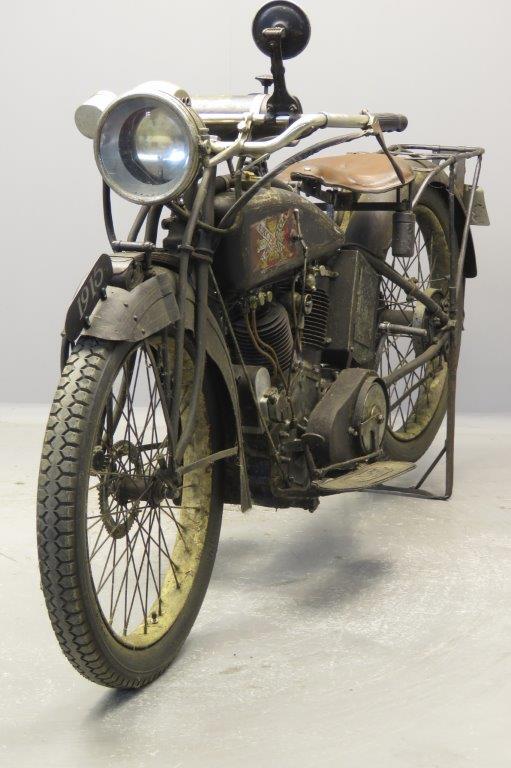 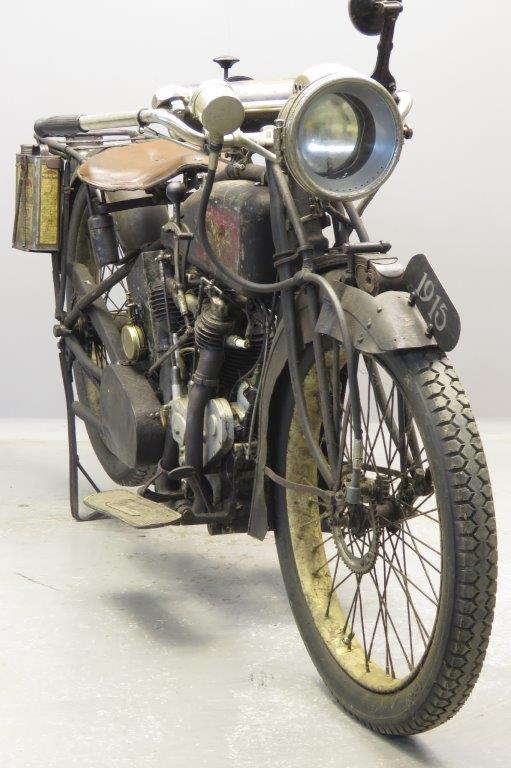 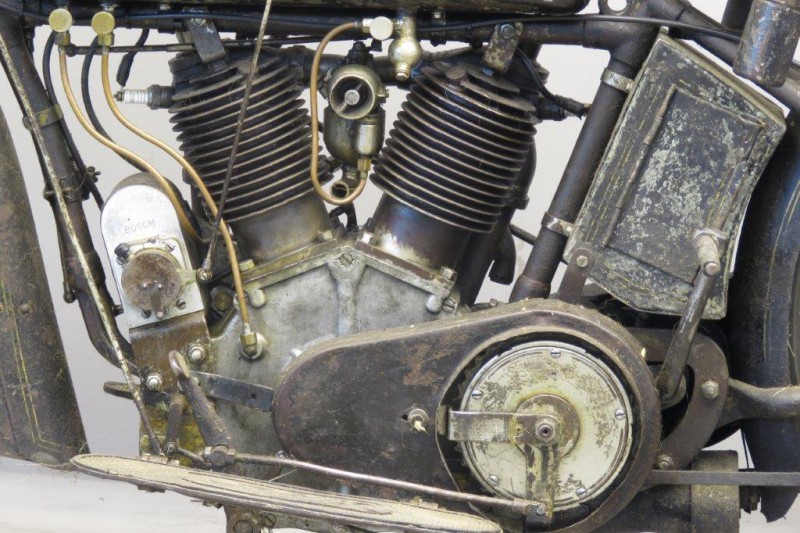 The famous American Excelsior motorcycle was produced by the Excelsior Motor Manufacturing Company of Chicago, Illinois from 1907 until 1931, latterly under the ‘Super-X’ brand name.
The first Excelsior was a belt-driven single cylinder machine, the engine of which formed part of the frame.
The engine itself was an inlet-over-exhaust ‘F-head’, a design then much in vogue because, whatever its limitations, it enabled the exhaust valve to be directly cooled by the incoming mixture, a positive advantage at a time when the science of metallurgy was in its infancy.
1911 was a landmark year in Excelsior’s history, for the firm was acquired by bicycle maker Ignaz Schwinn and introduced its first v-twin model that year.
In 1913 the 61ci (974cc) twin was offered with all-chain drive, while two-speed planetary transmission and a leaf-sprung, Indian-style front fork were two of the following season’s innovations. The 1915 range consisted of two models, a single speeder with free engine and a model with 3 speed countershaft gearbox.
This single speeder spent part of its life in Scandinavia but was acquired many years ago by a Dutch collector.
The machine seems to have been painted over a very long time ago and the owner decided to keep it in this authentic livery rather than have the machine finished in the factory colour scheme. Engine and gearbox have been overhauled a number of years ago and the machine hasn’t seen much use since, it spent most of the time in the owner’s living room to be admired as a work of art.
The Ex is fitted with the ubiquitous Bosch magneto and Schebler carburettor.
The lighting system consists of a Solar lamp and SAM acetylene tank.
Other accessories are a Jones speedometer, a Hand Klaxon and a watch holder.