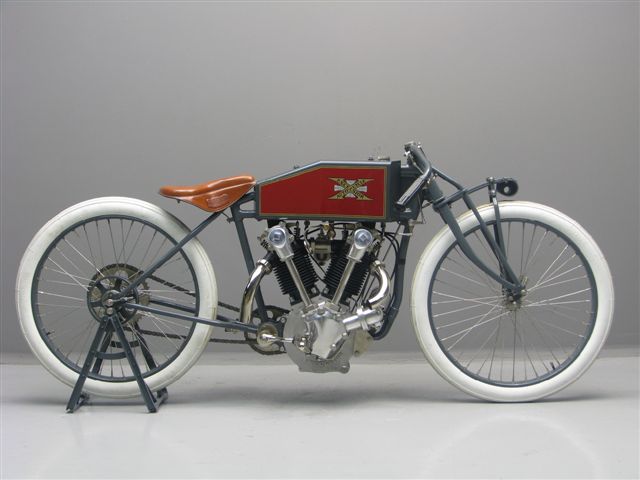 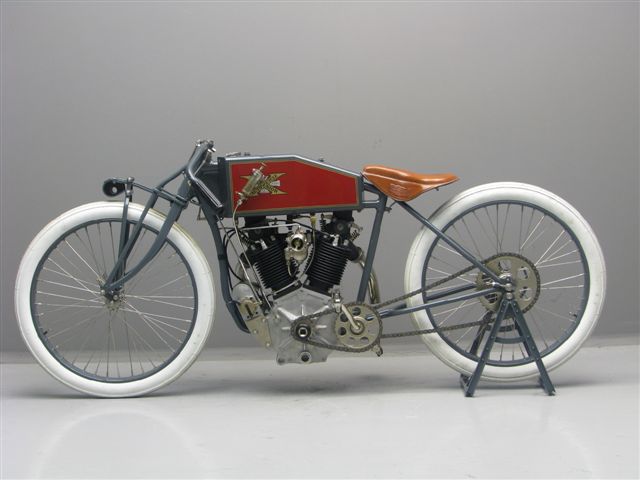 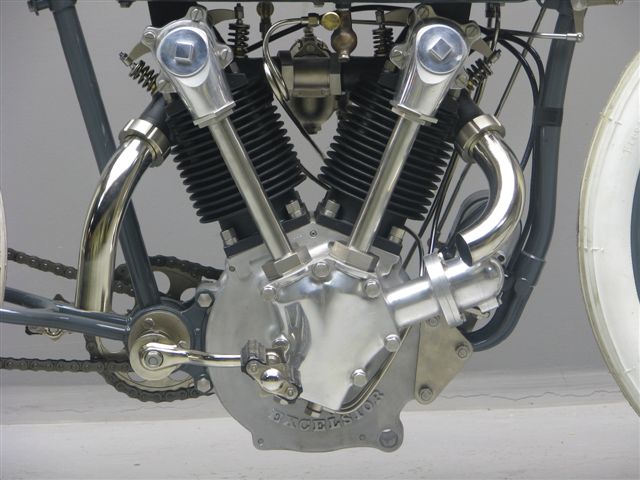 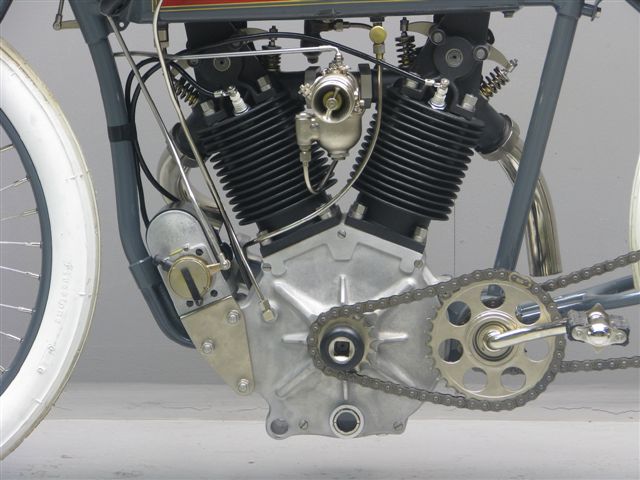 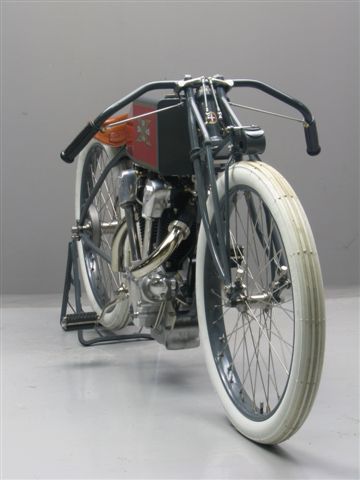 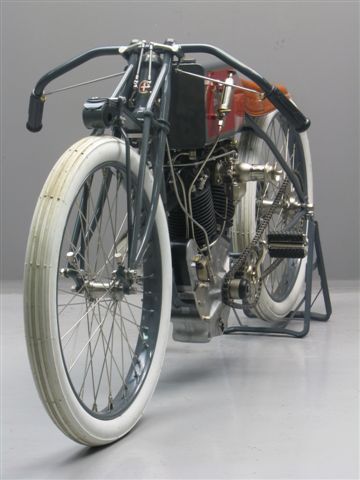 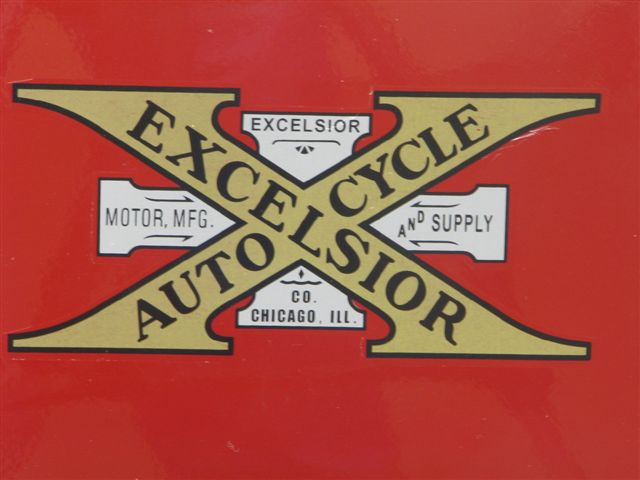 The captain of the Excelsior racing team, Bob Perry had a special relationship with the Schwinn family.
Ignaz Schwinn, the owner of the Excelsior Motorcycle Company envisioned Perry as a future executive in the company and did not want him to race, but Perry wanted to race and was on hand to ride one of the new 1919 61 cu.in. OHC machines in its debut at Ascot Park, Ca. on January 4, 1920.
The Excelsior team arrived early for testing and discovered that the extremely powerful new engine performed like it could fulfill Schwinn’s hopes for a racer that would beat the Indian and Harley-Davidson works machines.
On January 3 it was announced that Bob Perry would ride the Excelsior on full throttle around the Ascot oval.
He crashed and was killed when he lost control entering a turn at a speed estimated between 95 and 100 miles per hour.
Schwinn was devastated.
The Excelsior team withdrew from the Ascot event, and Ignaz Schwinn went into the racing shop and personally destroyed all of the overhead cam engines with a sledge hammer.
So the story goes.
Not one of the original machines survived. (as far as known)
This 1919 Excelsior Boardtrack racer was carefully recreated by Paul Brodie www.flashbackfab.com using 6 known photographs of the original machines.
See and hear her run on http://www.youtube.com/watch?v=eNCMT5R-VUk