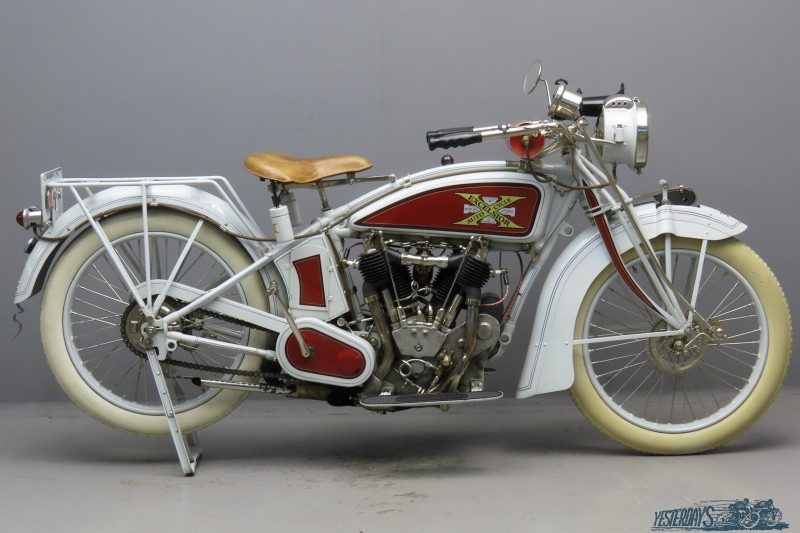 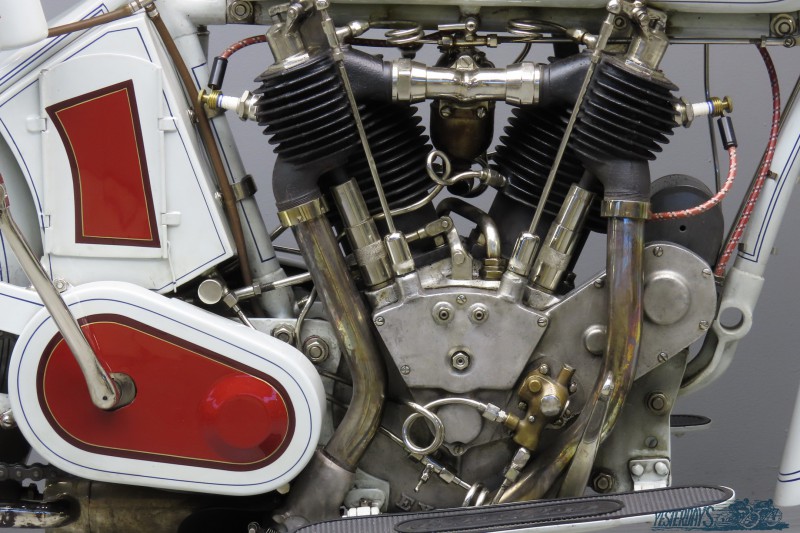 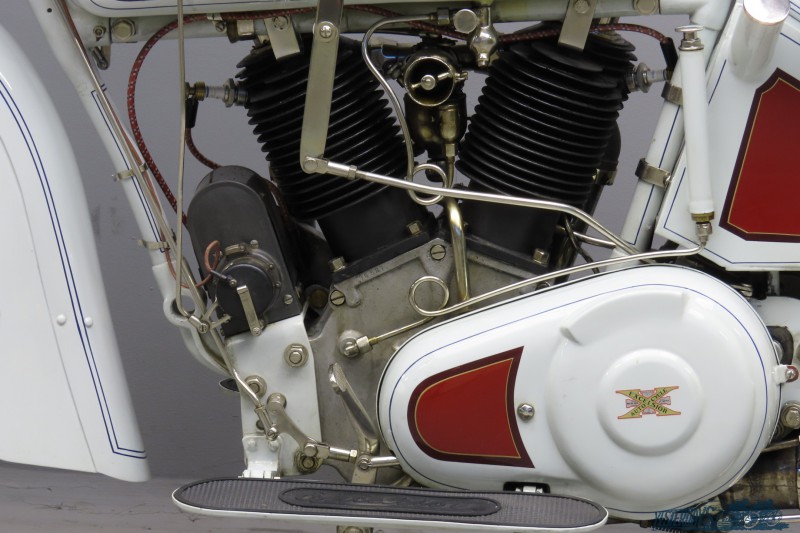 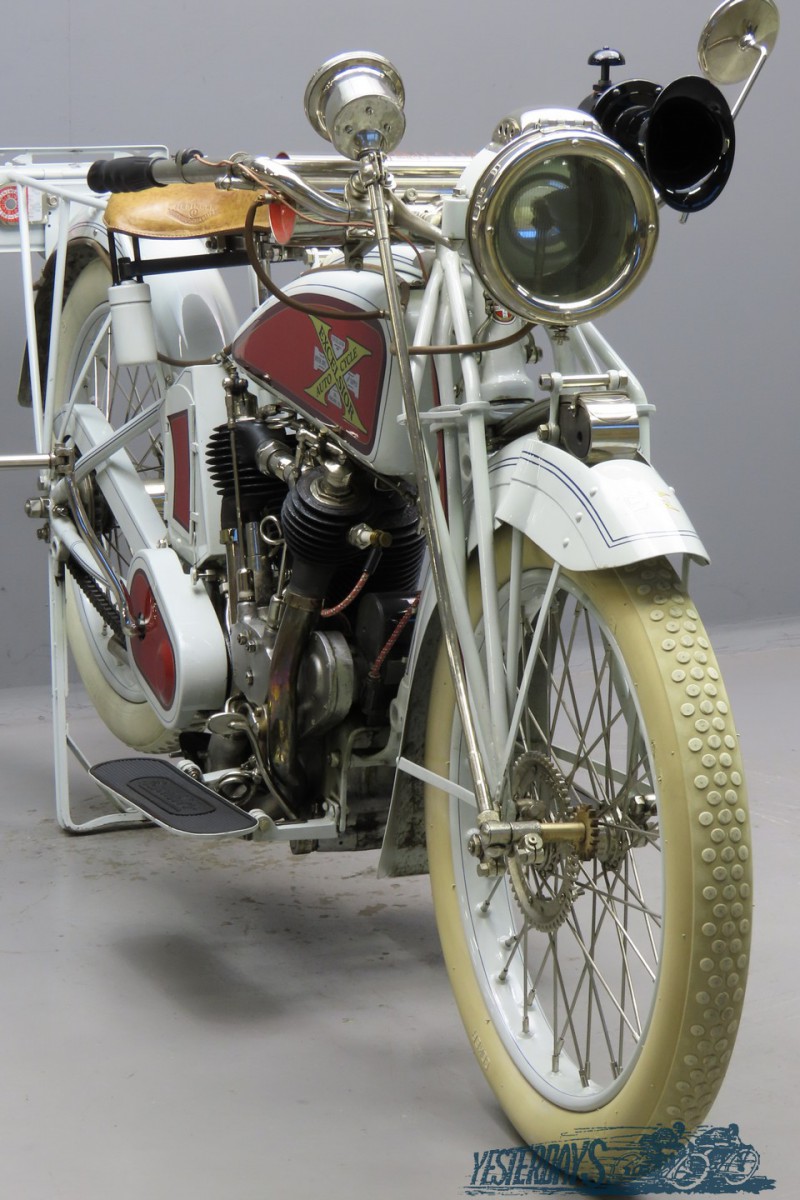 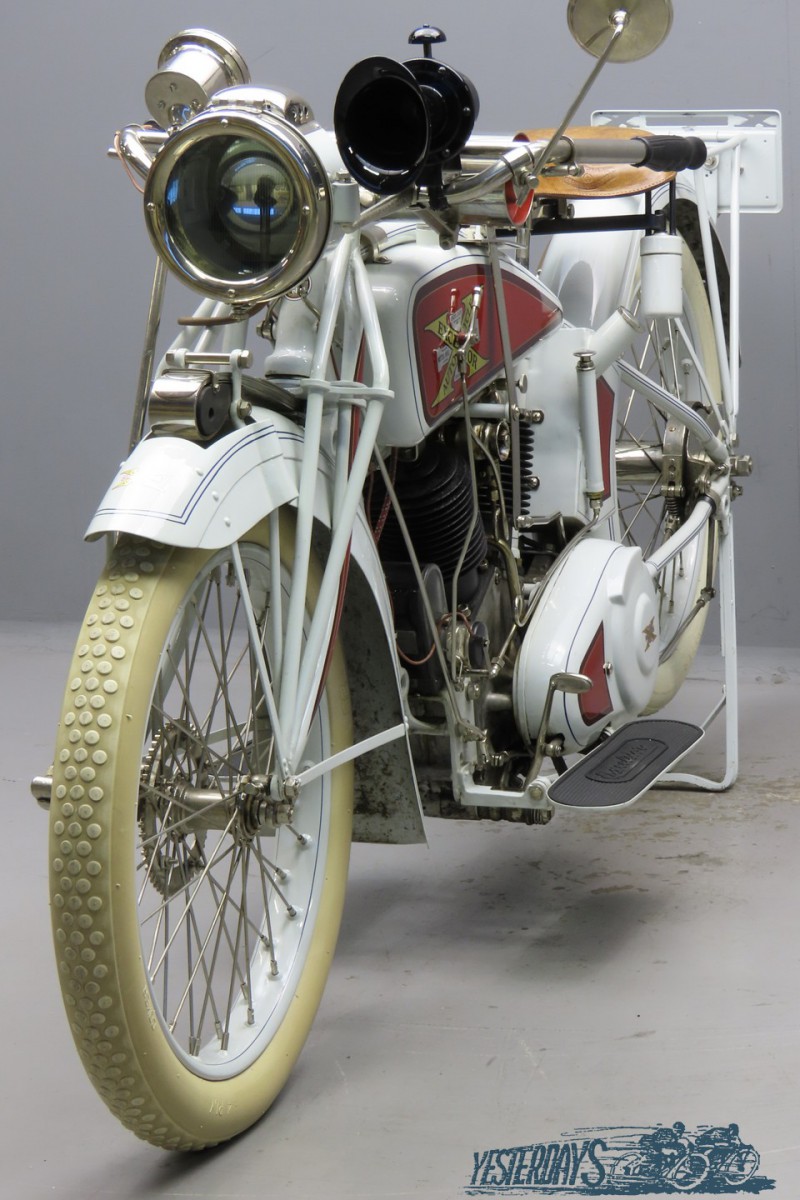 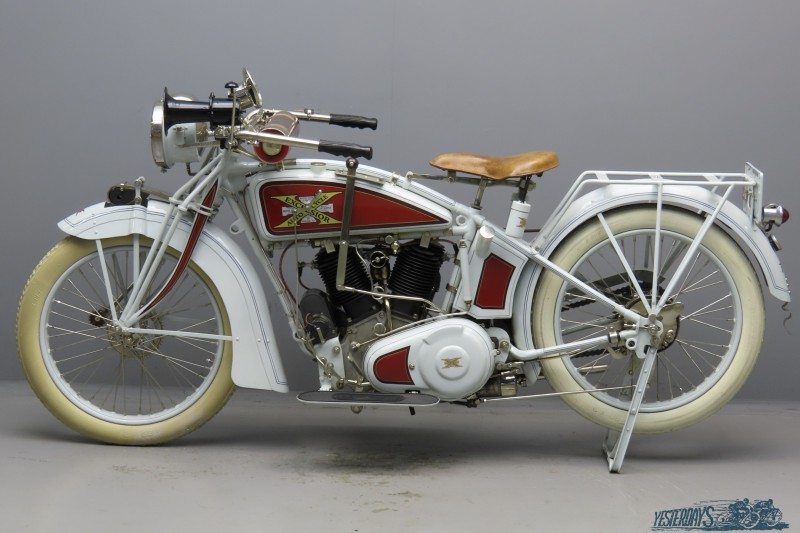 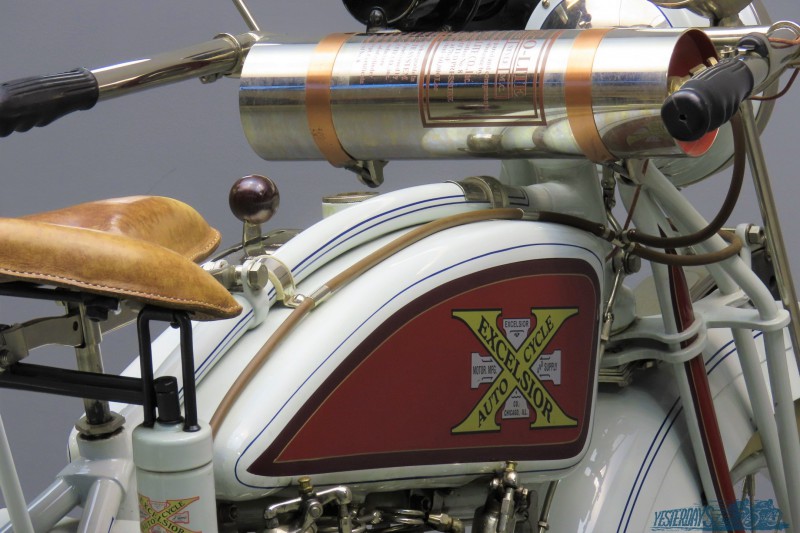 The famous American Excelsior motorcycle was produced by the Excelsior Motor Manufacturing Company of Chicago, Illinois from 1907 until 1931, latterly under the ‘Super-X’ brand name.
The first Excelsior was a belt-driven single cylinder machine, the engine of which formed part of the frame.
The engine itself was an inlet-over-exhaust ‘F-head’, a design then much in vogue because, whatever its limitations, it enabled the exhaust valve to be directly cooled by the incoming mixture, a positive advantage at a time when the science of metallurgy was in its infancy.
Alongside rivals Harley-Davidson and Indian, Excelsior offered a three-speed countershaft transmission for 1915, at the same time introducing a new frame with curved top tube and smoothly rounded tank, a first for Excelsior. Deeply valanced mudguards distinguished the v-twin of 1917.
‘Military’ olive green was adopted as the Excelsior livery that year and would remain the only option until 1920 when blue became the norm.
During the Great War, Excelsior was together with Harley Davidson and Indian first choice for the US Army to serve the US troops in their home land as well as the battling troops in Europe.
New for 1919 was the fitting as standard equipment of the double trussed military fork that had been fitted since 1917 to Excelsior machines for military service.
The machine we present here has been finished in Excelsior grey with red tank panels, the pre-1917 standard colour scheme.
She has been restored with an excellent eye for detail.
Extras include acetylene lighting system with handlebar mounted Prest-O-Lite tank, hand claxon, rear view mirror and Stewart speedometer.
The machine has two independently operated brakes, both working on the rear wheel.
One is of the internal expanding type, operated by the left foot pedal, the other is activated by the right-hand side foot pedal and works with a contracting band on the outer circumference of the drum.
A Berling magneto takes care of the spark.
A practical detail of the Excelsior design is the removable centre bar right above the engine: by removing this piece of the frame it’s possible to take off the cylinders for decarbonizing or other work without having to take the complete engine out of the frame.