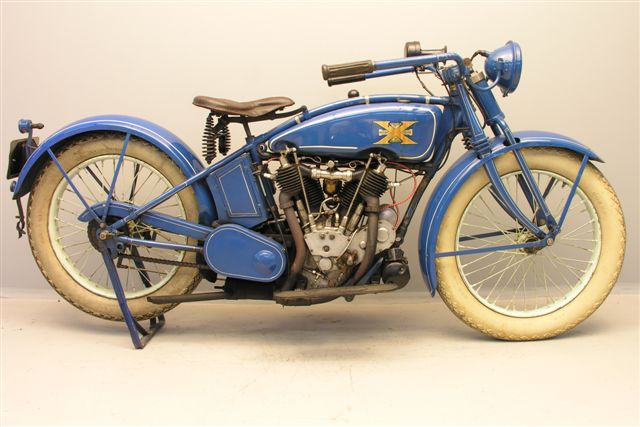 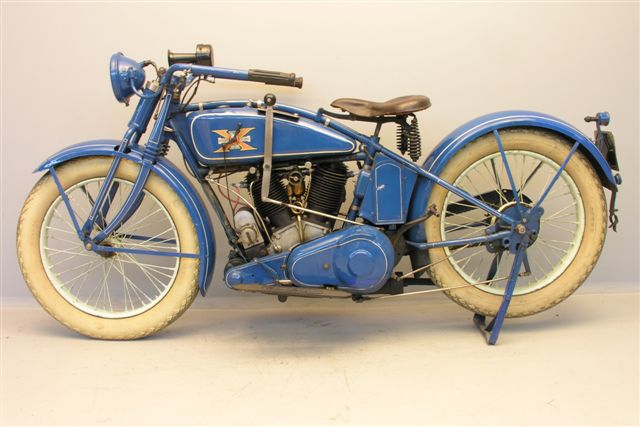 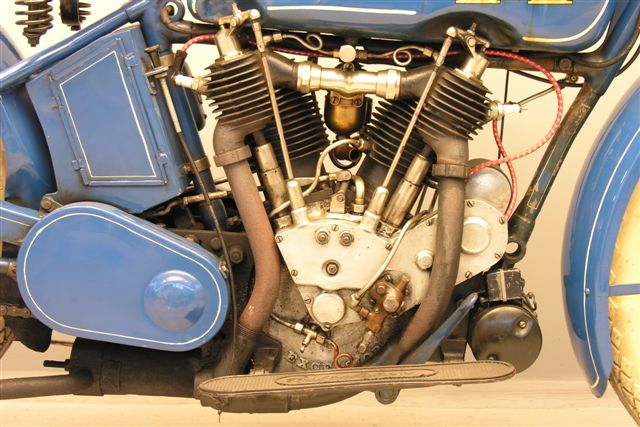 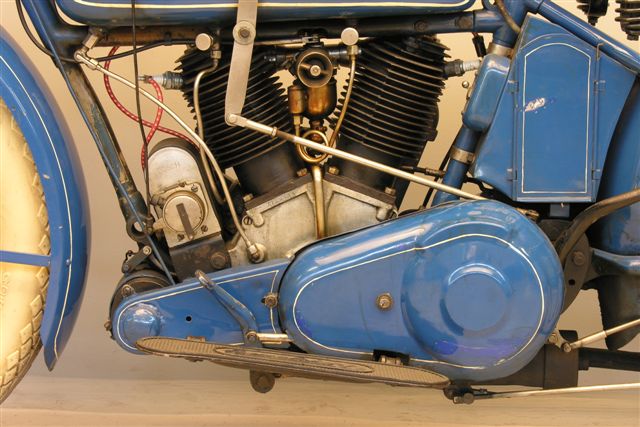 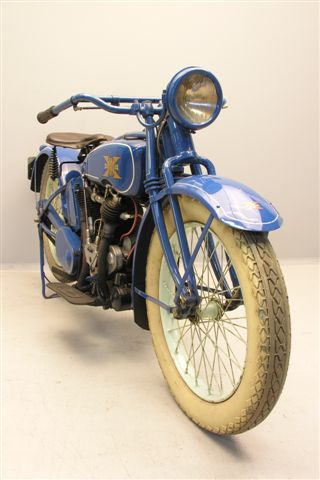 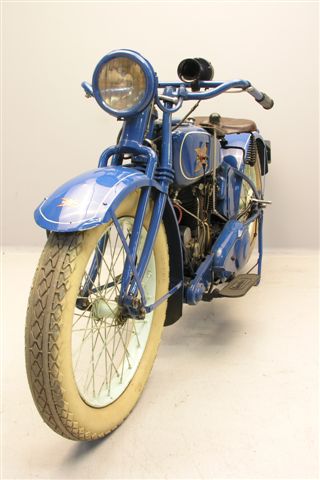 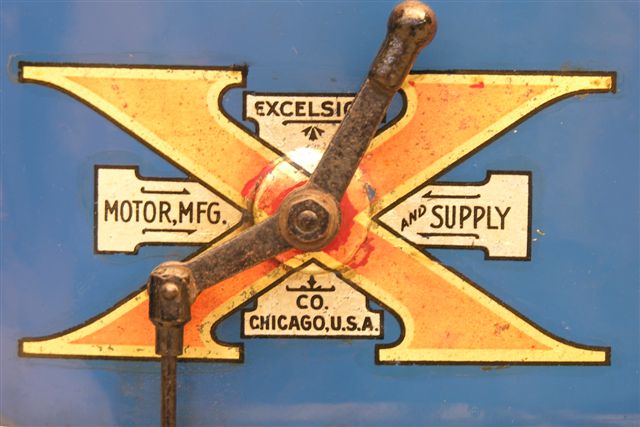 The Excelsior Supply Company of Chicago started producing motorcycles with its own single cylinder engine in 1908.
Some years later the firm became part of Ignaz Schwinn’s bicycle empire.
In the years around 1915  the production models ranged from a 269 cc two stroke single Baby Triumph look-alike to a big 1000 cc V-twin.
In 1919 the Henderson factory was taken over.
Soon there was a strong increase in demand for the four cylinder machines.
The Excelsior and Henderson machines had hardly any interchangeable parts and to rationalize production it was decided that a number of  Henderson-style parts would also be fitted to the twins. From  ca.
1920 the enclosed spring front forks and the front and rear fenders of the Henderson were fitted to the Excelsior machines, giving them a more robust appearance.
This ca. 1920 model has been in The Netherlands from new.
It’s an older restoration and runs well.