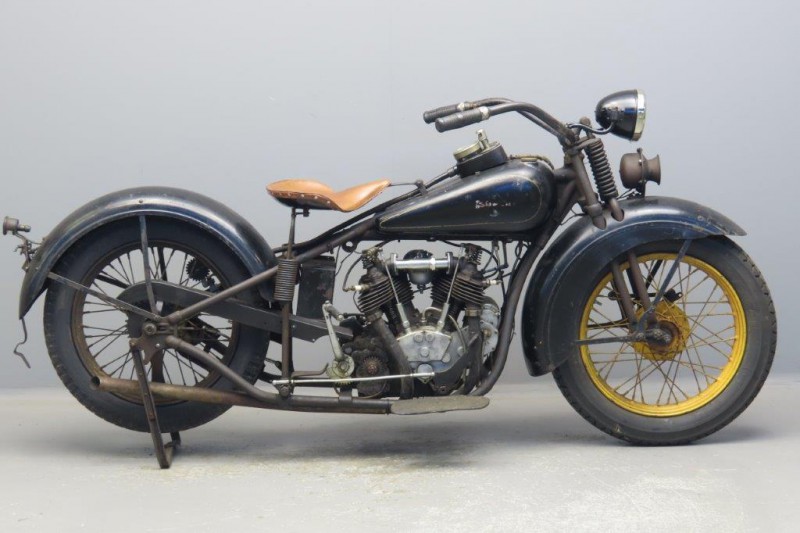 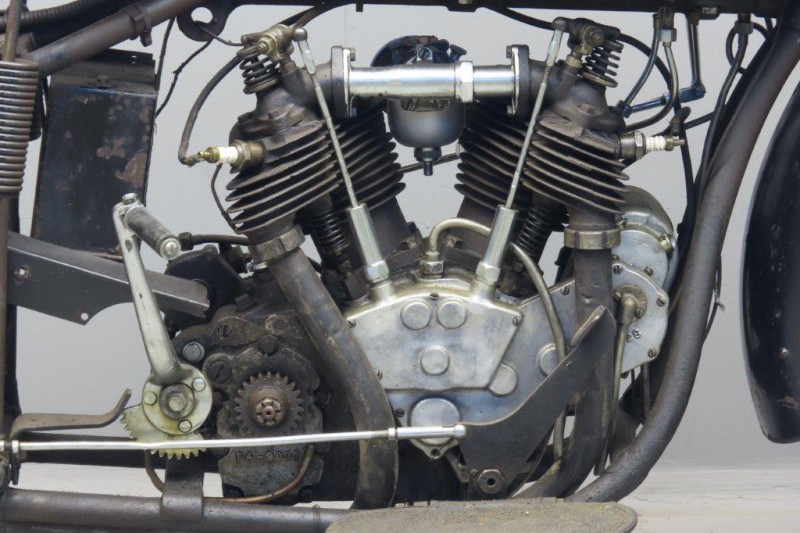 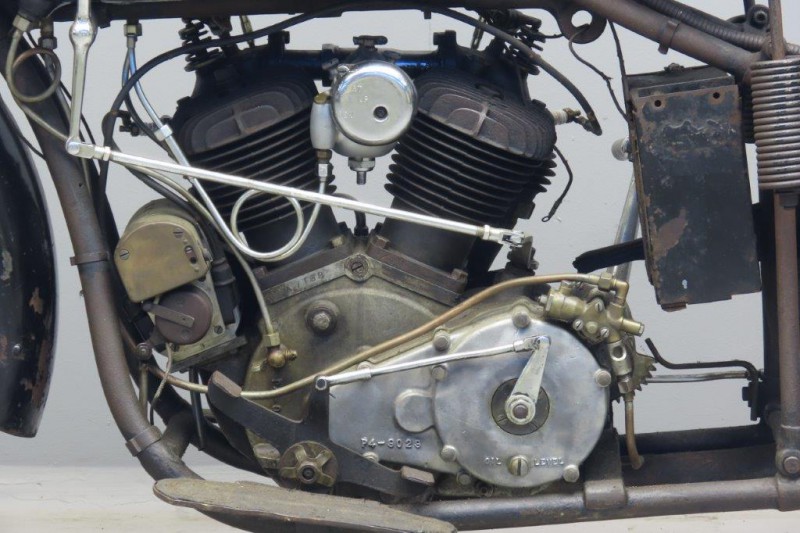 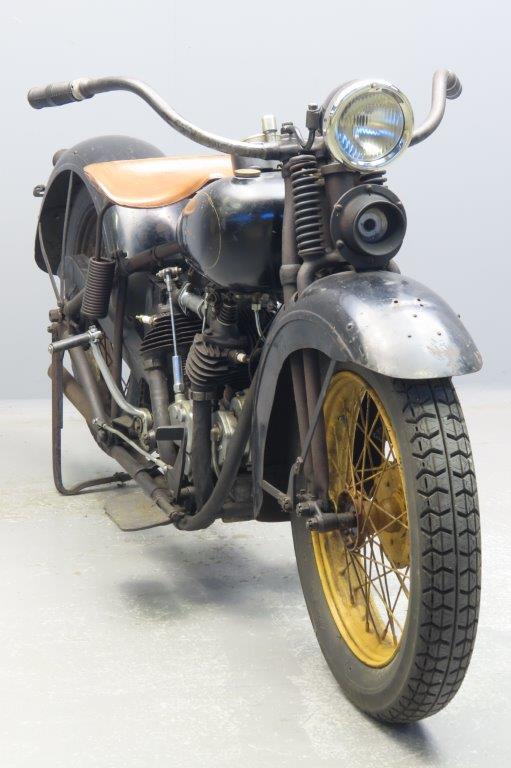 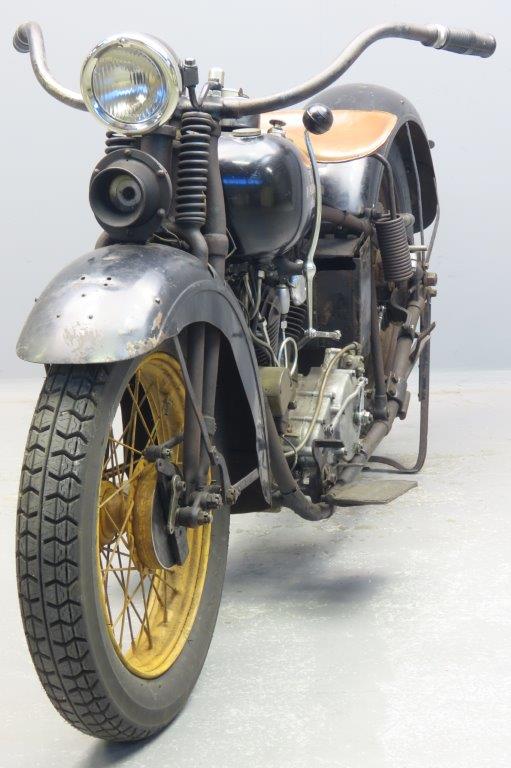 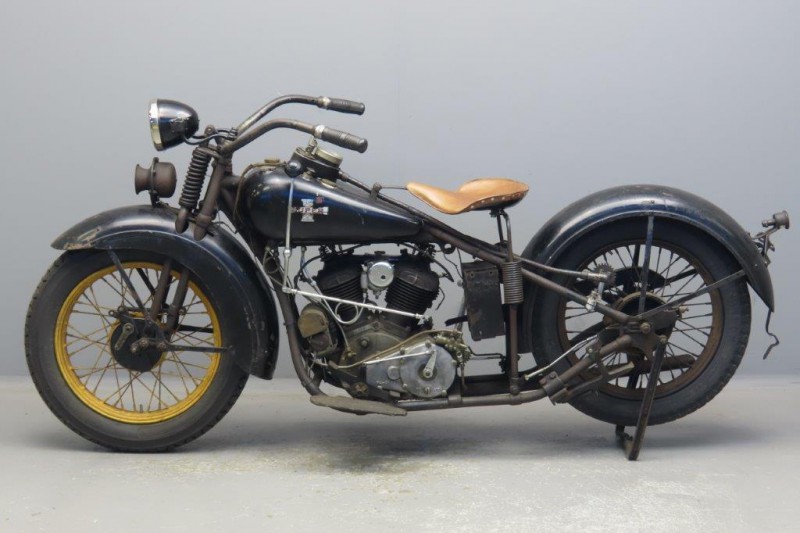 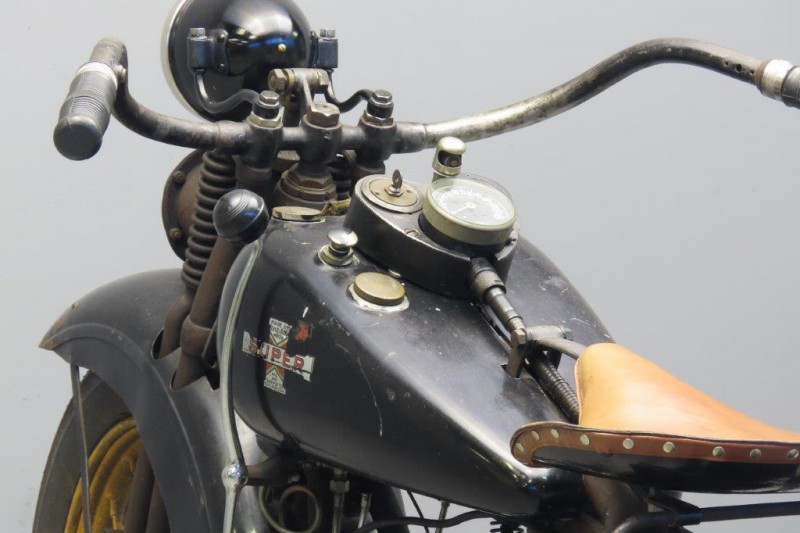 The famous American Excelsior motorcycle was produced by the Excelsior Motor Manufacturing Company of Chicago, Illinois from 1907 until 1931, latterly under the ‘Super-X’ brand name.
In 1921 Excelsior had acquired the manufacturing rights to the Henderson Four and the days of the big v-twins were numbered.
They were gone by 1925, Excelsior preferring to concentrate its resources on the Four and the newly introduced Super-X 45ci (750cc) v-twin.
This was done to compete with the lighter 600 cc Indian Scout models that were very successful on the export markets.
The New Super X had a unit construction engine that looked in a number of ways similar to the Indian Scout engine.
Year by year small improvements were made. In 1928 engineer Arthur Constantine moved from Harley Davidson to Excelsior.
He got the task to modernise the looks of the Super X and Henderson models. He took his job serious: the 1929 Henderson catalogue listed no less than 57 changes to the Four; the Super X got almost as many.
The streamlined cast aluminium petrol tanks with instrument panel on top were among the most notable changes.
But in fact the entire rolling chassis was new: frame, forks and mudguards were different from the earlier models and the old beaded edge wheel rims gave way to modern 4.00 x 18.00 wire wheels.
A Bosch magdyno became the heart of the lighting and ignition system.
The Super X and Henderson were ready for the 1930s but unfortunately production was ceased in 1931.
This rare Streamline Super X is in unrestored, authentic condition and is virtually complete.