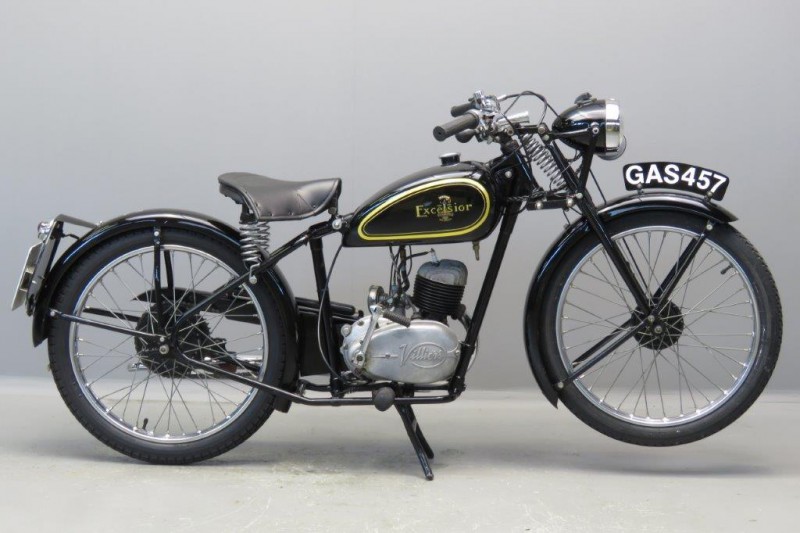 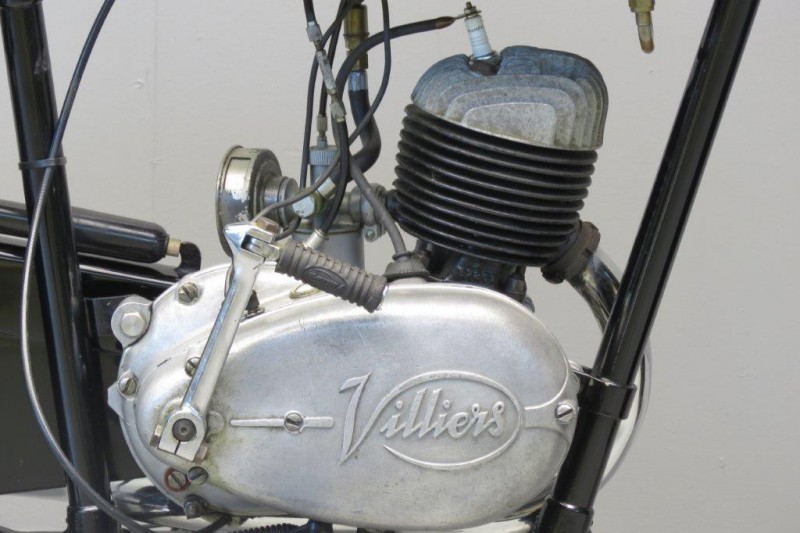 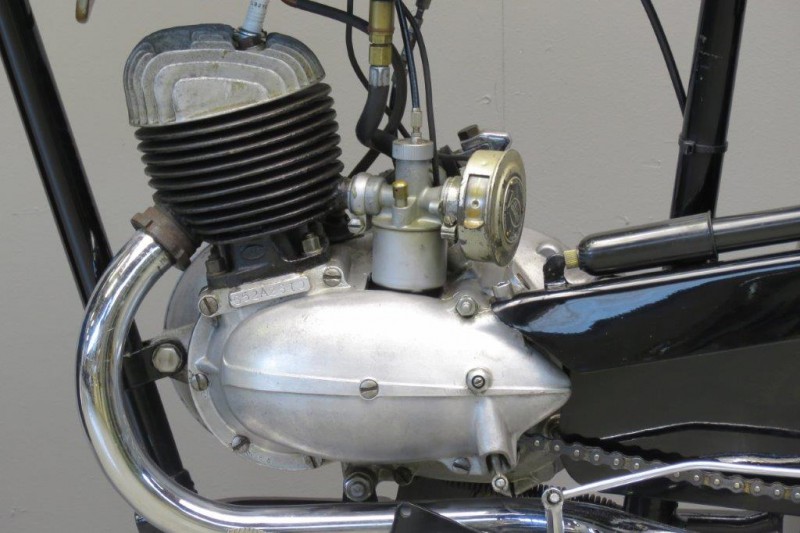 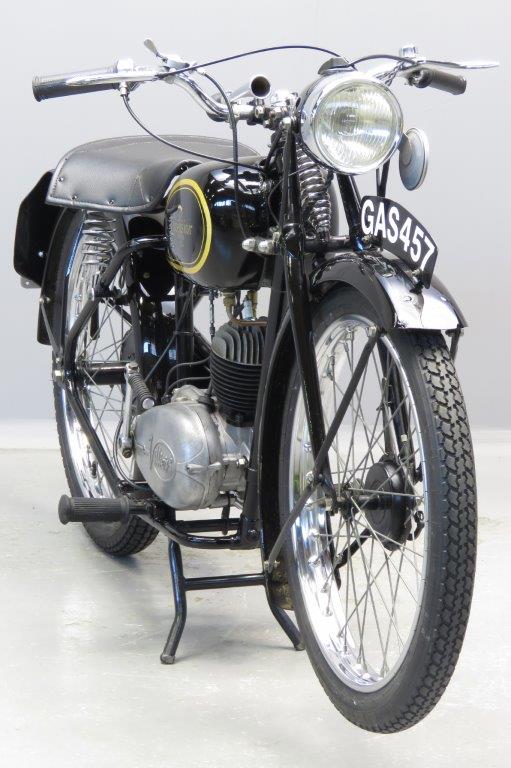 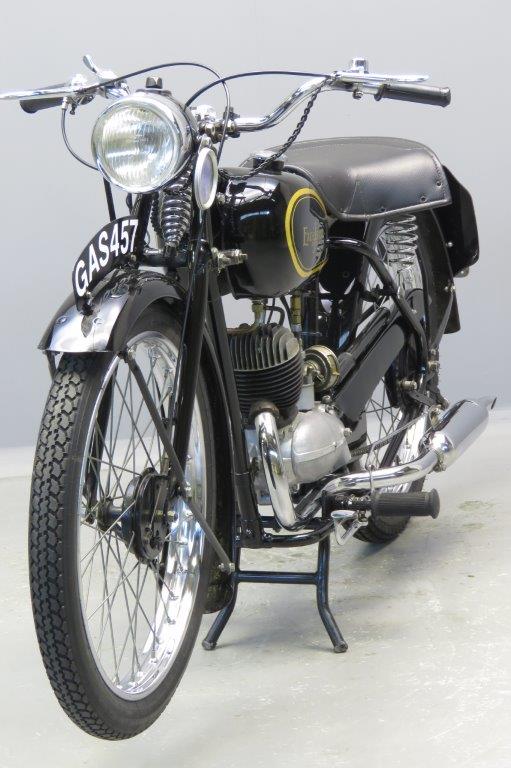 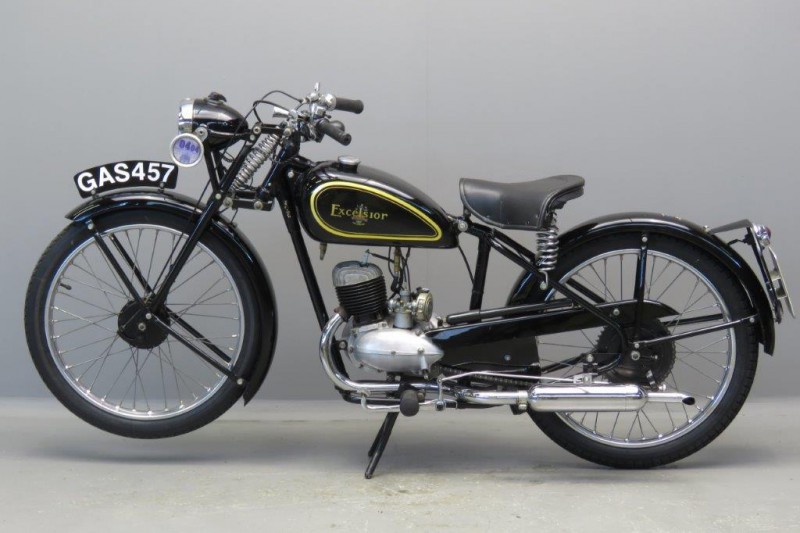 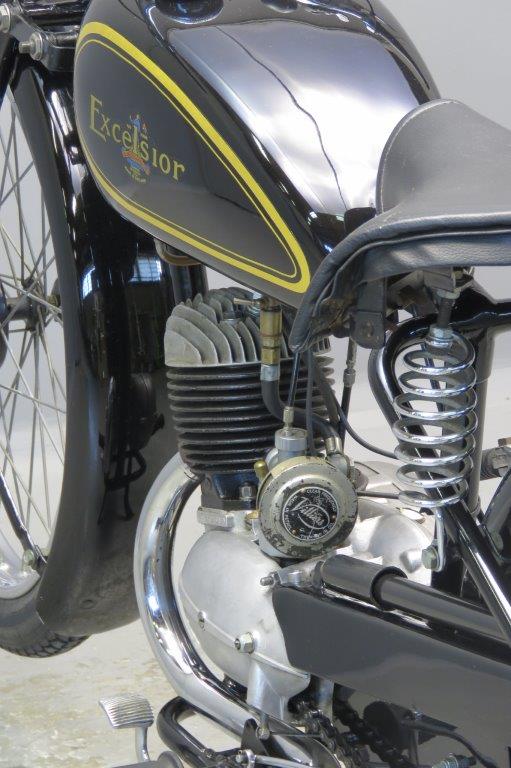 After WW2 Excelsior concentrated on the production of lightweights powered by engines of their own make and those of Villiers.
The Consort first appeared in 1953 as the F4, with Villiers 4F engine and two-speed gearbox, changing to the 6F for 1956 when a plunger-suspended version – the F4S – joined the range. T
he Consorts continued in production until the end of 1957 when they were replaced by the new Consort CA8, a more up to date design featuring a telescopic front fork and swinging-arm frame.
This very nice Consort benefits from a total restoration completed in 2009 at considerable cost since when it has been kept in a collection without being used.
This Excelsior 98cc Consort is presented in very good condition in every respect.