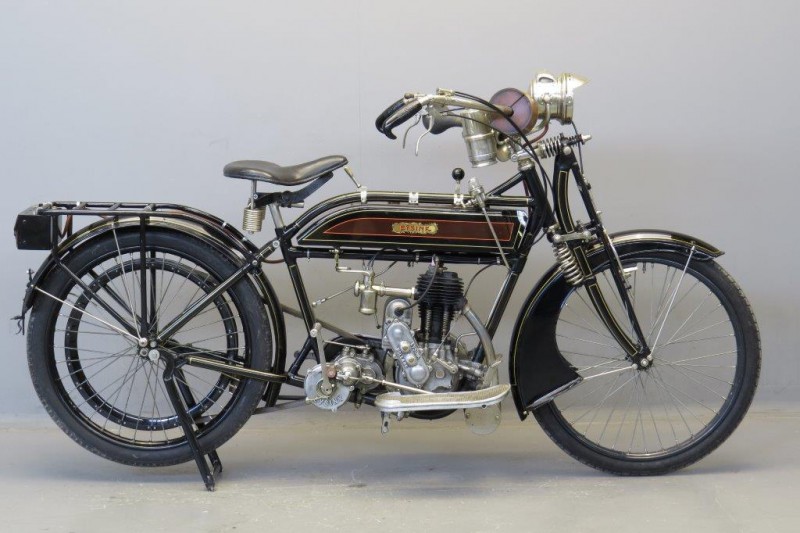 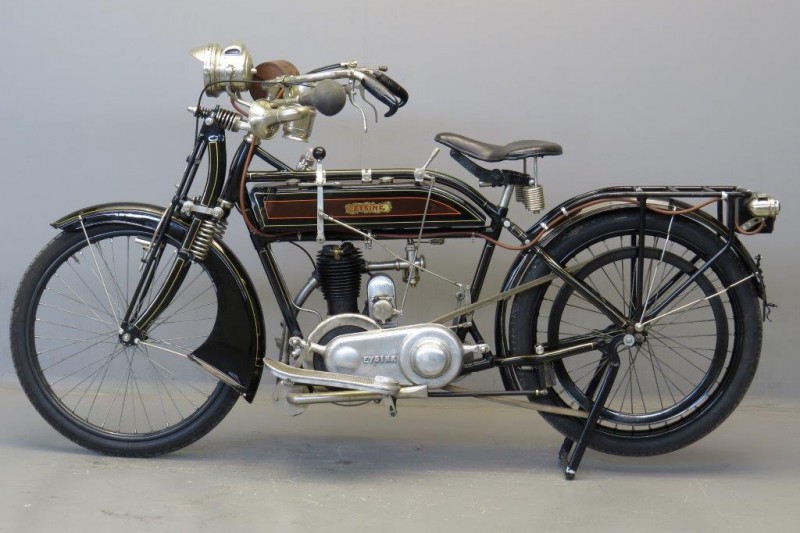 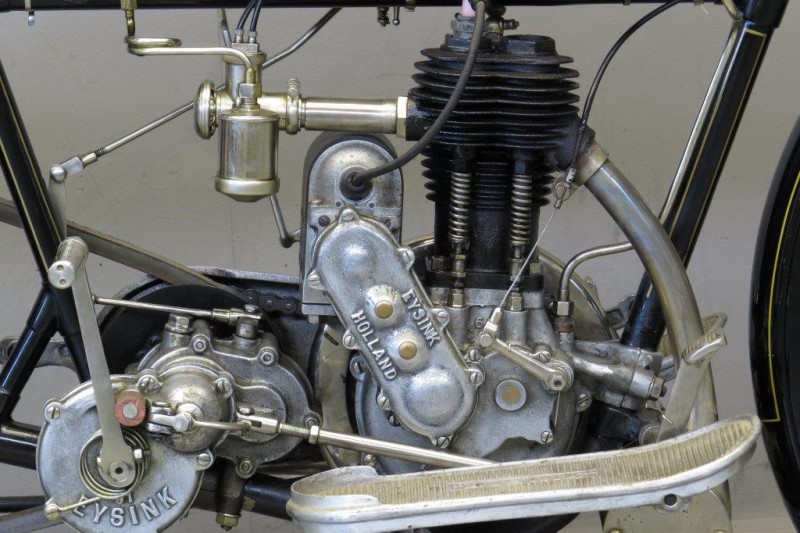 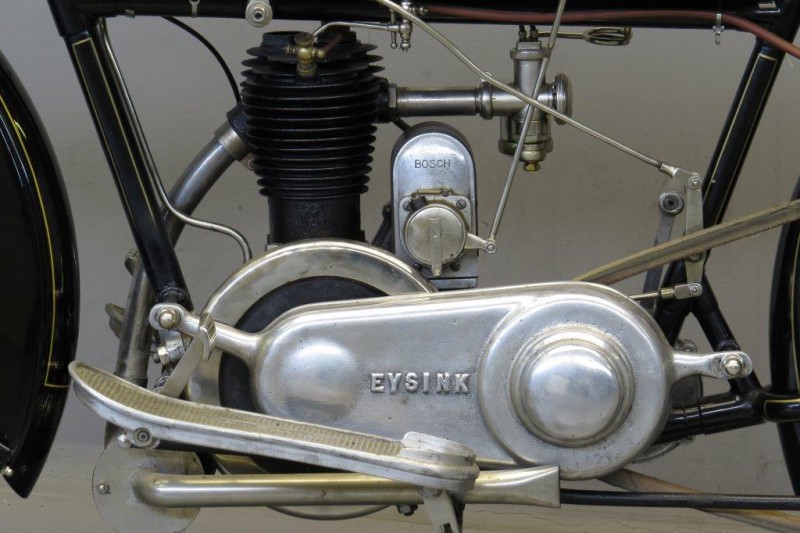 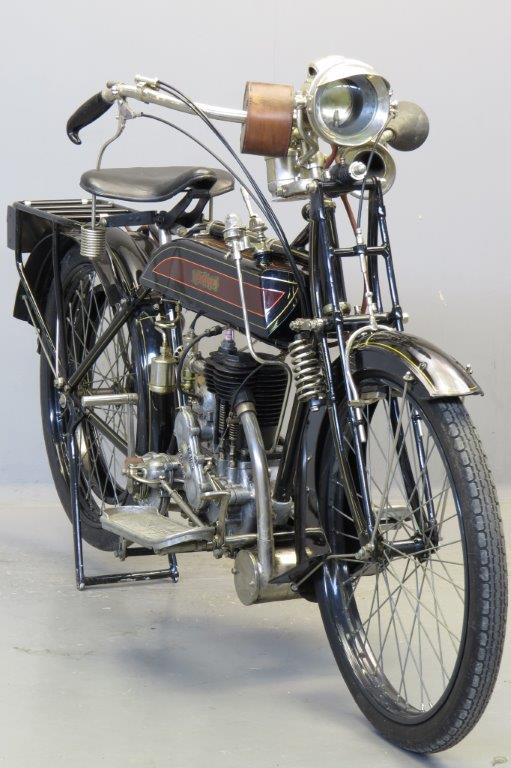 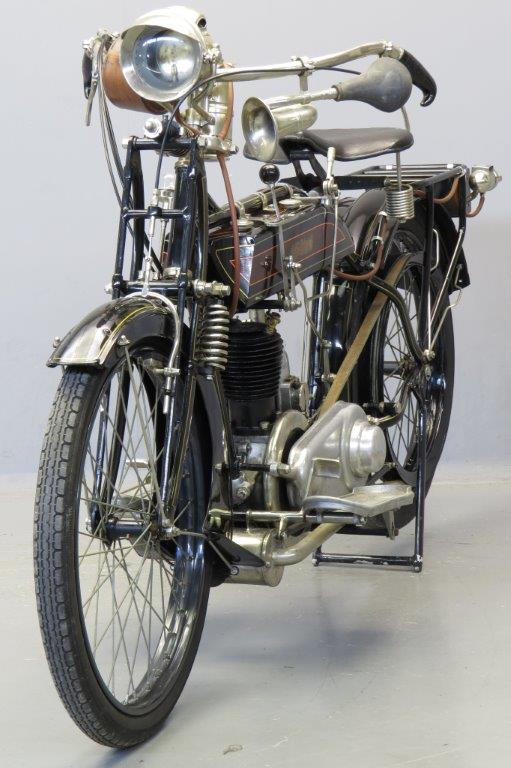 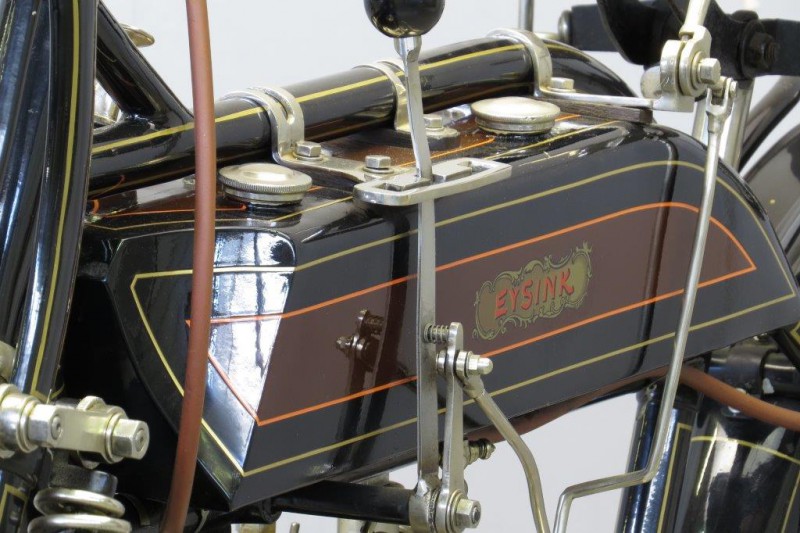 D.H. Eysink started in 1886 an engineering company in the Dutch town of Amersfoort.
Soon the production of bicycles was taken up and in the early years of the 20th century Eysink, together with the Amsterdam-based Simplex firm, became a leading Dutch manufacturer of motorcycles.
Car production was also taken up on a moderate scale, but that was soon discontinued again.
Eysink machines were equipped with engines of their own design till the mid twenties.
From then on several different proprietary makes were used, such as Villiers, JAP, Python ( Rudge),  Blackburne, New Hudson, Matchless and  JLO.
During World War I the range consisted of  2HP (241 cc) and 3HP (365 cc) singles.
A  7 HP  (816 cc) twin was available in 1914 but was discontinued   for some years after 1915, by the end of the war it was listed again.
A notable feature of Eysink engines is  the  large outside flywheel.
This 3 HP engine has bore x stroke of 74 x 85 mm. The mixture is ignited by a Bosch magneto, carburettor is AMAC.
The machine has a two speed gearbox of Eysink’s own design and manufacture and a foot-controlled clutch.
The petrol tank holds 8 litres, the oil tank 1 ½ .
This graceful  and rare vintage machine  comes complete with acetylene lighting and bulb horn.
It has been restored a number of years ago and is in excellent condition.