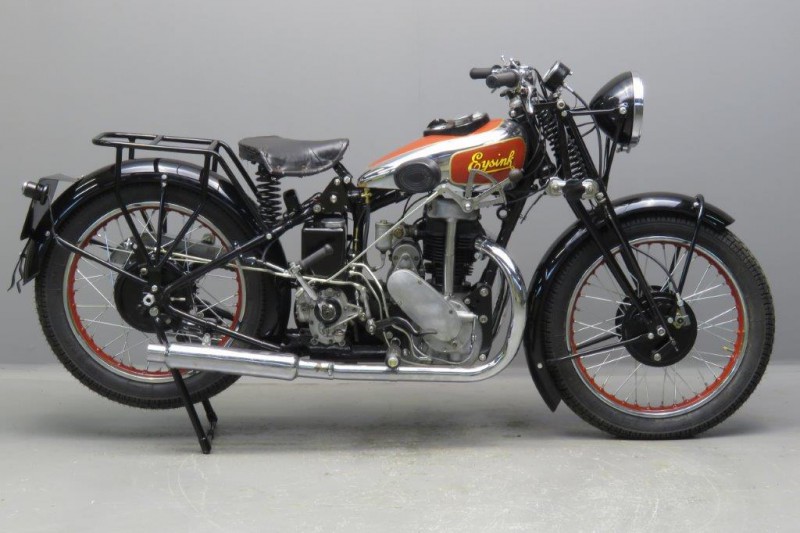 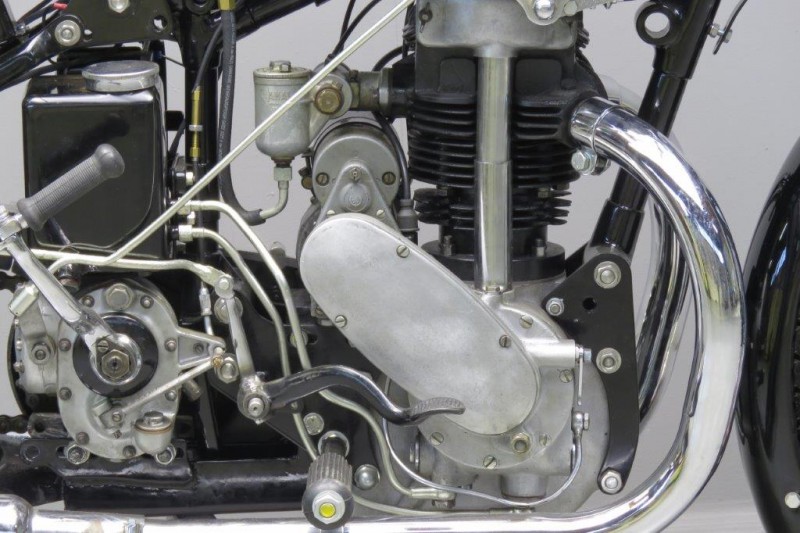 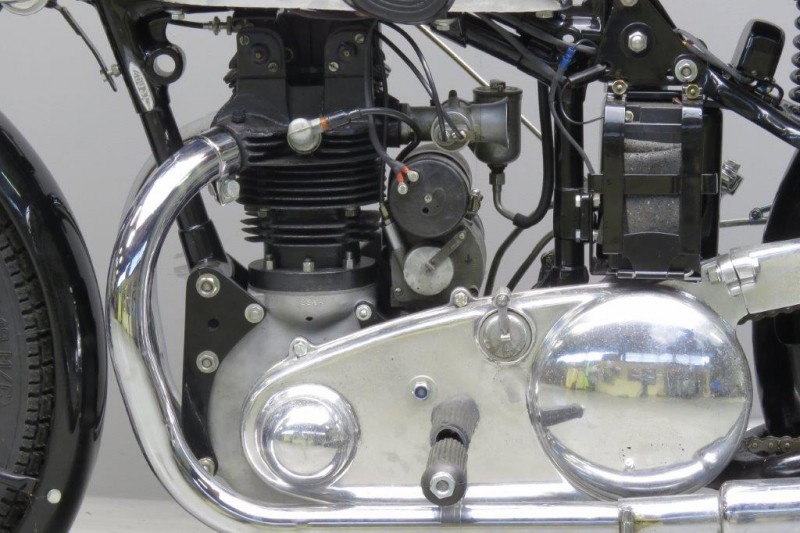 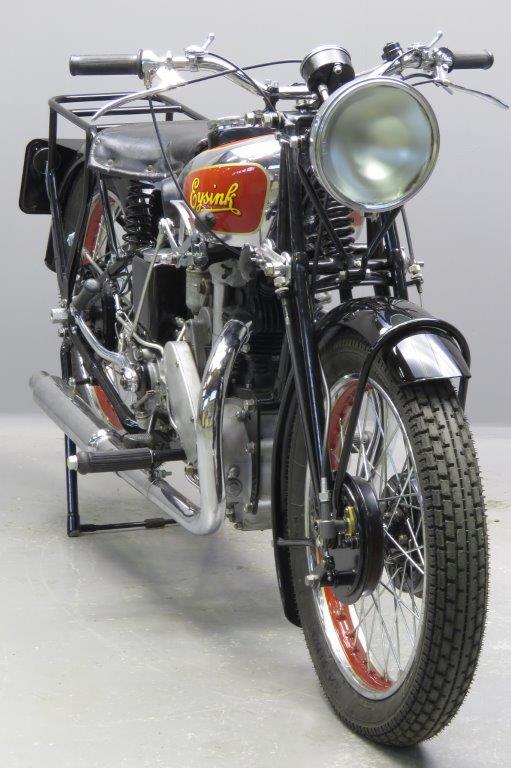 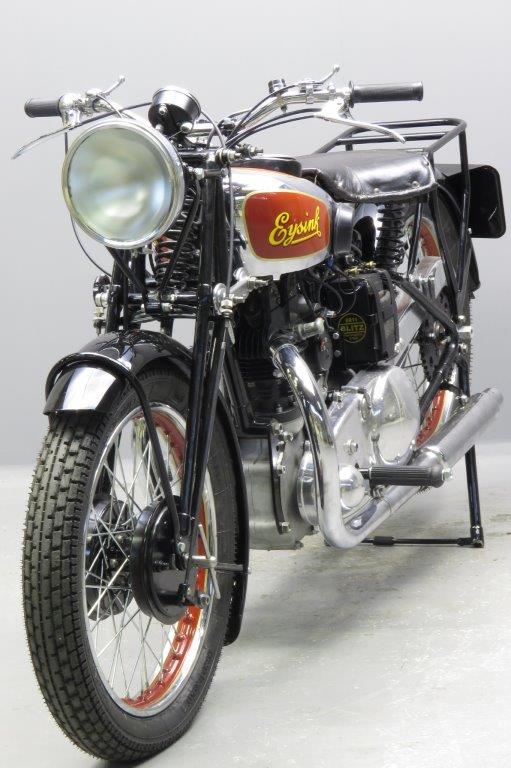 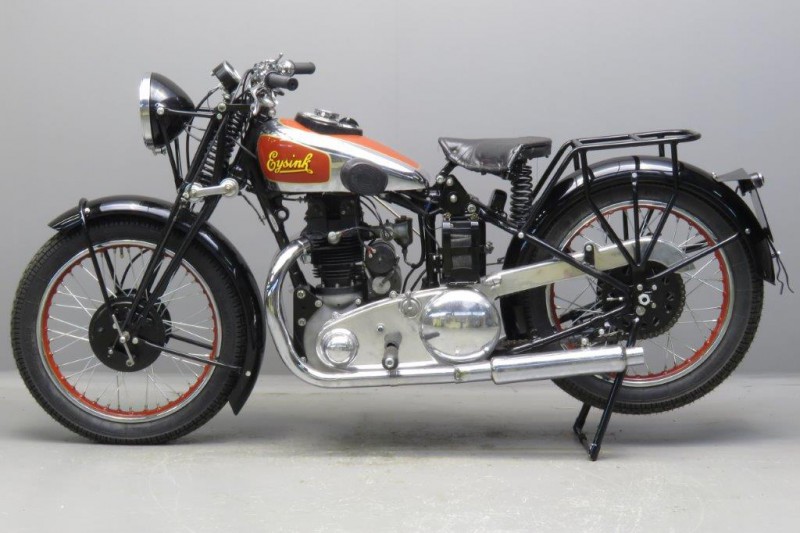 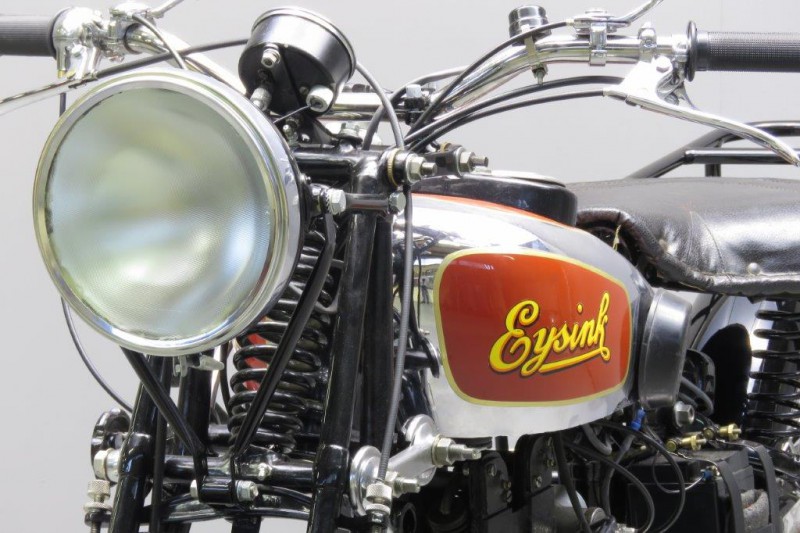 D.H. Eysink started in 1886 an engineering company in the Dutch town of Amersfoort.
Soon the production of bicycles was taken up and in the early years of the 20th century Eysink, together with the Amsterdam-based Simplex firm, became a leading Dutch manufacturer of motorcycles.
Car production was also taken up on a moderate scale, but that was soon discontinued again.
Eysink machines were equipped with engines of their own design till the mid twenties.
From then on several different proprietary makes were used, such as Villiers, Jap, Python ( Rudge),  Blackburne, New Hudson, Matchless and  JLO.
In the 1930’s Dick Eysink, grandson of the founder was successful in sports events with Eysink machines.
The Model “ Alpenjager “  (Alpine Hunter)  was introduced in 1933; it was a super sports machine that had been derived from the machine with which Dick Eysink had participated in the 1932 International Six Days Trial.
In 1931 Eysink had been a member of  Dutch team that had won the Silver Vase in the ISDT organised in Italy.
The first “ Alpine Hunter’ was equipped with a Python  engine; in 1936 350 and 500 cc Matchless engines were used and in 1938 a 350 cc High Camshaft JAP engine was employed.
Production of the sporty Eysinks has always been modest: in 1938 about 20 have been produced and only two or three are known to have survived.
The machine presented here is a 1934 model with the above mentioned 500cc Rudge “Python” 4-valve engine.
She runs very well and is in good condition.