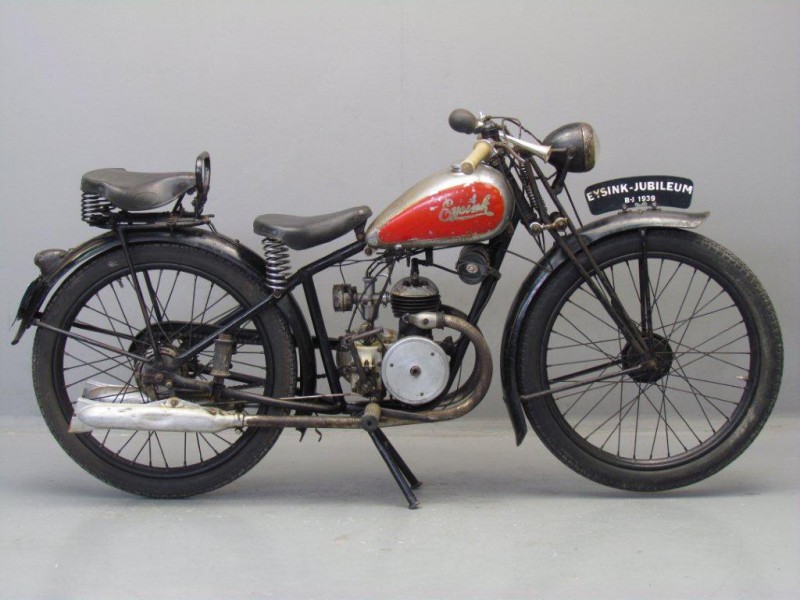 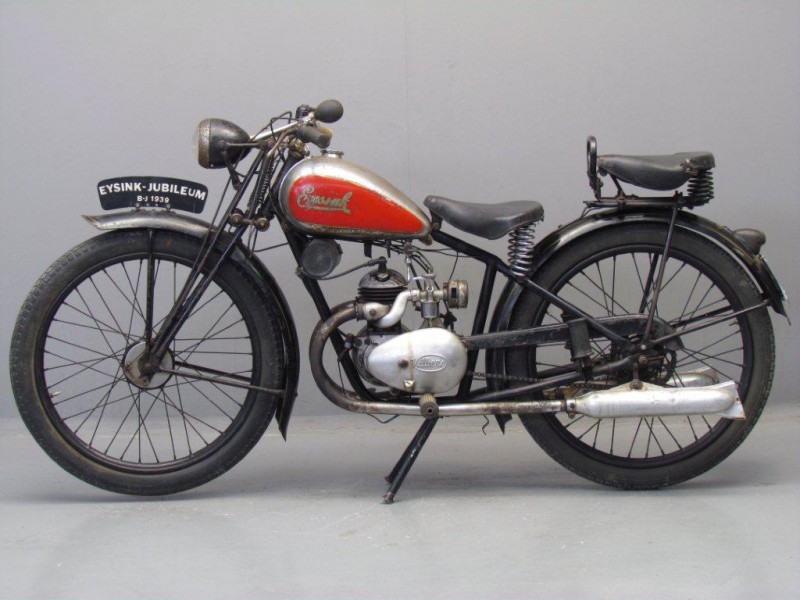 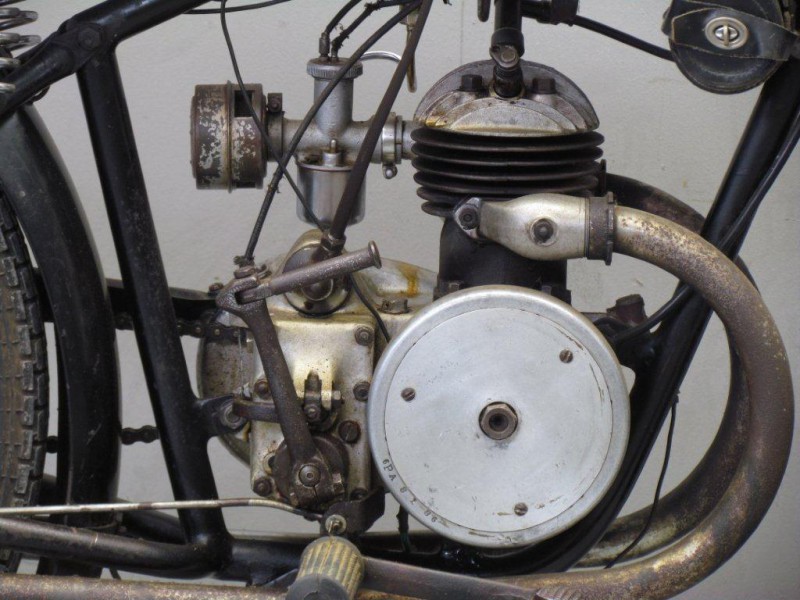 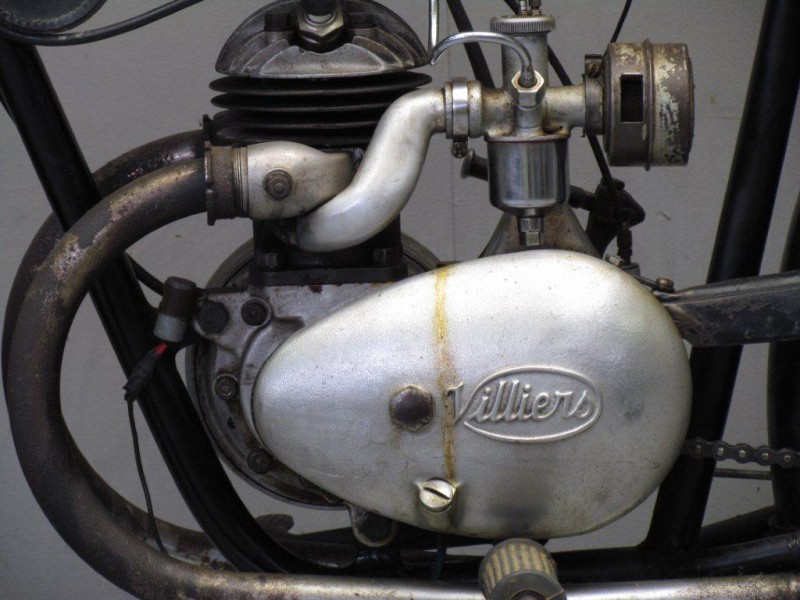 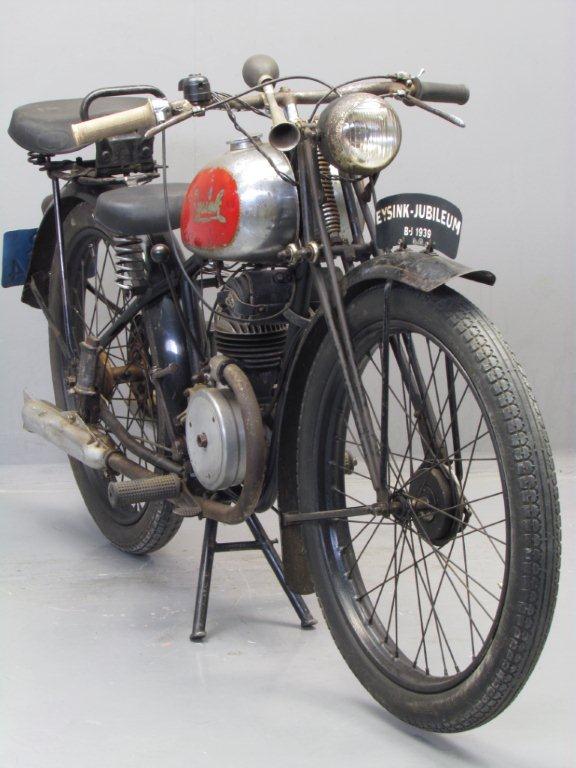 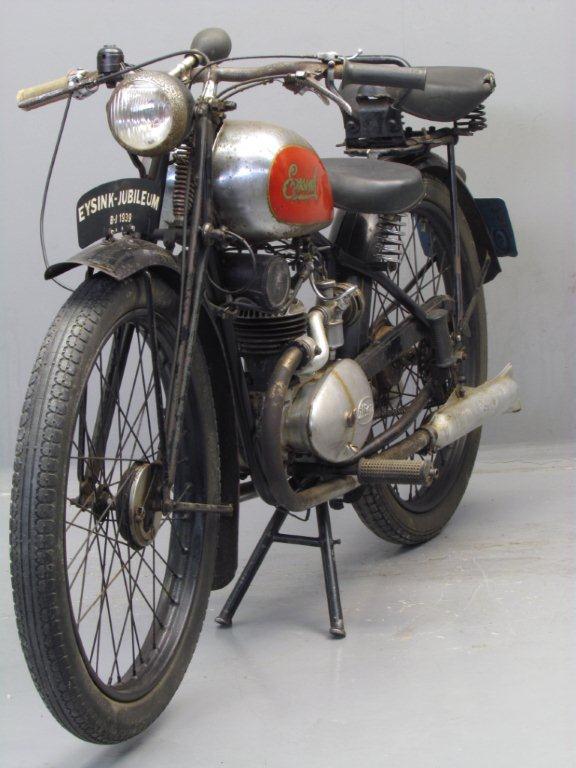 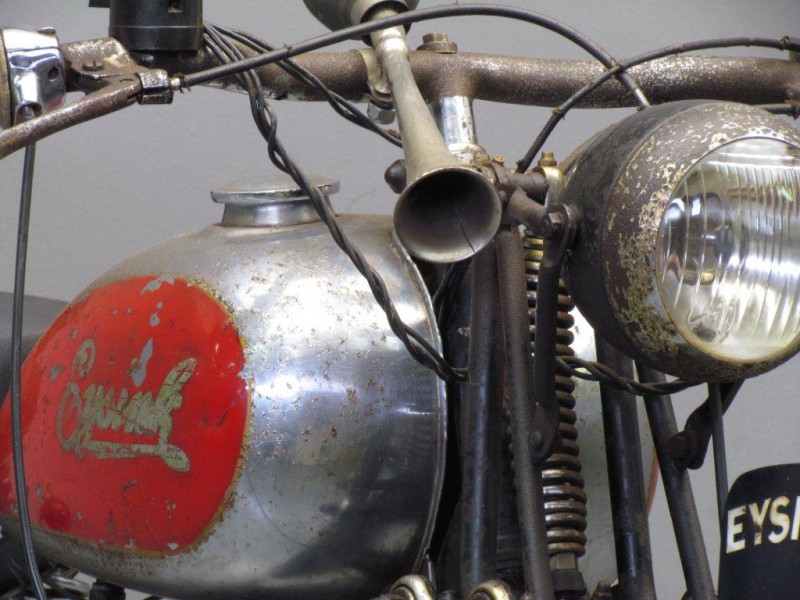 D.H. Eysink started in 1886 an engineering company in the Dutch town of Amersfoort.
Soon the production of bicycles was taken up and in the early years of the 20th century Eysink, together with the Amsterdam-based Simplex firm, became a leading Dutch manufacturer of motorcycles.
Car production was also taken up on a moderate scale, but that was soon discontinued again.
Eysink machines were equipped with engines of their own design till the mid twenties.  From then on several different proprietary makes were used, such as Villiers, JAP, Python ( Rudge),  Blackburne, New Hudson, Matchless and  JLO.
In the 1930’s Dick Eysink, grandson of the founder was successful in sports events with Eysink machines.
In the depression years light motorcycles became more and more popular and Eysink and some other Dutch firms tried to bridge the gap between the light motorcycle and the bicycle by marketing motorised bicycles.
From about 1932 these lightweights were equipped with heavier frames and sprung forks but were still pedal-assisted, as the law required. In the course of 1934 a change in taxation brought the motorized bicycle in the same class as the light motorcycle and this ended its popularity to a great extent.
In 1936 Eysink  brought out a model in the promising 125 cc class.
This model got the name “ Jubileum” ( Jubilee) because it was launched 50 years after the foundation of the company.
It soon proved to be a popular machine which  was successful in competition on road and track.
A skilfully tuned Jubileum model  ridden by  Dick Renooy  won the 125 cc class in the 1948 Dutch TT at Assen with an average speed of nearly 110 km/ hour.
This well-preserved little machine  is in good original condition and runs well.