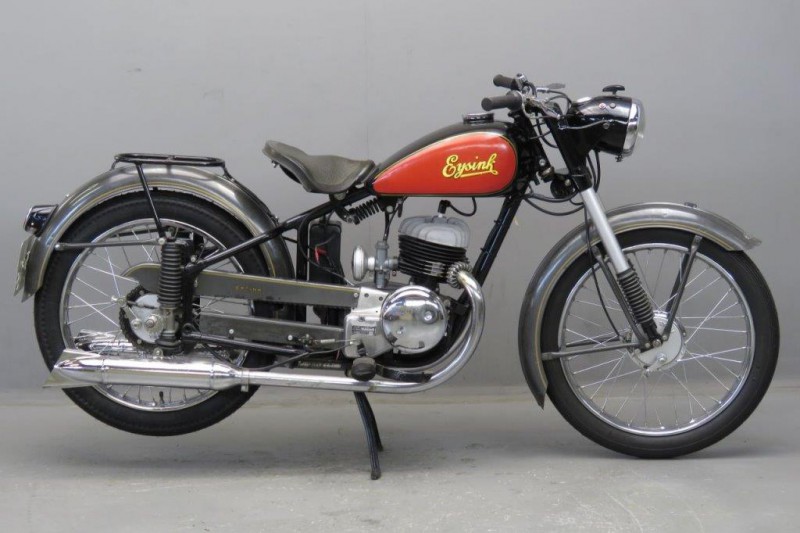 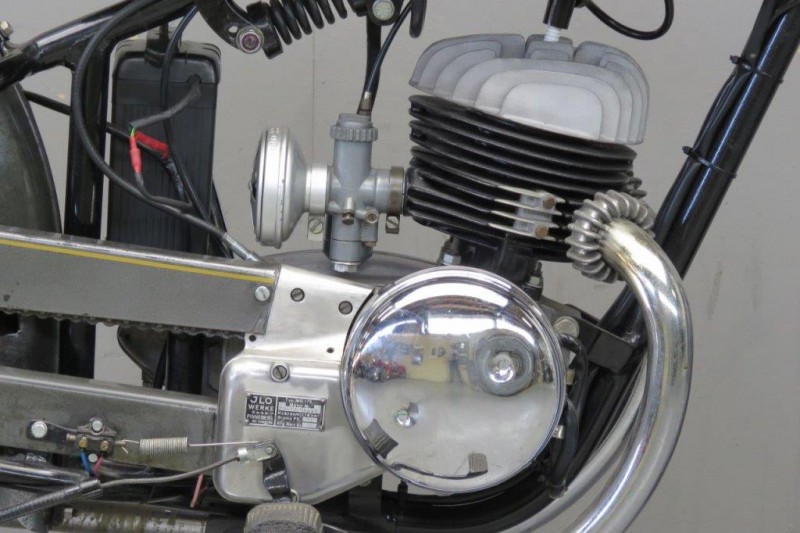 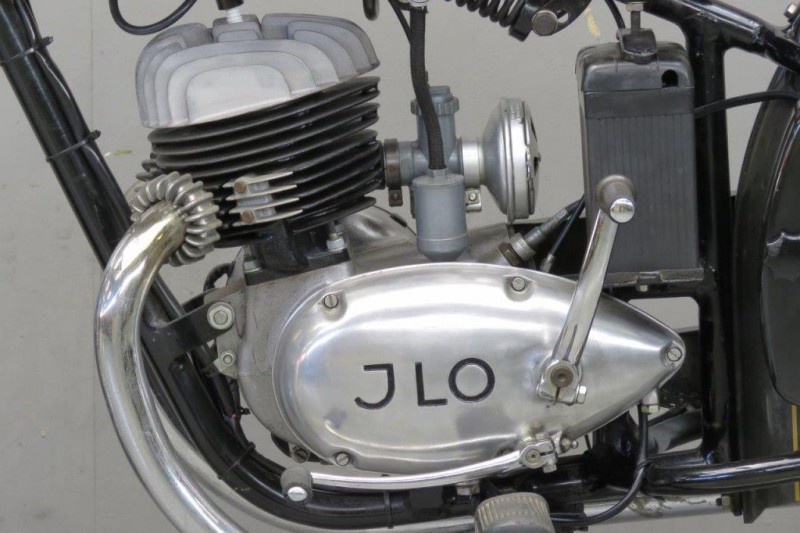 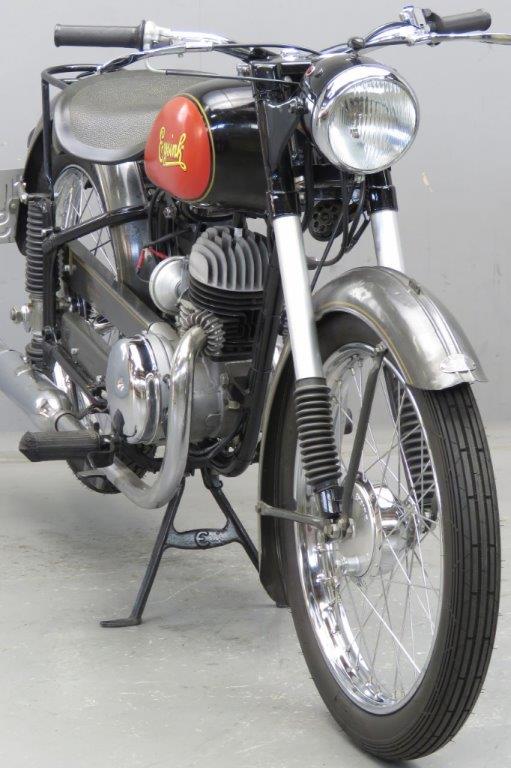 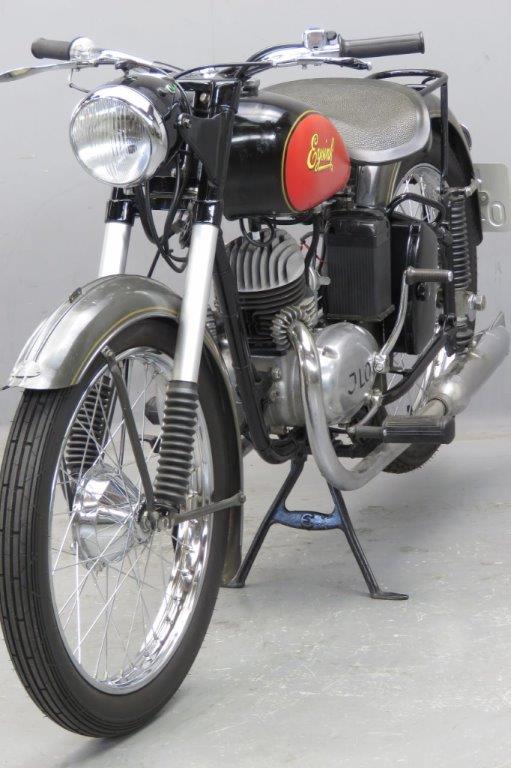 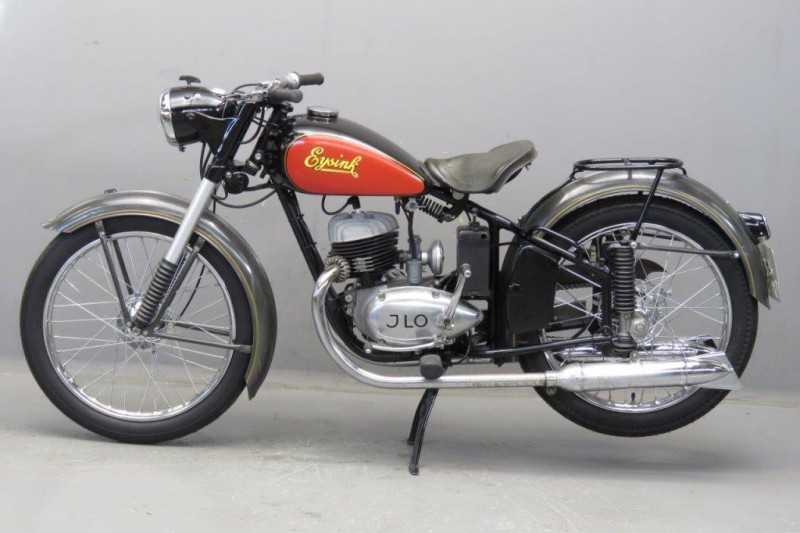 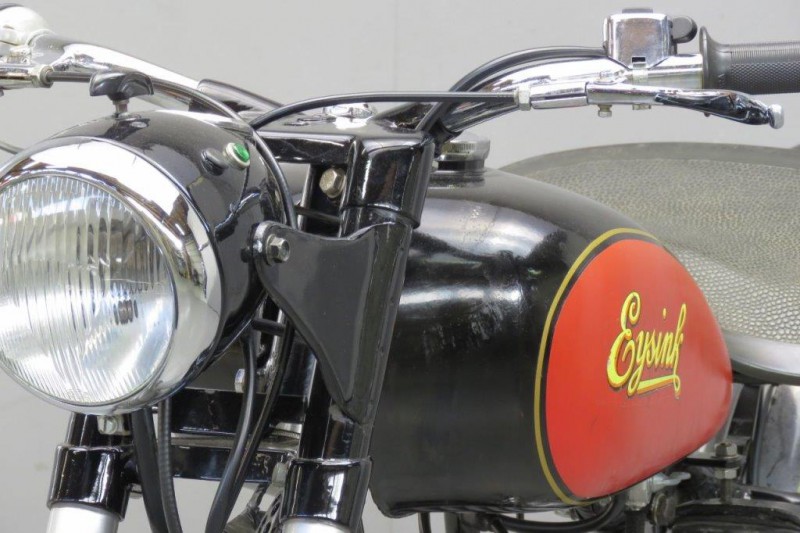 Eijsink, The Netherlands 1899-1956
Leading Dutch motorcycle factory. Fitted first Minerva, Fafnir and other engines into own frames, built in 1905 vertical V-twins with Bercley engines and also entered car production.
The most famous models were the 365cc and 425cc singles, used also by the Dutch forces during the Great War.
There were also 366cc and 409cc V-Twins with their own engines
In the early twenties a flat twin of  702cc came into being.
The Dutch factory was also close connected with foreign factories including New Hudson and Sunbeam in England and Dollar in France, which supplied certain parts to the Dutch.
They also fitted the English Rudge-built 348cc and 498cc 4-valve Python OHV engines and some JAP engines, including racing versions.

In the mid-1930s versions with Sachs and ILO two-stroke engines up to 198cc came into production.

The late 1940s and 1950s saw an increasing market for 50cc models, so called mopeds, often very futuristic designed and popular with the youth for fun and commuter transport.
1950 was the best year after the war for Eysink, with c. 642 motorcycles sold.
315 were sold in 1951 and in 1952 there were 186 units delivered.
The model Koerier “Courier” (with 200 cc-2 stroke Villiers engine) was introduced in 1950.
In feb. 1951 on the main Dutch Motorcycle Exibition, another Koerier was presented, with a 175 cc, 2 port ILO 2 stroke engine. Retail price 1475 guilders.
Basicly for 1952 it will be clear that this model was produced only in little numbers as they made 3 models: the 125 cc Jubilee, the 200 cc and 175cc Koerier.
We assume that in total 186 units were made and imagine that all three models were produced in even numbers than we talk on an estimated 186:3 = 62 units! How many will still be out there?  Eysink almost made everything themselves: frame, forks, rear suspension and the unique conical wheel hubs with brake-units.
This Eysink got new spokes, a electronic current/voltage regulator and an ignition coil.
Many parts have been re-chromed.
She is a good starter and runs just fine.