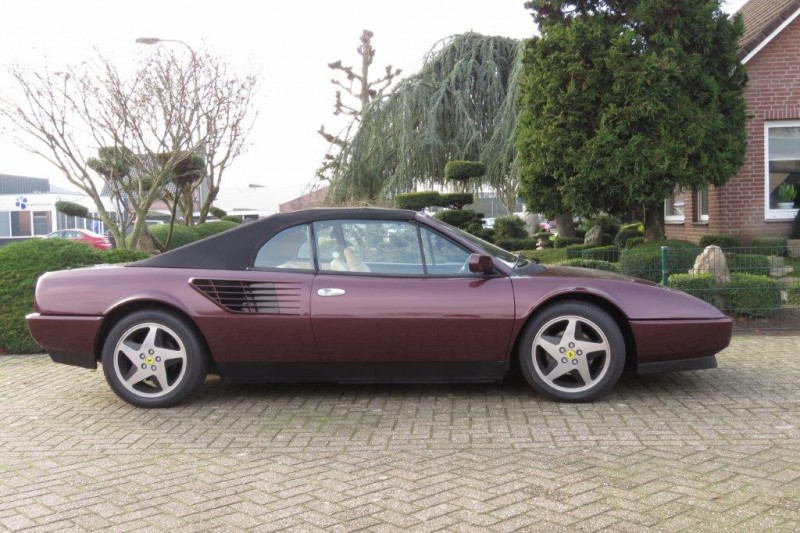 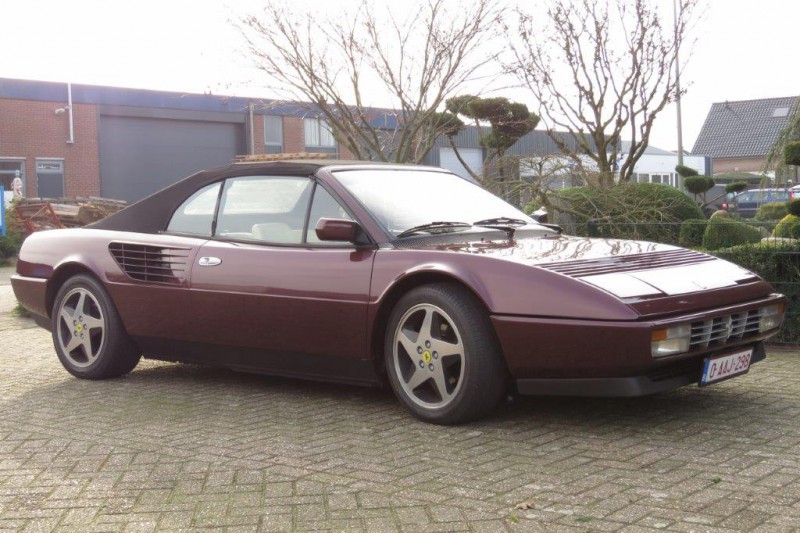 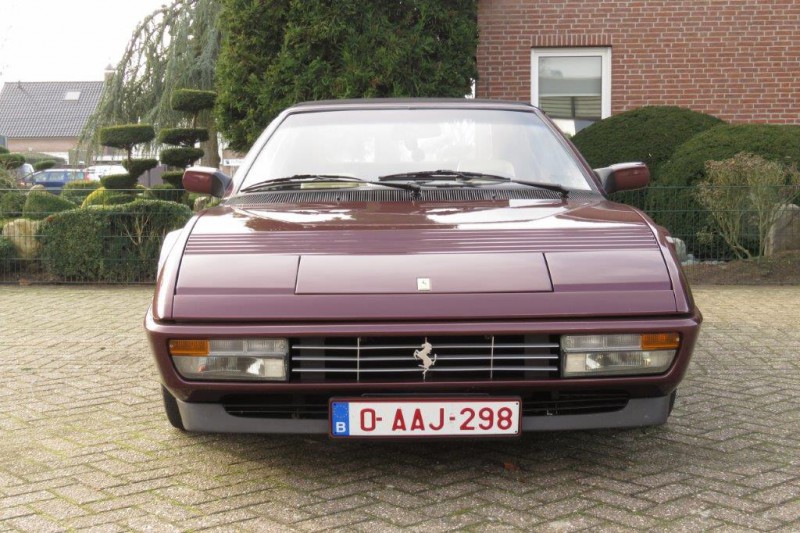 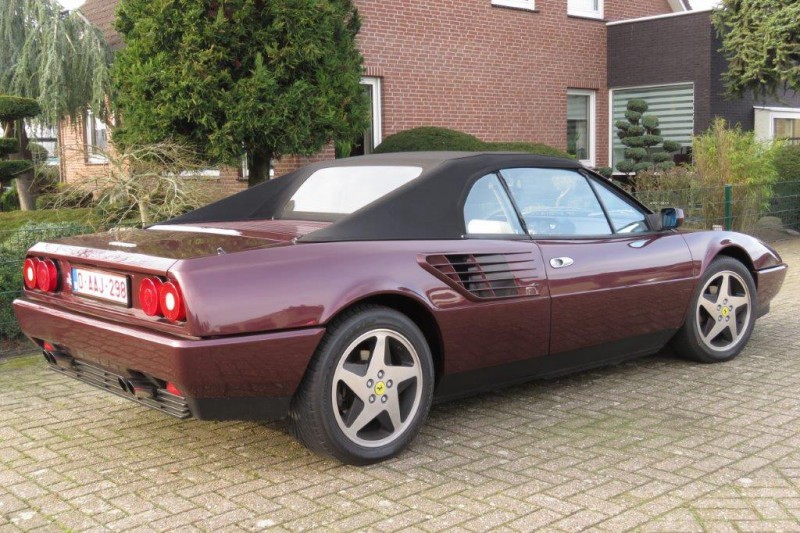 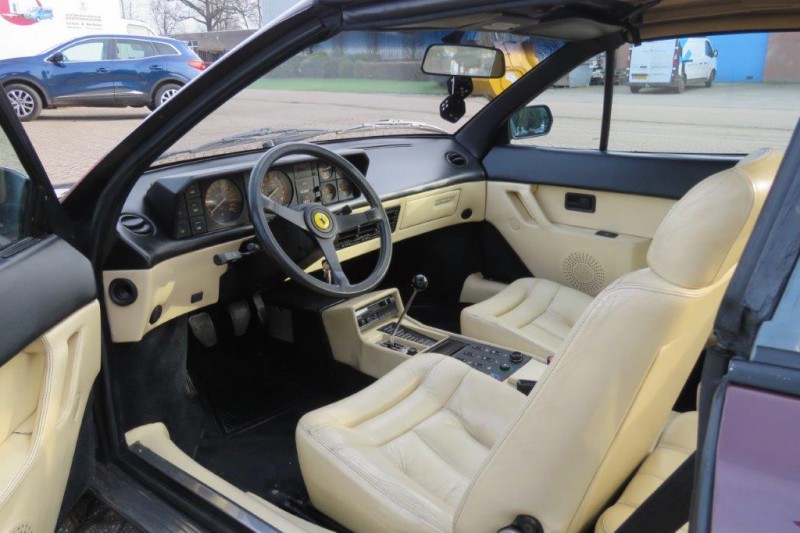 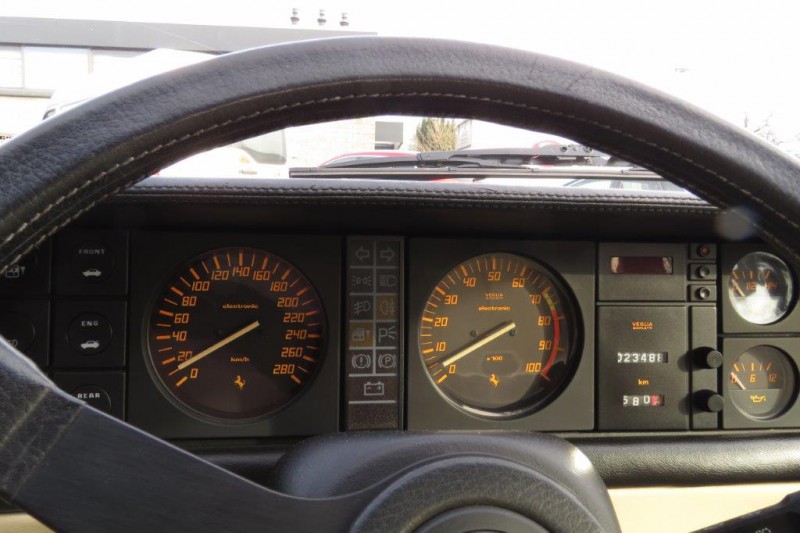 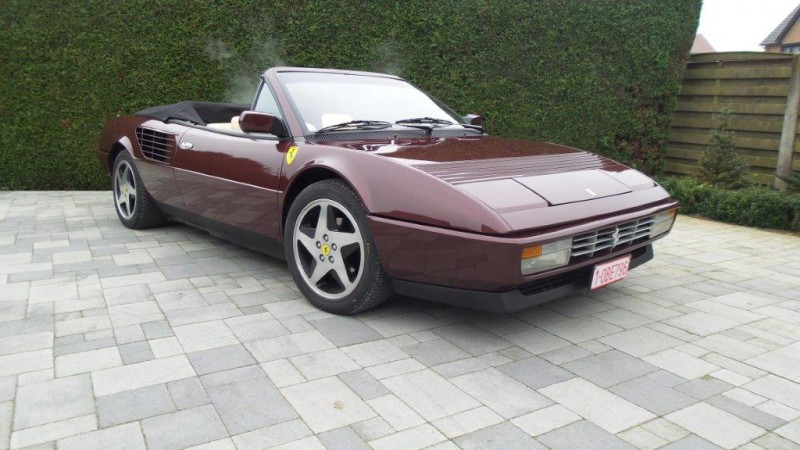 In 1985 the Mondial 3.2 Cabriolet was equipped with the new 3.2-litre engine.
This increase in power made it an even more exclusive car than before: no rival four-seater cabriolet of similar engine size could offer comparable performance. As with the 328 GTB and GTS, Pininfarina improved the styling and aerodynamics of this car, redesigning several bodywork details.
The Mondial 3.2 model succeeded the Mondial Quattrovalvole, and was available in both coupé and cabriolet form, being announced concurrently with the 328 series of 2 seat models at the 1985 Frankfurt Salon.
The 3.2 in the model title referred purely to the cubic capacity of the engine in litres. This model saw the first change in the body styling, with revised front and rear ends incorporating smooth body colour bumper assemblies, and a radiator grille with front light and radiator grille assemblies that mirrored those of the 328 cousin.
The V8 engine of the Mondial 3.2 Cabriolet was basically the same design as that used in the coupé version, fitted with Bosch K Jetronic fuel injection and Marelli MED 806A Microplex electronic ignition to produce a claimed 270bhp at 7000rpm for main European market models, and 260bhp for US market models.
It was of a 90 degree configuration, with belt driven twin overhead camshafts per cylinder group, having a total capacity of 3185cc, with a bore and stroke of 83mm x 73mm, bearing factory type reference F 105 CS 000 for European market cars.
The engine was transversely mounted in unit with the all synchromesh five speed transmission assembly, which was below, and to the rear of the engine’s wet sump.
As with the concurrent coupé model right and left hand drive was available, together with various world market specifications.
From chassis number 75000, odd and even numbers were used for the road production cars, and Mondial 3.2 Cabriolet production  spanned this figure thus they have odd numbers up to this figure, and odd and even above it.
The model was produced in a total of 810 units from 1985 to 1989, in the chassis number range 59393 to 78895.

THE CHASSIS:
The main European market Mondial 3.2 Cabriolet models had a tubular chassis with factory type reference F 108 CS 100, which featured a bolted rear sub-frame section, so that the complete engine, transmission and rear suspension assembly could be removed as a single unit, for ease of maintenance.
These revisions had the effect of producing a more instantly recognisable homogeneous range of eight cylinder models in the Ferrari catalogue.
The body shape remained otherwise unaltered from its predecessor, although once again the interior detailing was revamped, the most noticeable being angled top corners to the instrument nacelle.
A leather dashboard was available as an option.
The hood on the cabriolet continued with the same design theme of its predecessor, echoing the shape of the coupé’s buttresses at the rear. Tail badging on both the coupé and cabriolet models was simply Mondial 3.2.
The five spoke road wheel pattern changed from a flat spoke design to a convex spoke layout to accommodate negative offset suspension geometry for the optional ABS braking system, which would eventually become standard equipment.
This resulted in an increase of 25mm and 50mm respectively,in the front and rear track.
Frame Tubular steel Suspension Independent, unequal-length wishbones, coil springs over telescopic shock absorbers, anti-roll bar
Brakes Discs
Transmission 5-speed + reverse
Steering Rack-and-pinion
Fuel tank capacity 80 litres
Front tyres 205/55 VR 16
Rear tyres 225/55 VR 16
Weight 1400 kg (dry)

The 1986 Ferrari Mondial 3.2 presented here, had recently all maintainance done such as oils, timing belts, coolant, etc.
She recently benefitted also from a complete paint job.
The original rims will come with the car.
This Ferrari has not had any damage and it is a real “honest” car and comes with a “car pass” for its mileage.
Be ready for the spring !