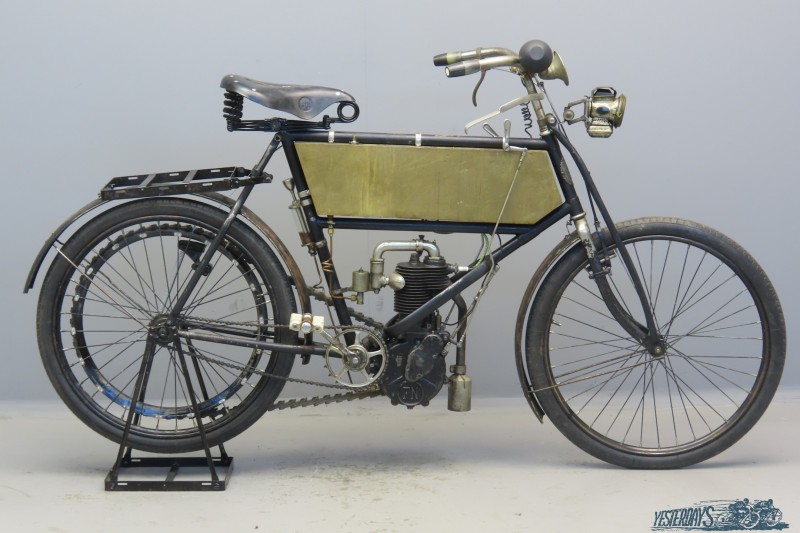 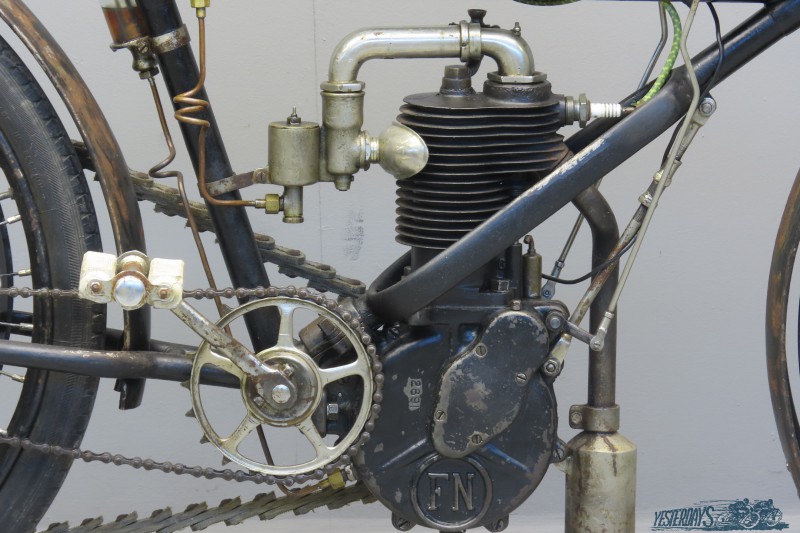 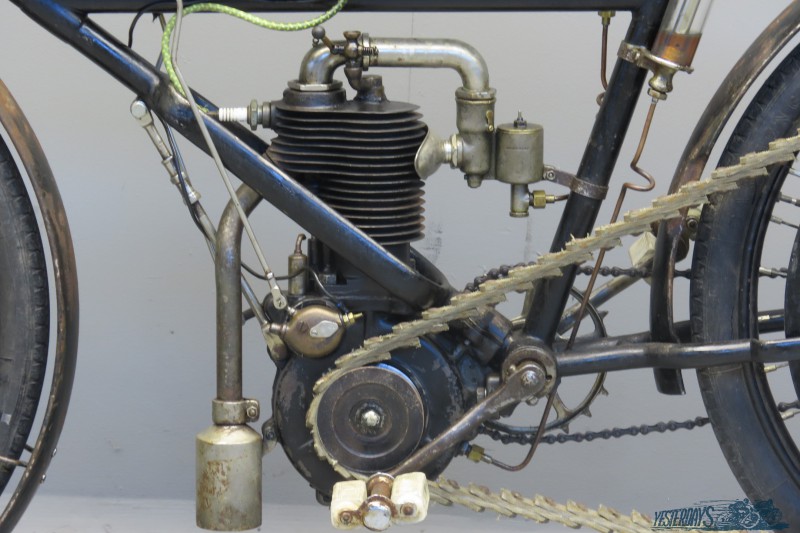 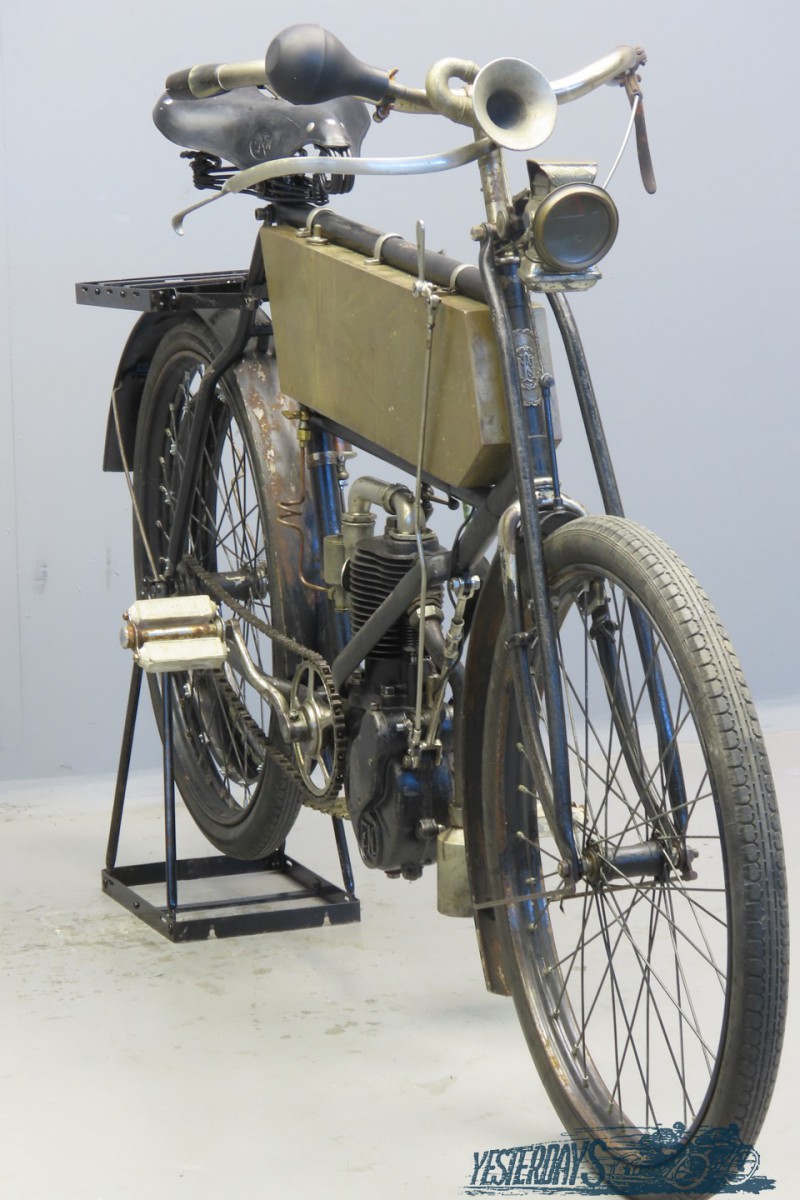 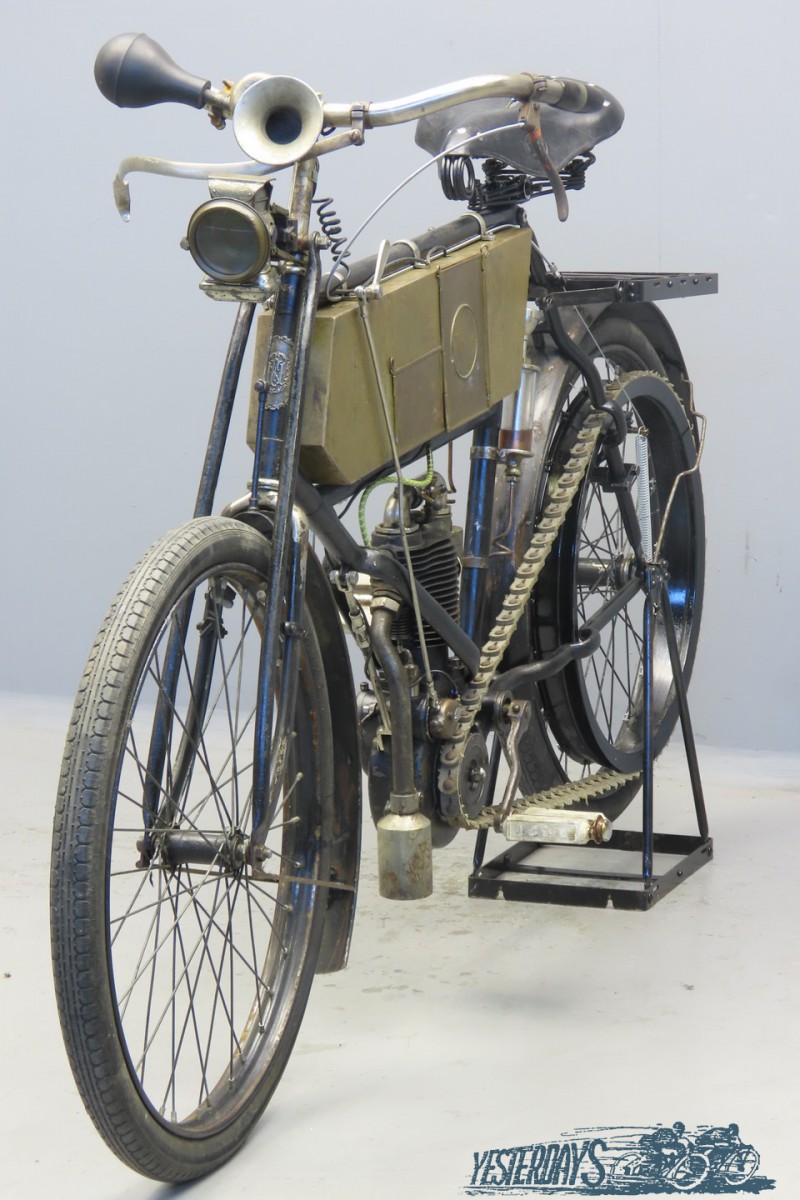 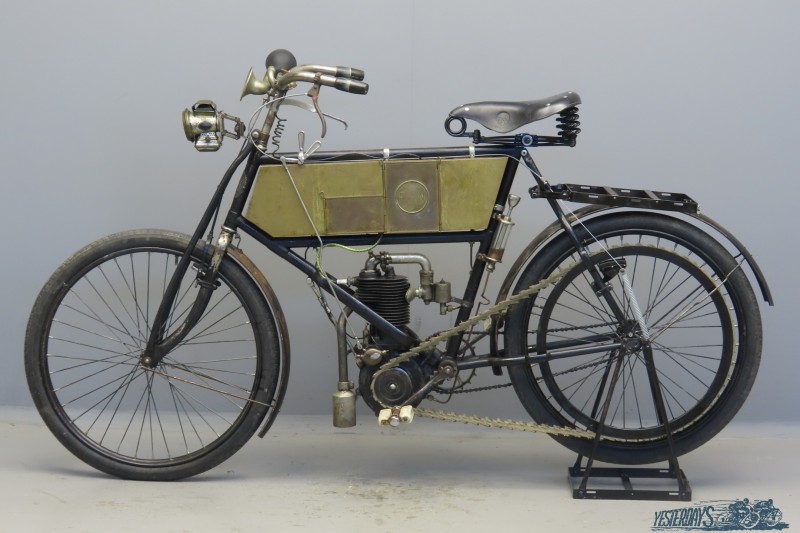 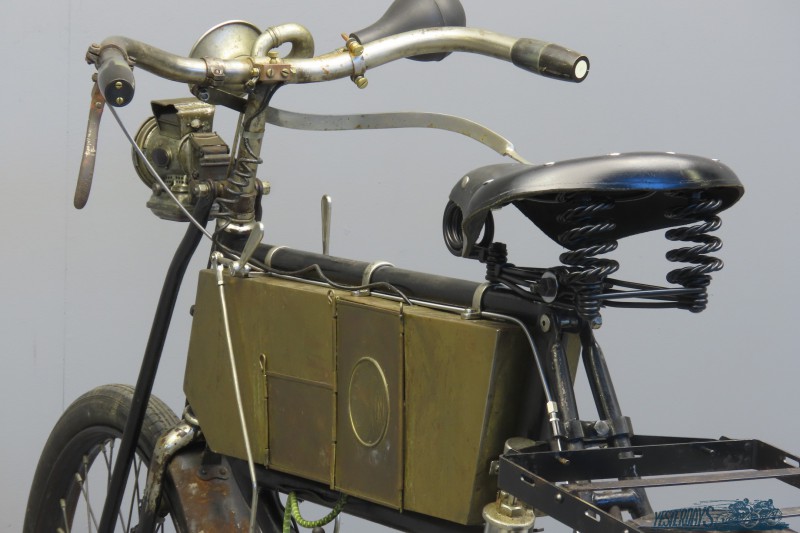 FN (Fabrique Nationale d‘Armes de Guerre) was a Belgian company established in 1889 to make arms and ammunition for hunting and warfare.
Soon it was decided that diversification of production was a good strategy to reduce the risk of peaceful times.
In the late 1800’s the production of bicycle parts was taken up; soon complete bicycles were added to the programme, followed in 1900 by motorcars.
At that time FN was already a major manufacturing firm, with premises taking up around 30 acres with 40,000 square metres of factory buildings.
By the end of 1901 the first motorized bicycle was presented, powered by a 133 cc clip-on engine.
It got the nickname “little donkey”. It was followed in 1903 by a 188cc model.
Early in 1904 the capacity was enlarged to 300 cc. From 1905 on the four cylinder was catalogued and the single was further developed as a light model.
The popularity of FN motorcycles is shown by the high sales figures: between July 1902 and July 1904 some 6,000 machines were sold.
The machine we offer here is in partly original and unrestored condition and features unsprung but strutted front forks, battery-coil ignition and FN spray carburetor.
The oil is carried in a transparent pump and is, according to the handbook, sufficient for a distance of 50km.
The cap on top of the pump can be taken off if an new supply of oil is needed.
For more convenient use in veteran club rallies the standard flat belt drive system has been exchanged for a somewhat later V-belt arrangement, which is much less prone to slipping.
The original pulley set for flat belt drive comes with the machine.
Rear stand and luggage rack are fitted and accessories include a period Lucas “Silver King” oil lamp and bulb horn.