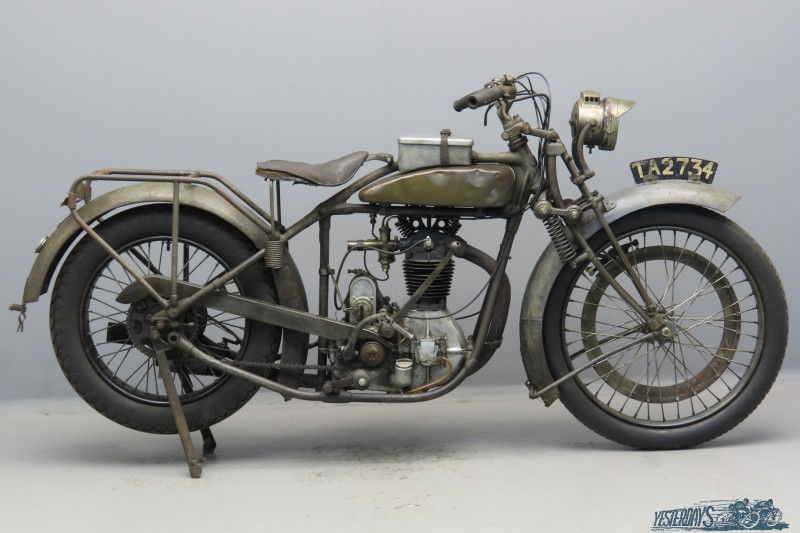 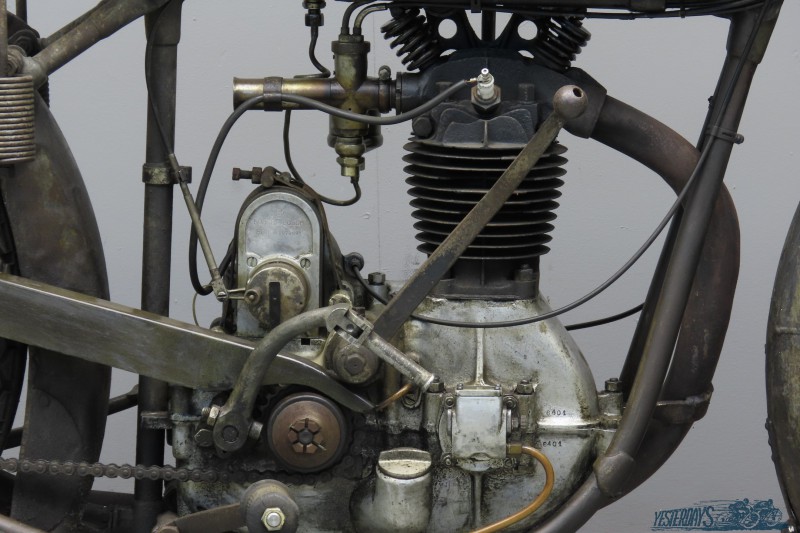 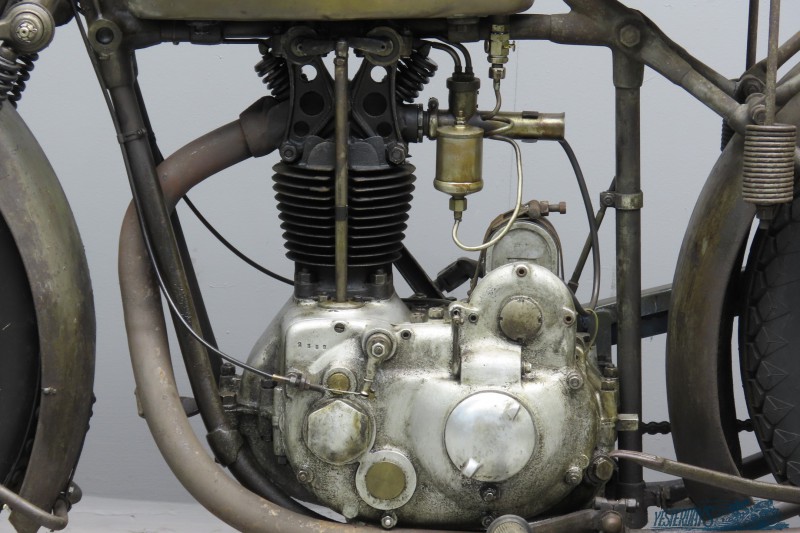 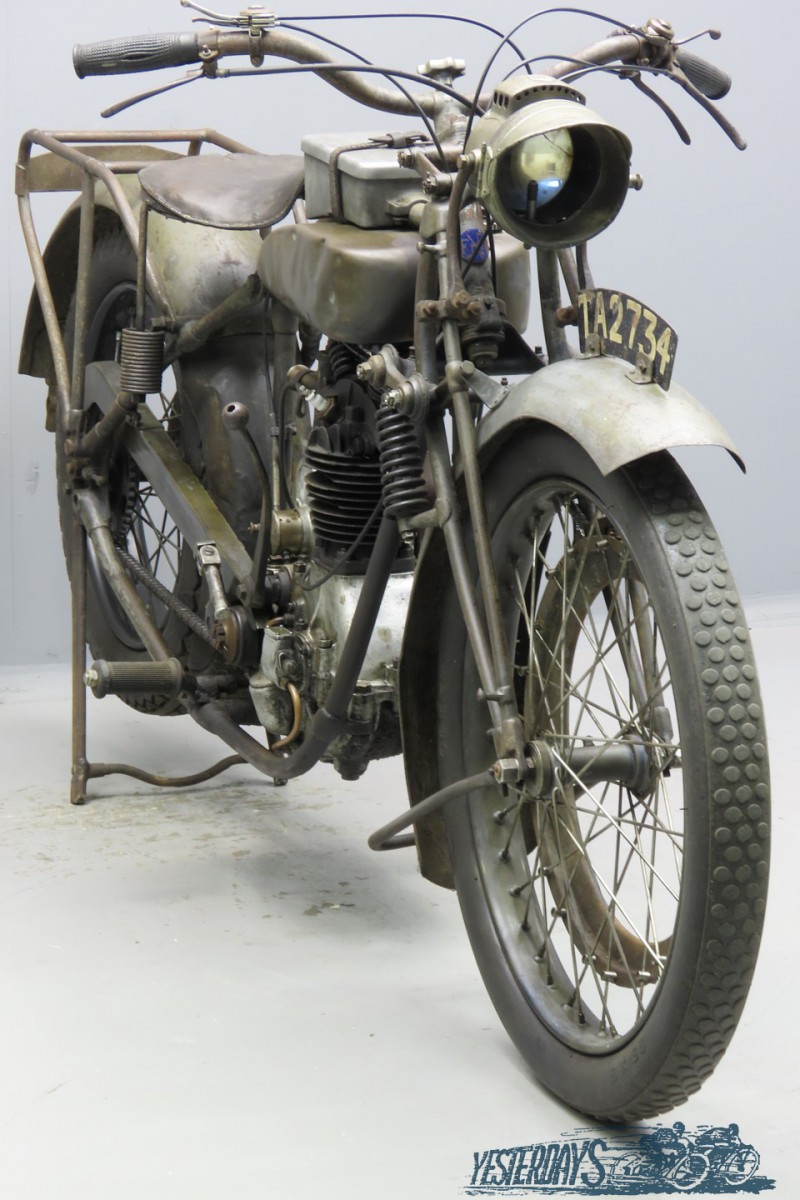 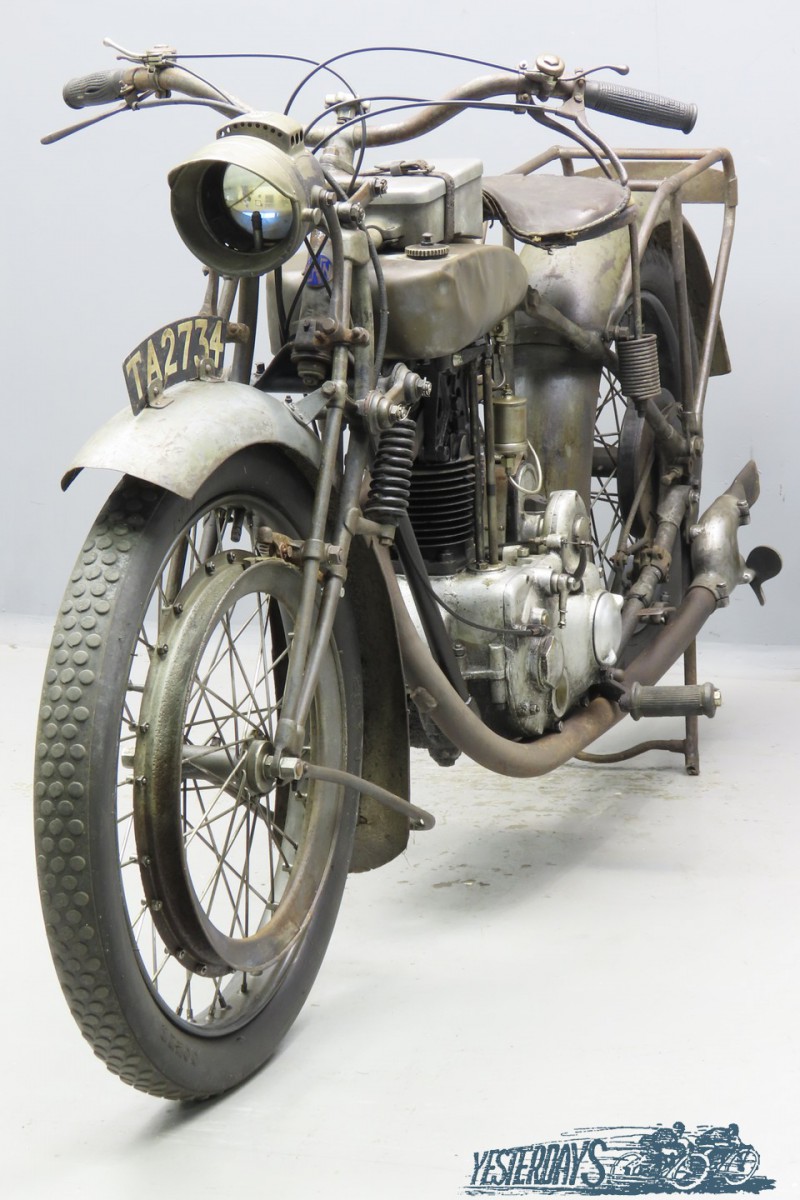 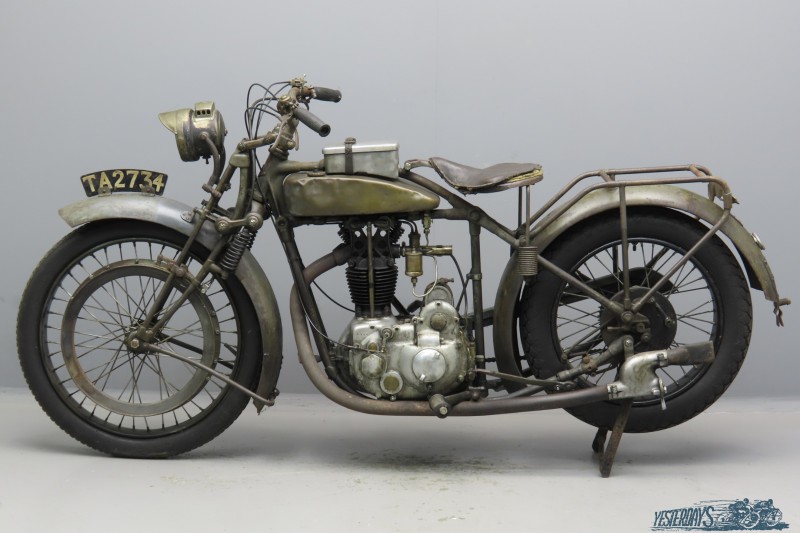 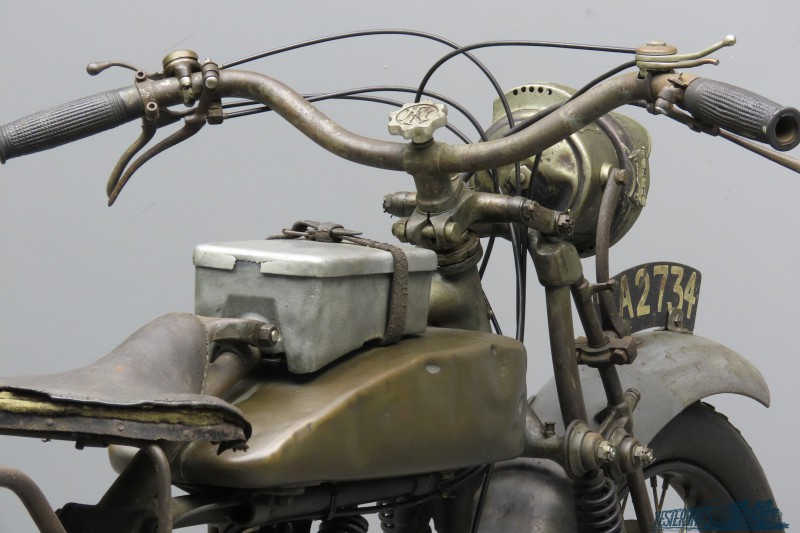 At the end of 1923 FN marketed a 348cc single cylinder ohv with unit construction engine and horizontally split crankcase.
This model, the M60, had bore x stroke of 74x81mm and was the start of a successful new line of models in a period in which the heavy and expensive four cylinder was quickly losing ground.
Two years later a bigger 500cc brother was brought out, the M 67 with bore x stroke dimensions of 85×87 mm.
The 1924 M60 had leaf spring front suspension and single plate clutch, from 1925 Druid-type front forks and multiplate clutches were employed.
The 1925 model was available in three versions.
First there was the “Standard” with 28 x 3 or 26 x 2½ tyres, a weight of 125 kg and a top speed of 85 km at a price of 4700 Francs.
For 5300 Francs one could buy the “Sports” version that had 26 x 2½ tyres, narrow mudguards and a tuned engine.
This model weighed 120kg and had a top speed of 100km. The third type was the 130 kg “Confort” that cost 5125 Francs, had balloon tyres and aluminium footboards and could reach a top speed of 80km.
The M60 was a light and agile machine and the works engineers managed to develop some racing versions that set no less than 17 world speed and endurance records on the Monza racing course in August 1926.
The last M60 models were built in 1927; during the production period in all 4765 M60 machines left the factory.

According to the surviving factory records, this FN M60 left the works on July 3th 1925.

The “Standard” we present here is original and unrestored. The front wheel is fitted with a 28 x 3 tyre, the rear wheel has a wider 3.85 x 18 type. For practical reasons the original dummy belt rim rear brake had been replaced by a more powerful and rain-resistant drum brake.
The machine comes with Bosch magneto, Amac carburettor and Brussels-made Willocq – Bottin front acetylene lamp.