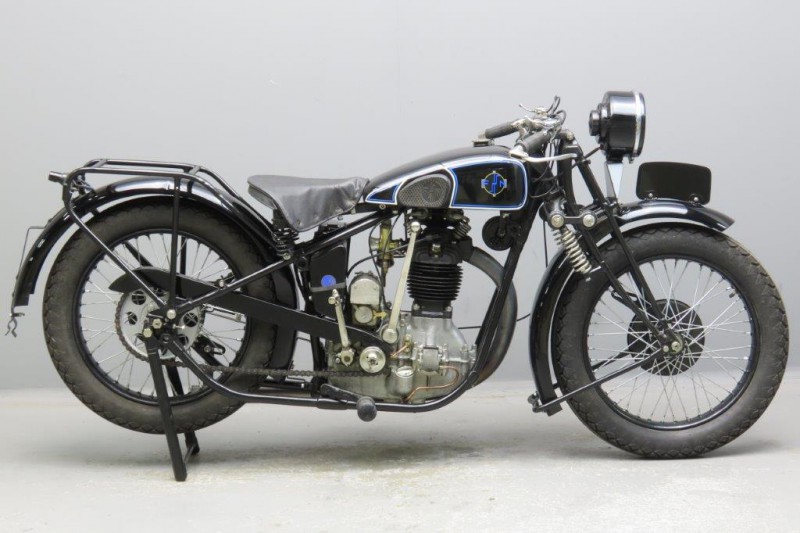 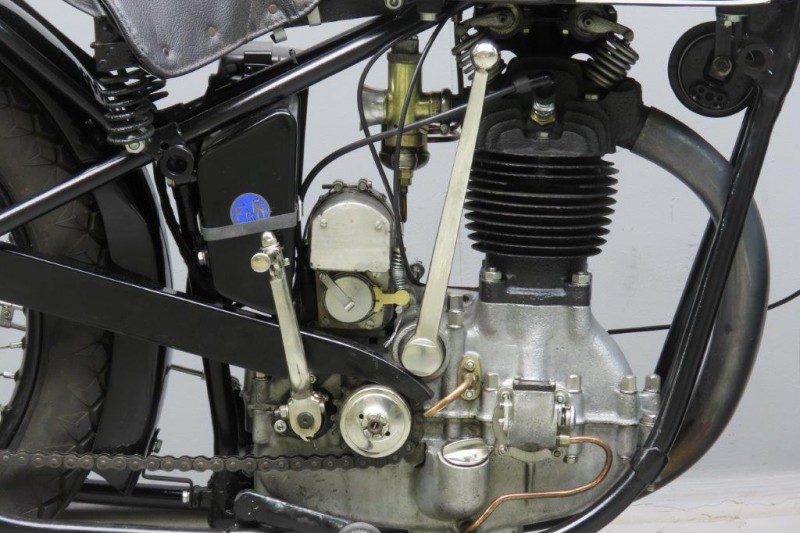 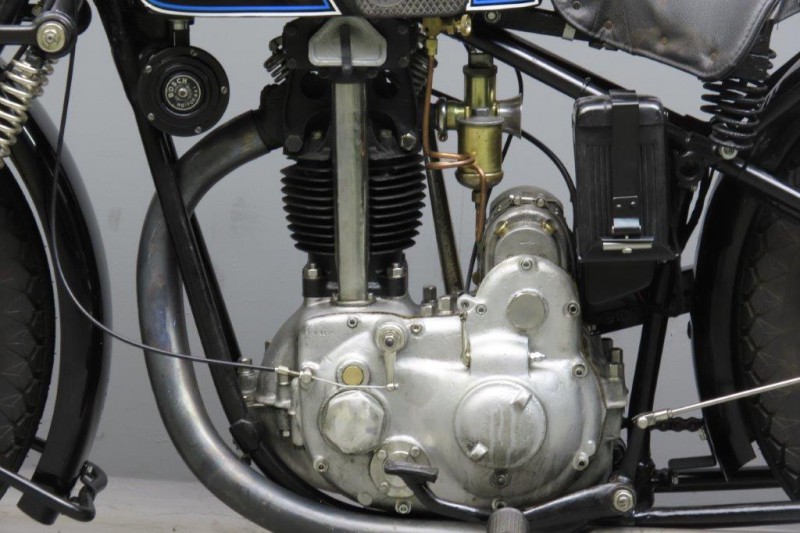 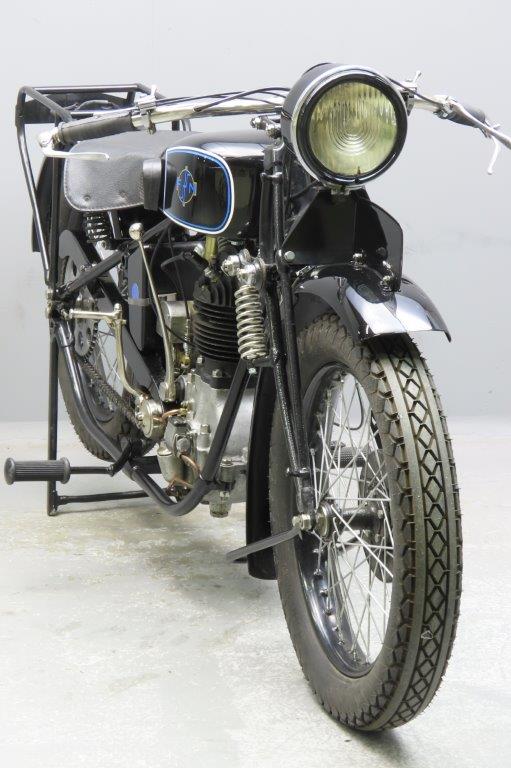 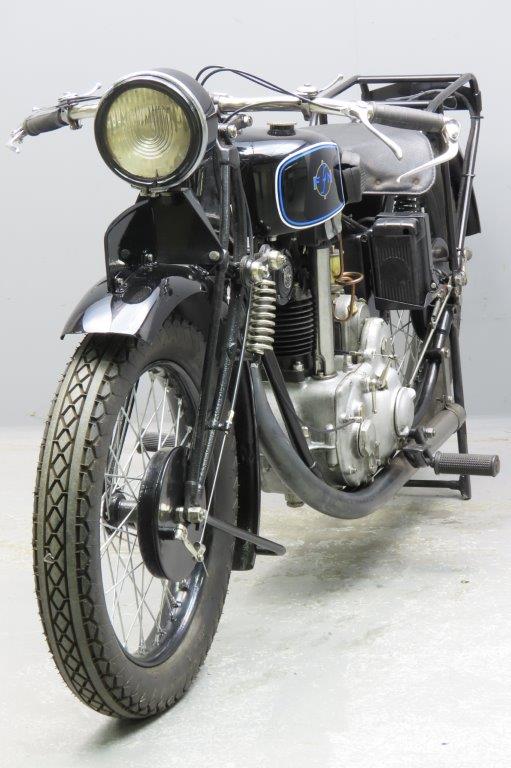 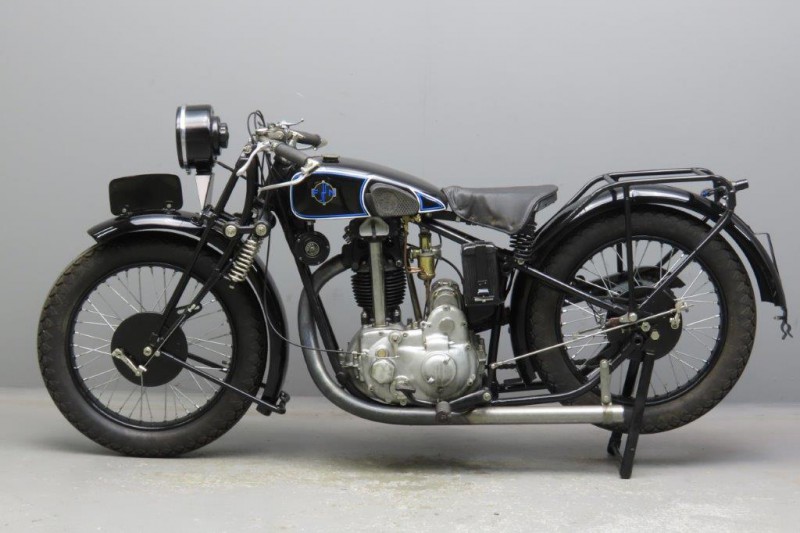 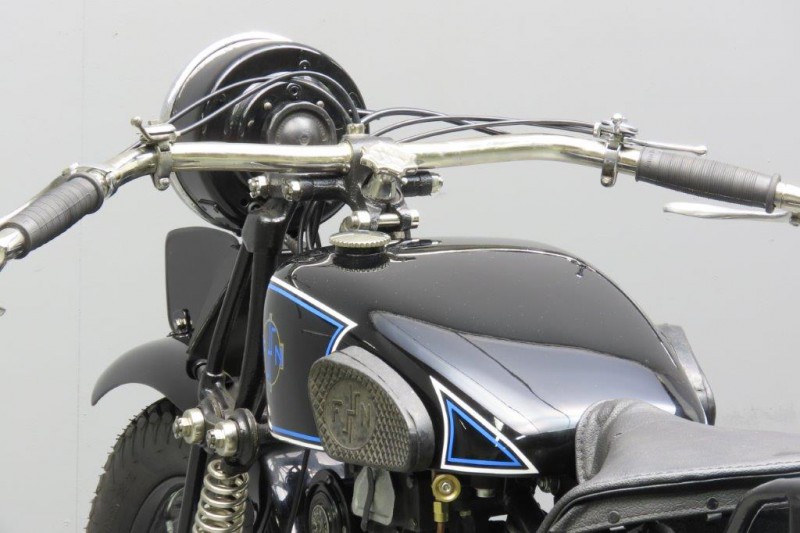 At the end of 1923 FN marketed a 350 cc single cylinder ohv with unit construction engine and horizontally split crankcase.
This model, the M60, was the start of a successful new line of models in a period in which the heavy and expensive four cylinder was quickly loosing ground.
Two years later a bigger 500cc brother was brought out, the M 67 with bore and stroke dimensions of 85×87 mm.
In October 1927 the M 67 B was brought out, with a new type of frame and a bigger petrol tank. In 1929 the M 67 “C” got enclosed pushrods and rocker gear and a more compact-shaped petrol tank.
In 1930 the “D” was brought out: the design department had come up with a less angular petrol tank.
There was a choice between a standard model and a comfort model, the latter had bigger tyres, different handlebars and aluminium foot boards.
The M67 was very successful in sporting events, it set many speed records in the late twenties.
The Depression years were very hard for the factory: in 1932 the total production amounted to 3,263 machines, less than half of the production of 1931 and 1933 was even worse with only 1,742 units produced.
The M 67 lost its status of top model in 1934 when its successor, the venerable M 86, was introduced.
Production ended around 1935.
The M 67 with a weight of 140 kilos was a relatively light and agile machine with a top speed of about 110 km/h.
Standard petrol tank finish was black, optional was a chrome finish tank.
This sportsmen’s delight is equipped with Bosch electrics .