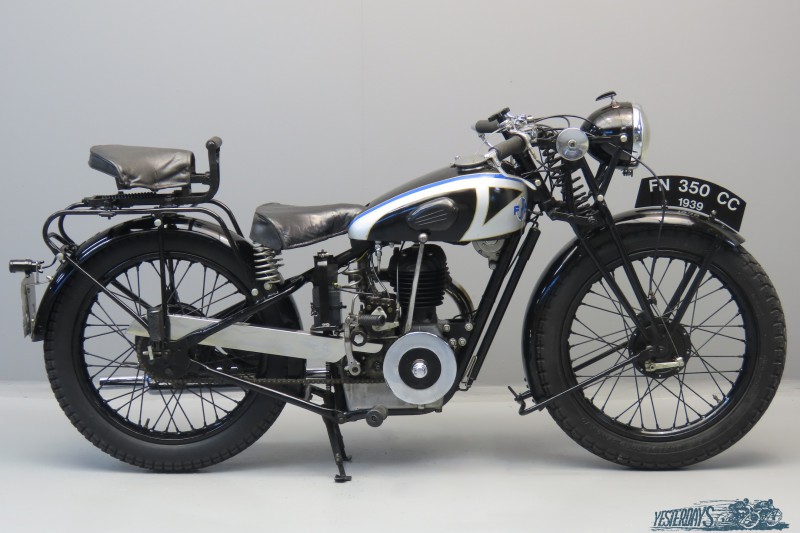 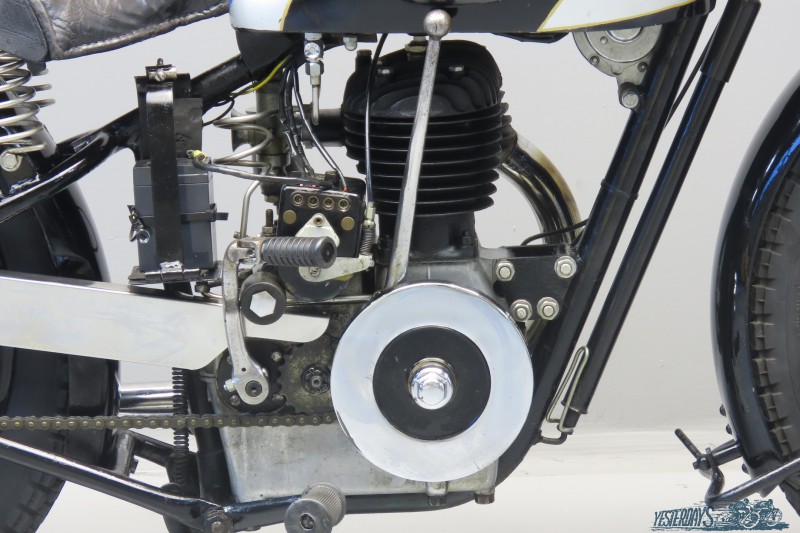 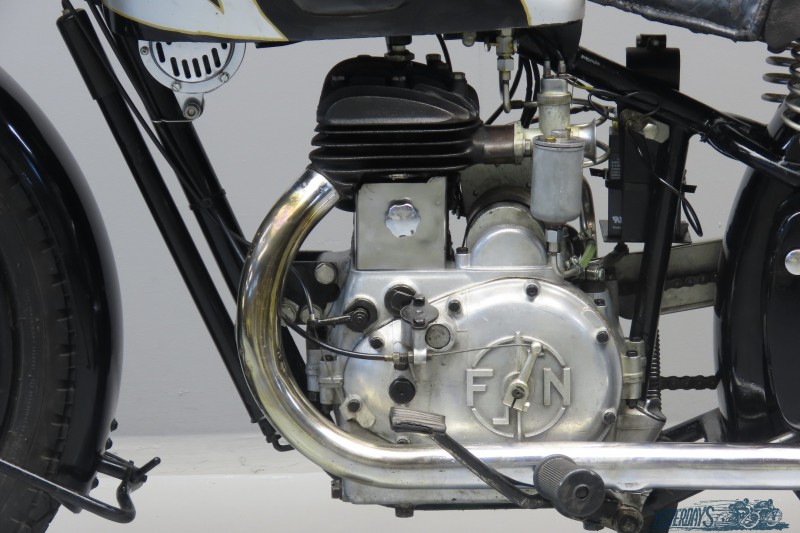 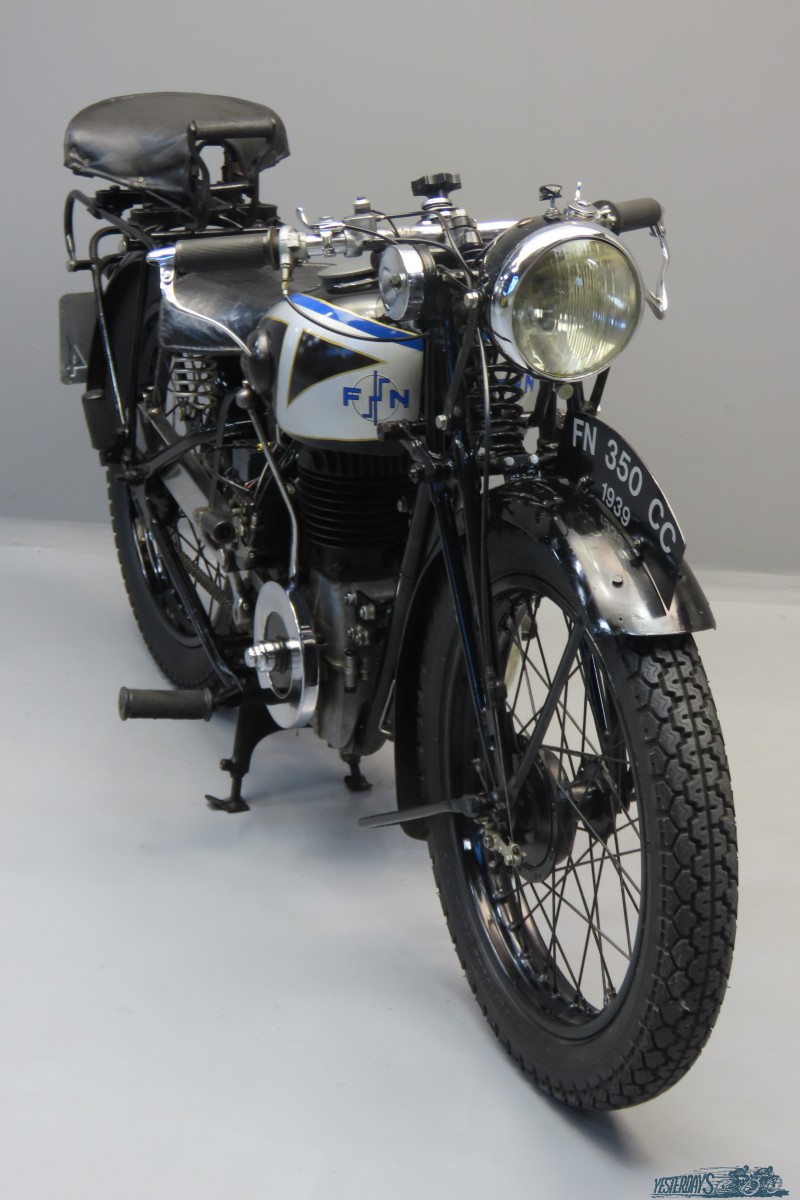 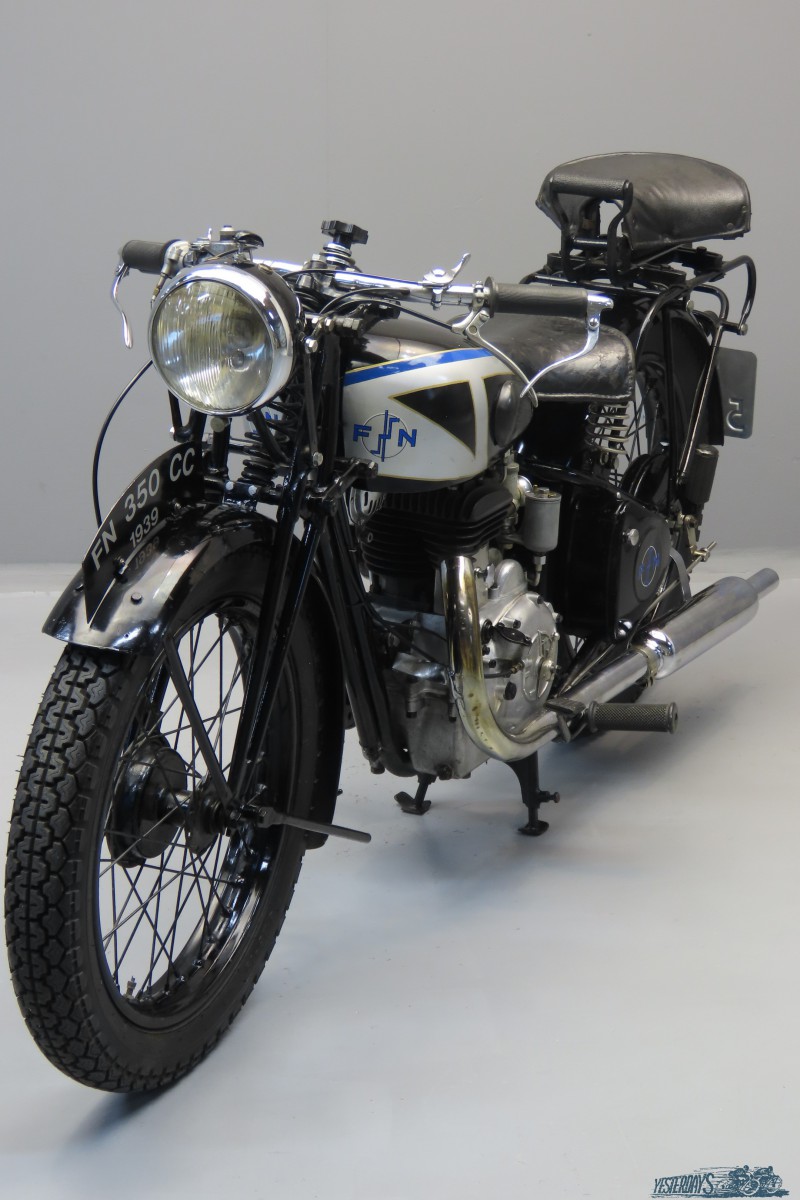 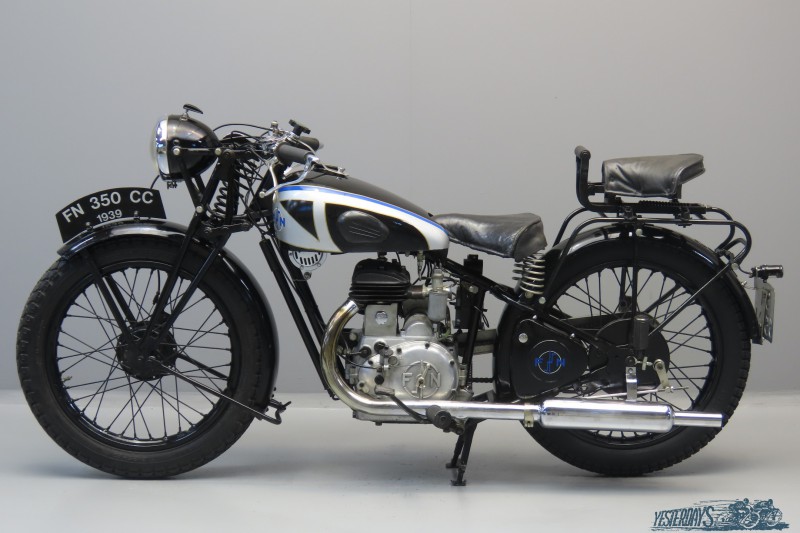 At the end of 1923 FN marketed a 350 cc single cylinder ohv with unit construction engine. This model, the M60, was the start of a successful new line of models in a period in which the heavy and expensive four cylinder was quickly losing ground. Two years later a bigger 500cc brother was brought out, the M67. Shortly after that four cylinder production was stopped altogether with FN. The ohv singles were very successful, but the factory realised they were mainly appealing to the sporty type of rider so it was decided to produce a side valve unit construction model as a utilitarian type of machine. This new model, the “M70”, had bore/stroke dimensions of 74×80.5 mm, unit construction engine and 3 speed gearbox. The external flywheel of the early models was coloured red, hence the model’s nickname of “Moulin Rouge”. To prove the model’s reliability two French army officers and a Belgian mechanic crossed the Sahara desert with M70s in April, May and June 1927. They covered 6300 km of desert without the machines failing them. A heroic performance, that brought much publicity to the factory and coined the name “Sahara” for the brave little machine.
The Sahara was a very successful machine: it was an easy starter, its reliability was high and it had a remarkable top speed of more than 90 km/ hour. In 1936 the new M71 was brought out. At first sight this new model could be seen as a make-over of the ubiquitous “Sahara”, but appearances are deceptive here. The engine was indeed of the “Sahara” type, but this reliable and economical engine was built in a new frame, an adapted version of the 200cc lightweight two stroke frame. This combination resulted in an ultra-light motorcycle that weighed less than 105 kilograms, had snappy acceleration and remarkably good road holding and manoeuvrability. The M71 could easily attain 100 km/h and was relatively cheap to buy. The advent of war would eventually stop the production of this very successful model.

The M71 was available in “Standard” and “Luxe” specification. The latter had chromium petrol tank and exhaust damper and was fitted with more substantial tyres. The standard model had pressed steel front forks, but for the Dutch market this model was equipped with the same tubular forks as the “Luxe”. This good-looking, reliable FN has been sold new in The Netherlands and is an older restoration. She comes with pillion seat, steering damper, tyre pump and current Dutch registration.