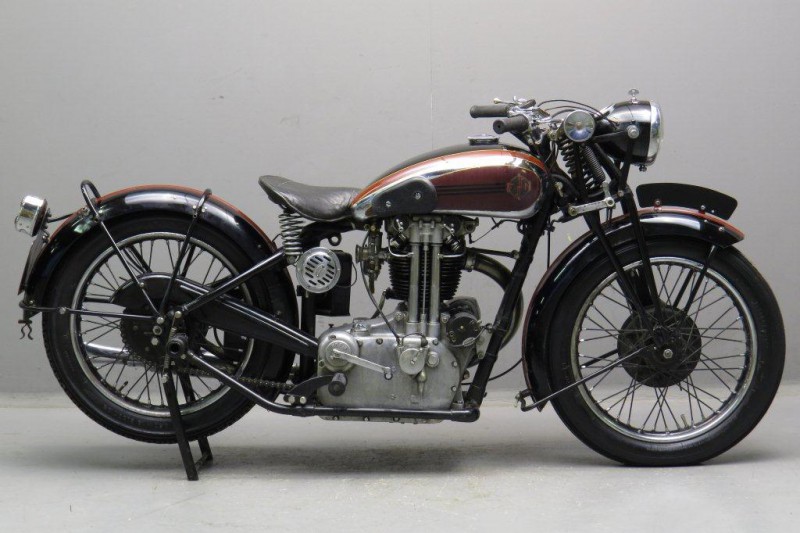 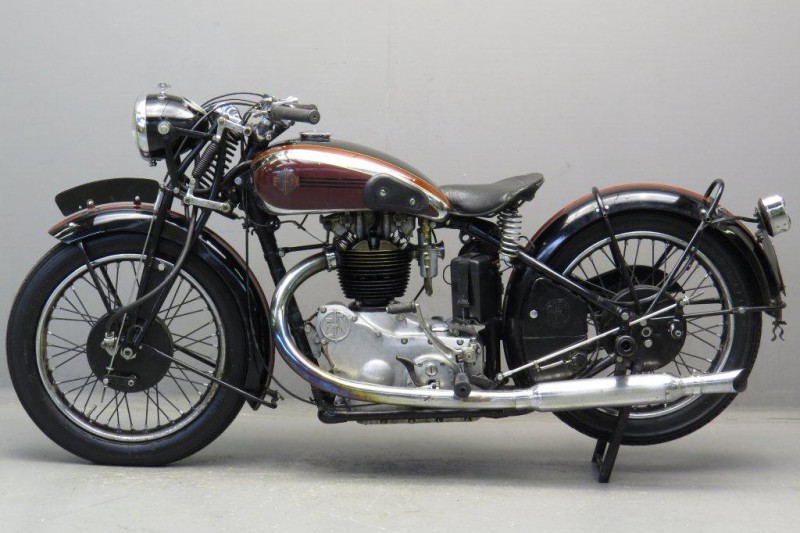 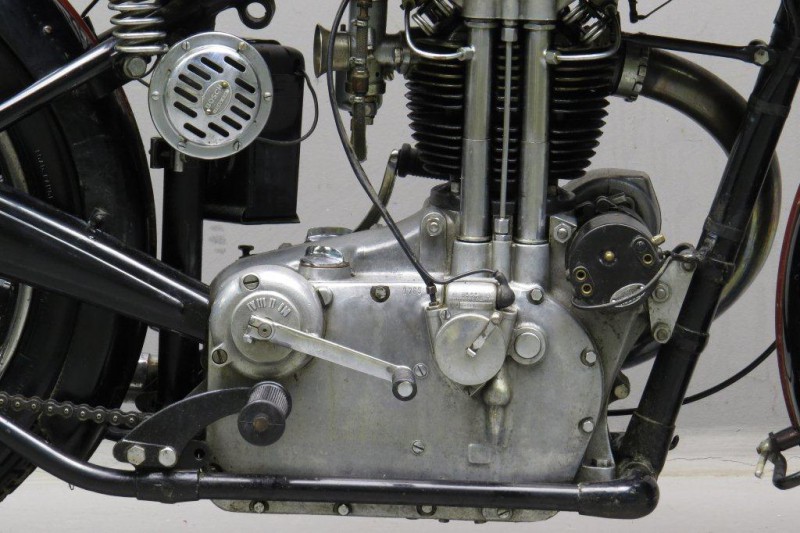 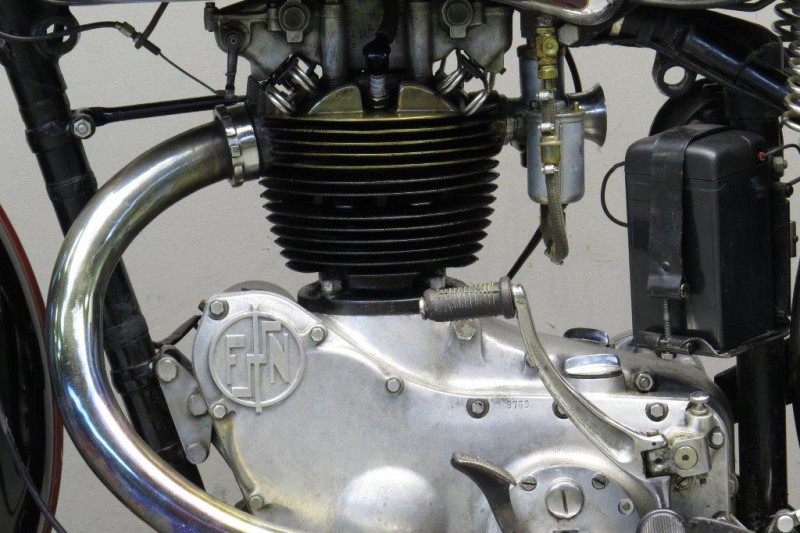 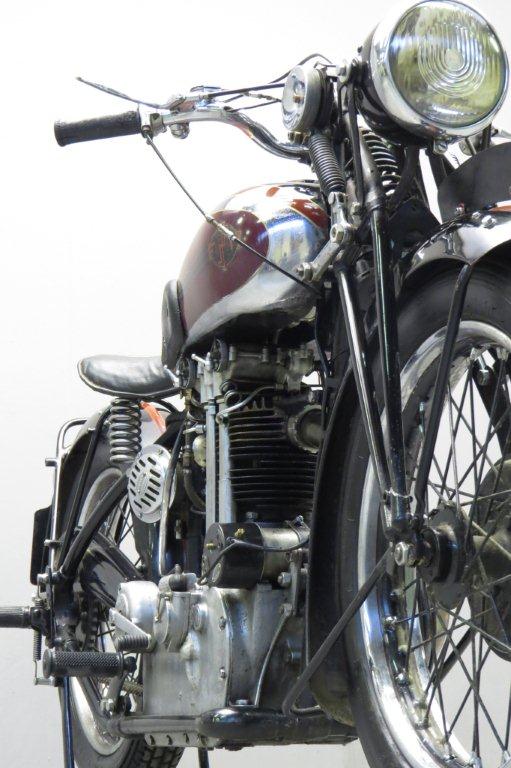 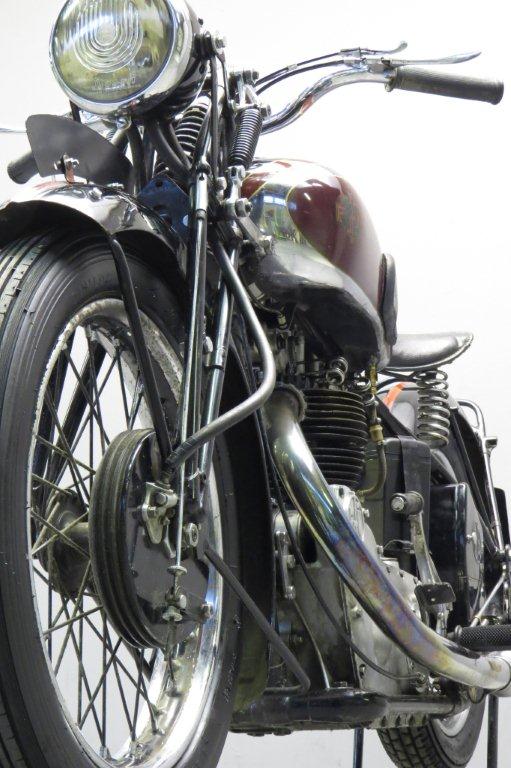 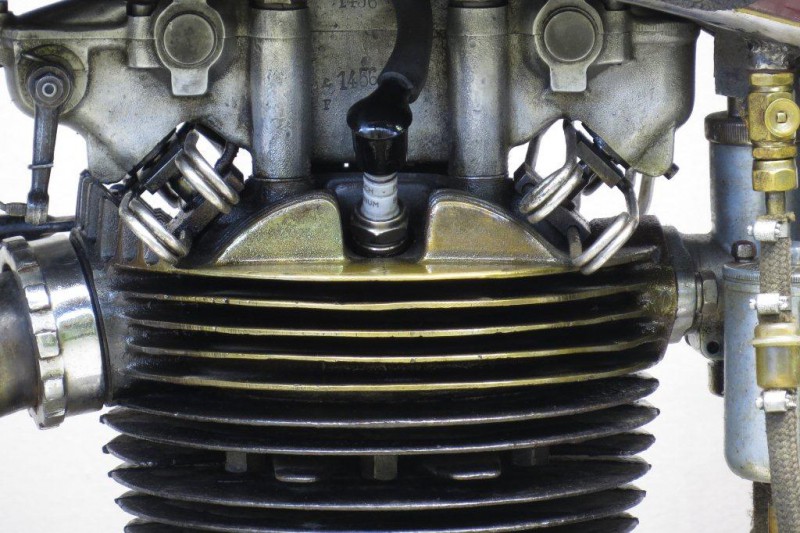 At the end of 1923 FN marketed a 350 cc  single cylinder ohv with unit construction engine.
This model, the M60, was the start of a successful new line of models in a period in which the heavy and expensive four cylinder was quickly loosing ground.
Two years later a bigger 500cc brother was brought out, the M 67.
Shortly after that four cylinder production was stopped altogether with FN.
The ohv singles were very successful; the most charismatic was undoubtedly the M 86, which was introduced in 1934.
In standard form the M 86 had a bore x stroke of 80 x 99 mm, giving a displacement of 497 cc.
The unit construction engine had a bronze cylinder head and hairpin valve springs, 4 speed foot change gearbox and Bosch electrics.
Top speed was about 130 km/hour.
A 598  cc version with single port head was also available.
This had bore x stroke dimensions of 85×105 mm.
The M 86 was also made in Grand Prix  and army versions.
This older restoration is in excellent shape.