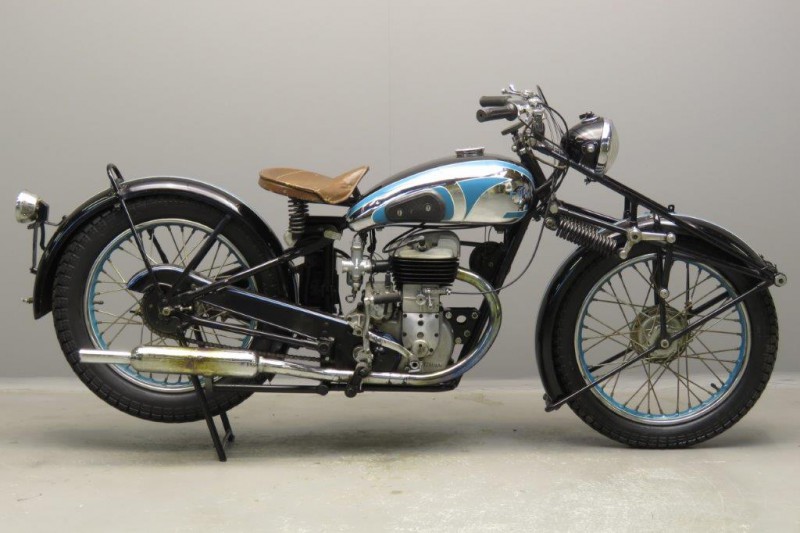 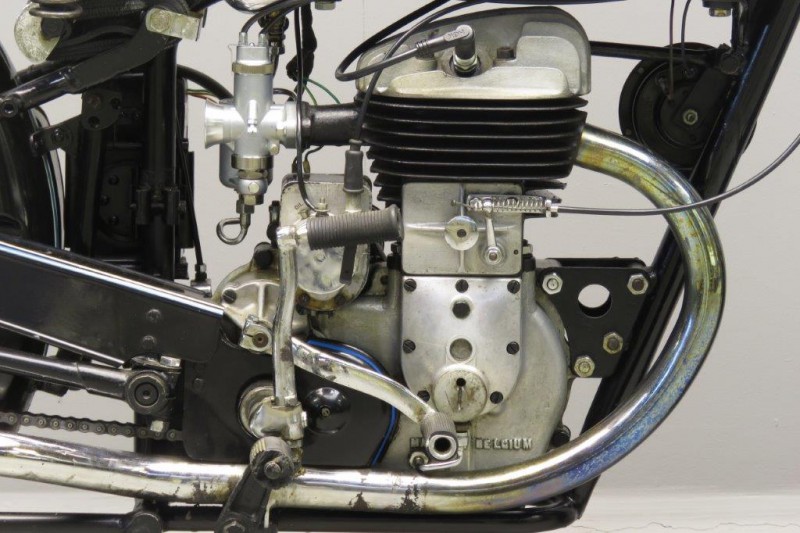 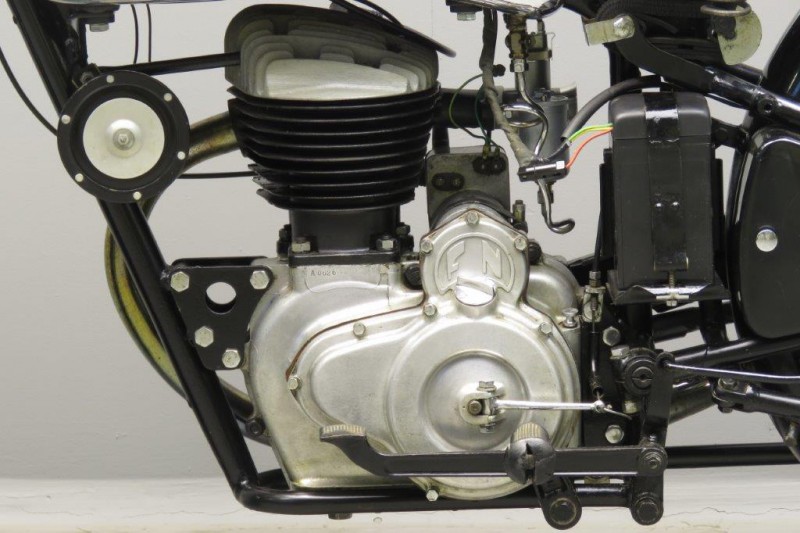 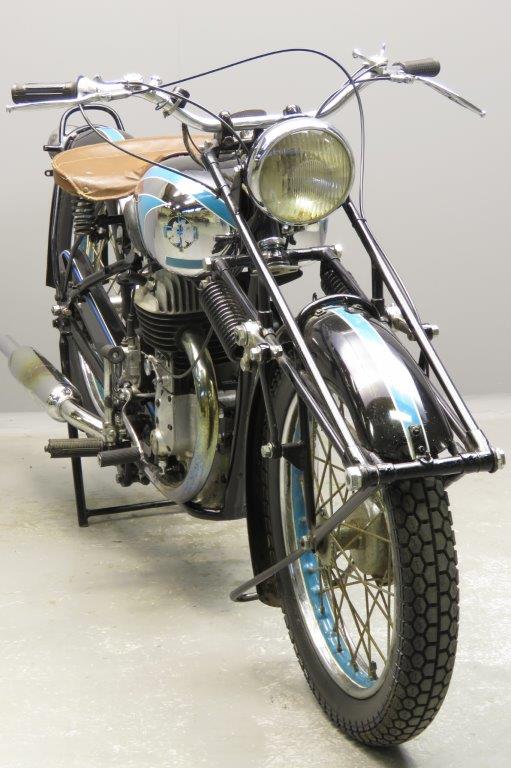 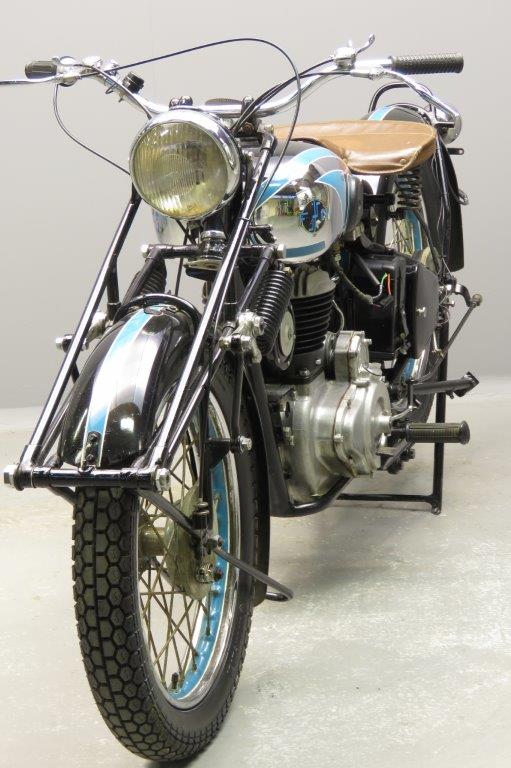 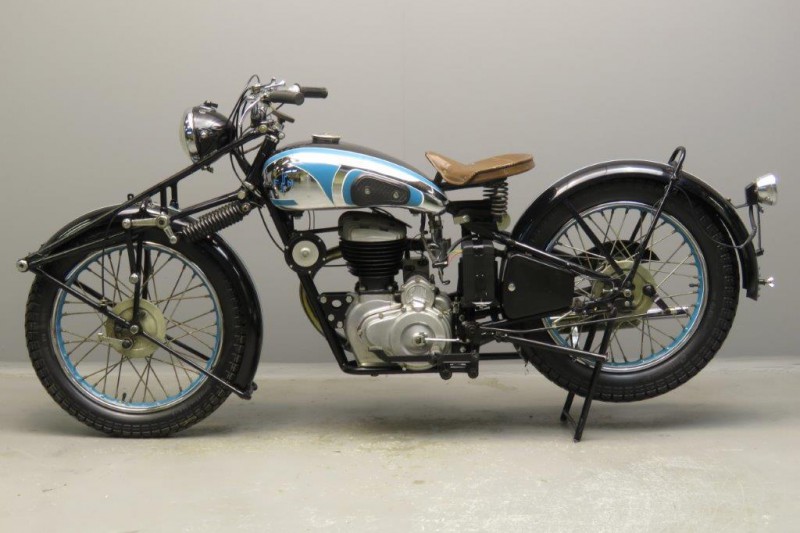 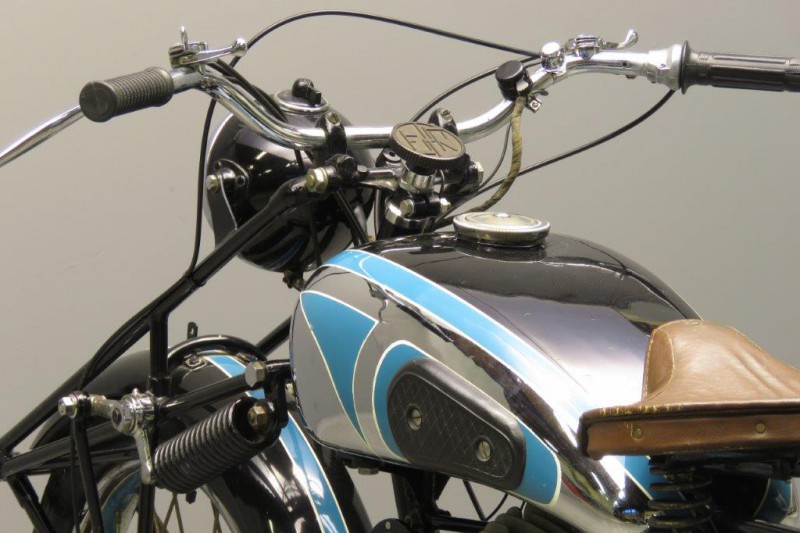 When FN, ( Fabrique National d’armes de Guerre), presented the M 13 at the motorcycle exhibition in Paris at the end of 1946, that M13 model – and not just because of its appearance – received a lot of attention.
Because although the appearance of the audience was rather surprised, the quality of the FN product was convincing again.
The somewhat bizarre looking front fork suspension worked better than everything else on the market at that time, because it works better to pull a wheel over an obstacle than to push it over. The rear wheel suspension also attracted a lot of attention.
This works with a system with rubber bands, “elastics”.
The M 13 was offered with different engines.
First there was a 250 cc OHV and a 450 cc SV.
But soon she was available also with a 350 cc OHV or SV engine.
The M13 350cc sidevalve model presented here, is an older restoration, however she is still nicely presented and well running.