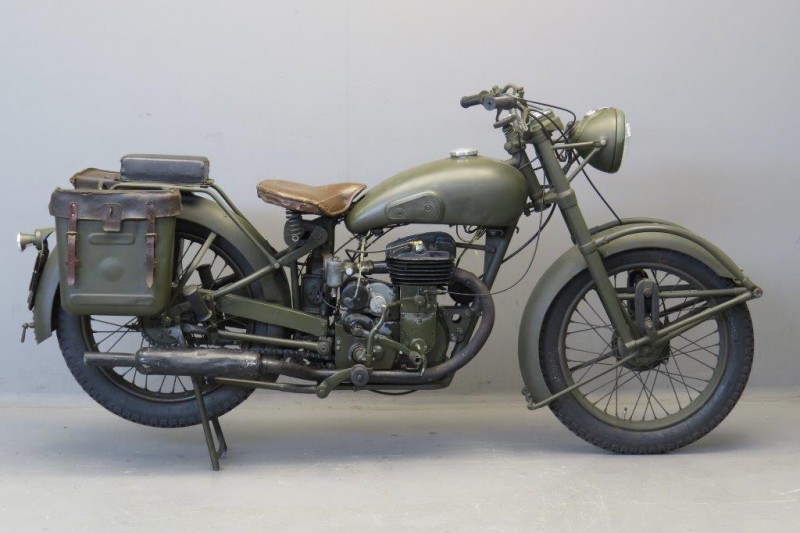 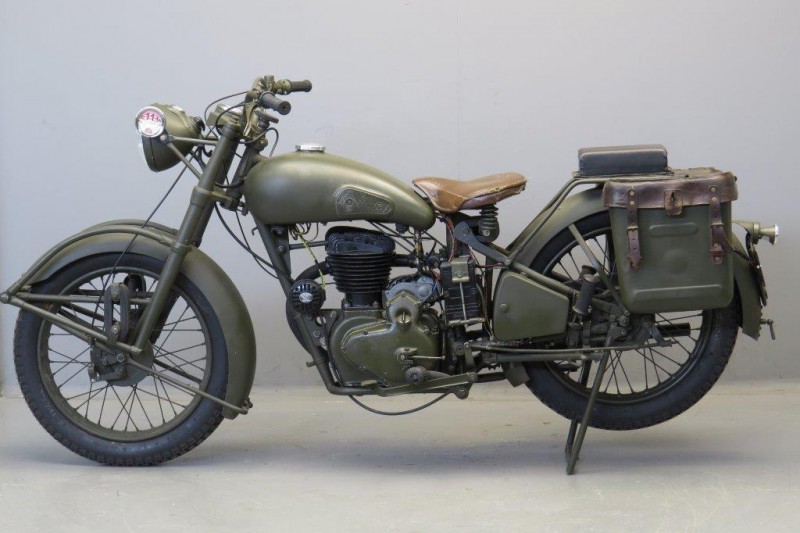 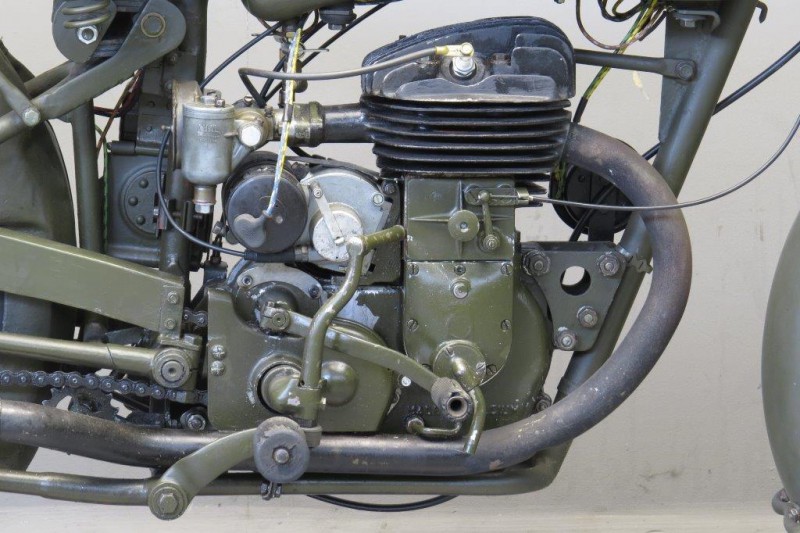 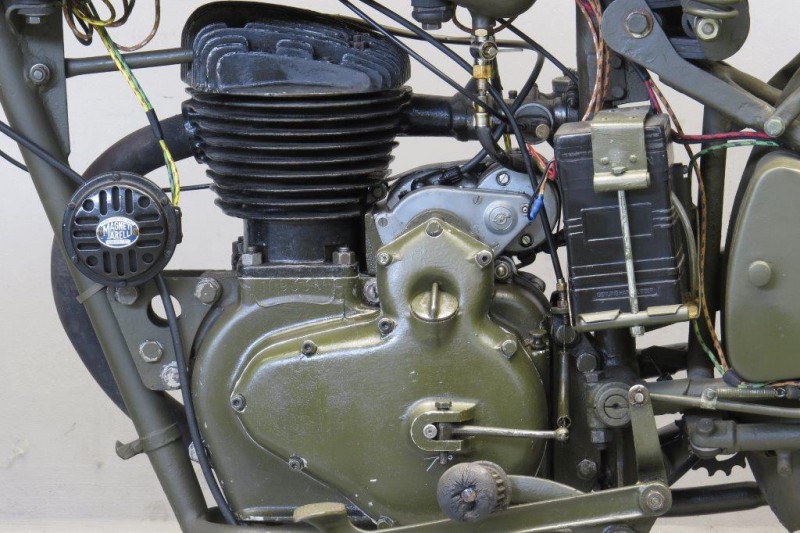 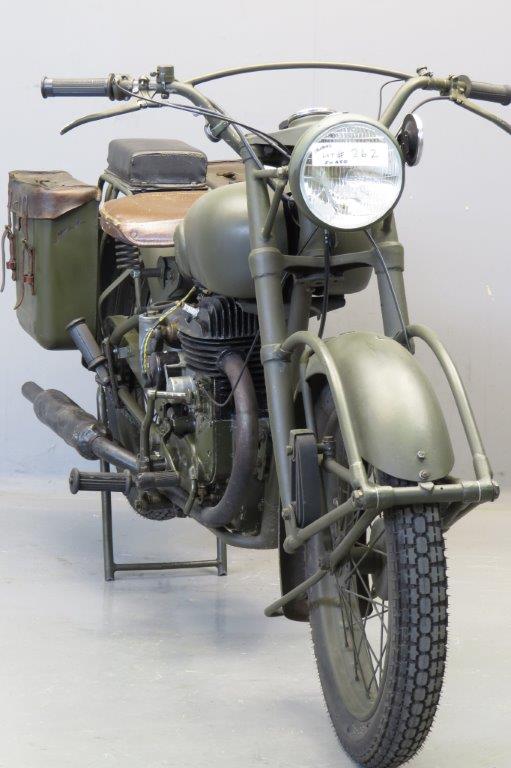 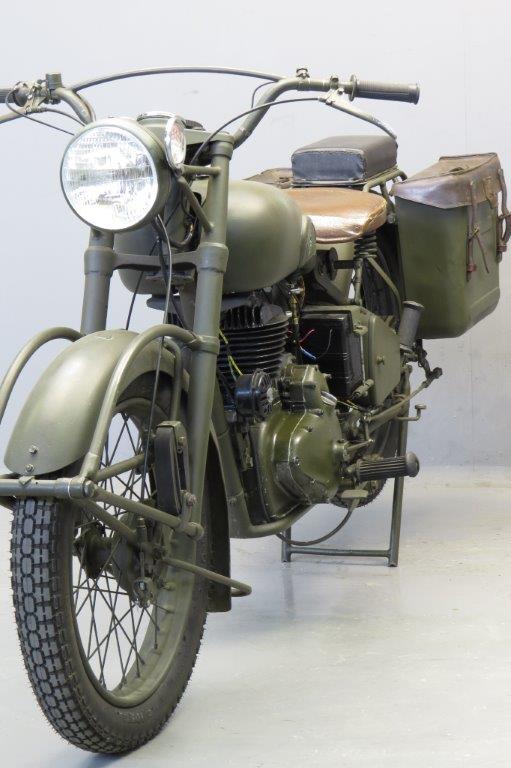 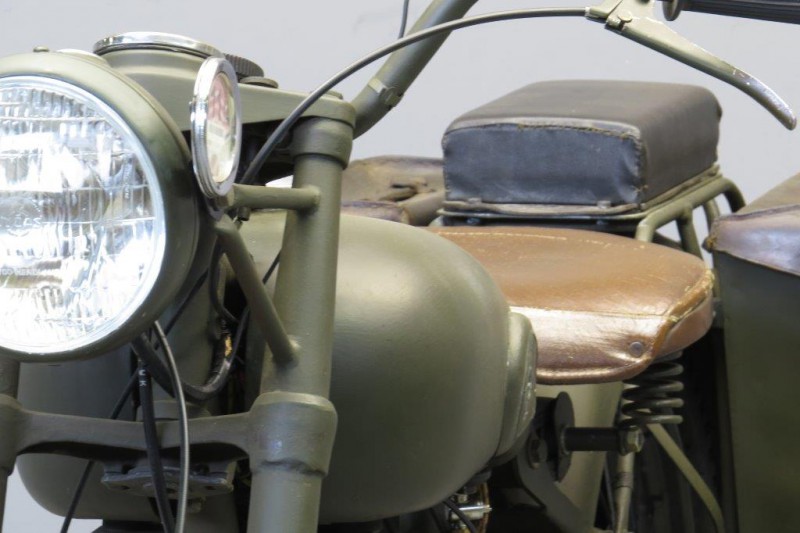 FN’s Model M13 was used by the Belgian military in this form, complete with rubber suspended front fork, from 1949 to 1951.
This particular machine is fitted with the original metal panniers complete with leather lids.
It was purchased and apparently, being in museum storage for some time.
Following purchase she was re-commissioning but it soon became obvious that a full strip-down would be required.
She received new gearbox bearings and engine main bearings, and  a new piston was fitted to the re-bored cylinder barrel.
The Lucas magneto and dynamo were fully reconditioned , and a full rewire carried out.
The clutch was relined, new tyres fitted and one of the brakes relined.
Following the work’s completion the FN was  road registered with the aid of a dating certificate detailing its supply to the Belgian military authorities in November 1951.