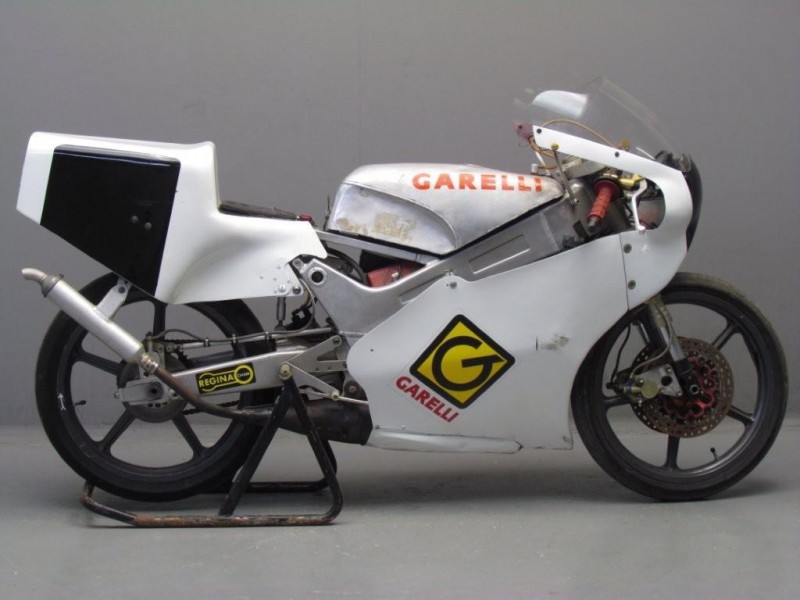 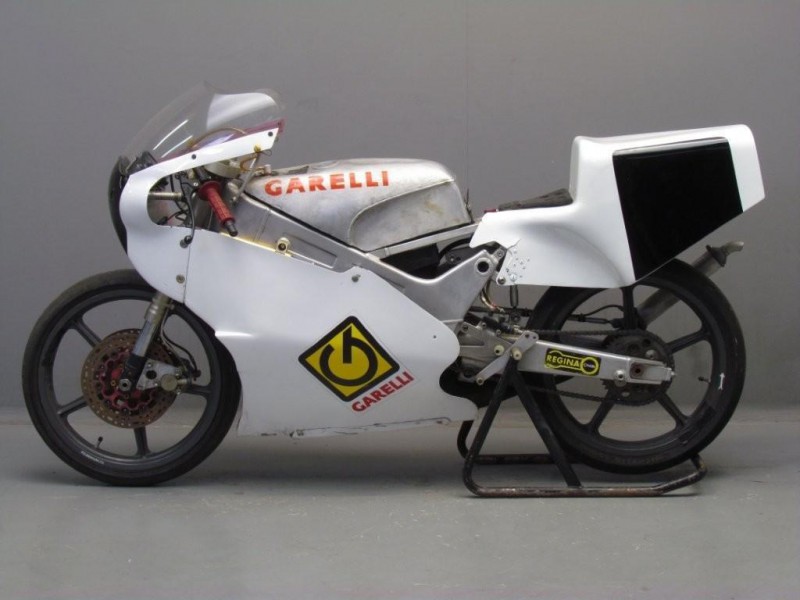 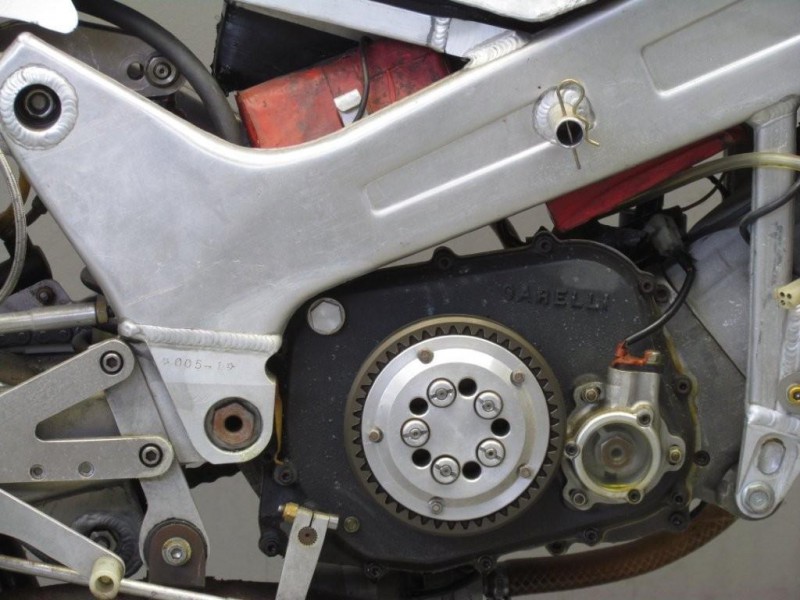 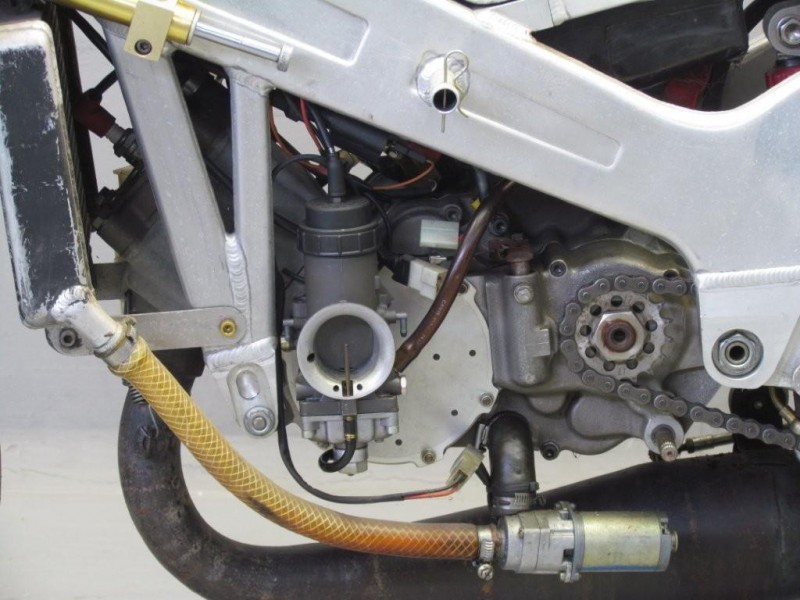 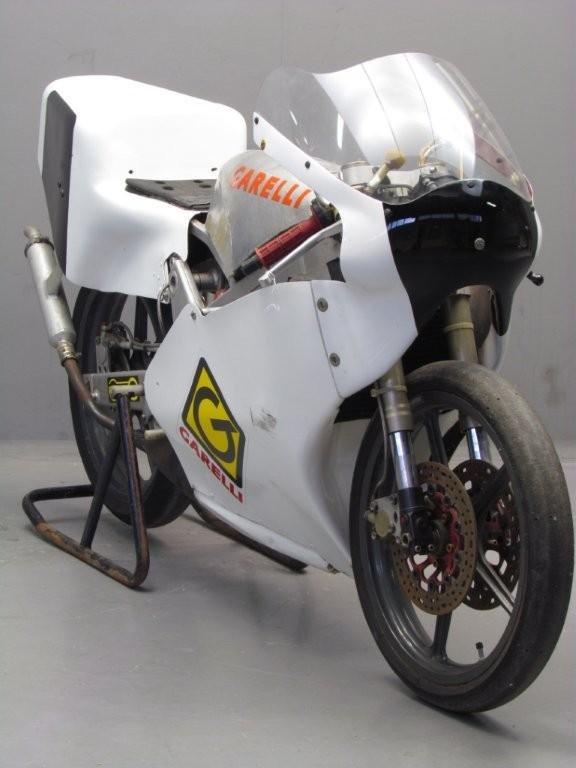 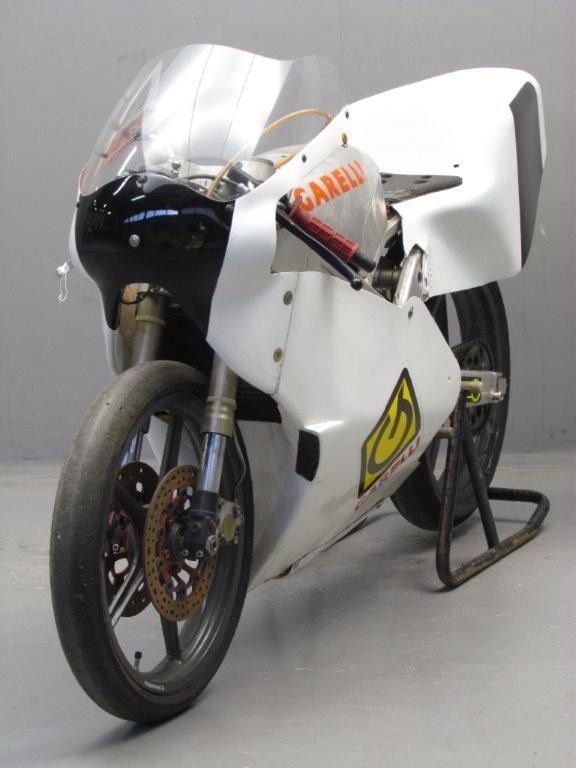 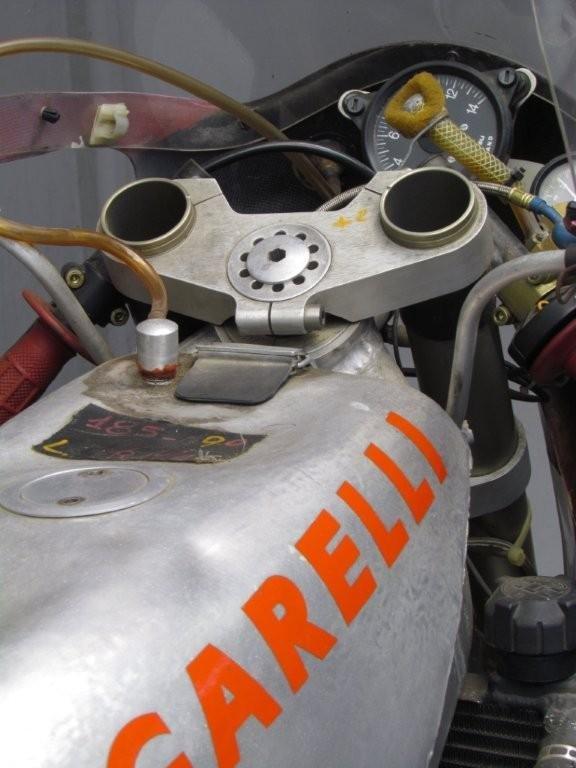 The machine offered here represents Garelli’s 1988 125cc single-cylinder Grand Prix racer
Just like that of Garelli’s ill-starred 250, the 125’s rigid monocoque chassis was a target of criticism.
The team tried a stock Honda RS125 twin-spar chassis at Assen and also a Moretti frame that looked a lot like a Yamaha TZ250 Deltabox. It is the latter machine that is offered here.
At the end of 1981 Garelli strengthened its racing department by recruiting Jan Thiel, a Dutch engineer and two-stroke engine expert, who had already enjoyed Grand Prix success with Jamathi, Bultaco, Piovaticci and Minarelli.
Nevertheless, the team’s No.1 rider Fausto Gresini was still not satisfied with the frame and designer Jan Thiel refused to have anything to do with the hybrids, leaving the team in disarray.