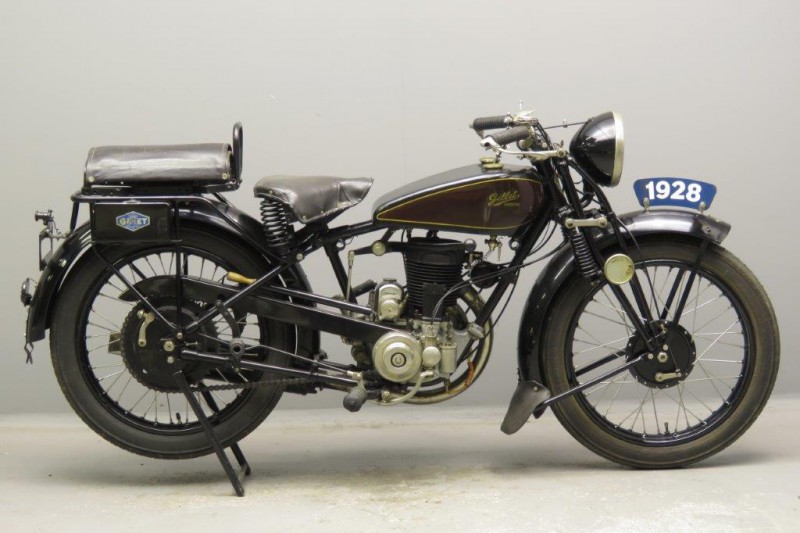 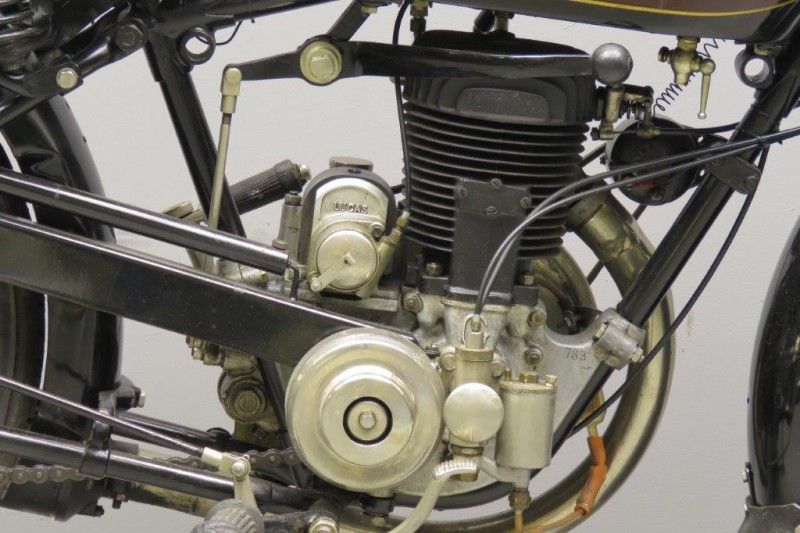 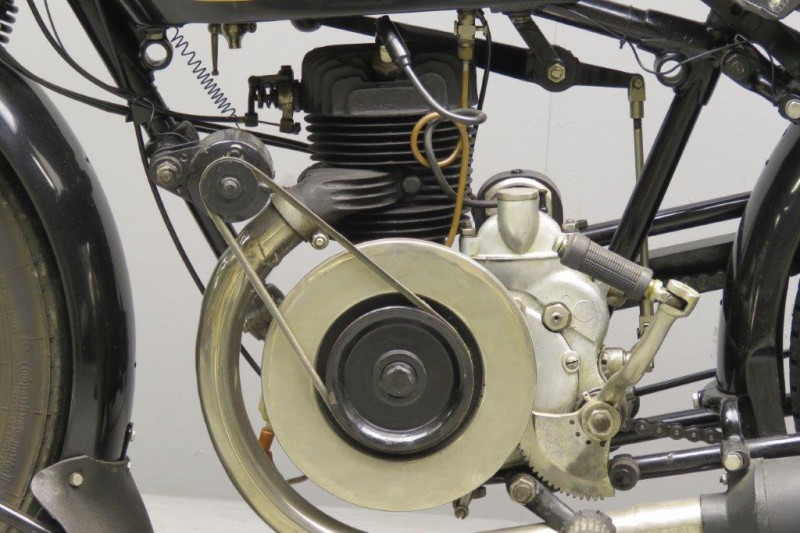 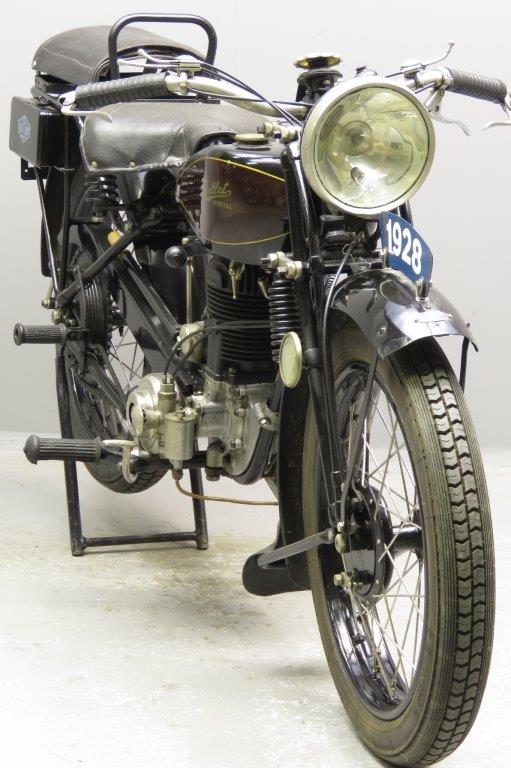 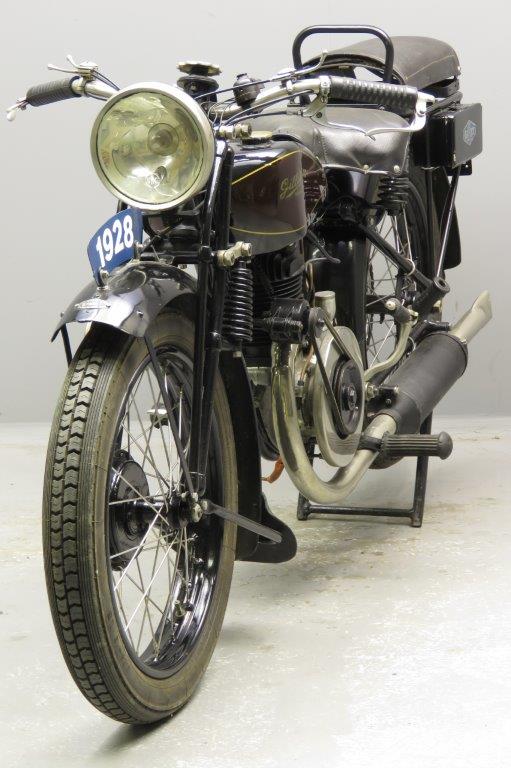 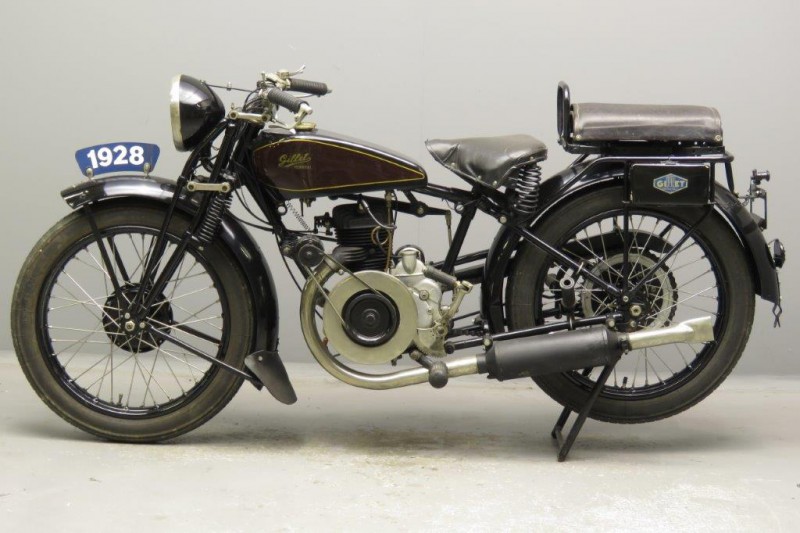 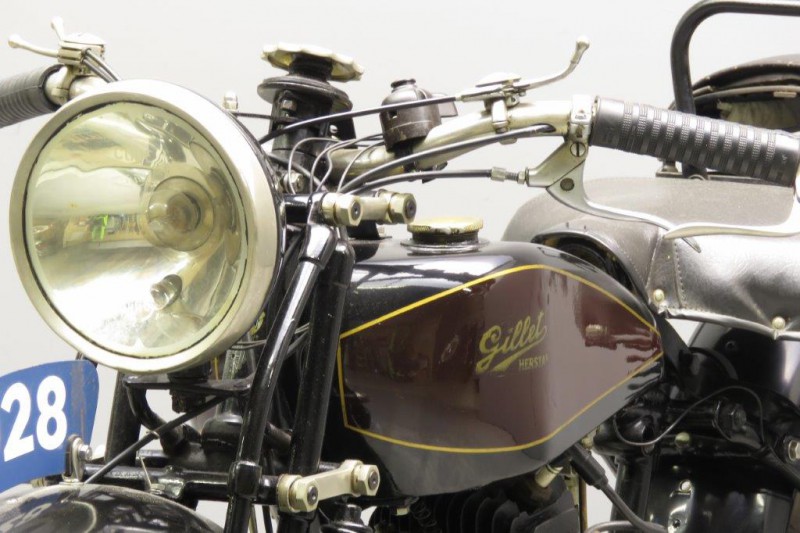 The first Gillets -built in Herstal near Liege, Belgium- were brought out in 1920 and were unit-design 300cc two strokes with belt drive.
The design was simple, rugged and reliable and soon the company was an established and successful motorcycle manufacturer.
In 1922 the capacity was brought to 350 cc and a switch to chain transmission was made.
This engine, with regular design updates, would be used in Gillet machines till 1939.
The straightforward design gave the buying public what it was asking for: a sporty, affordable, reliable and relatively powerful motorcycle, well-suited for both city use and long distance touring.
The two-strokes were very prominent in races and many successful long-distance runs were made.
In 1924 French journalist and long-distance rider Robert Sexé made the adventurous return journey from Paris to Constantinople on a Gillet and in 1925 he travelled from Paris to Moscow and back on a similar machine.
These feats were widely publicised by the company and they earned the Gillet its name of honour “Tour du Monde”.
The compact unit-construction engine has bore x stroke dimensions of 79,5 x 70 mm and a rotary intake system.
Note the typical large outside flywheel and the low-placed carburettor. Gillet used, as may Belgian manufacturers did, English proprietary parts on their models: this machine is fitted with Lucas magneto, Binks carburettor and André steering damper.
This interesting and practical machine is an older restoration.