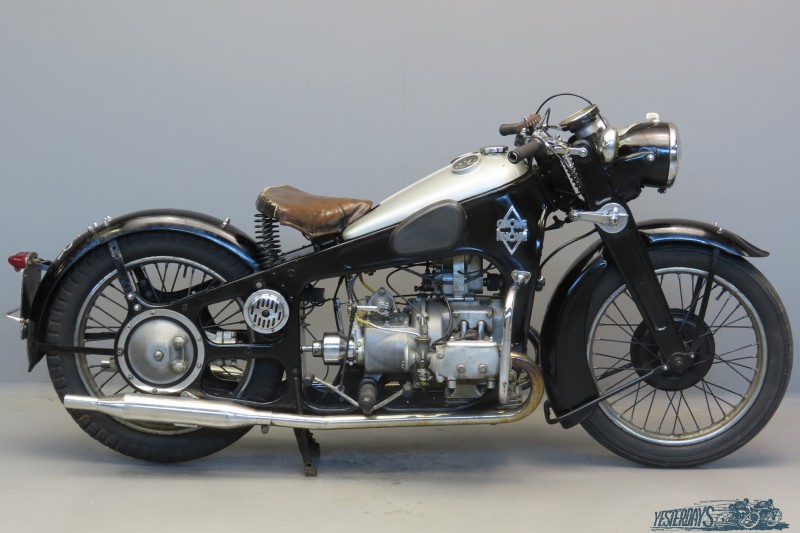 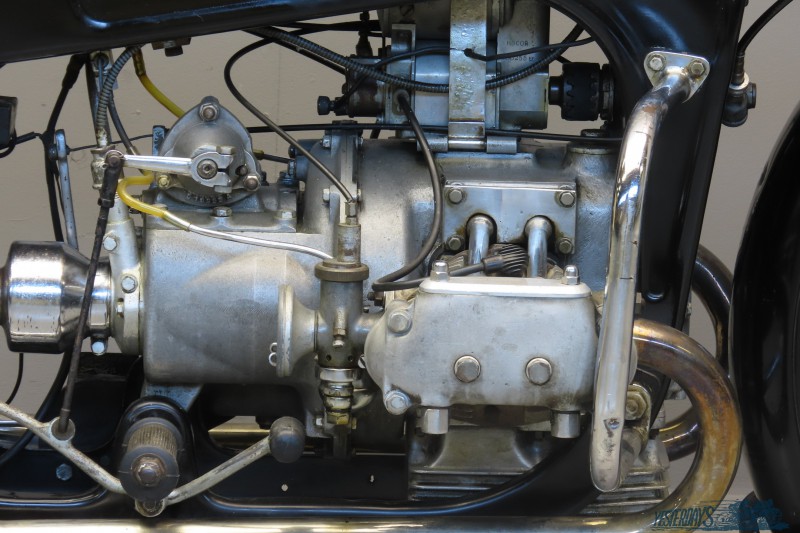 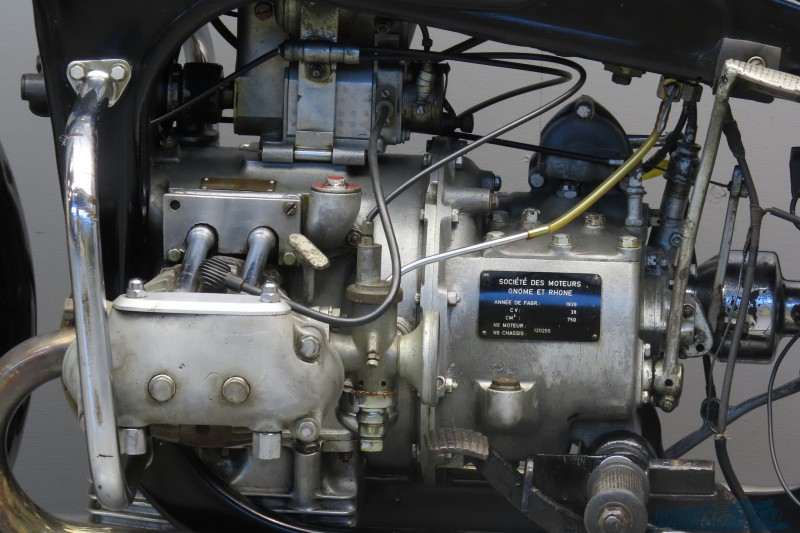 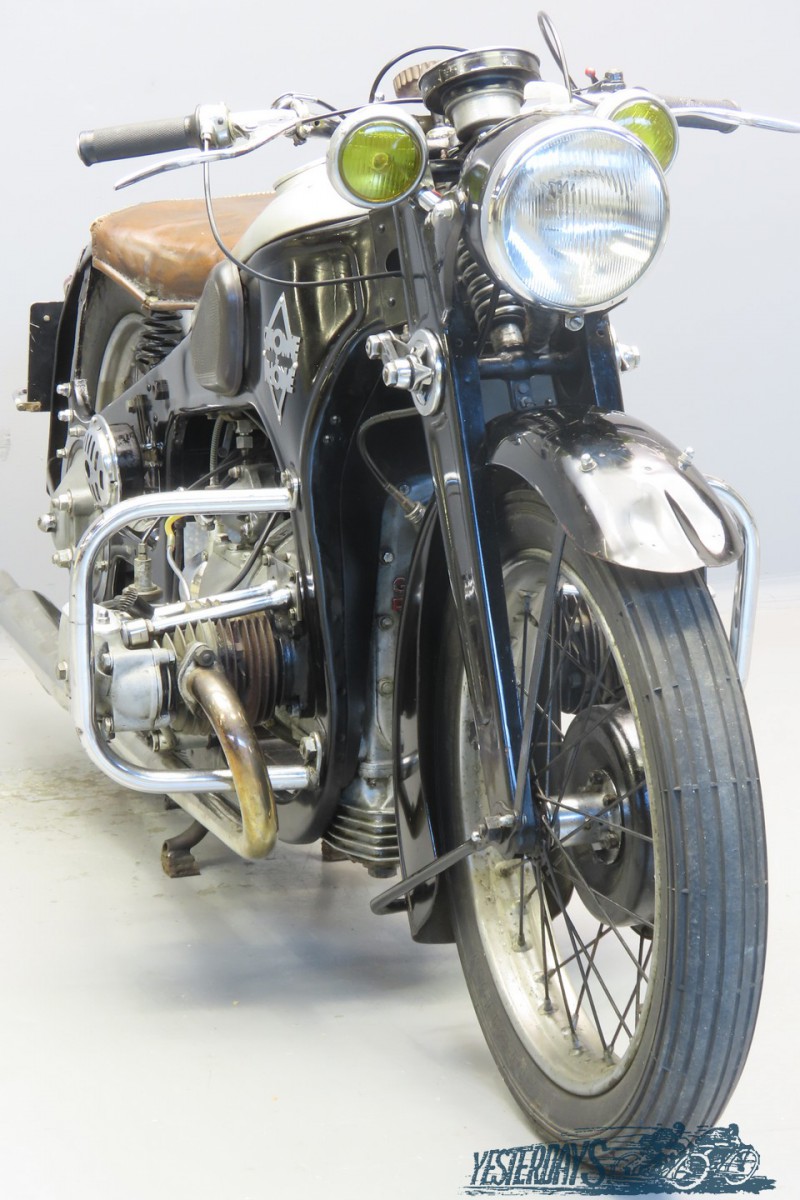 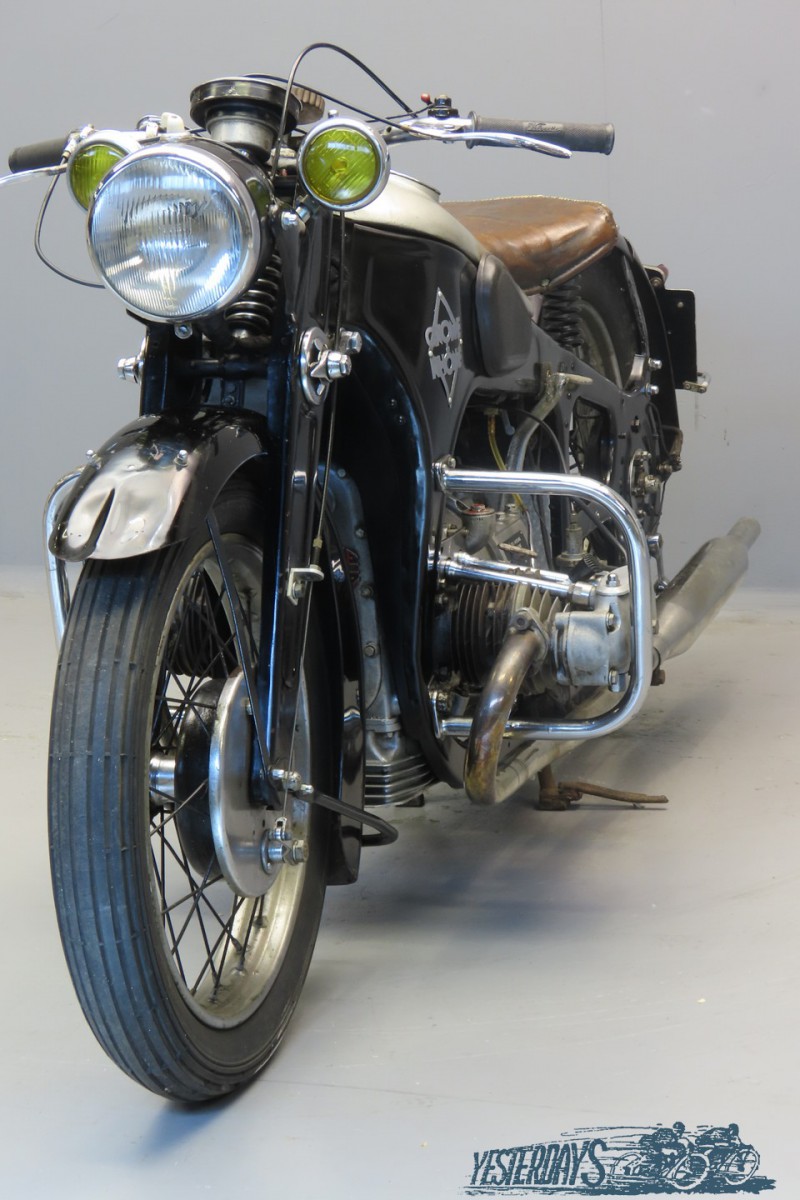 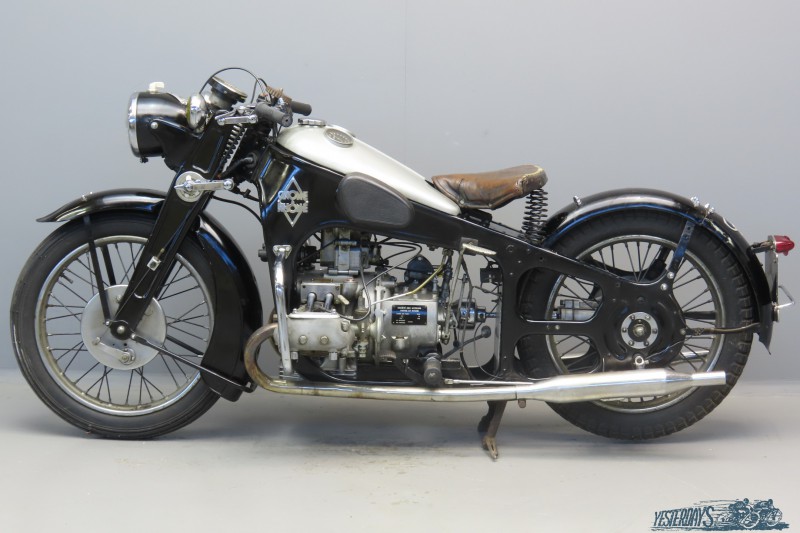 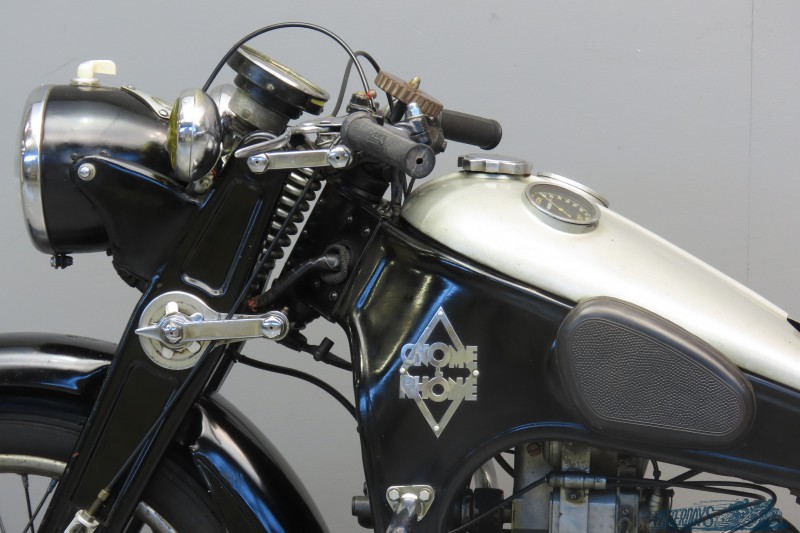 The G&R factory produces airplanes in the First World War.
In 1919 a new line of products is found when the company starts to build the Bradshaw designed flat twin ABC motorcycles under licence.
From 1923 on the Paris-based factory builds machines of their own design, with both side valve and overhead valve engines.
After the Second World War the factory concentrates on small two strokes.
Production ends in 1959.

For the 1931 model year a sensational new model is introduced, a transverse 495cc side valve twin with shaft drive and pressed steel frame and forks.
This model, the “V2”, is a great success and one year later an OHV version is brought out, the “CV2”.
Then, in 1936, a new top-of-the-range model appears: a 750cc version of the “CV2”.
The cycle parts of the new machine are identical but the engine is now of 750cc capacity with bore x stroke dimensions of 80x72mm.
Each cylinder is fed by an Amac carburettor and the machine has a four speed gearbox with choice of hand or foot control.
The new model is designed as a “Grand-Luxe” machine that can be ridden solo or with a sidecar attached.
The luxurious specifications include crash bars, tank top mounted Jaeger speedo and Smiths clock, steering damper, rev counter, amp gauge and side lights.
This particular machine was in the custody of the former owner for 50 years. Remarkably, he hardly rode the machine during this half century but took her out of his garage once or twice a year to polish her and let the engine run.
And, we can imagine, to enjoy the sight of this fine piece of pre-war French technology…