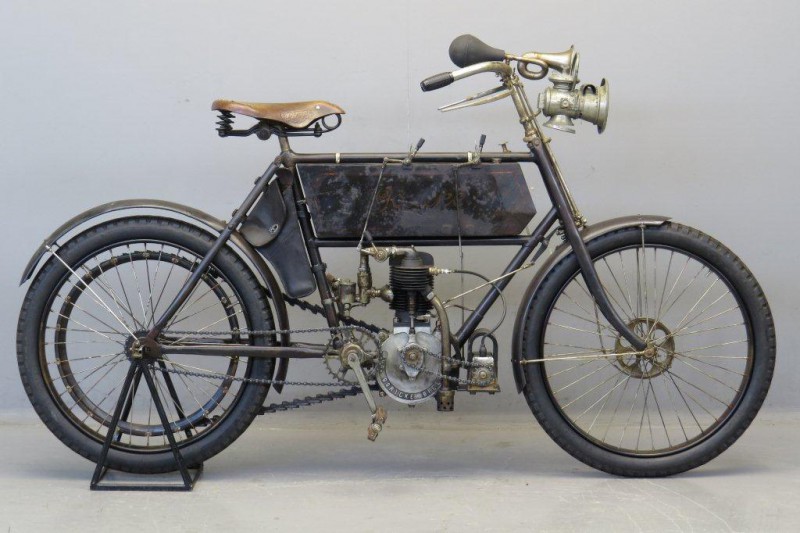 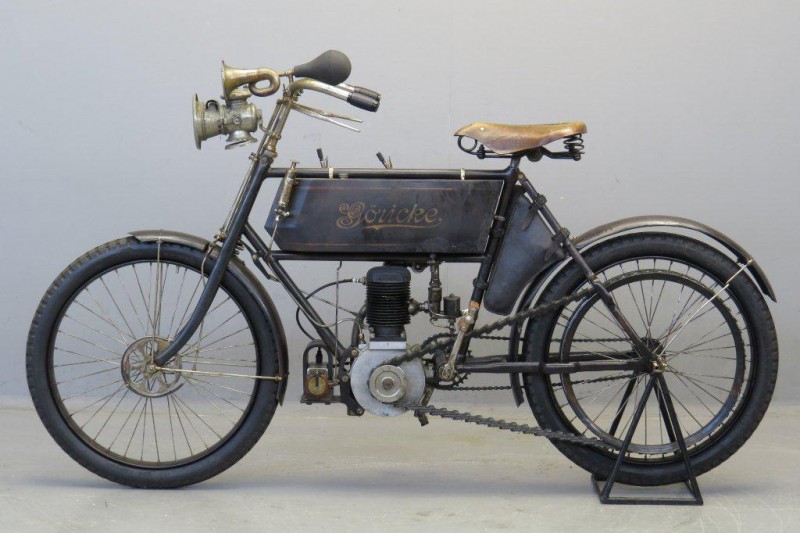 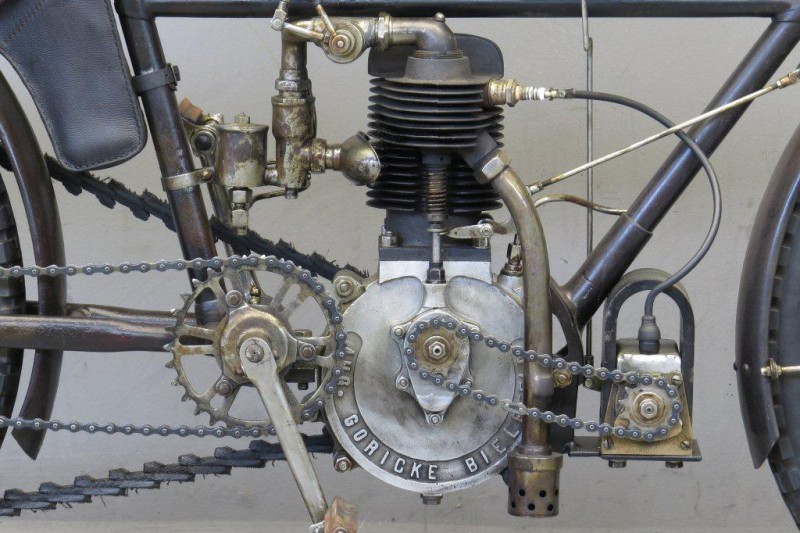 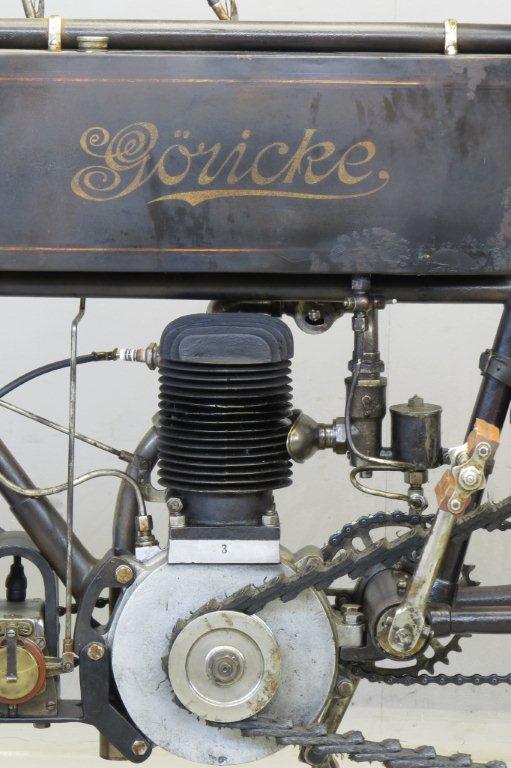 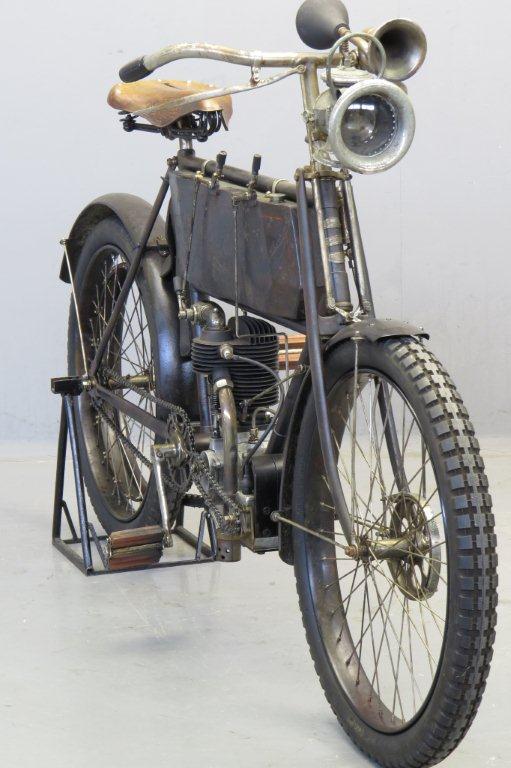 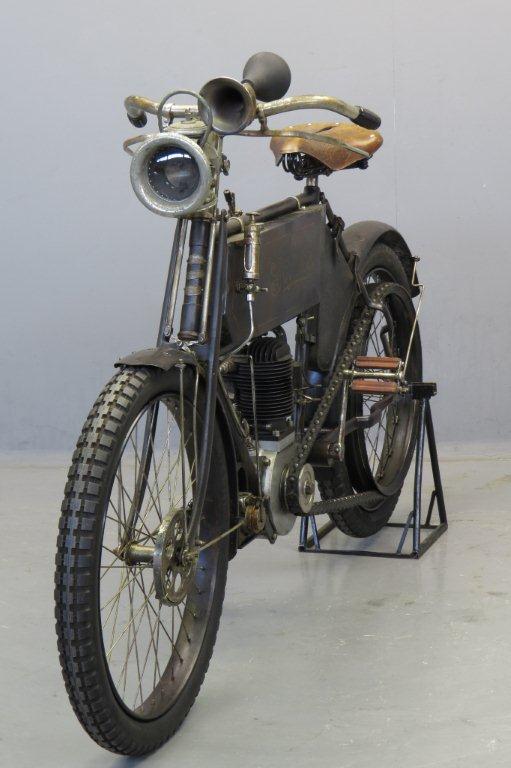 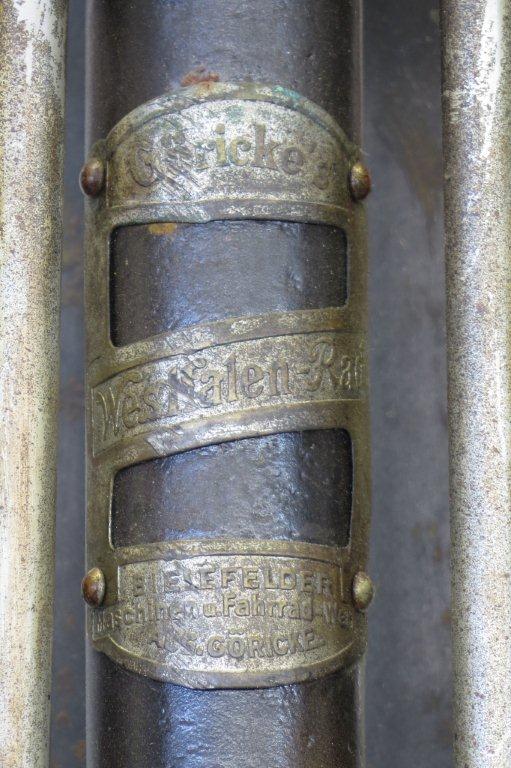 The „Maschinenfabrik August Göricke“ was established as far back as 1874 and would become one of the most important bicycle factories  in the  city of Bielefeld, situated in the Ostwestfalen-Lippe Region in the north-east of North-Rhine Westphalia, Germany.
Initially  Göricke   traded  in  sewing machines but  soon he stepped in the booming bicycle  business and in 1897 he started to produce bicycles himself.
The company name was changed to „Bielefelder Machinen- und Fahrrad-werke Aug. Göricke”and from 1903 motorcycles were produced.
The first models were equipped with  Belgian Antoine engines, produced by Veuve (= widow) Antoine et Fils in Tilff- Liege.
These engines were available in 2 ½ HP and 3 HP versions and they were the brainchild of the young engineer  Paul Kelecom (1875-1951).
This talented designer  would be involved in the engineering of the famous FN four cylinder machine of 1904 and he would be responsible for  the design of many famous FN  racing  machines.
Göricke claims a top speed of 70 km/hour for the 3 HP machine, its weight is 65 kilograms.
Standard ignition system was battery-and-coil, this machine has been fitted with the practical magneto version.
This rare early Göricke comes complete with August Stukenbrok acetylene lamp and bulb horn.
It is unrestored and has a very charming patina.