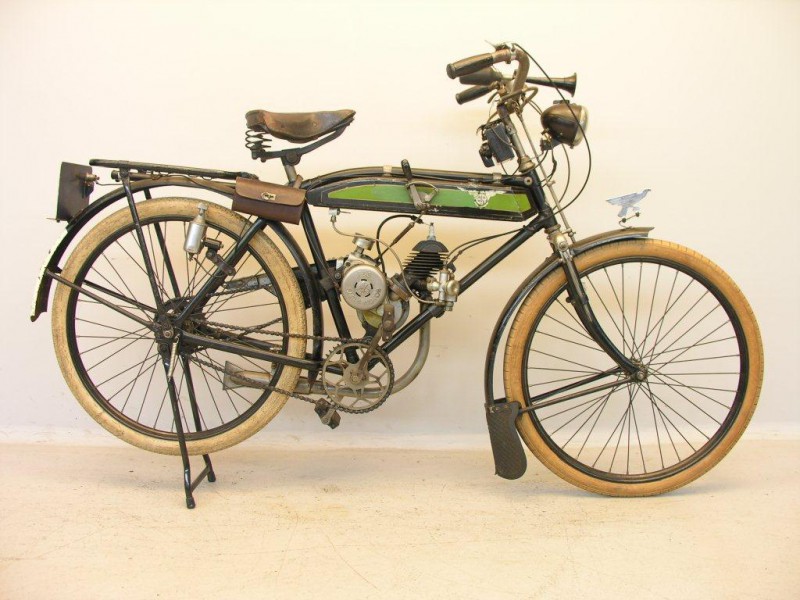 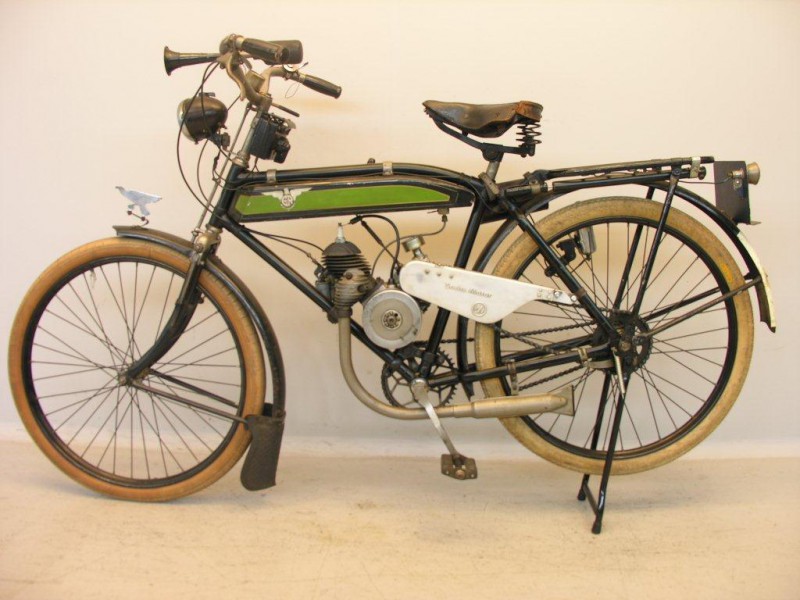 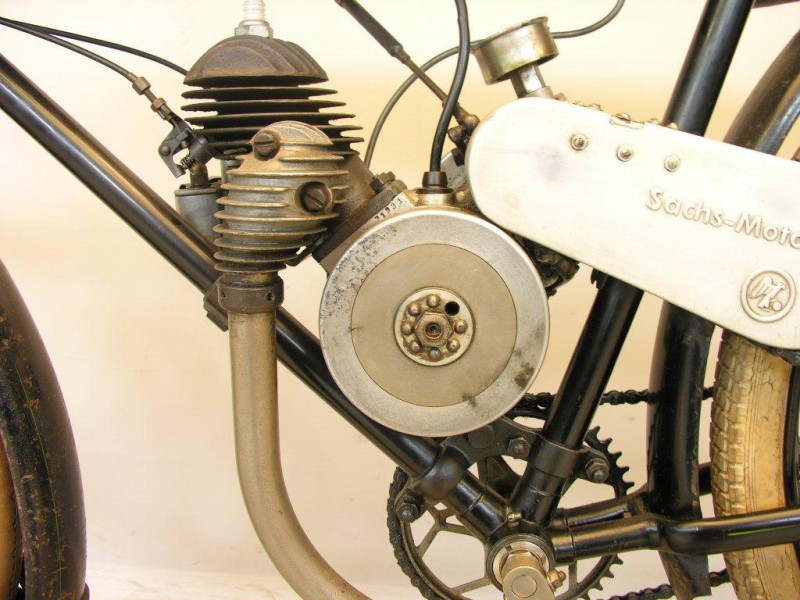 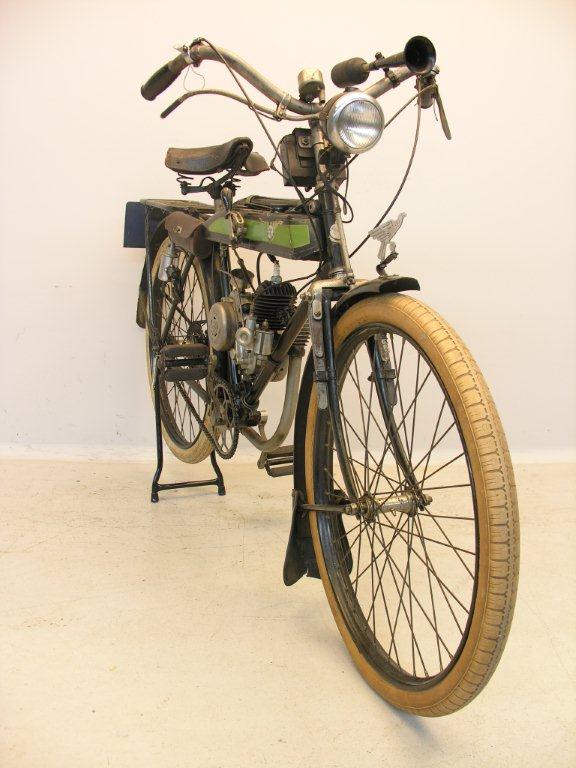 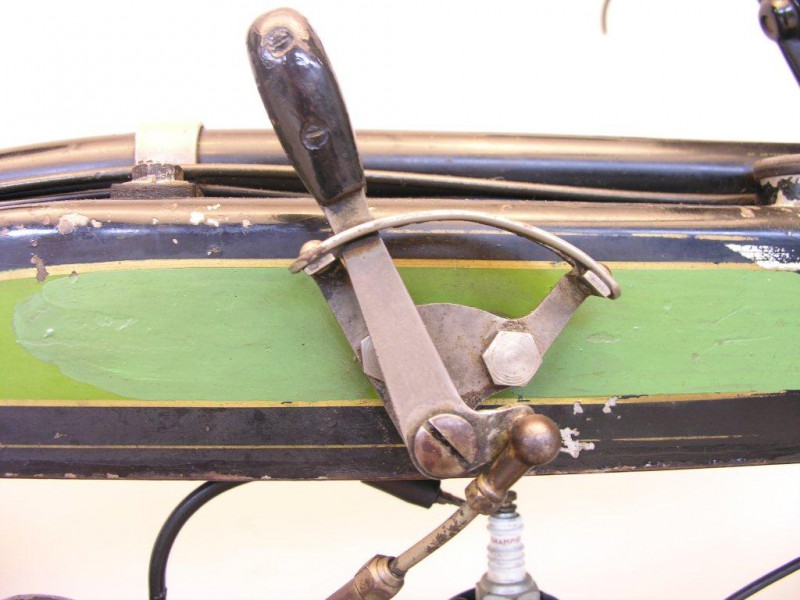 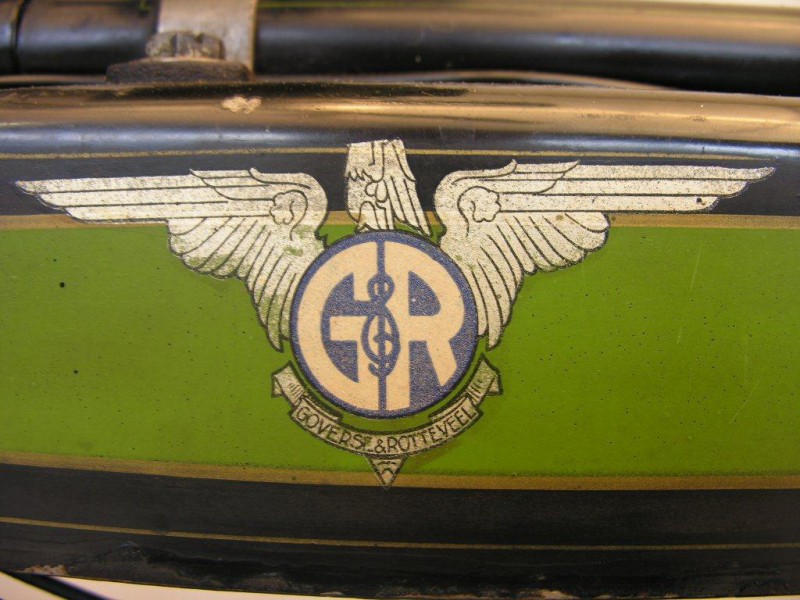 In the  early thirties the popularity of the light motorcycle grew, not only because people had less money to spare, but also because several  satisfactory light engines became available. One such well designed power source was the 74 cc  Sachs engine that was marketed in 1931.
This little two stroke developed 1 ¼ HP @3000 rpm, had two gears and a plate clutch and weighed only 8 kilograms.
A cruising speed of 30 km/hour was easily attainable and the engine was economical, easy to maintain and very reliable.
No wonder then that many  manufacturers fitted this engine in light cycle parts.
The firm of Goverse & Rotteveel was based in The Hague.
It was already operating around 1915 as a wholesale firm that dealt  in bicycles and fittings and marketed bicycles under the “Edison “ brand. Around 1930 the firm operated under the name “Goverse Brothers”.
They were agents of Triumph, Norton and DKW.
In 1931 this firm advertised the “G&R” light motorcycle. It seems only about 10  machines  were made; this charming little machine is the only known survivor and it was bought of the first owner’s son by a collector.
It is in excellent original and unrestored condition and comes complete with many documents related to its history, such as the original bill of sale,  sales brochure,  owners manual & parts list and correspondence  with  the Sachs factory et cetera.