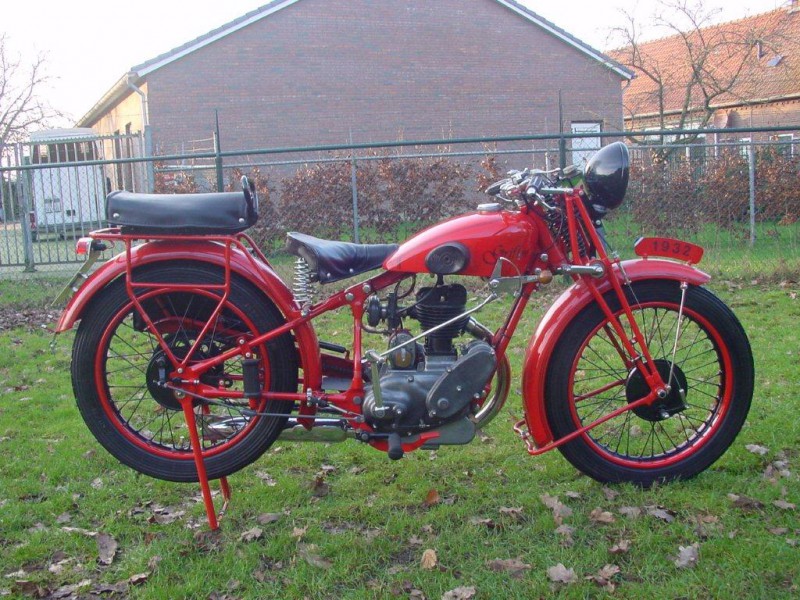 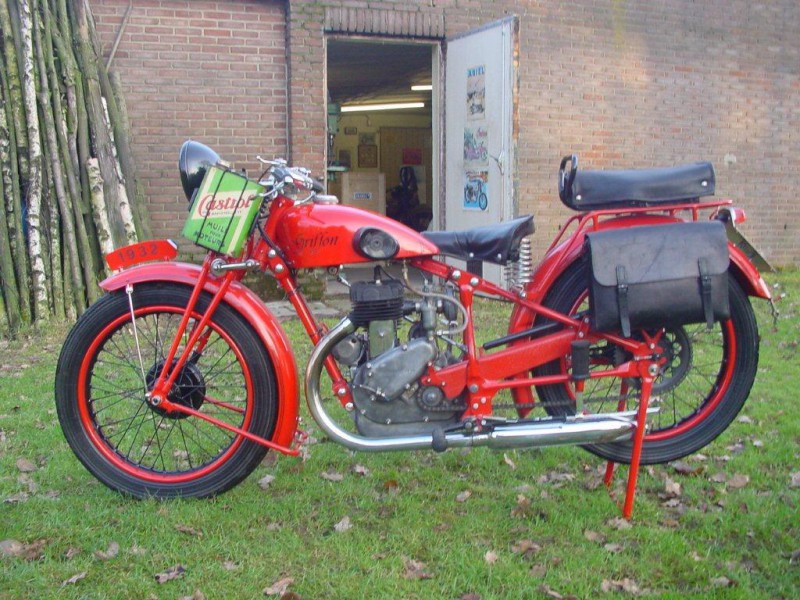 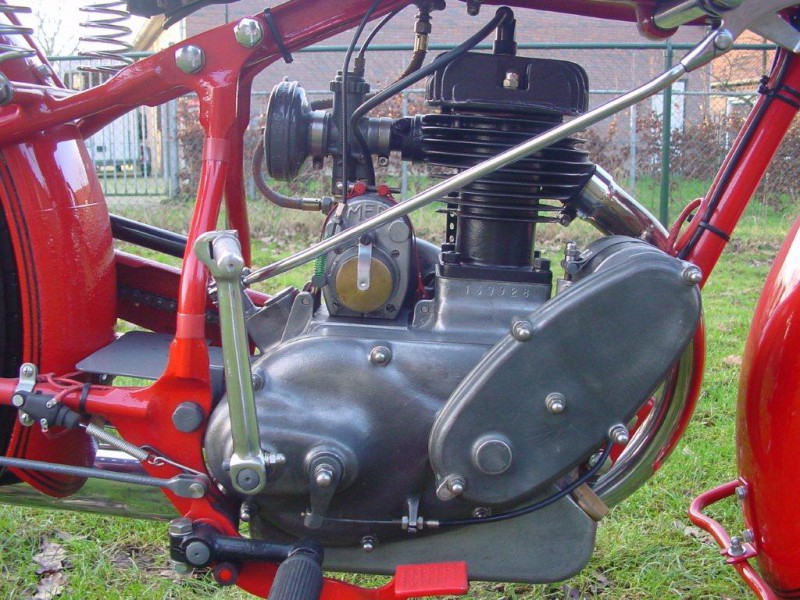 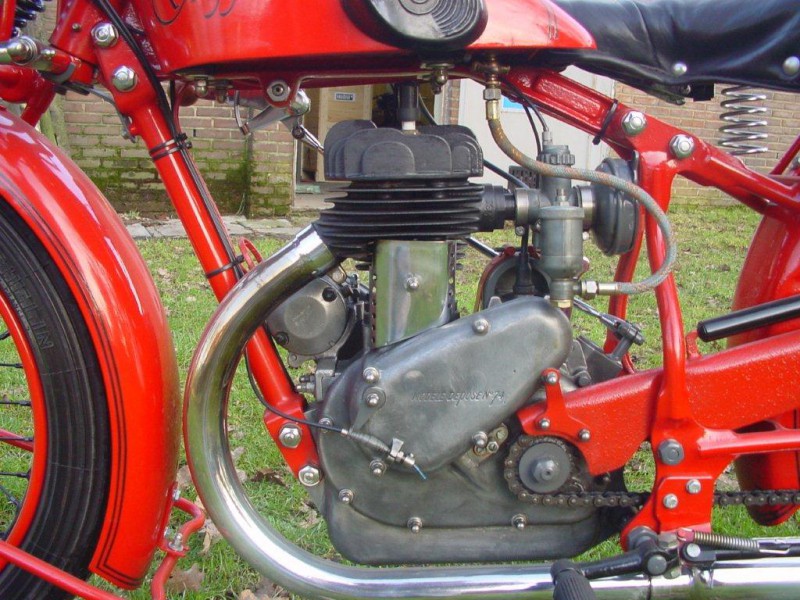 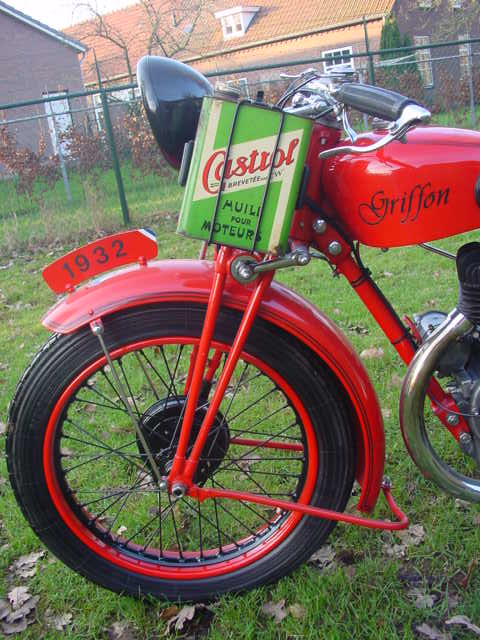 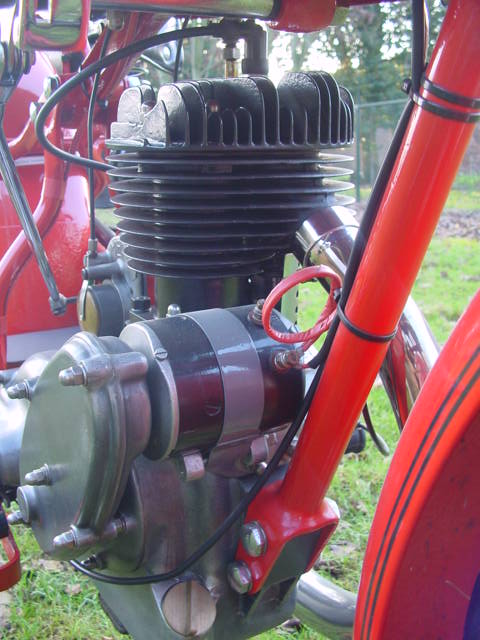 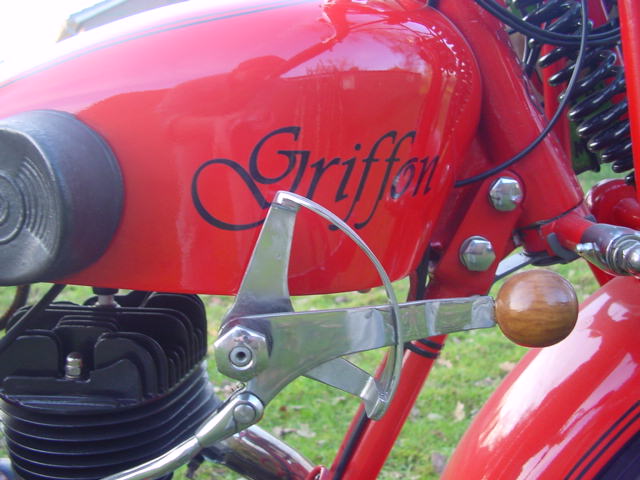 Griffon, based in Courbevoie near Paris,  is one of the oldest French makes: their first motorcycles were built in 1902.
The name relates to the mythical animal that is half lion, half eagle; the animal features in their trade mark.
The Swiss  Z.L. (Zedel) engine was the favourite power source in veteran times, although also Laurin & Klement and Moser engines were built in at some time.
In the twenties the company was taken over by Peugeot. who were among the first in France to use unit construction engines in their machines.
The most well-known of the Peugeot range in the late twenties was the P 107 350 cc side valve.
This Griffon bears a close relationship to this  P 107, although in  some details  the engine differs from the parent company’s engine.