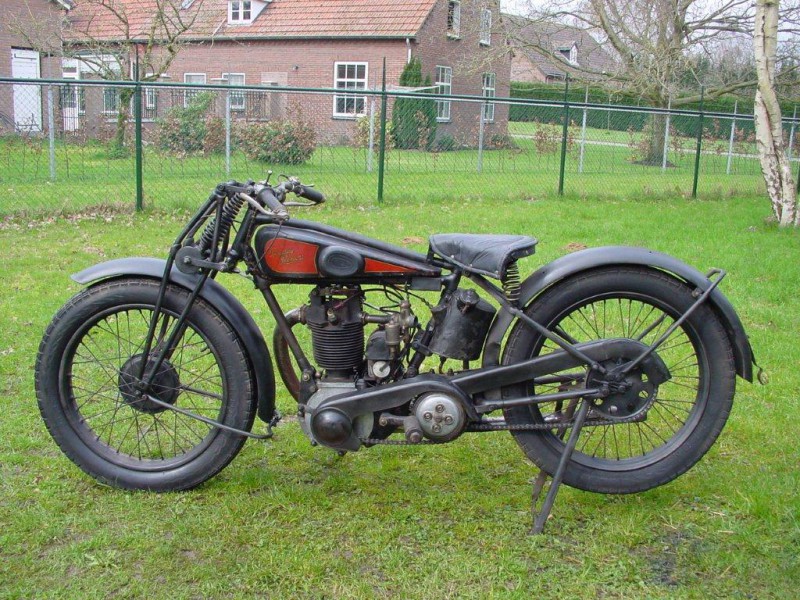 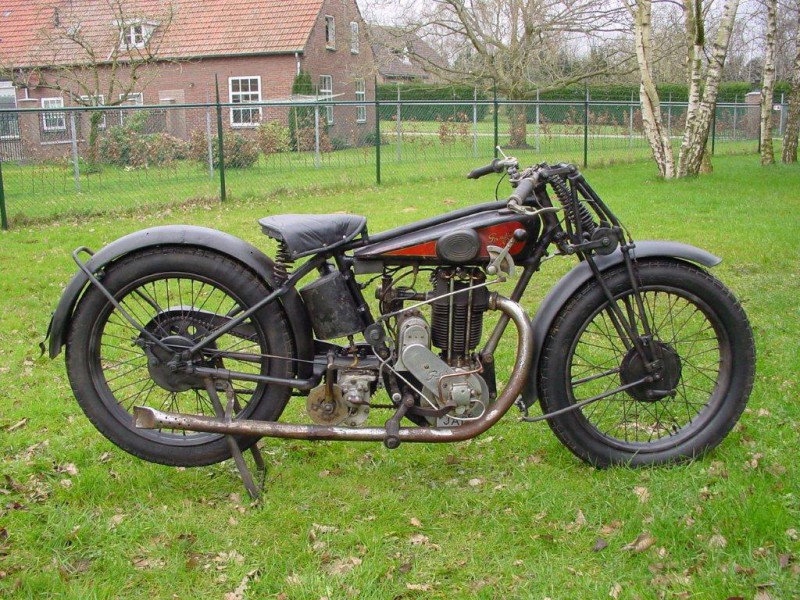 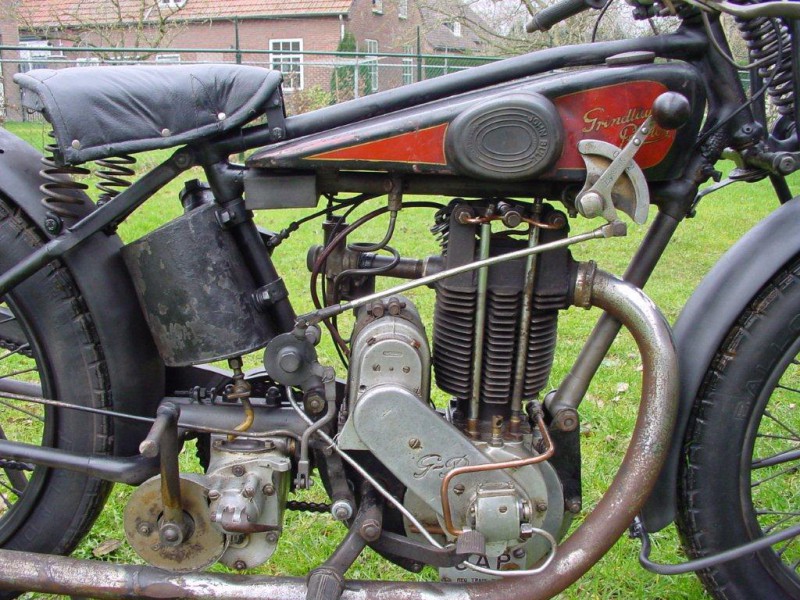 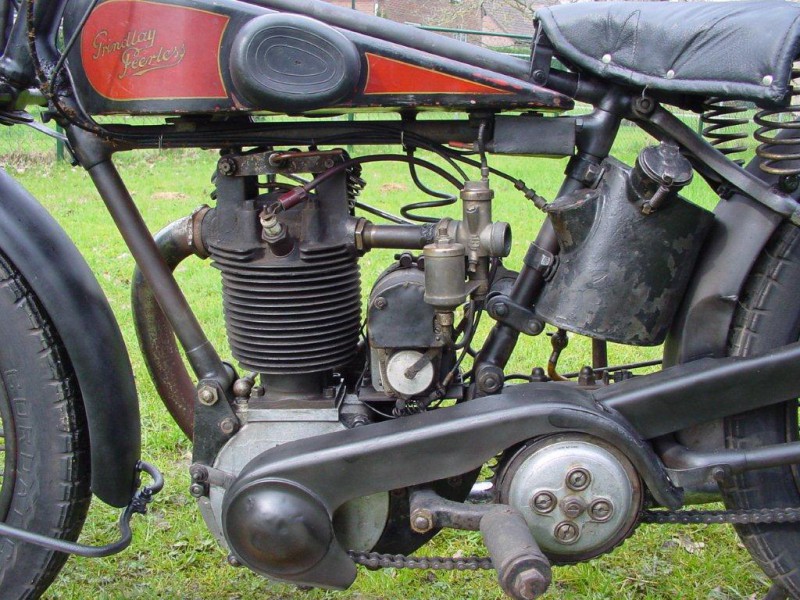 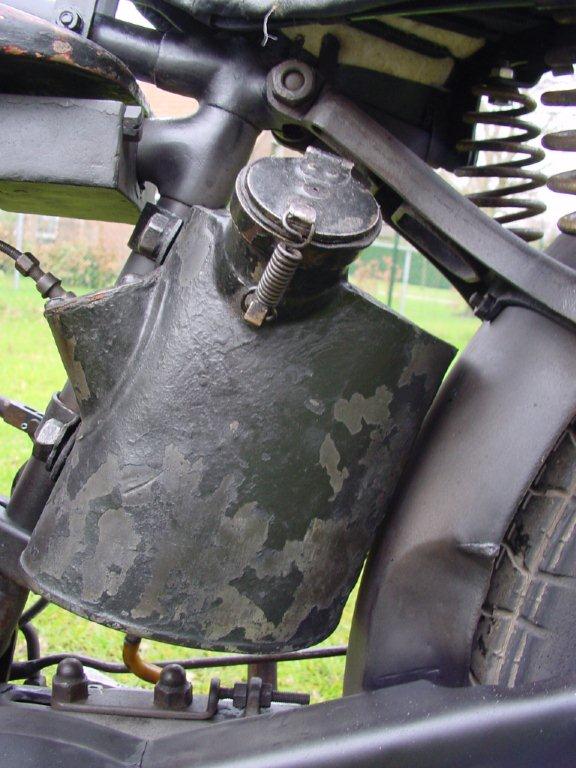 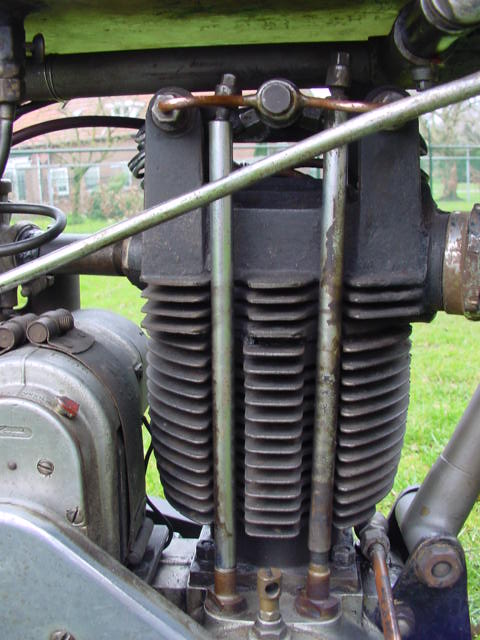 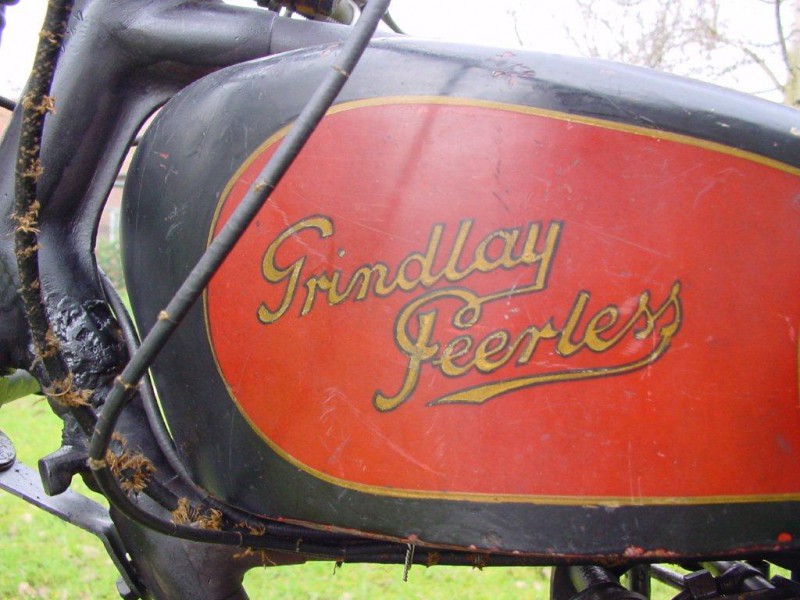 This  company, in motorcycle business from 1923 till 1934, originally was a factory for sidecars.
Sleeve valve Barr& Stroud engines were employed, but most often used were various types of JAP and Villiers engines.
In later years also the Rudge-built  Python four-valve engines were used; the Rudge factory was just a few hundred yards away.
Many speed records were broken by JAP engined Grindlay_Peerless machines, and they were very successful in road races and hill climbs.

This particular model is in unrestored condition and equipped with Bosch magdyno and three speed gearbox.